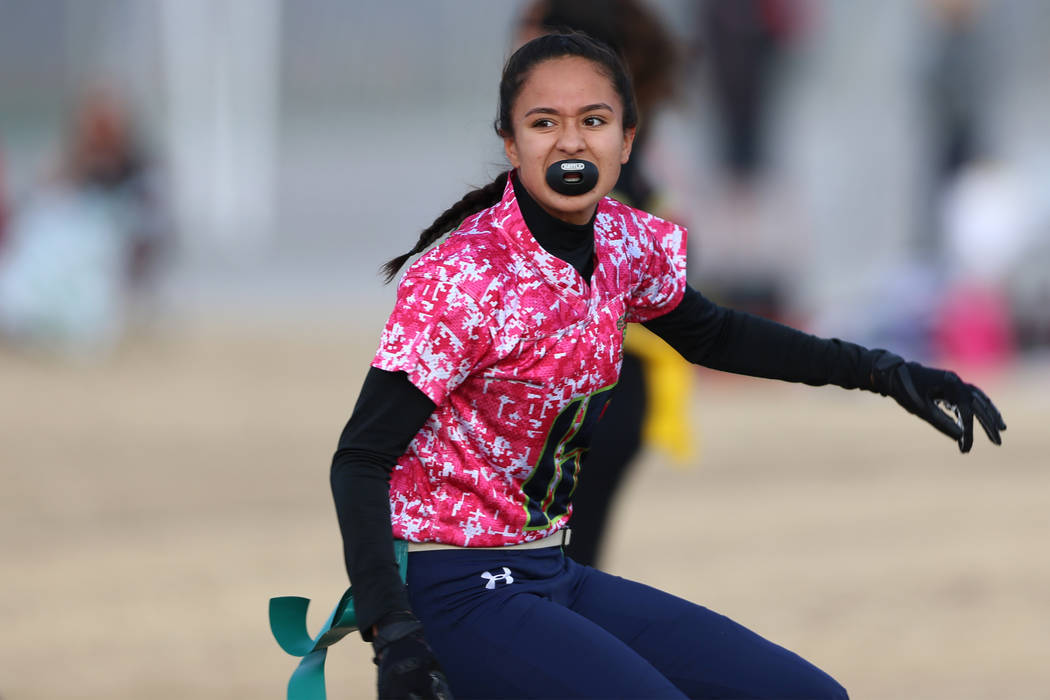 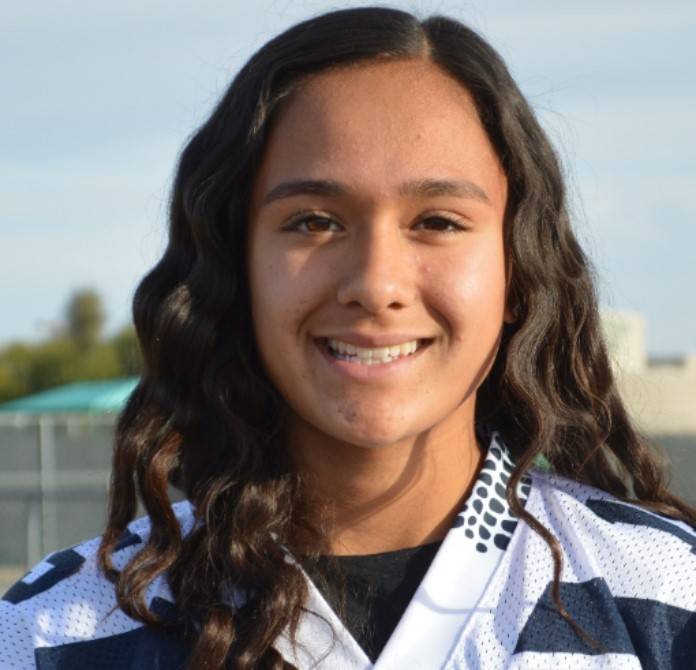 Championship games are usually won by veterans, so it was no surprise Thursday that Green Valley flag football coach David Torrez counted on his 15 seniors to lead the way.

They did not disappoint.

The Gators seized momentum midway through the second quarter and cruised to their second consecutive Class 4A state championship with a 21-0 victory over Las Vegas at Green Valley High.

Senior Jazlyn Camacho caught seven passes for 57 yards, scored a rushing touchdown and returned an interception for a TD for Green Valley (26-1).

Torrez said it all came down to experience.

“We had most of our defense coming back this year, so we knew we were going to stay in games,” he said. “We knew if our quarterback and backfield could pick up where we left off (last year), we’d be OK. They have exceeded expectations.”

The game was scoreless until midway through the second quarter. Cienna Curtis’ interception gave Green Valley good field position, and the offense capitalized when Nicolette De Las Carrera caught a 4-yard pass from Sidney Rood for a TD and 8-0 lead.

Torrez said his team’s 2-point conversion was part of an aggressive game plan.

“We like to put pressure on teams,” he said. “In the postseason, we’ve been going for 2, and I think scoring eight points really gave us some momentum.”

Camacho said she knew the points would come.

“We started a little slow,” she said. “But we kept moving the ball until we scored.”

The offense did not need to move the ball for the next touchdown, as Camacho cut in front of a Wildcats receiver, intercepted the pass and raced 68 yards to the end zone for a 14-0 third-quarter lead.

“I was just reading the play,” said Camacho, a three-year starter. “I just jumped in front and was gone.”

Rood got stronger as the game progressed, leading several dominant drives that appeared to wear down the Las Vegas defense. She completed 16 of 25 passes for 166 yards and a TD.

Camacho scored the final touchdown on a 1-yard run with 3:05 remaining.