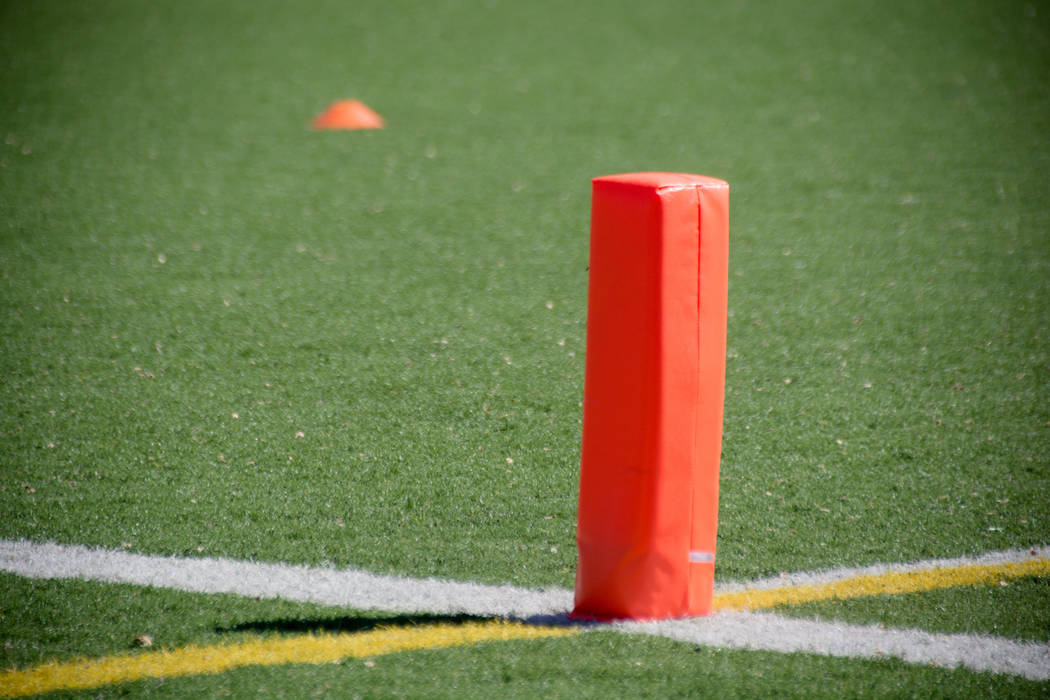 Madison Hearn led the Panthers’ defense with seven tackles and an interception.

Shadow Ridge 40, Bonanza 26 — At Bonanza, Jordan Ford rushed for 242 yards and four touchdowns to left the Mustangs over the Bengals.

Ebonii Starks and Alex McGriff each had an interception for the Mustangs, and Dayvian Diaz and Samantha Guerra each had nine tackles.

Cindylou Rasiang completed 35 of 52 passes for 402 yards and three touchdowns for Bonanza.

Ashley Vasquez caught 12 passes for 192 yards and two TDs, and Evalynn Sandoval had a TD catch for the Bengals (14-6), who also got a rushing touchdown from Charlene Beck.

Jennifer Haberstock completed 21 of 32 passes for 175 yards and a touchdown to help Green Valley stun host Las Vegas, 13-7 in a Sunrise Region semifinal.

Jazlyn Camacho provided a 23-yard interception return for a TD for Green Valley, which got 99 yards on 15 carries from Theresa Caruso.

Gabrielle DeGuzman rushed for 143 yards and a touchdown on nine carries as Tech downed Desert Pines, 19-7 in a Class 3A state quarterfinal in Mesquite.

Rhedisa Sua had seven tackles, a sack and a touchdown reception for the Roadrunners (10-9), and teammate Adriana Carrillo had two interceptions and five tackles.

Taylor Ritayik rushed for 76 yards and a touchdown, and also threw a touchdown pass for Tech, which will visit Virgin Valley (16-3) in a state semifinal at 6 p.m. Tuesday.

Del Sol 32, Mojave 6 — At Cheyenne, Stephanie Tewart tossed three touchdown passes a caught a TD pass to lead the Dragons past the Rattlers.

Tarike Poullard also ran for a touchdown for Del Sol (14-8), which got three interceptions from Butorac and one from Canete.

Del Sol will travel to Cheyenne (14-4) in the other state semifinal at 6 p.m. Tuesday.

Virgin Valley 42, Sunrise Mountain 6 — At Mesquite, Kallie Graves ran for three touchdowns and threw a TD pass as the Bulldogs rolled past the Miners (4-15).

Graves rushed for 122 yards on seven carries and completed 10 of 12 passes for 99 yards.

Katie Zuniga and Emily Teerlink each rushed for a touchdown, and Markell Ludvigson caught a touchdown pass for Virgin Valley, which led 35-0 at the half.

Cheyenne 24, Boulder City 0 — At Cheyenne, the Desert Shields scored two touchdowns in each half and blanked the Eagles.