If you are having problems accessing today’s e-Edition, please click on this link VIEW E-EDITION
Las Vegas Review-Journal
December 14, 2018 - 9:51 pm 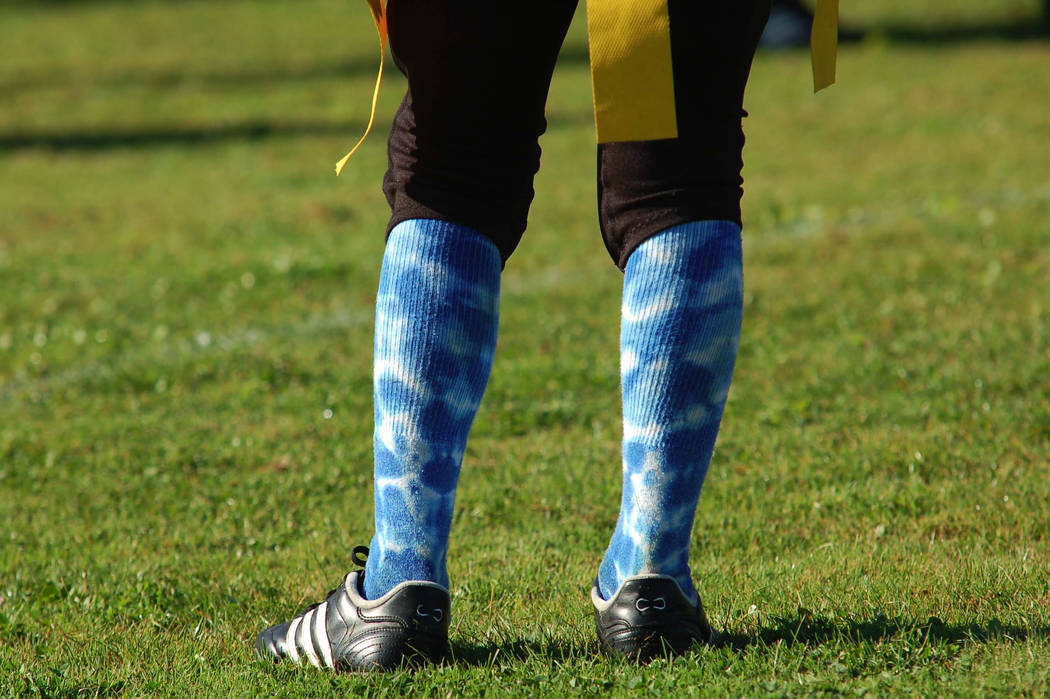 Jennifer Haberstock completed 15 of 24 passes for 171 yards and three touchdowns for the Gators. Christina Mayberry caught all three of Haberstock’s scoring passes.

Rasiang completed 13 of 31 passes for 166 yards and connected with Alicia Kestner and Ashley Vasquez on scoring passes.

Coronado’s Kaylin Hall completed 17 of 37 passes for 163 yards and two touchdowns. Reagan Raimer and Sydnee Hansen each caught one of Hall’s scoring passes.

Chaparral 25, Valley 12 — At Chaparral, Vanessa Sanchez rushed for two touchdowns and had two interceptions to help the Cowboys down the Vikings.

I’Asia Mack rushed for 106 yards and a touchdown on 10 carries, and teammate Bree’jahn Banks caught a touchdown pass for Chaparral.

Tyler Rhoads caught two passes for 27 yards and two touchdowns for the Wildcats, who also got touchdown catches from Andrea Lozano, Victoria Barney and Aranza Sepulveda.

Tech 31, Bishop Gorman 7 — At Tech, Taylor Ritayik threw three touchdown passes and ran for a score to lead the Roadrunners by the Gaels.

DeGuzman also rushed for 131 yards and a touchdown on 12 carries for Tech.

Legacy 30, Cheyenne 0 — At Cheyenne, Jaylyn Joule threw for 286 yards and four touchdowns as the Longhorns blanked the Desert Shields.

Mikaela Nunez caught seven passes for 181 yards and two touchdowns and had eight tackles for Legacy.

Virgin Valley 38, Sunrise Mountain 6 — At Mesquite, Nikita Eskelsen and Rainee Brito each rushed for two touchdowns to lead the Bulldogs by the Miners.

Eskelsen rushed for 130 yards on 14 carries.

Arnelle Jones rushed for 122 yards and two touchdowns on just four carries for Del Sol, which also got TD runs from Angel Hodges and Mariah Barajas.

Canyon Springs 25, Rancho 0 — At Rancho, Alexis Mathis ran for 217 yards and a touchdown as the Pioneers blanked the Rams.

Taylor Brown threw for 81 yards and two touchdowns for the Pioneers. Amaurie Carroll and Ashley Palacios each caught a touchdown pass.