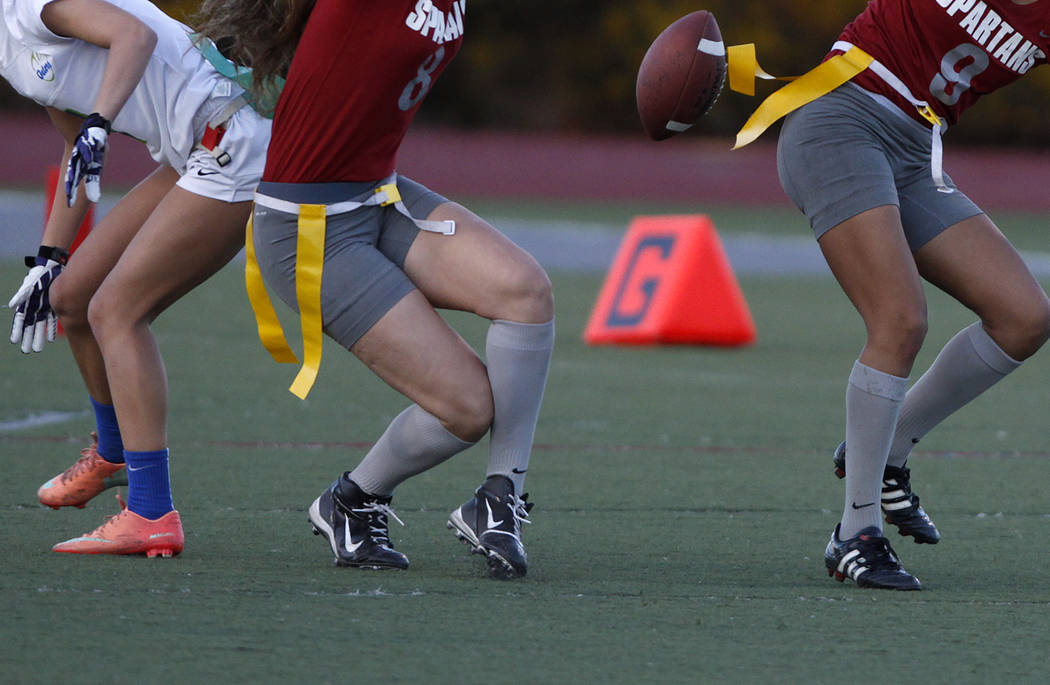 Tiarra Del Rosario completed 28 of 33 passes for 283 yards and eight touchdowns, and supplied 77 yards rushing to lead Cimarron-Memorial’s flag football team to a 56-26 win at Bonanza.

The eight TD passes was a state record.

Natasha Obradovic caught 10 passed for 78 yards and a state record-tying five TDs, and Dina Lee hauled in 10 passes for 142 yards and two scores for the Spartans, who got a receiving touchdown from Mya’Liah Bethea. Alejandra Rojas supplied two interceptions for the Spartans.

Cindylou Raisang completed 21 of 35 passes for 296 yards and four touchdowns to lead Bonanza. Alicia Kestner had 10 catches for 87 yards and two touchdowns, and Ashley Vasquez added five catches for 114 yards and a TD for the Bengals.

Rickard completed 6 of 15 passes for 139 yards. She tossed two touchdown passes to Ashlyn Tuss and one to Ruby Martinez.

Tuss also rushed for 170 yards and a touchdown on 17 carries.

Denae Benites caught two TDs, and Jocelyn Grecco supplied a receiving score for Centennial, which got an interception from Dominique Dorsey.

Silverado 18, Clark 12 — At Silverado, the Skyhawks topped the Chargers.