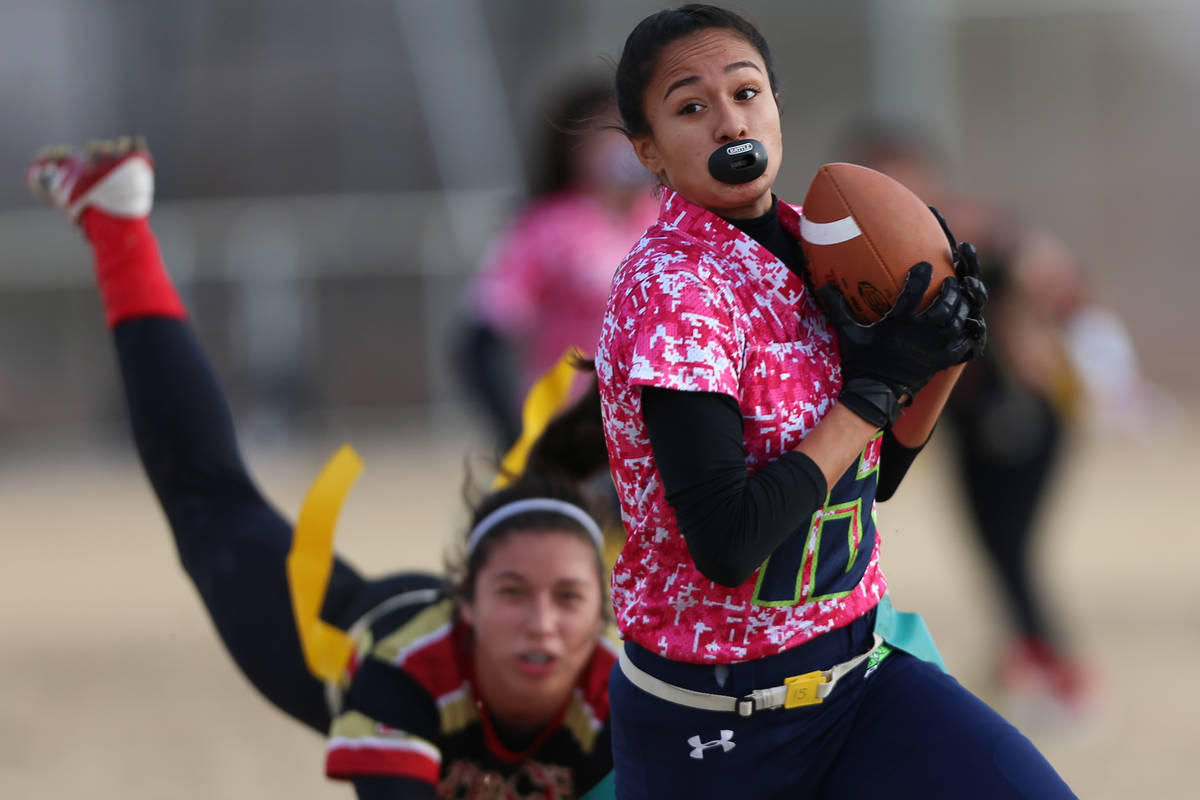 Girls who want to pursue athletic careers beyond high school had another option open earlier this week.

That’s when the National Association of Intercollegiate Athletics (NAIA) announced it is teaming up with the NFL and its NFL FLAG arm and Reigning Champs Experiences to add women’s flag football as a varsity sport starting in spring 2021.

“I didn’t think it would come this soon, so it’s exciting because it’s a huge opportunity,” said Green Valley upcoming senior linebacker Alexa Mansur, who helped the Gators win the past two Class 4A state championships. “I’ve been playing flag for the past three years and imagining when it would become a college sport. I thought maybe my kids would be able to play it someday.”

According to a statement on the NAIA website, it will begin working with NFL FLAG and RCX, a youth-sports experience business, to outline competition guidelines and next steps for schools and conferences interested in adding a flag football program.

About 15 schools have confirmed their interest, which would give it emerging sport status. A minimum of 40 schools must compete for a sport to be considered for full championship status.

When their respective programs began, coaches Jon Hicks at Las Vegas and David Torrez at Green Valley both said they thought flag football would be a college sport within 10 years. But even they didn’t expect it to come this quickly.

“All the girls have a blast playing the game, and they’re sad when their career is over,” Torrez said. “Now that they have a chance to play in the college ranks, I see a lot more girls coming out.”

Girls in Southern Nevada could be in a unique position to benefit from flag football’s addition.

According to the 2018-19 high school athletics participation survey conducted by the National Federation of State High School Associations, seven states offer flag football as a varsity sport with 11,209 athletes participating.

Nevada has the second-most teams with 36 and athletes with 1,881 — all of them in Southern Nevada — trailing only the 278 teams and 7,683 athletes playing flag football in Florida.

“I think it’s a huge advantage for our girls,” Hicks said. “You see that in any sport. When an athlete is able to start at an early age, they have an advantage as far as moving on to the next level. They understand the competitiveness of the sport and how to handle certain situations within the game.”

Torrez said he hopes flag football will have success at the NAIA level and the NCAA will take a hard look at adding it. Maybe, he said, there will be a UNLV flag football team.

Especially after this week’s announcement by the NAIA, it’s not such a far-fetched notion, and it’s already providing motivation for the athletes involved in the sport.

“We always knew it wasn’t a college sport, so we just worked hard toward it to have fun,” said Green Valley upcoming senior Cuicani Waialae, who plays several positions on both sides of the ball. “Now we get to work toward a bigger motivation.”