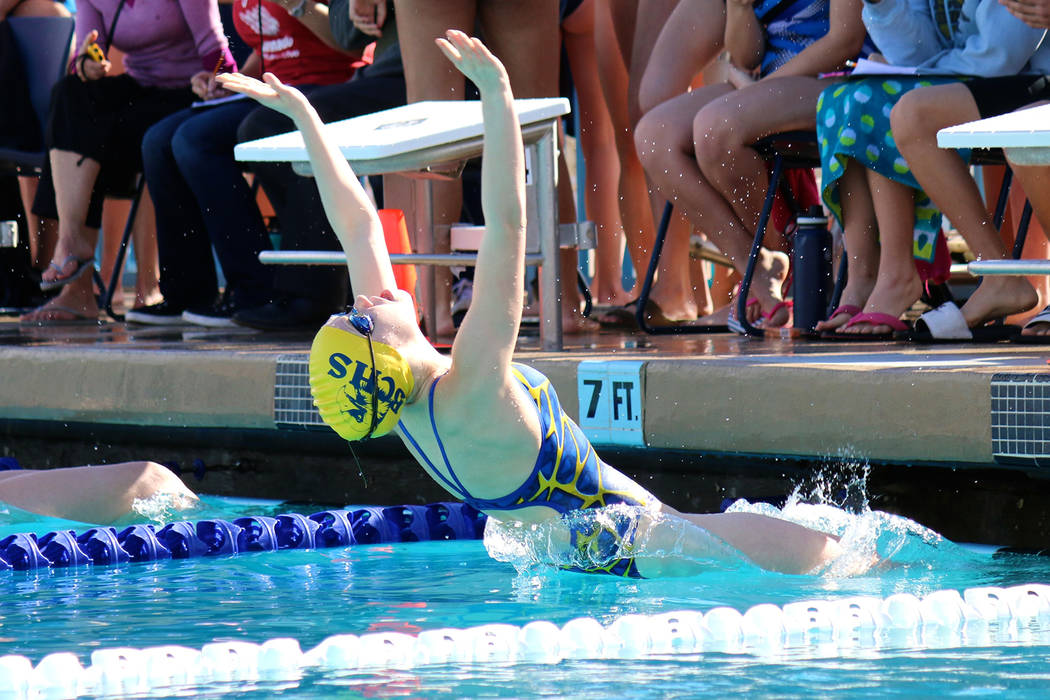 Laura Hubel/Boulder City Review
Boulder City High’s Quinci Thomas, a sophomore, powers off the start for the Eagles’ A relay team of Annika Freiburger, Rose Pouch and Audrey Selinger in the 200-yard medley during Tuesday’s meet against Moapa Valley and Desert Pines. Results were unavailable at press time and will appear in next week’s issue. 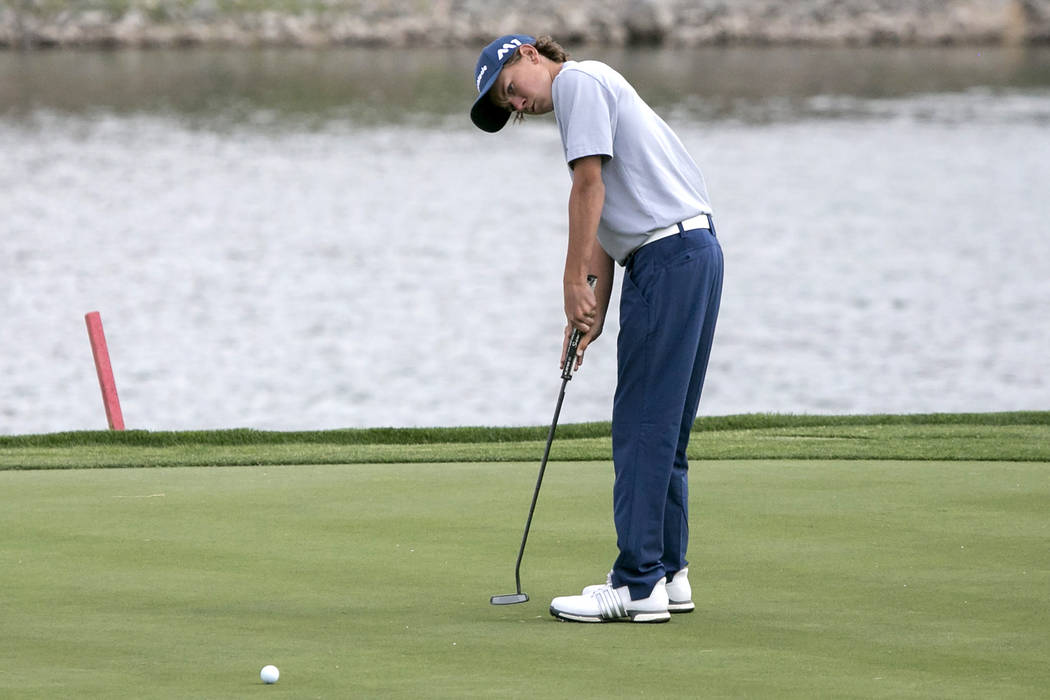 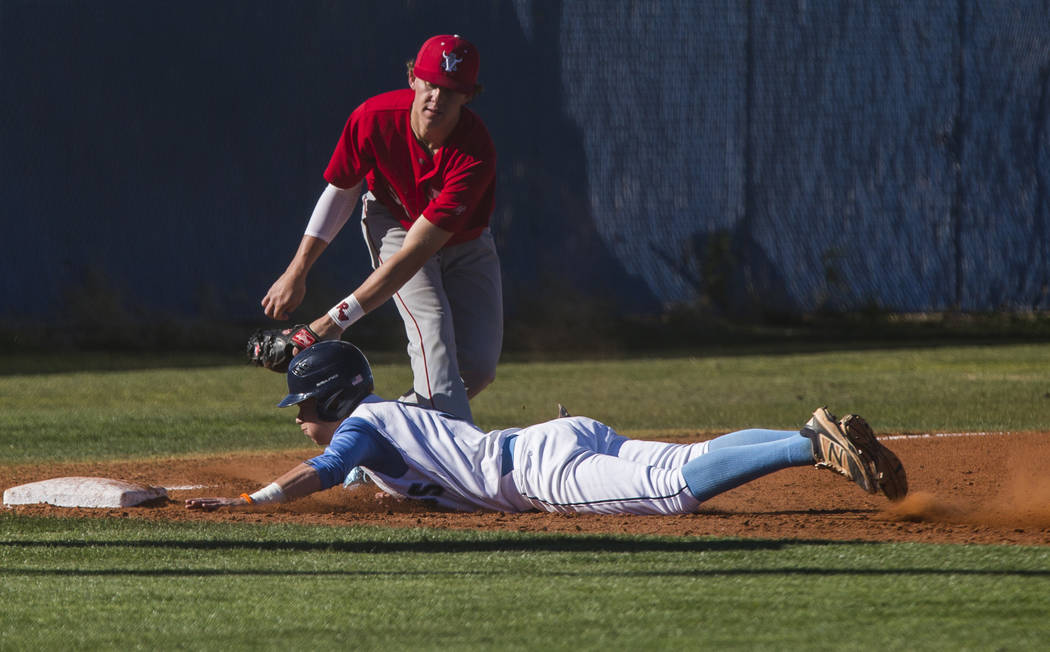 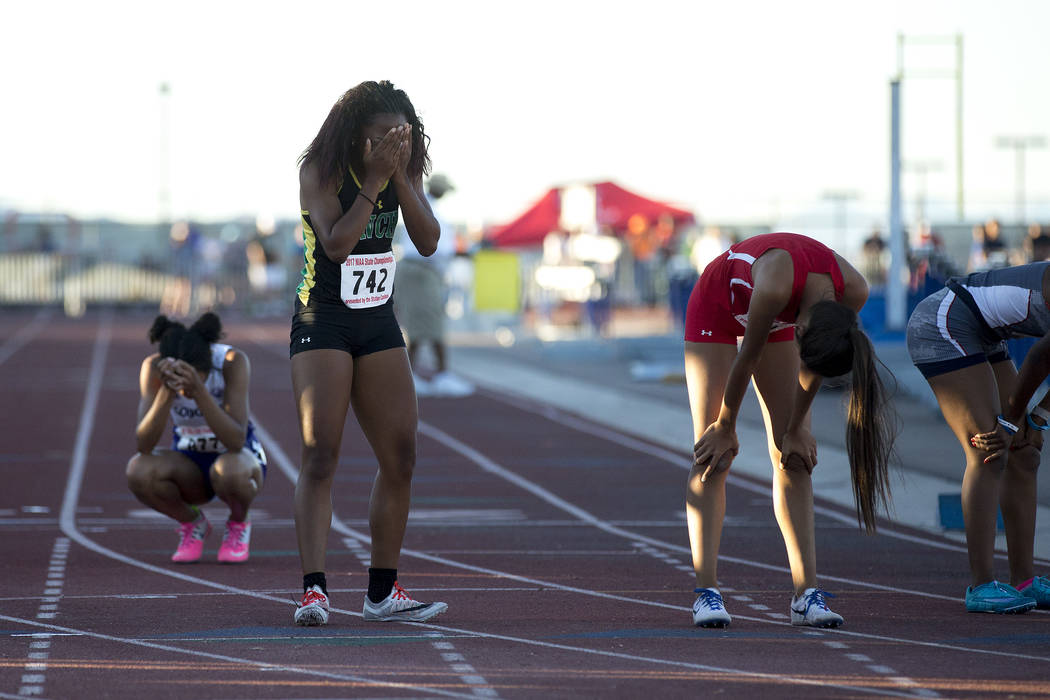 The senior went 10-for-14 with three doubles, five home runs and 17 RBIs to lead the Aggies to four wins. He also pitched a complete game, allowing no earned runs on four hits and striking out six.

The sophomore won the Southern Nevada Invitational by shooting 2-under 141 over the 36-hole tournament. He helped the Cougars win the team title over the top local teams and two California schools.

In three games last week, the sophomore went 7-for-12 with three doubles, a triple, a homer, 14 RBIs and seven runs to power the Spartans to a three-game sweep of Legacy.