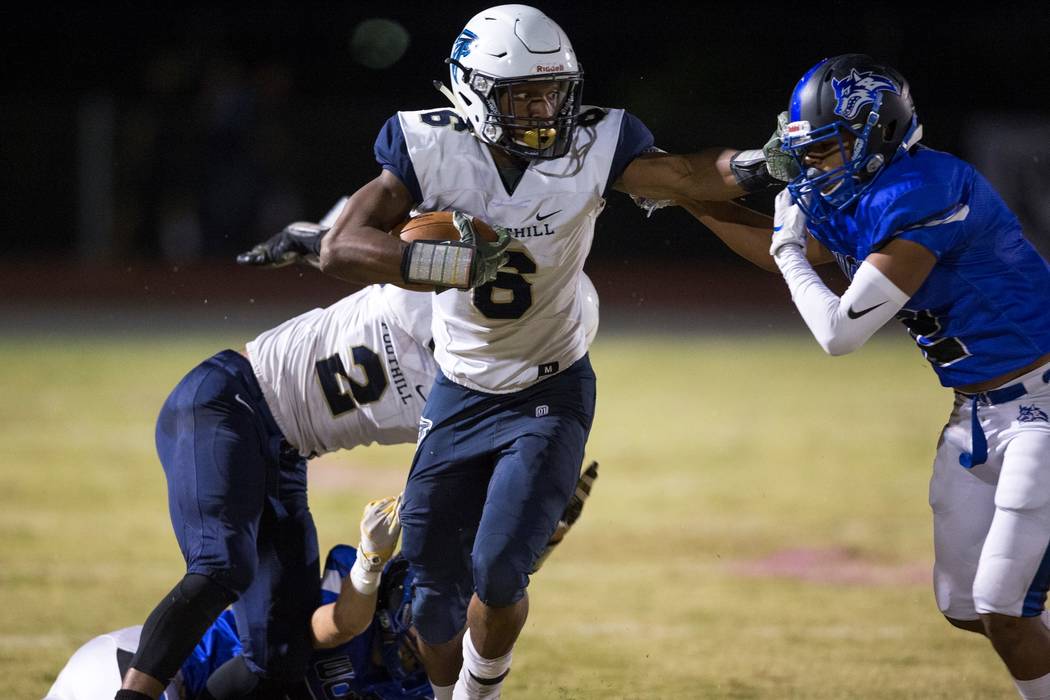 This game could decide the Southeast League title, as the undefeated Falcons host the Patriots. Foothill is the area’s last undefeated Class 4A squad, and is ranked No. 4. Liberty brings a No. 3 ranking, but trails Foothill by a game in the standings.

The Jaguars were less-than dominant in a 15-8 win over Legacy last week, and will look for a better performance against a Wildcats squad that’s still fighting for a playoff spot.

The battle for the “Victory Hammer” won’t have any impact on the standings this season. But it’s always an intense rivalry, and will essentially be Virgin Valley’s Super Bowl now that the Bulldogs have been eliminated from playoff contention.

Centennial and Clark won region titles last week, and both are seeking their first state championship. With no Coronado in this year’s field, there will be a new champ for the first time since 2013. The tournament concludes Tuesday.

Fresh off a Southern Region title, Pahrump Valley will be seeking its first state title since 2007.

Two of the top teams in Mountain League meet with postseason seeding on the line. It would not be a surprise if this is not the last time these squads see each other this season.

If the seeding falls right, we could see this game again next Wednesday in the postseason. It’s an excellent chance for Desert Pines to earn its stripes against a strong Bengals team.

Last year’s region champions meet in Henderson, as the Cougars look to cap a Desert League season without a loss. If Coronado loses on Monday, this could be a league title game.

The ship may have sailed on catching the Crusaders in the Mountain League, but the Bulldogs can make a statement before the postseason begins with a road win over the Crusaders.

The top four seeds get a bye, so this will be an important one for both squads, who are right on the brink. This game could decide who has to play next Tuesday and who gets the extra day of rest.

It almost feels like the girls soccer season is coming down to this game. Both enter the week without a loss, Coronado is No. 1 in the coaches poll and Gorman is No. 7 nationally. If both teams win their games Monday, this will be the Desert League title game. Coronado needs a win, Gorman can take the crown with a win or a draw.

The two region runners-up face off in a Class 4A state quarterfinal. The rest of the tournament gets going on Wednesday in Reno. The individual tournament begins on Thursday.

A Class 4A state quarterfinal match pitting the Mountain Region runner-up Panthers against the Desert Region runner-up Gaels. The rest of the tournament starts Wednesday at Bishop Manogue High in Reno.

The Diamondbacks travel to play the Trailblazers in a high stakes Desert League showdown as both teams have one loss in league play.

The Gators and Cougars both have two losses and league play and are jostling for playoff seeding as the regular season comes to its conclusion. 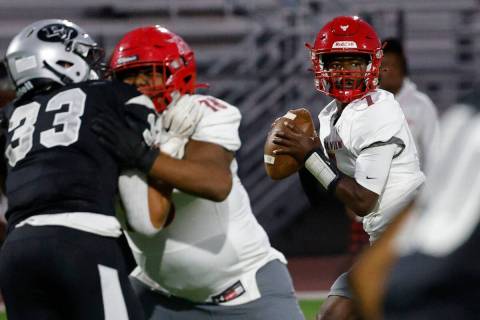 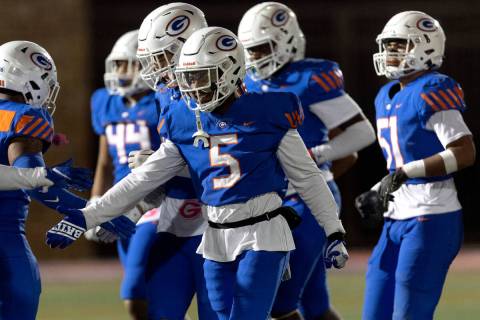 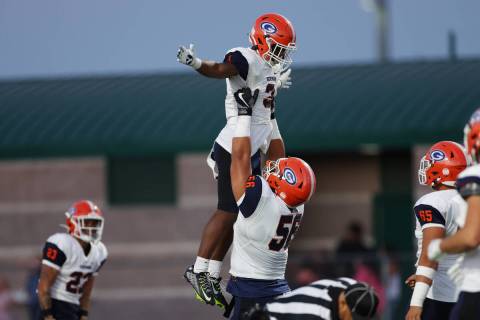