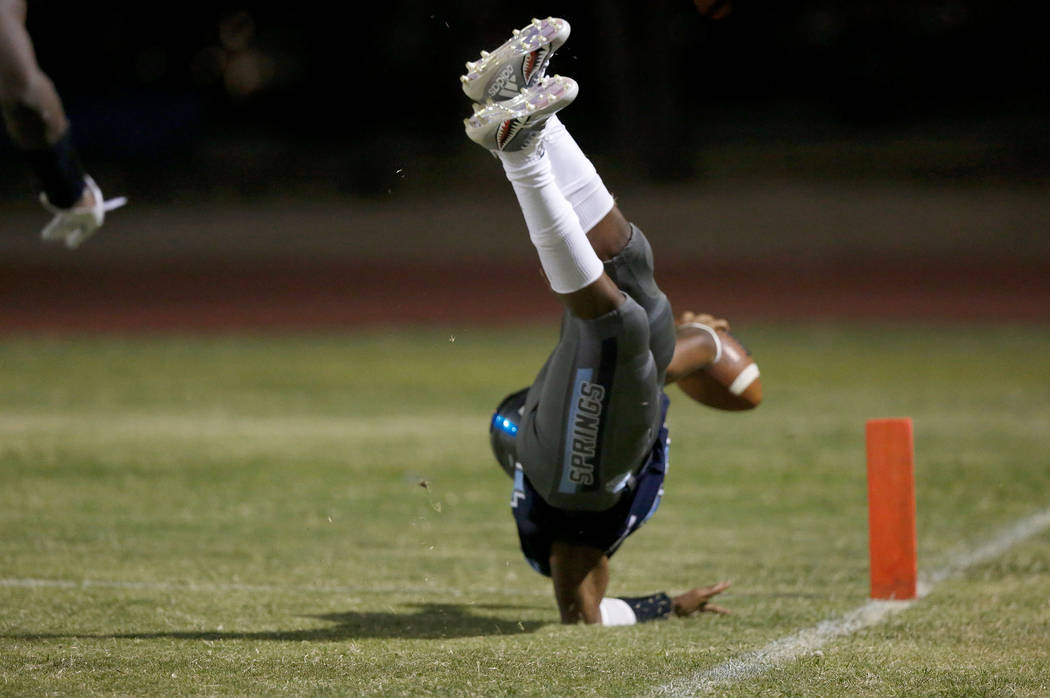 The meet will feature 3.1-mile high school races, starting with a freshman-sophomore girls race at 8 a.m. The junior-senior races begin at 9 a.m.

A showdown between the favorites in the Northeast League. Both are coming off lopsided losses.

The Bulldogs have earned a spot in the top 10 this seaosn after winning just one game last fall. They get a big test against a Crusaders squad that is trying to shake off a 1-3 start.

Chargers sophomore Riana Mission has been nearly unstoppable this season, and it will be fun to see what she can do playing loose in a dual meet.

In what could be the game of the year the Panthers take their No. 22 national ranking to visit the Sundevils, who are ranked No. 8 in the western region which includes eight states.

Two of the top teams in the Mountain League, and perhaps the whole state, meet in a match that will have big playoff seeding implications. Both are undefeated in league play.

The Roadrunners have been the story of the year in the Desert League so far, grabbing a spot in the coaches top 10. But they travel to see the Trailblazers, a team intent on improving after last year’s Southwest League title.

The Diamondbacks have quietly put together a solid few years as Southwest League contenders and look to carry that success into the Desert League. They visit the Gaels, who are ranked No. 8 in the nation.

The best rivalry in the northwest part of town lives on this year, and for the first time in awhile the Aggies do not have “defending champion” in front of their name. The Panthers are raked No. 5, the Aggies No. 6

The Gaels are 8-1 in Desert League competition and will take on the Patriots, who at 7-3, are one of the better teams in the league and will look to end the regular season on a high note.

The Cougars are 8-0 entering the final week of the regular season and will continue their pursuit of perfection against the Wolves, who are 5-4 in league play and could bolster their postseason chances with a win.

The Cougars, unbeaten in Desert League competition, will take a trip to play the rival Falcons, who are looking to get on track in the league after an up-and-down non-league schedule.

The Wildcats and Crusaders are jostling for position in the Mountain League and both could use a victory as they prepare for the final month of the regular season.