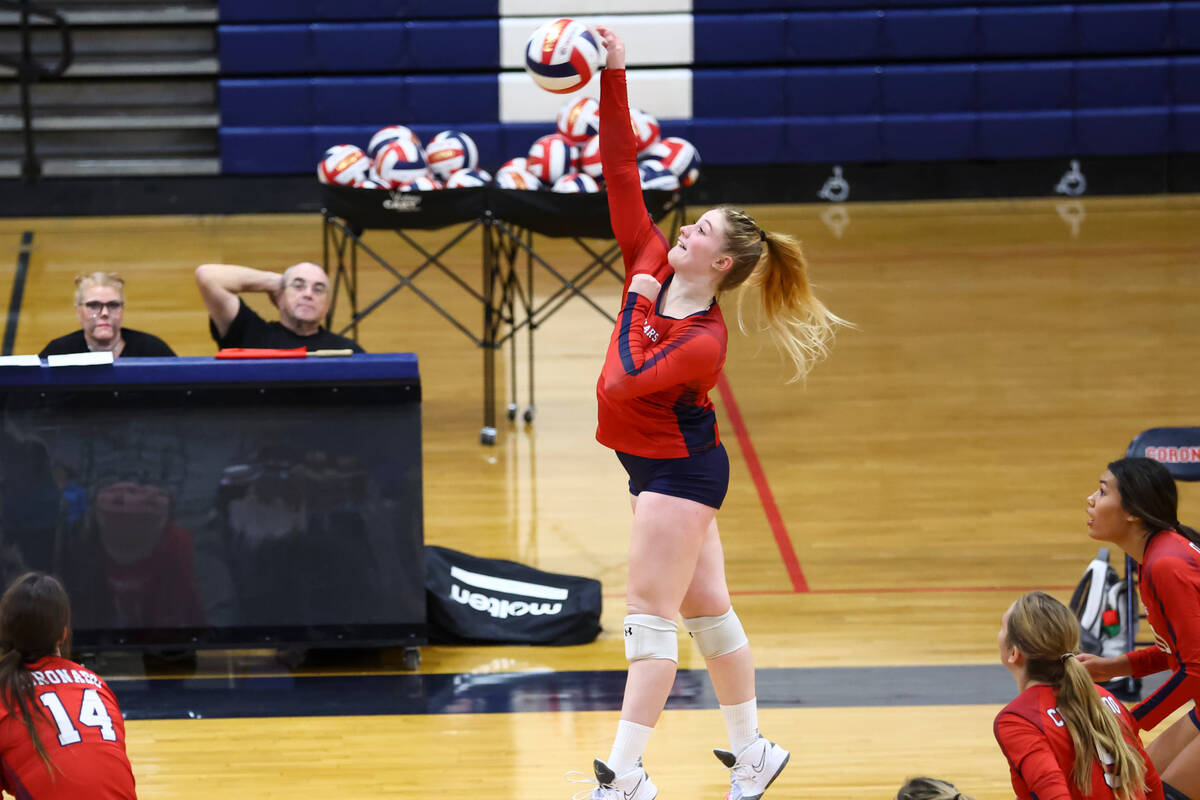 Coronado's Abigail Paulson (13) sends the ball over the net against Shadow Ridge during a volleyball game at Coronado High School on Monday, Oct. 31, 2022, in Henderson. (Chase Stevens/Las Vegas Review-Journal) @csstevensphoto 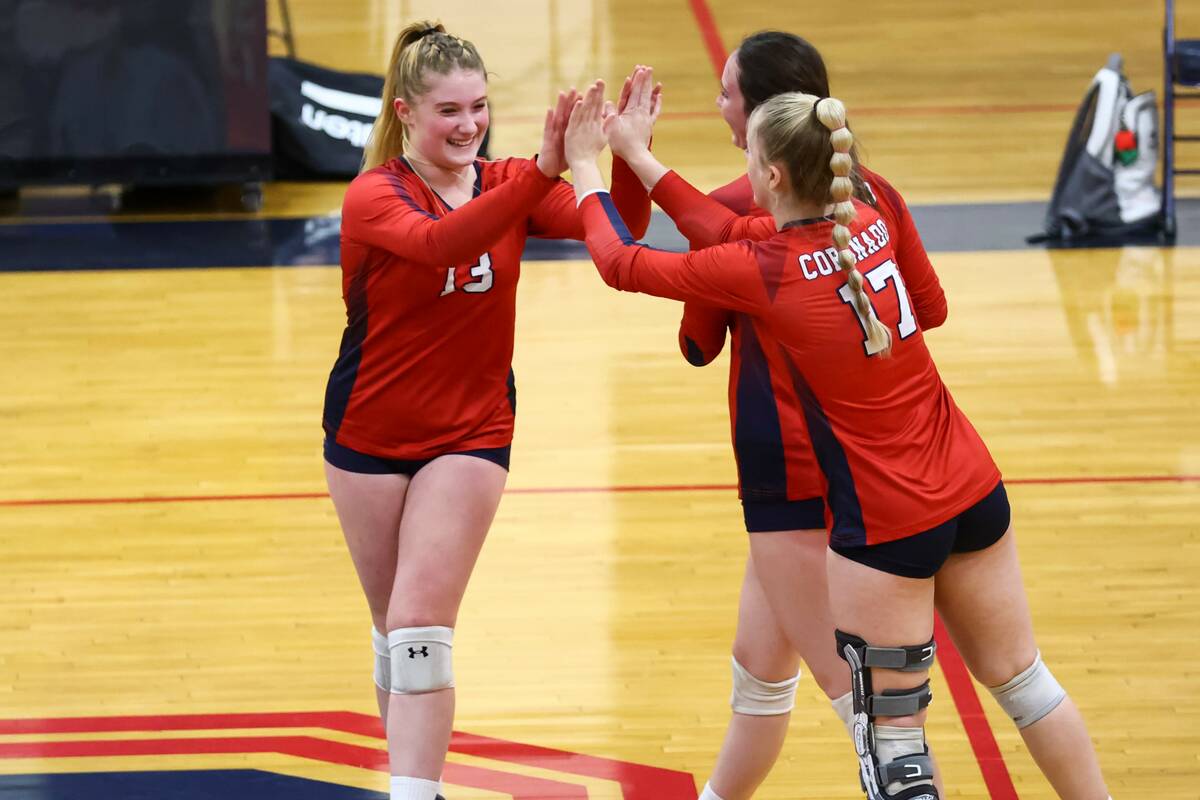 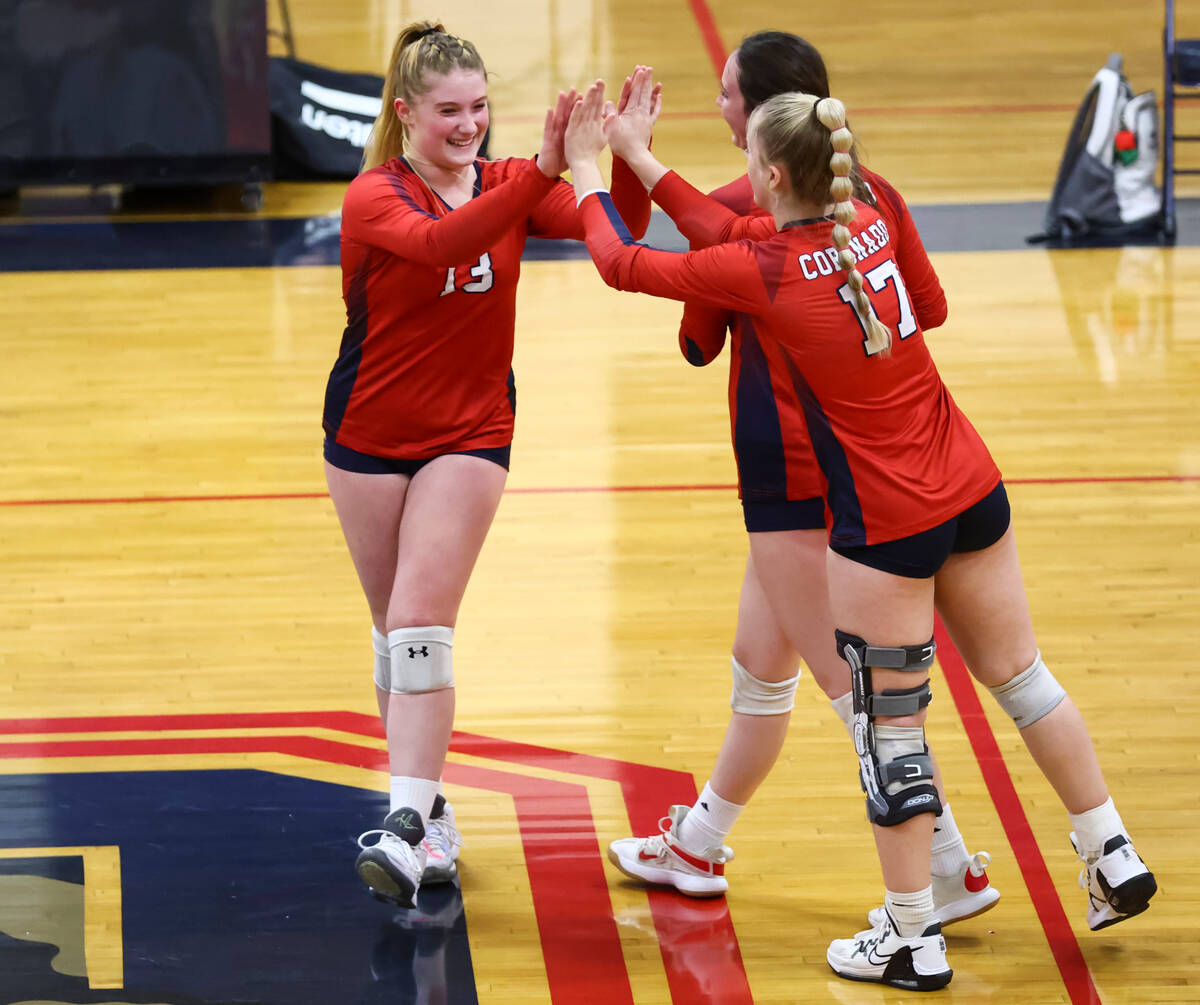 Coronado junior outside hitter Abigail Paulson had to wait to start her high school volleyball career.

Like many high school athletes, Paulson had to sit on the sidelines her freshman year as COVID canceled high school sports.

Instead of sitting idle, Paulson found every opportunity to keep her skills sharp for when sports did resume. It paid off, as the following year she made the varsity as a sophomore.

“It was a confidence boost because it helped me know that I still had the skills that I had before COVID,” Paulson said. “It was also a way for me to accept the challenge of getting on varsity and wanting playing time to be on the court more.”

Paulson recorded 29 kills, five blocks and seven digs for the Cougars in two wins last week to become the Nevada Preps Girls Athlete of the Week.

“It felt really great,” Paulson said of her performance. “It gives us momentum going into playoffs, regionals, and hopefully head up to state. It feels great personally because we’ve all worked really hard. To come out with a good result on my end, it gave me more confidence.”

Making the varsity as a sophomore showed Paulson the importance of communication to play at a high level. She credits the strong connection she has with senior setter Camdyn Carpenter as a reason for her success this season.

Behind Paulson’s team-high 245 kills, the Cougars won the Class 5A Desert League title with a 24-5 mark and 8-0 league record. They play Palo Verde on Wednesday night in the region semifinals.