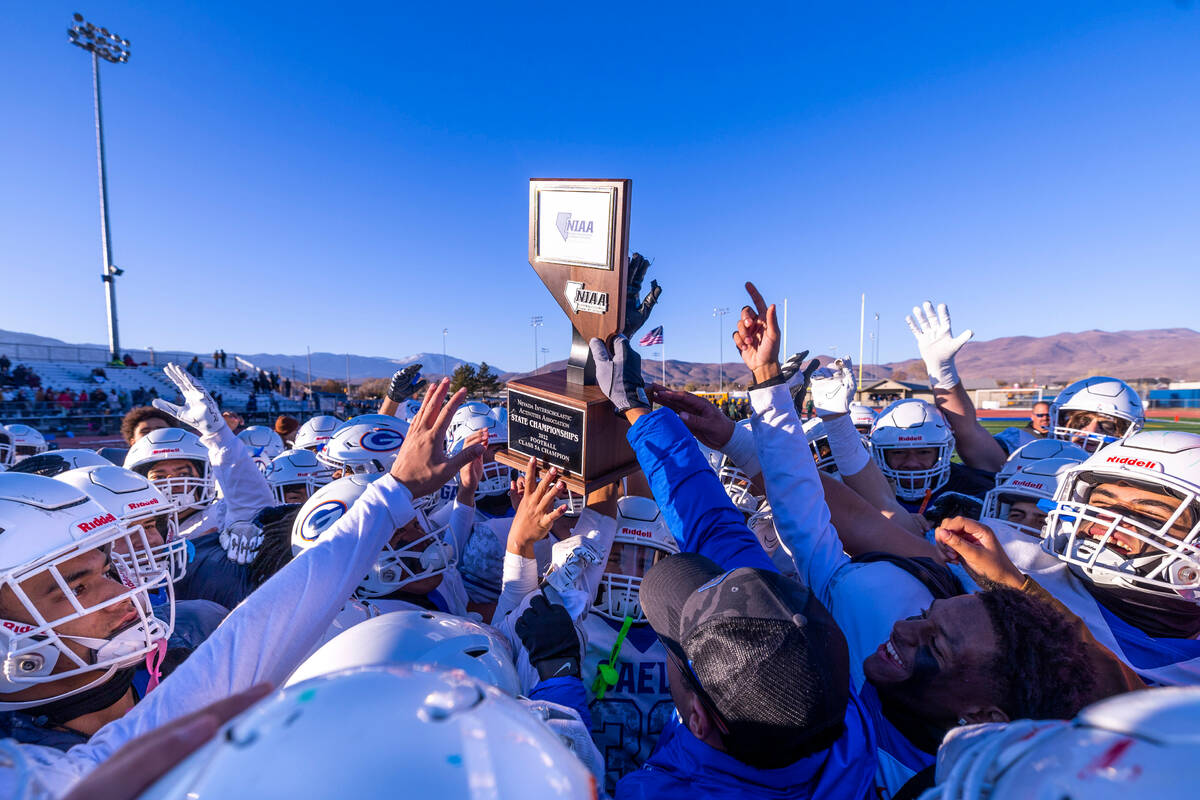 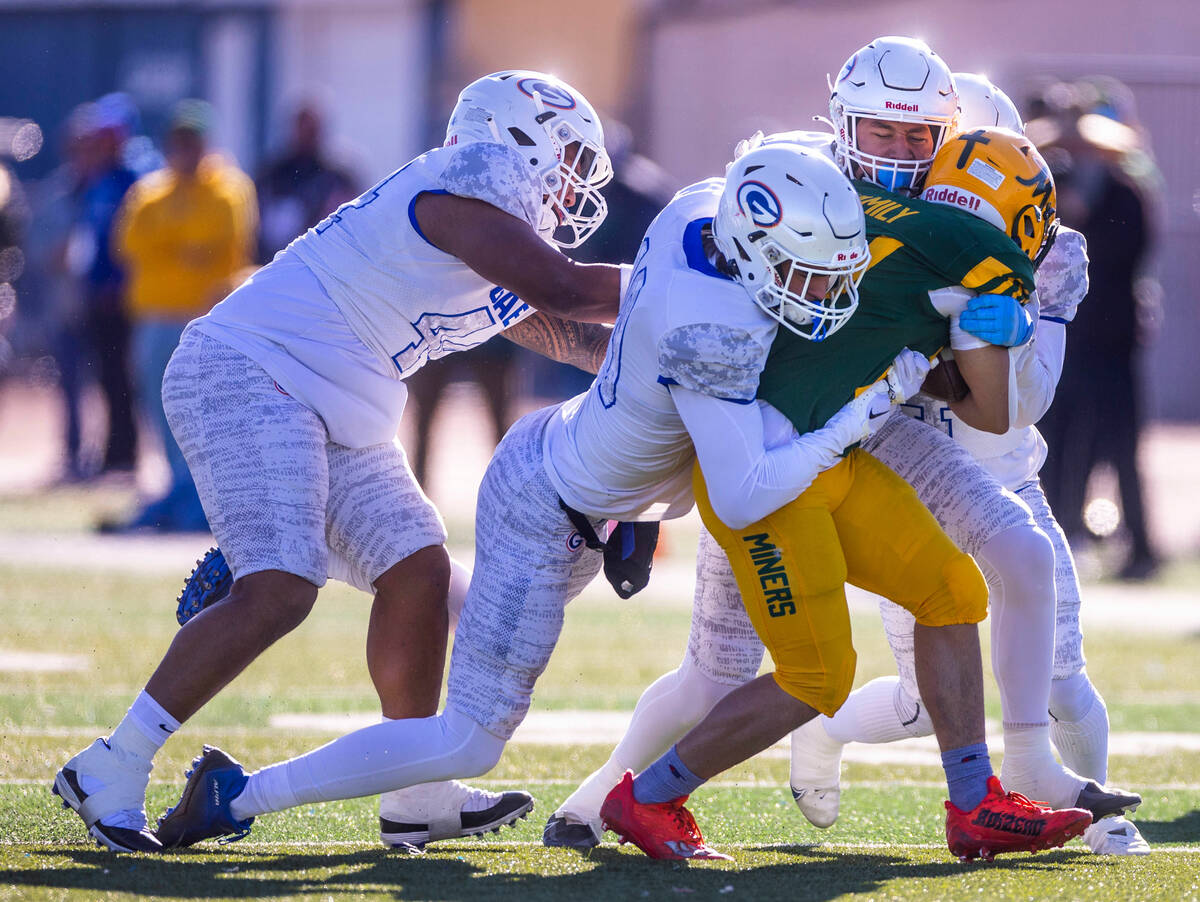 (From left) Bishop Gorman DL Aiden McComber (44), DE John Corrigan (19) and others drive back Bishop Manogue RB Cody Fleischmann (24) during the first half of their 5A state championship game on Saturday, Nov. 19, 2022, in Carson City. (L.E. Baskow/Las Vegas Review-Journal) @Left_Eye_Images

The Nevada Interscholastic Activities Association has given preliminary approval to add an Open Division for the high school football playoffs starting next season.

The proposals still await final approval in January after appeals are heard.

In football, the 5A South would be made up of 14 teams: Arbor View, Basic, Bishop Gorman, Coronado, Desert Pines, Durango, Faith Lutheran, Foothill, Green Valley, Las Vegas, Liberty, Shadow Ridge, Sierra Vista and Silverado. The 5A North would include nine teams.

The method used to select the six teams competing in the Open Division has not been decided. Options include an NIAA rubric or the MaxPreps rankings. Up to two additional teams could petition to be added to the Open Division if they desire.

Class 4A football would have 20 Southern teams in four leagues, with the top two teams from each league qualifying for the postseason. Cadence, Eldorado, Rancho, Valley and Western would move up from 3A.