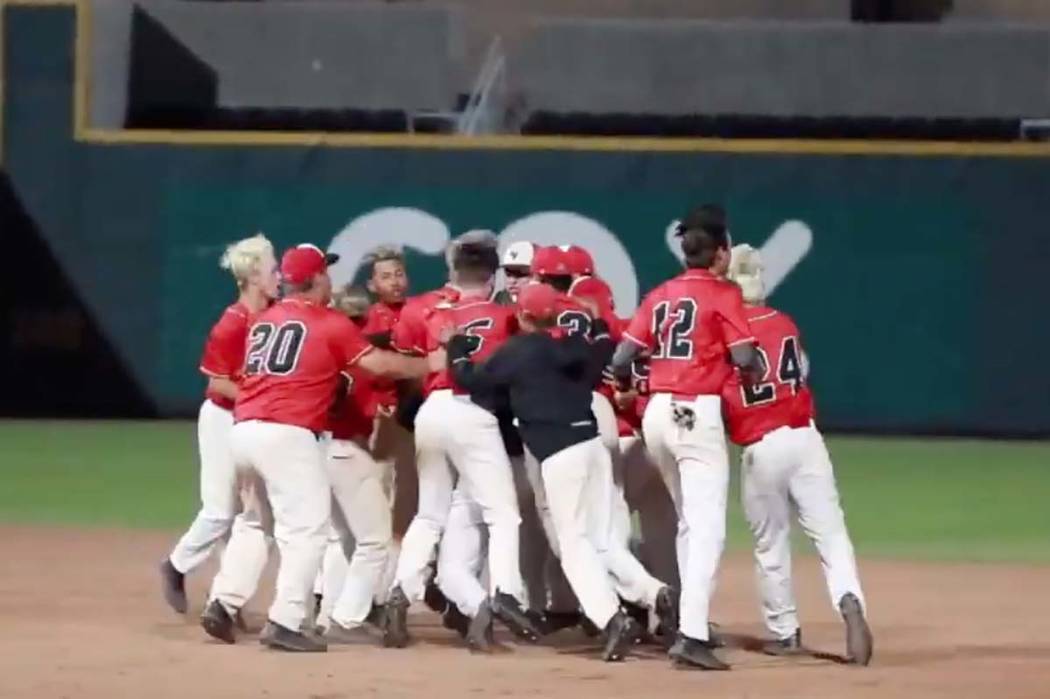 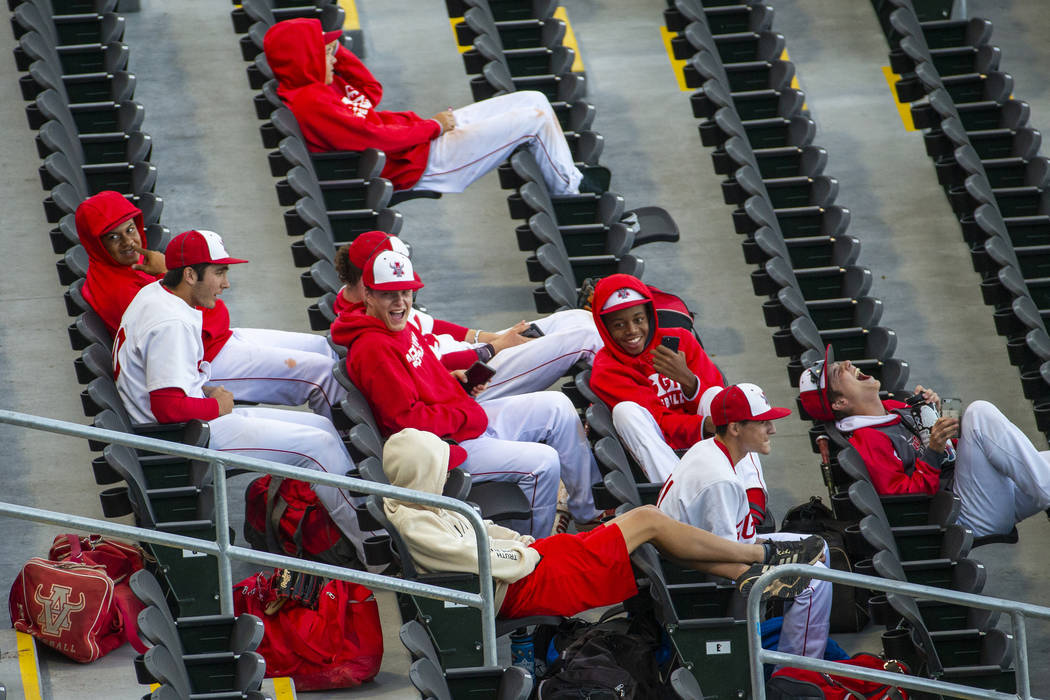 Arbor View players share some laughs in the stands before their game versus Las Vegas during their Class 4A state baseball tournament games at the Las Vegas Ballpark on Thursday, May 16, 2019, in Las Vegas. (L.E. Baskow/Las Vegas Review-Journal) @Left_Eye_Images

Coaches are shown in one video trying to restrain players and keep the sides apart after Las Vegas’ 5-4 victory. One Arbor View coach is shown in another video struggling to keep one of his players from going after the other team.

The videos are grainy, and identifying coaches and players is not easy.

It was not the first impression those involved in state high school baseball wanted to make playing the tournament at the newly opened state-of-the-art stadium that is home to the Aviators’ Triple-A team. But Aviators president Don Logan said the incident would not affect whether future events are at the stadium.

“It doesn’t matter where, you can’t have that,” Logan said. “That’s bad. That’s up to the kids, the coaches, the umpires, the administrators, the hierarchy. Everybody’s got to get together and say, ‘That stuff doesn’t play here.’”

Logan said one Arbor View player threw gear and yelled throughout the game, and another pointed a bat at an umpire. He said the umpires and coaches should have done a better job of controlling the emotions.

“Those kids incited the rest of them and then they lose a heartbreaker in the bottom of the seventh inning, and emotions got the best of them,” Logan said. “A bunch of kids go after the third-base umpire. Should the kids act like that? No. Should the coaches have more discipline with them? Absolutely. But the umpire could’ve diffused that and gotten rid of the kids who were inciting the whole thing. In my mind, everybody screwed up.

“It was upsetting, and then parents jumped on the field. Order was restored quickly. There were no bad fisticuffs or anything like that, but it was just a bad situation.”

Nevada Interscholastic Activities Association officials said the incident wasn’t as bad as it appeared. They said neither side threw punches, and no one was ejected or suspended.

“It will not affect the rest of the tournament,” NIAA executive director Bart Thompson said Friday.

“Before I knew it, one of their players was running after one of our players and was intercepted by one of Arbor View’s coaches,” Thomas said. “I didn’t know it was an Arbor View coach at the time because our uniforms were similar, so I started to go over and realized the Arbor View team was running toward our dugout. Our whole administrative team was on the field, pushing our kids back. Arbor View’s administrators were pushing their kids back.

“One of their coaches did a great job of containing their one kid.”