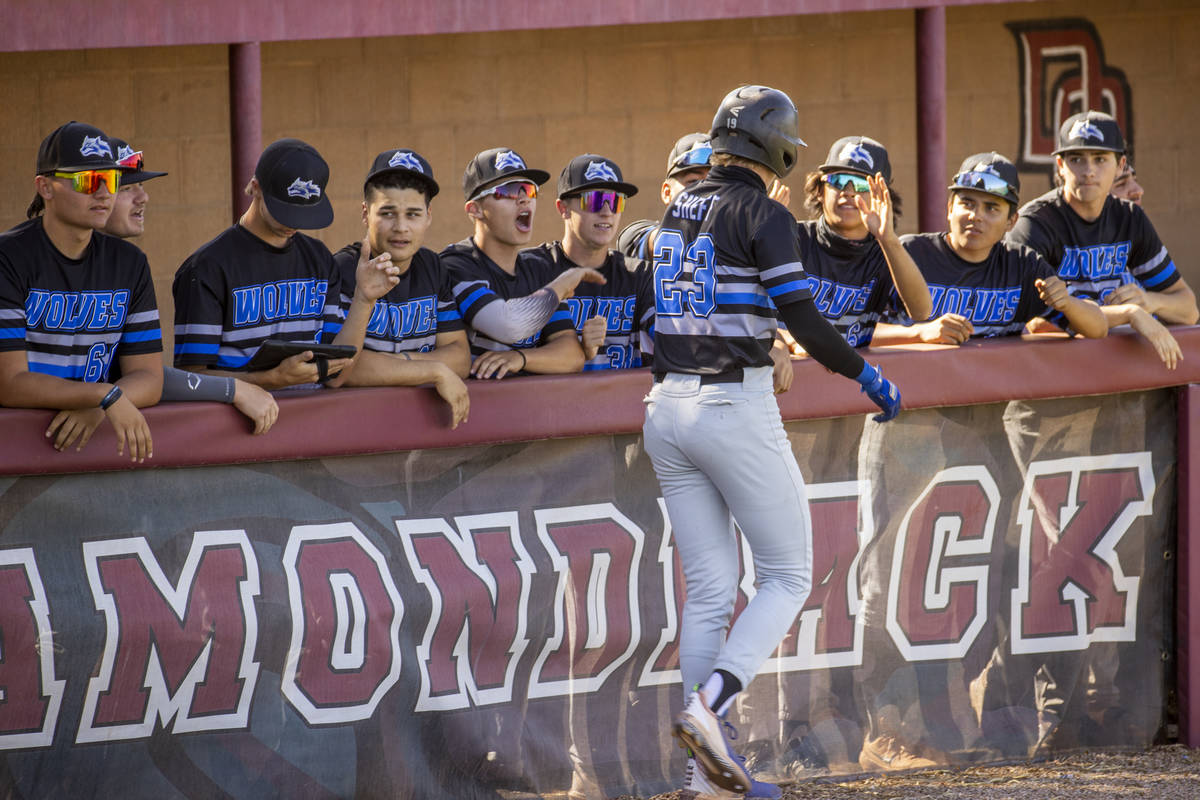 Basic and Green Valley will start the Class 5A Southern Region prep baseball tournament in the losers bracket.

That’s part of their punishment after a bench-clearing brawl that occurred after Green Valley took a 4-3 walk-off win over its rival Wednesday in the final game of the regular season for both teams.

Basic coach Scott Baker said nothing occurred during the game that foretold of any problems. He said he addressed the situation with his team.

“What happened is not something either side wanted to have happen, but it did,” Baker said. “Fortunately, it was only about a 22-second ordeal. It was broken up pretty quickly.”

A video of the incident posted to Instagram showed Green Valley’s celebration began at home plate but migrated across the infield.

As the Gators crossed the pitcher’s mound and neared the infield dirt, they encountered a Basic player who was leaving the field.

The Basic player stopped and turned back into the group of Gators, and he and a player from Green Valley began to push each other. Punches were thrown before other Wolves raced onto the field to join the skirmish. Some players were tackled or thrown to the ground before order was restored.

Because of the incident, the game was ruled a double forfeit by the Nevada Interscholastic Activities Association. Both teams were also forced to forfeit their next game, the first round of the regional tournament.

“I won’t comment on what was on the video, but it met our standard for it to be considered a bench-clearing brawl, which is more than three players leaving their area or the bench,” NIAA assistant director Donnie Nelson said. “That makes it a double forfeit, and it also means they forfeit their next game. That’s the punishment straight out of the Nevada Administrative Code.”

Llamas said his team has moved on, but he’s disappointed about “the NIAA taking a hard-earned victory from our guys.”