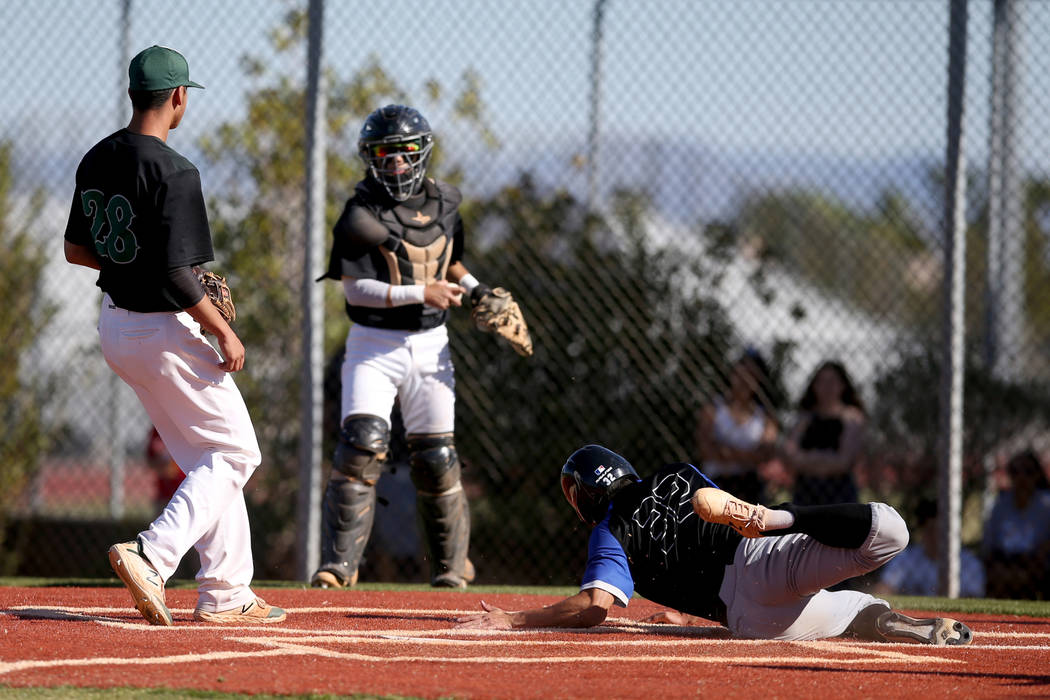 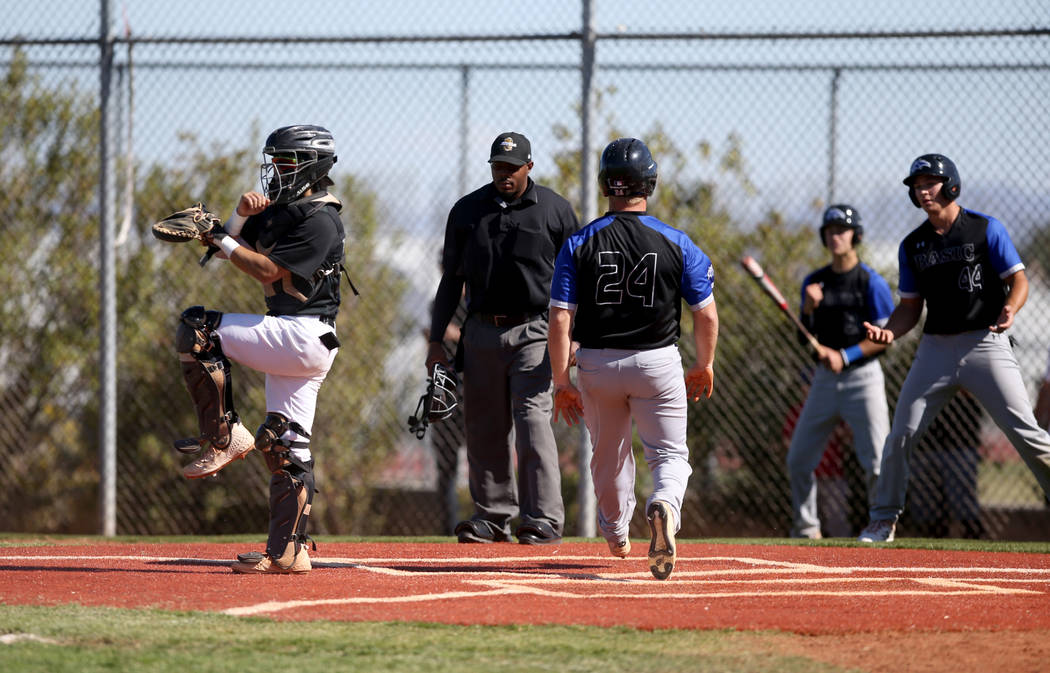 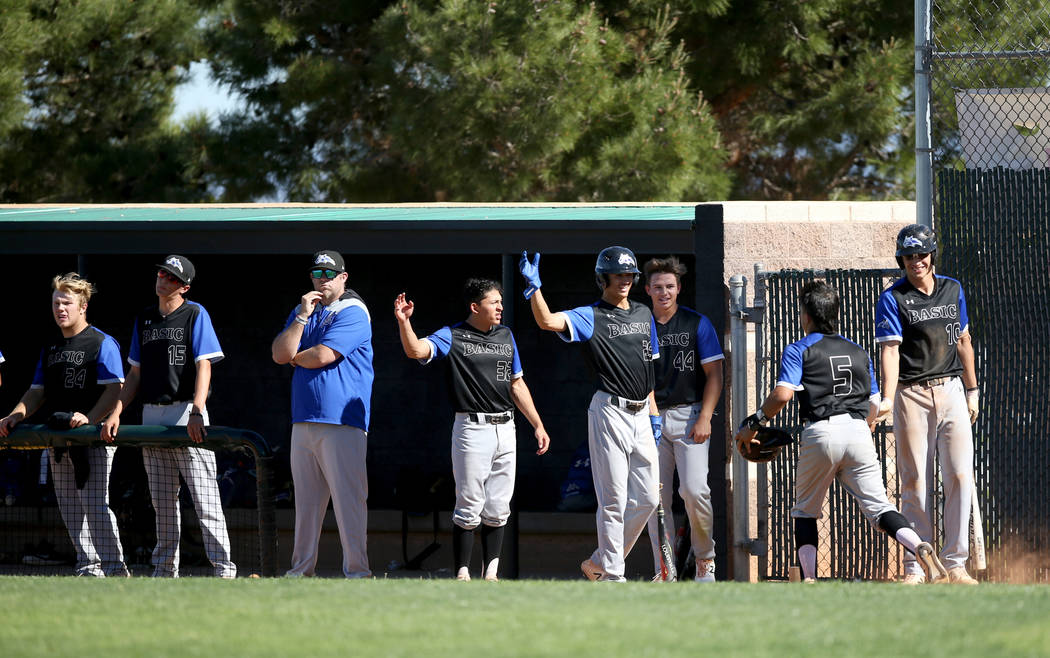 Basic’s Dominik Tavares (5) is congratulated by his teammates after scoring against Palo Verde in the third inning of their baseball game at Palo Verde High School in Las Vegas Tuesday, April 23, 2019. (K.M. Cannon/Las Vegas Review-Journal) @KMCannonPhoto 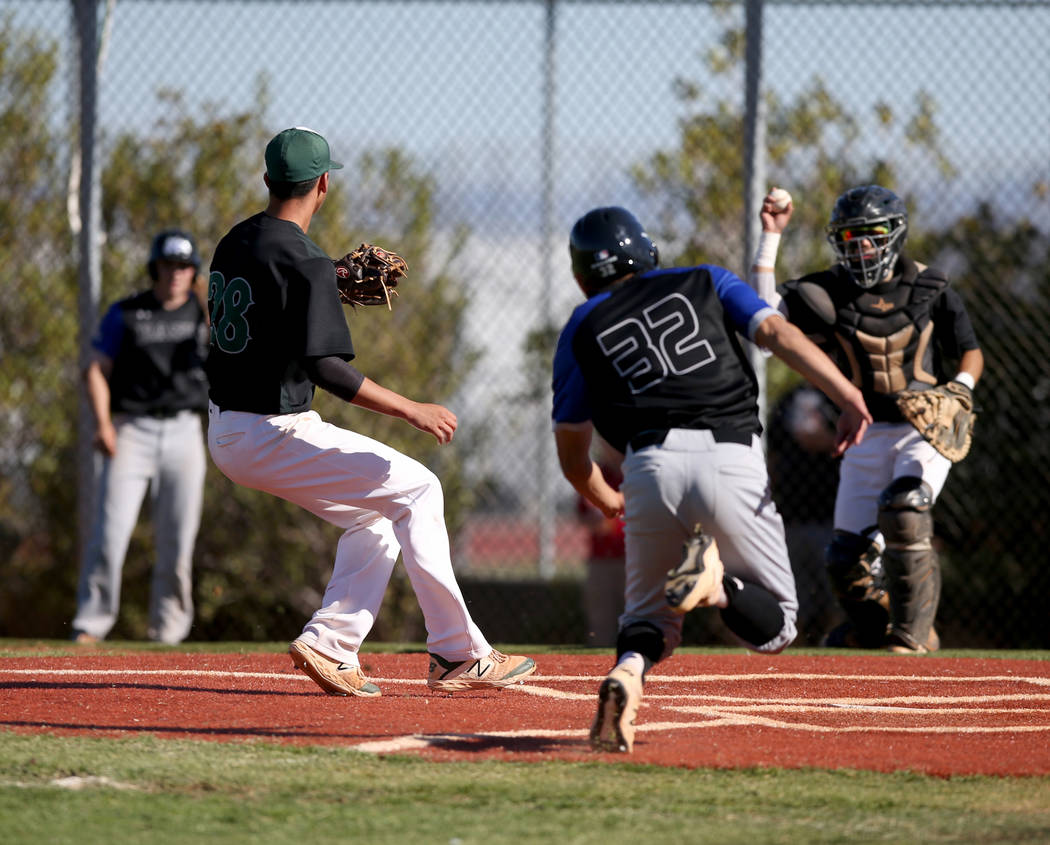 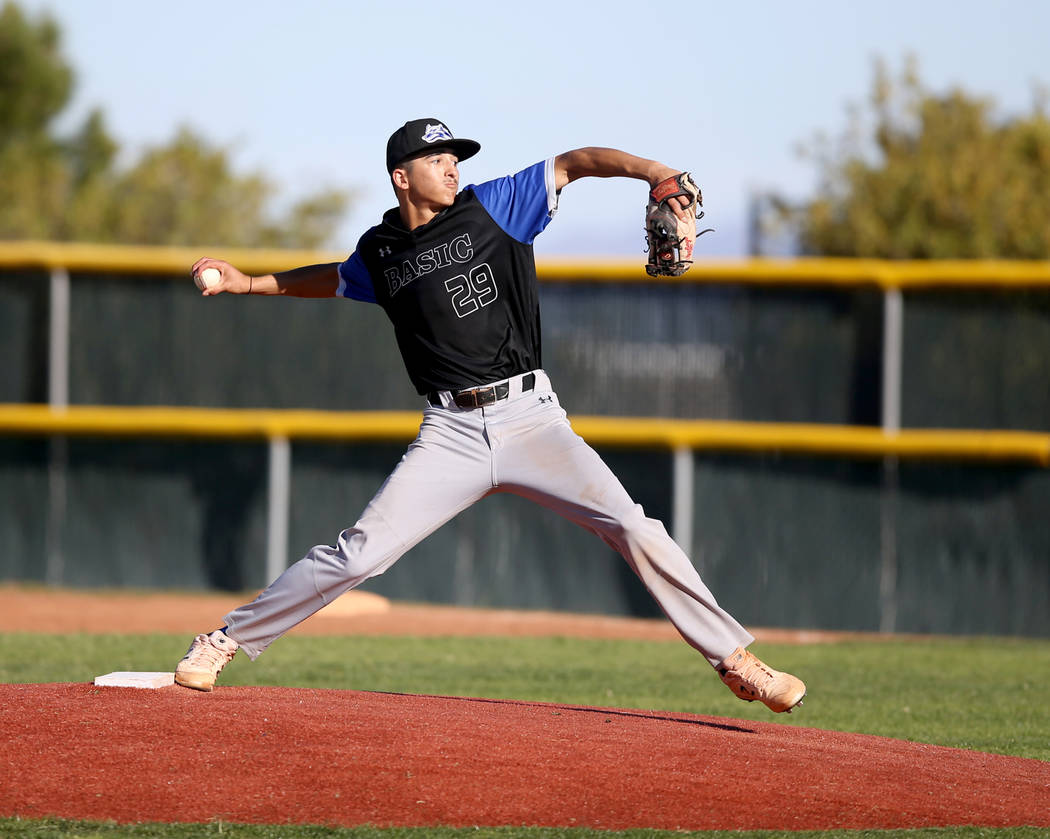 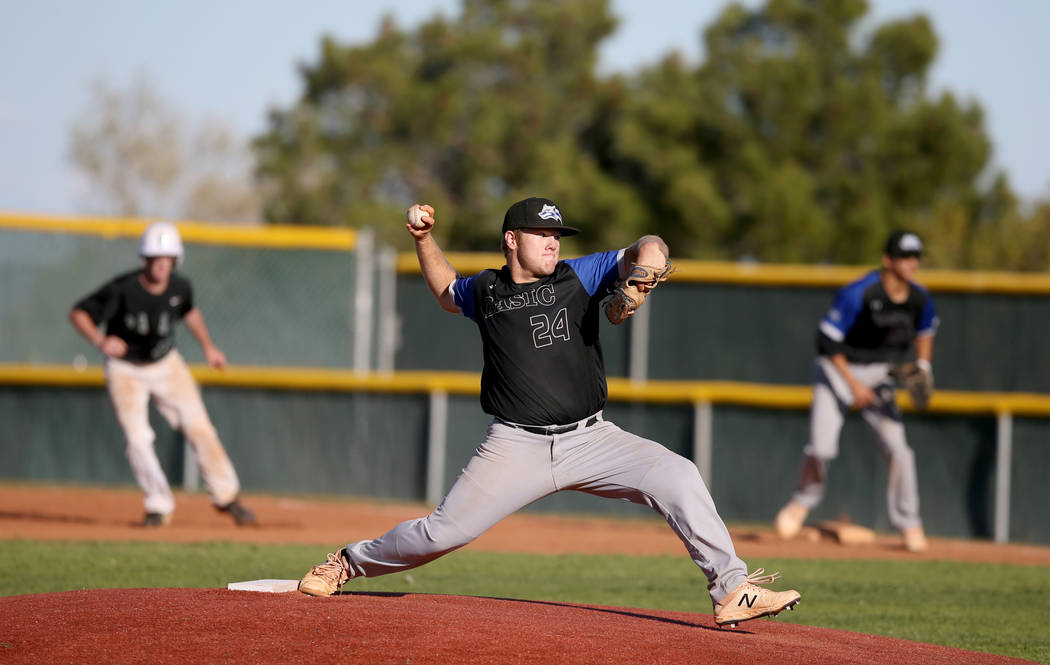 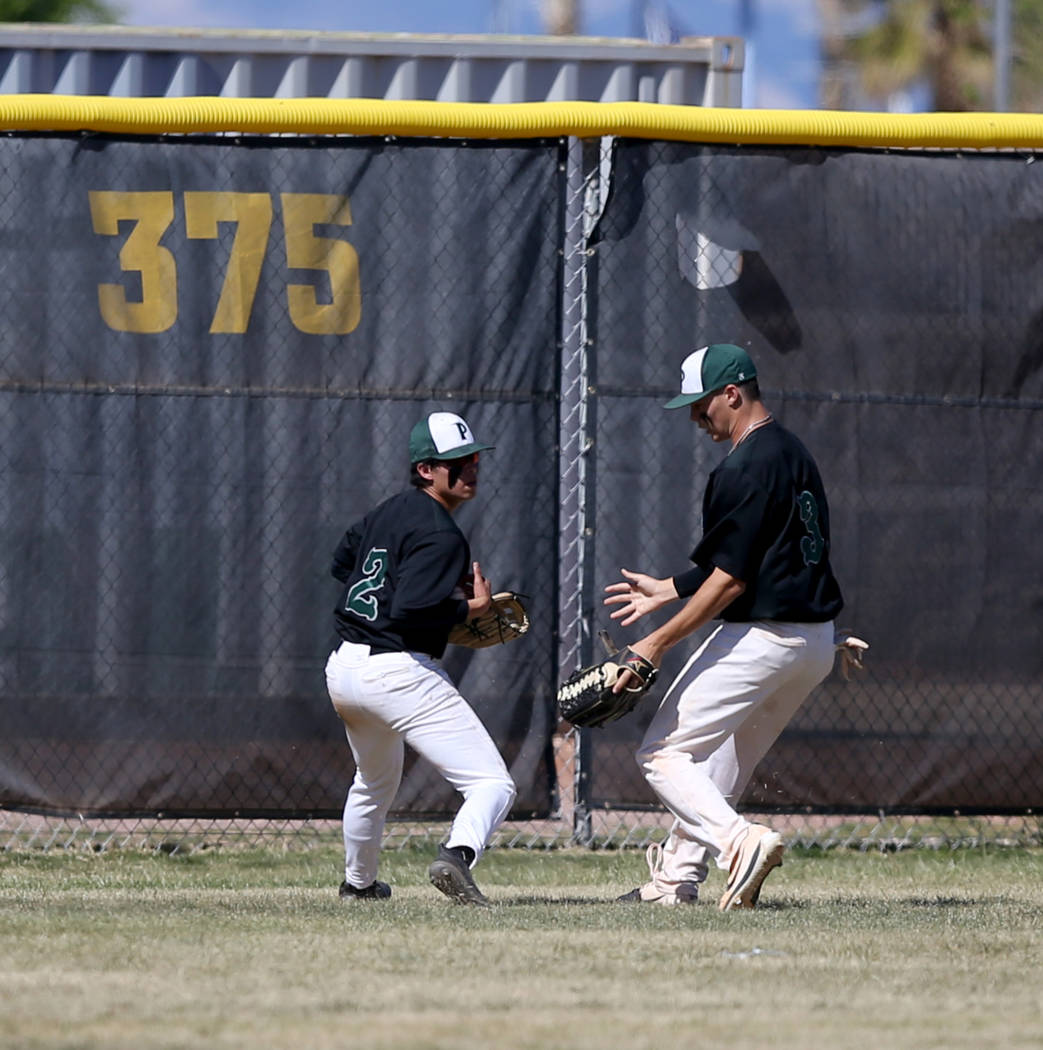 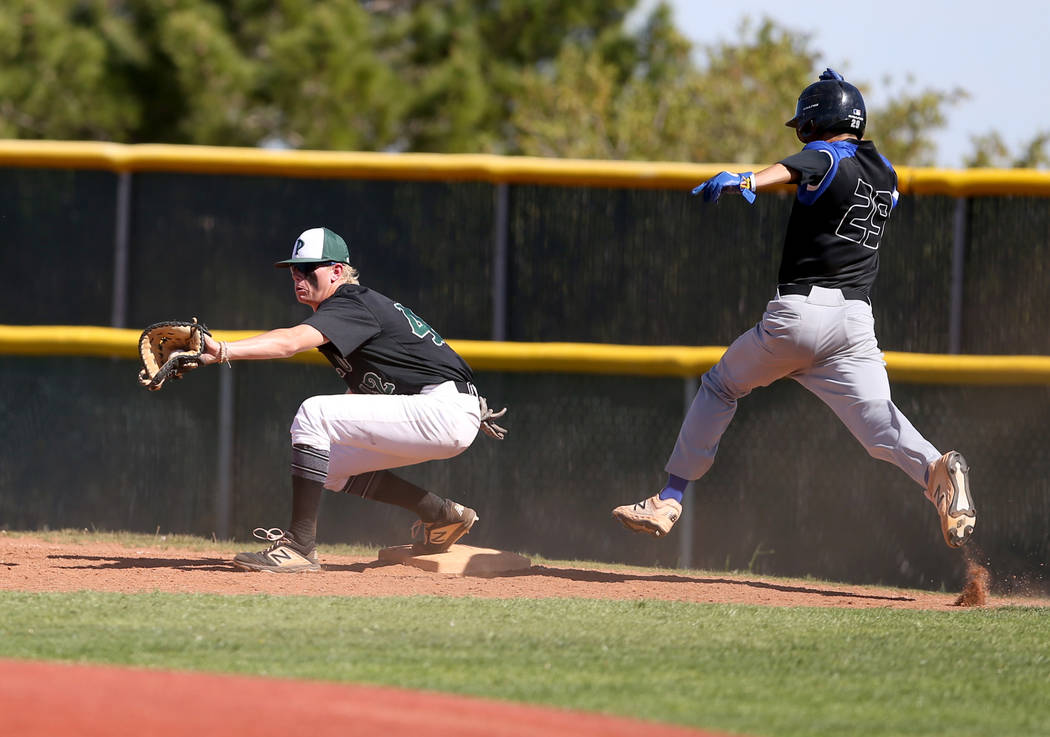 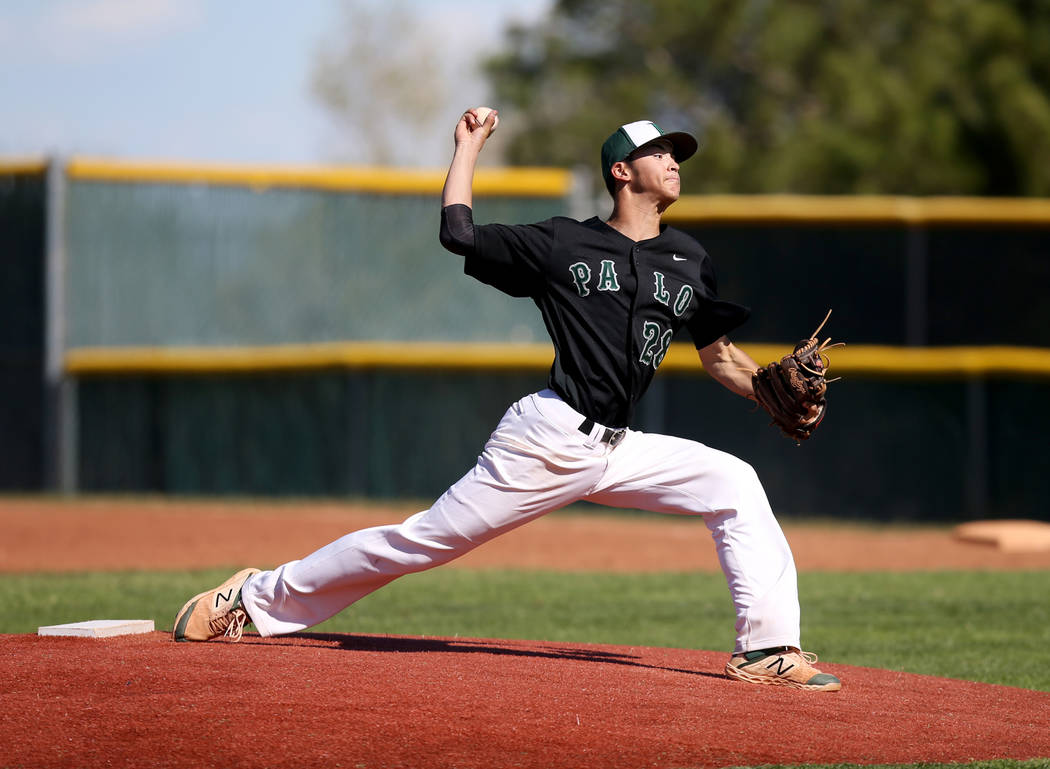 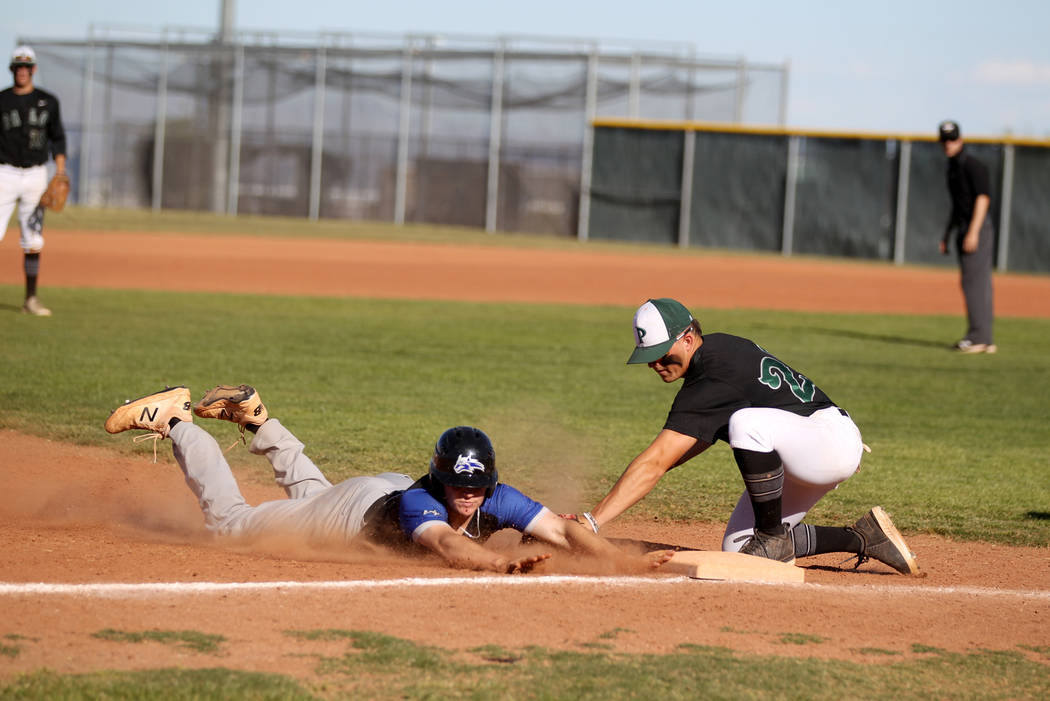 The Wolves got a measure of revenge Tuesday.

Basic used a four-run second inning and a solid start on the mound from junior Demetrius Vigil to roll to an 8-3 road win over the Panthers in a nonleague game.

“He (Vigil) competes like a champ,” Basic coach Scott Baker said. “He got better as the game went on, found his secondary pitches in the fifth and sixth (innings), settled in and pitched a good game.”

The Wolves (22-3) had 14 hits, including eight by the bottom third of the lineup. They took advantage of two Panthers errors in scoring three runs in the third inning.

That was more than enough for Vigil, who worked six sparkling innings, allowing one earned run on four hits with five strikeouts.

“I just tried to stay low in the zone with my outside fastball,” Vigil said. “That’s how I like to work. I just tried to get ahead in the count and not fall behind.”

Dominik Tavares, the Wolves’ No. 9 hitter, had a two-run double to start the second-inning rally for Basic, which tacked on two more runs from a wild pitch and a throwing error on a pickoff attempt at third.

The Wolves added three runs in the third off an error, a passed ball and an RBI single by Dalton Miller. Logan Spaur added an RBI single in the fourth inning to push the lead to 8-0.

The Panthers scored two runs in the sixth inning on an RBI double by Peyton Cole and a fielder’s choice, and another run in the seventh on Jasper Nelson’s RBI single.

Tavares and Spaur combined for six hits, four RBIs and four runs, and Trace Evans had two hits and two runs for the Wolves.

“If this is any sign where we’re heading, I think it’s positive for sure,” Baker said. “Seven, eight and nine carried us today, which is always gigantic. It was a team win as we got production throughout the whole lineup.”