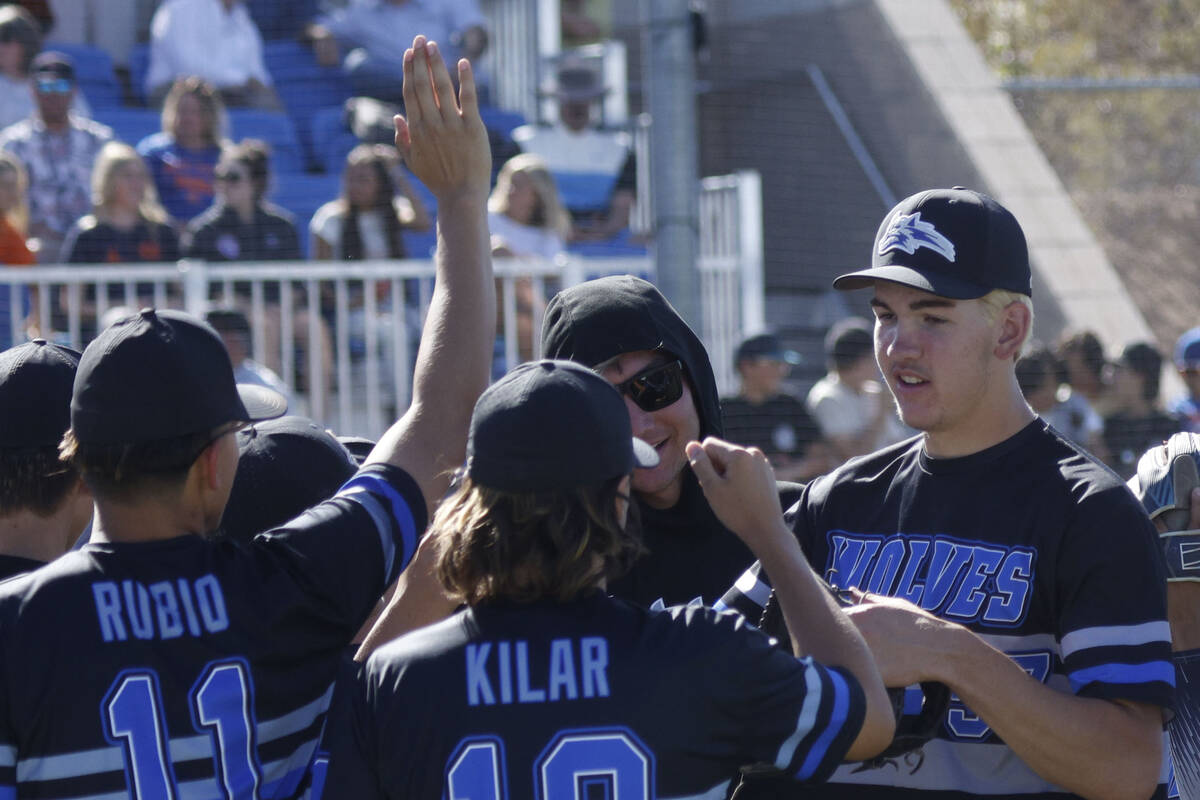 Basic pitcher Ben Smith, right, high-fives teammates at the end of the forth inning of a baseball game against Bishop Gorman, Friday, May 13, 2022, at the 2022 NIAA 5A South Region tournament at Bishop Gorman High School in Las Vegas. (Chitose Suzuki / Las Vegas Review-Journal) @chitosephoto 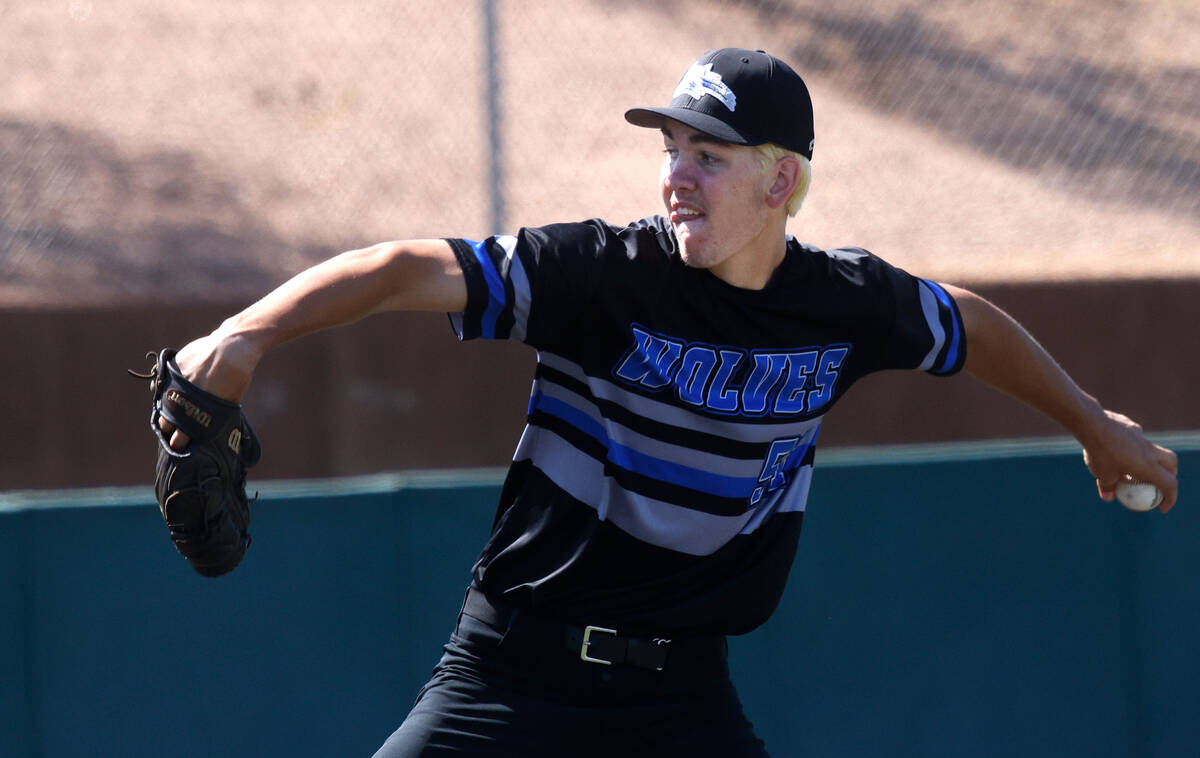 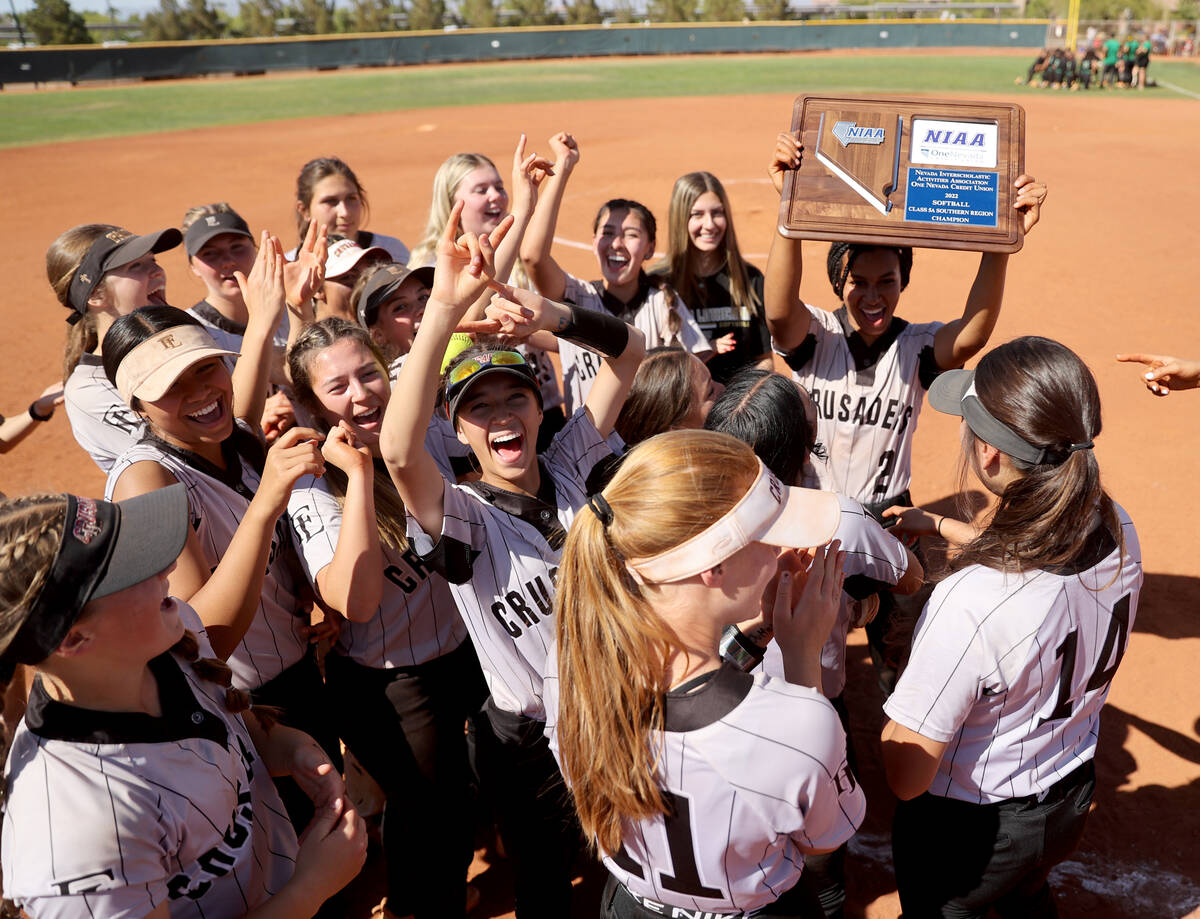 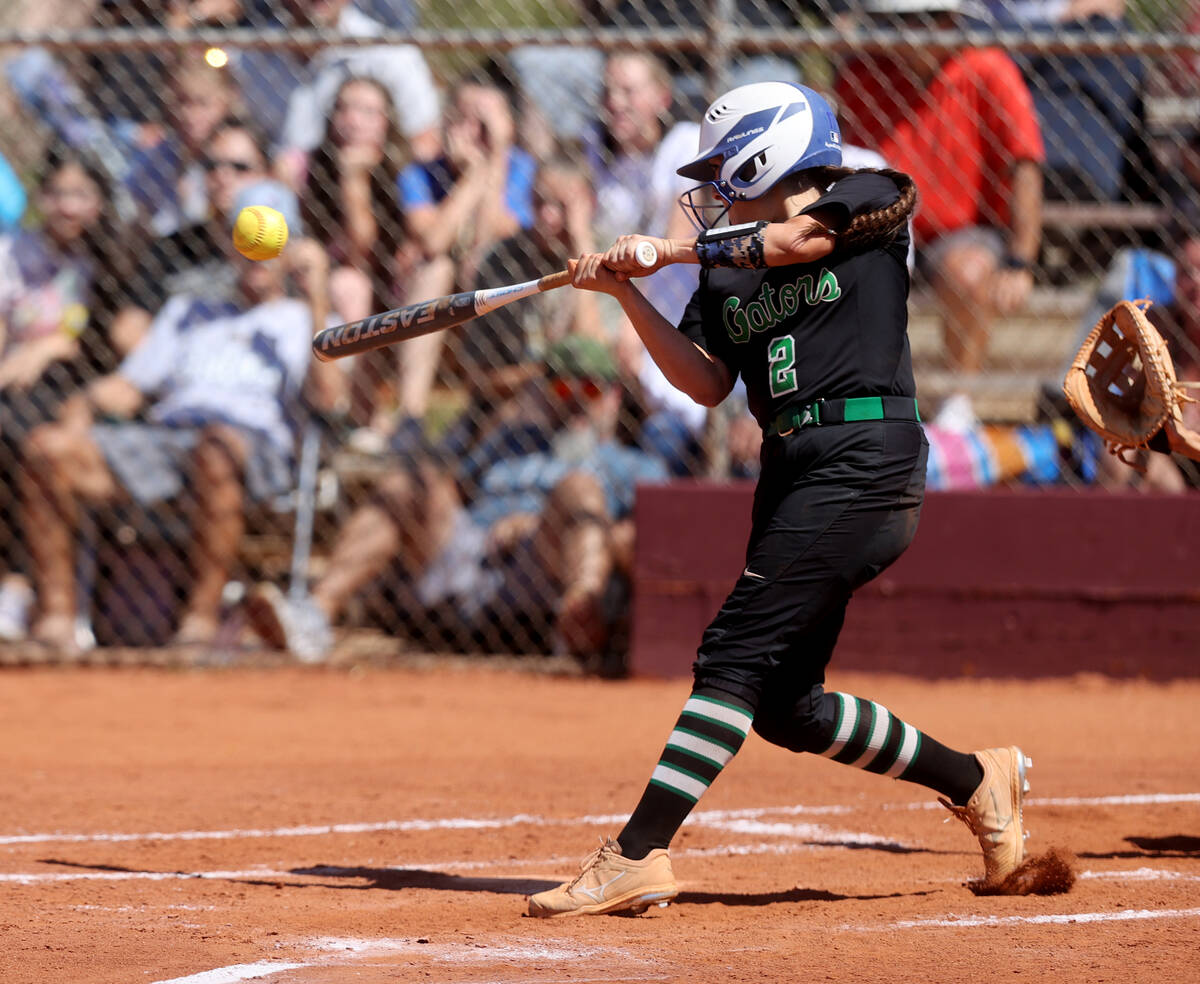 Gino DiMaria and his Bishop Gorman baseball team were in Arizona preparing to begin their 2020 season when they heard unfathomable news.

Their season was over before it started.

The COVID-19 pandemic shut down all Nevada Interscholastic Activities Association sports in March 2020. Then, last year, teams were allowed to play only a six-week spring season that culminated in a regional tournament but no state championships.

So it has been three years since state champions were crowned in spring sports, but that drought will come to an end this week. The Class 5A baseball and softball state tournaments will be contested Thursday through Saturday. Baseball will be played at College of Southern Nevada and Las Vegas Ballpark, while softball will be at CSN and Gorman.

“I stressed to the seniors that this is a special moment,” DiMaria said. “This is it, and you’re lucky enough to have the opportunity to play for state.”

Prep Baseball Report put on a state tournament for baseball teams last year, but DiMaria said it wasn’t the same.

While he thanked Brett Harrison and PBR, none of the teams was allowed to wear its school uniforms or colors.

“That took away a lot of enjoyment from the kids — at least it did from ours,” DiMaria said. “Now we’re back to playing for our schools, and it’s just a bigger deal.”

Gorman and Basic are no strangers to the state baseball tournament, having won a combined 14 championships — eight for Gorman and six for Basic. The same can’t be said for Faith Lutheran and Green Valley, who haven’t won a state title.

“It’s a big deal, and we’re very excited to go to state,” Faith Lutheran coach John Chilman said. “Having everybody together is big, having a full season, the girls getting back together, you can’t underestimate that. It’s awesome that they get to have that experience.”

Kathlyn Doiron was a first-year coach at Green Valley in the 2021 shortened season, but she said the experience her team gained was invaluable.

The Gators were the No. 1 seed in last year’s Southern Region tournament before bowing out in the semifinals. They were in a similar situation this year after letting a 4-0 lead get away in the seventh inning of a 7-4 loss to Centennial on Wednesday.

But they won two games Thursday to reach the regional final before falling to Faith Lutheran.

“I think (last year) was really important, especially for our girls to see what’s possible,” Doiron said. “For them to get to the semifinals and see what’s possible was crucial for their excitement for this season. From day one, we’ve said we wanted to make the state tournament, and we’ve done just that.”