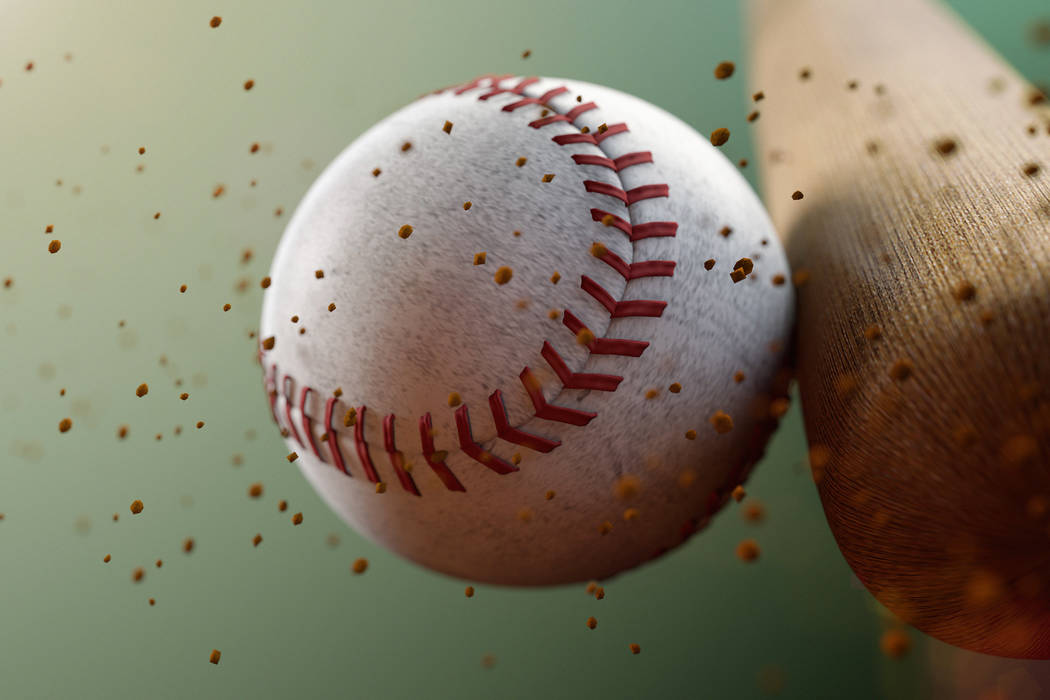 Kashten Frei’s double with one out in the top of the seventh inning plated Rylan Evans and Coby Longman with the tying and go-ahead runs and lifted Moapa Valley to a 6-4 win over host Pahrump Valley in the losers’ bracket final of the Class 3A Southern Region Tournament.

Moapa Valley (19-10) clinched a state tournament berth and will face Boulder City (25-8) in the region final at noon Saturday at Pahrump.

Coby Longman was 3-for-4 with two doubles for Moapa Valley.

Pahrump Valley 6, Virgin Valley 1 — At Pahrump, Jalen Denton was 2-for-2, and the Trojans scored all of their runs in the fifth inning to eliminate the Bulldogs.

Roman Roberts tossed a seven-hitter and struck out two for Pahrump.

Kobe Walker was 2-for-3 with a double and an RBI to help Lincoln County to a 7-5 win over Laughlin in the winners’ bracket final of the Class 2A Southern League Tournament at Mountain View.

Mathew Hafen was 2-for-3, and McKinley O’Connor was 1-for-3 with a double and two RBIs for the Lynx (26-2), who clinched berths in both the league final and next week’s state tournament. Lincoln County will face The Meadows (19-6) in the league final at 10 a.m. Saturday at Mountain View.

Tyrell Gonzalez was 2-for-3 with two RBIs for Laughlin.

The Meadows 2, Laughlin 0 — At Mountain View, Sam Kaplan fired a one-hitter and struck out 10 to lead the Mustangs by the Cougars in the losers’ bracket final.

Trey Covell was 2-for-3 with a run for The Meadows.

The Meadows 8, Needles 2 — At Mountain View, Brandon Medina was 2-for-4 with a double and three RBIs to help The Meadows down Needles in an elimination game.

Davidson Rufty was 2-for-3 with three RBIs, and Covell tossed a three-hitter and struck out eight for The Meadows.

Jaren Leavitt went 3-for-3 with two runs to help Pahranagat Valley to a 6-2 win over host Indian Springs in the winners’ bracket final of the Class 1A Southern Region Tournament.

Jordan Flamm was 2-for-4 with two doubles, and Nathan Miller was 2-for-3 with a double for the Thunderbirds.

Indian Springs 16, Tonopah 1 — At Indian Springs, Zack Williams was 2-for-3 with three RBIs as the Thunderbirds routed the Muckers in three innings.

Ryan Gertz was 1-for-2 with two RBIs for Indian Springs.