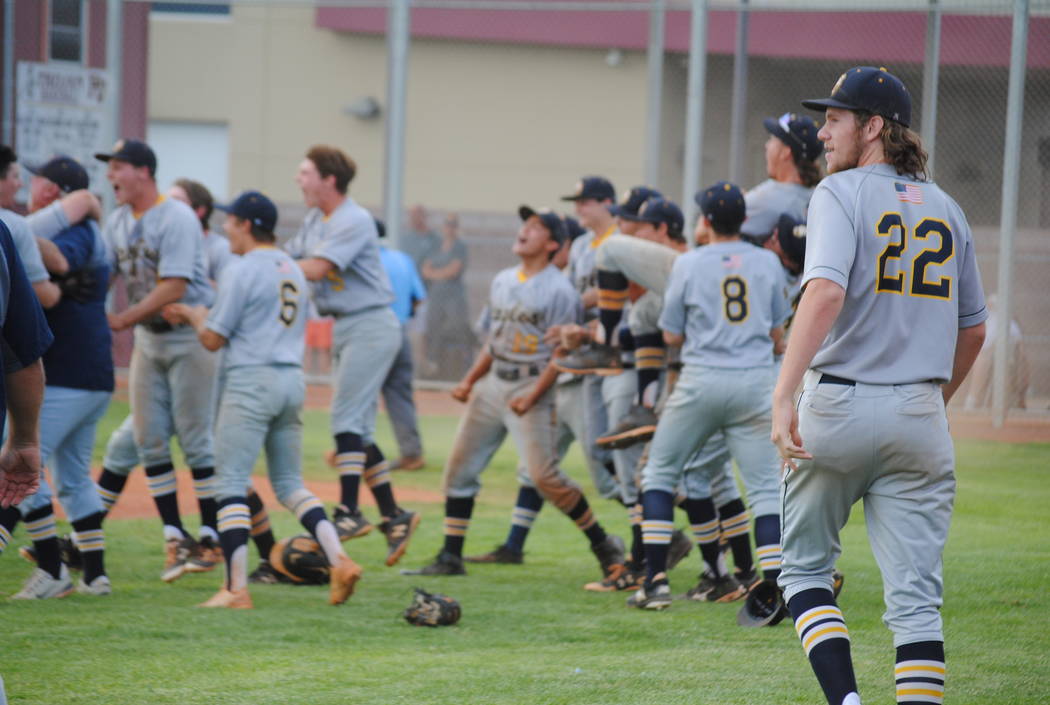 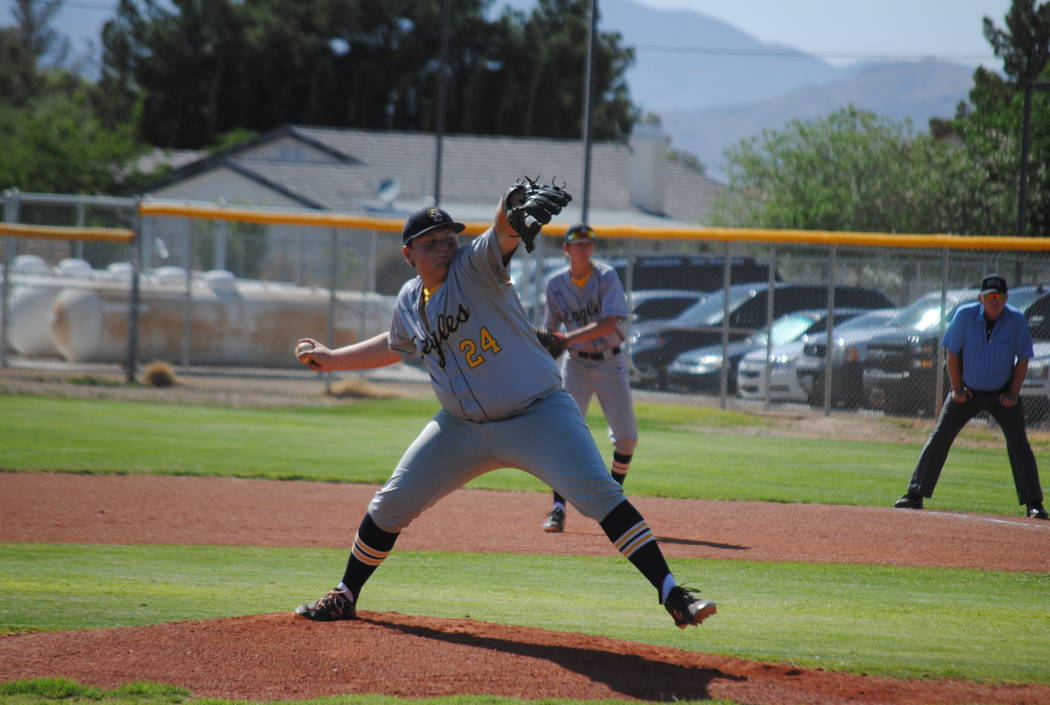 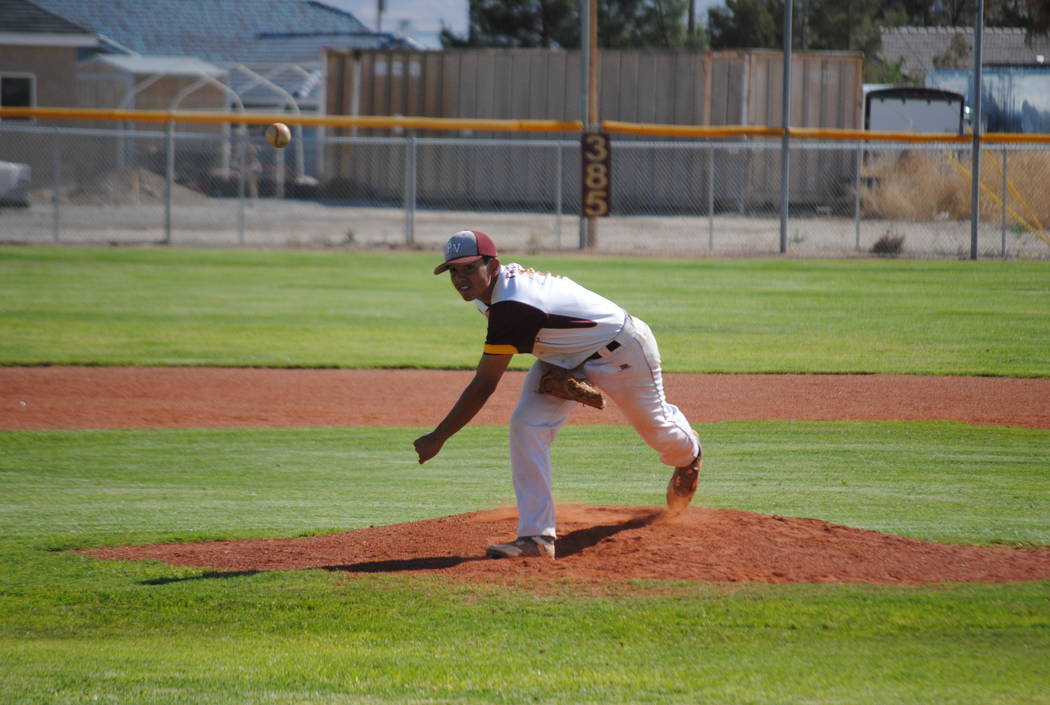 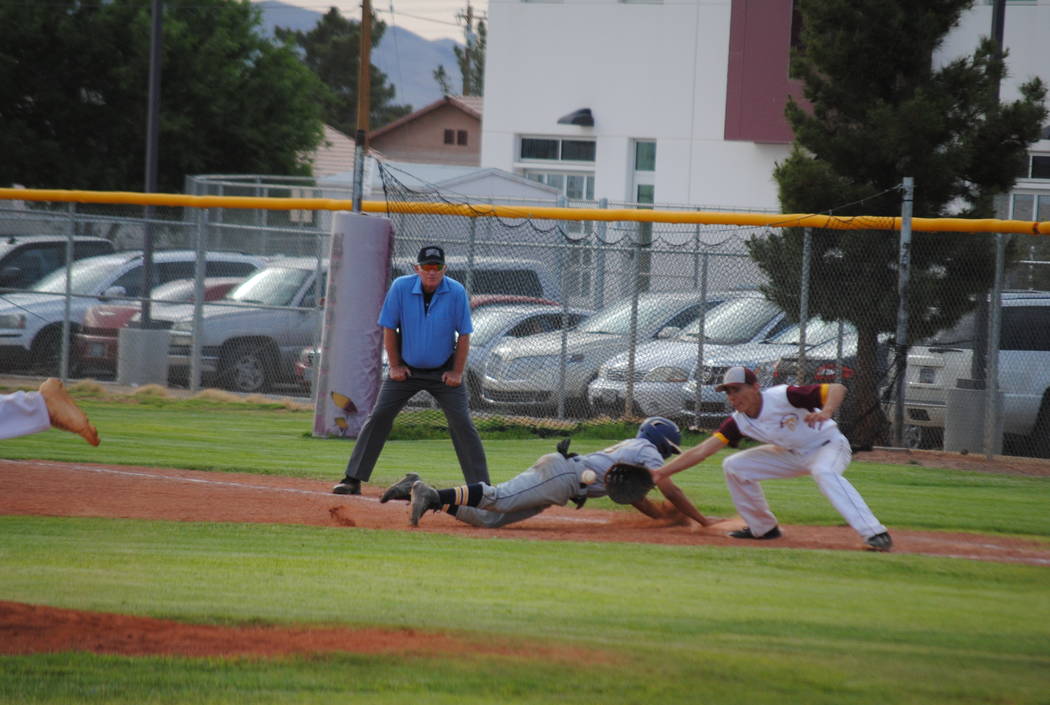 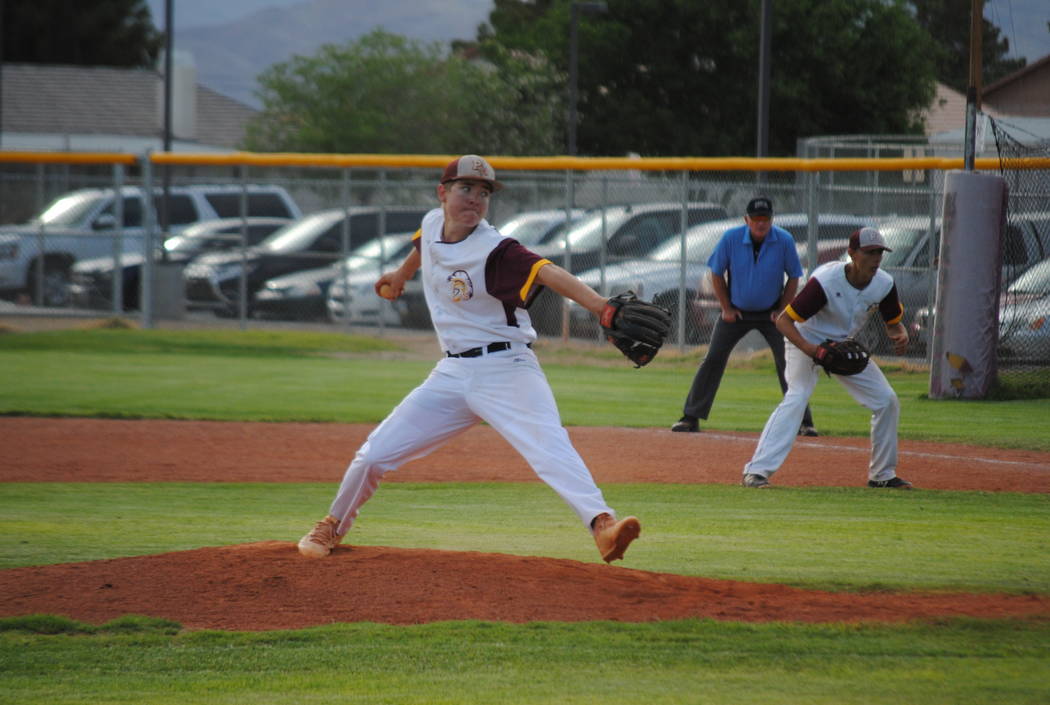 D.J. Reese scored on a passed ball with two outs in the bottom of the seventh to give Boulder City’s baseball team a 4-3 win over Pahrump Valley in the Class 3A Southern Region tournament.

The Trojans led 3-0 going to the bottom of the seventh, but the Eagles rallied for the win to move to Saturday’s championship round.

Reese had a two-run double to cut the lead to 3-2, and Boulder City tied the game on a bases-loaded walk to Matthew Felsenfeld.

Noal Herr was 2-for-3 with a run for Boulder City. He also allowed two earned runs on five hits in six innings.

The winner of that game will face Boulder City (20-11-1) at noon on Saturday, and would have to defeat the Eagles twice to claim the title.

Chaparral 8, Tech 7 — At Chaparral, Dennis Perez singled home Christian Calzada with no outs in the bottom of the seventh to give the Cowboys the win over the Roadrunners in an elimination game.

Calzada led off with a single up the middle and advanced to third on a two-base error by the center fielder. Perez then singled up the middle through a drawn-in infield to end the game.

Rodney Elosegui was 3-for-4 with a double, a run and an RBI, and James Cobian went 2-for-3 with two doubles and two runs for Chaparral.

Virgin Valley 15, Desert Pines 0 — At Mesquite, Dillan Fuqua tossed a four-inning one-hitter and struck out three as the Bulldogs eliminated the Jaguars.

Jorge Milian’s double was the only hit for Desert Pines (21-10).

Lake Mead 12, Needles 8 — At Needles, California, Bryan White and Joey Johnson each went 4-for-4 and drove in two runs Thursday as the Eagles cruised past the Mustangs in the opening round.

Johnson doubled twice and scored twice, and White doubled once and scored three runs for the Eagles, who led 7-1 in the second inning and 10-3 in the fourth.

Dillon Darrow was 2-for-4 with a double and three RBIs, and Jayden Yeager went 2-for-4 with two runs and an RBI for Needles.

Lincoln County 13, Laughlin 9 — At Needles, California, Dean Ottley went 3-for-3 with two doubles and five RBIs as the Lynx downed the Cougars in the other opening-round game.

Mason Thornock was 1-for-4 with a triple, three runs and three RBIs, and Alex Vincent was 2-for-4 with a double for Lincoln County.

Cesar Arellano went 2-for-4, and Diego Trujillo was 1-for-3 with a home run, two runs and three RBIs for Laughlin.

Indian Springs 12, Tonopah 2 — At Alamo, Elyas Jones was 2-for-3 with a triple and a double, and the Thunderbirds used a 10-run first inning to rout the Muckers in five innings in a first-round game.

Brayden Tissue went 3-for-3 with a double and a run for Tonopah.

Pahranagat Valley 15, Spring Mountain 5 — At Alamo, Duston Stewart was 3-for-4 with a triple, a run and two RBIs as the Panthers beat the Golden Eagles in five innings.

Preston Higbee was 2-for-3 with a double, three RBIs and a run, and Garett Higbee went 2-for-2 with a run and three RBIs for Pahranagat Valley.

Preston Higbee threw three scoreless innings to get the win.