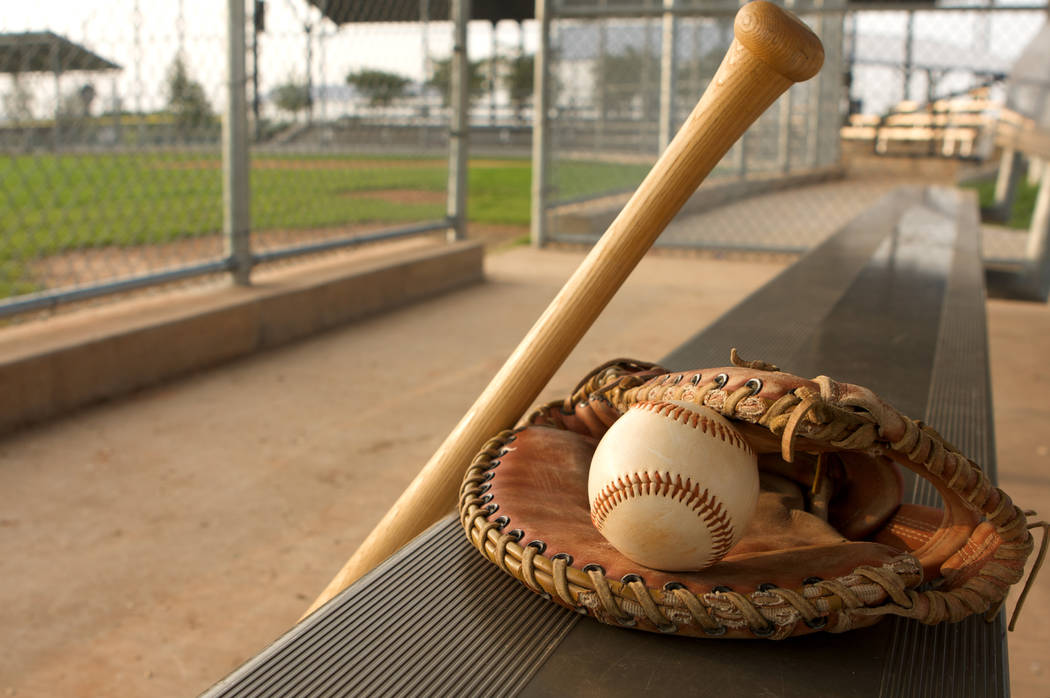 Winning pitcher Kobe Walker went 3-for-4 with a home run, a double and four RBIs Friday to lead Lincoln County’s baseball team into the championship game of the Class 2A state tournament with a 12-2 win over Lake Mead at Reed High in Sparks.

Walker tossed a five-inning six-hitter and struck out four, but his team was tied 2-2 with the Eagles until breaking out with six runs in the bottom of the fourth inning. The Lynx added four more runs in the fifth to end the game via the mercy rule.

Lincoln County (25-6) will attempt to win its third straight state title when it faces Yerington (29-6-1) at 10 a.m. Saturday at Reed. The Lynx need only one win to capture the title. Yerington must win twice.

Mitch Dolinar was 2-for-2 for Lake Mead, and teammate Bryan White went 1-for-1 with a double and an RBI.

Yerington 3, Lake Mead 1 — At Reed, Matthew Ortiz and Agustin Ramirez combined on a seven-hitter as the Lions knocked out the Eagles in the losers’ bracket final.

Michael Nicholas’ RBI double capped a two-run bottom of the third that gave the Lions the lead for good.

Nicholas and Justin Olmstead each went 2-for-3 for Yerington.

Pahrump Valley’s bid for a spot in the state championship game came up short Friday when the Trojans fell to Elko, 6-4 in the losers’ bracket final of the Class 3A state tournament at Galena.

Dylan Grossell was 2-for-3 with a double and two RBIs for Pahrump, which scored twice in the top of the seventh and brought the potential tying run to the plate, but Elko’s Brycen Kelly got Tyler Floyd to ground out to end the game.

Ryan Wickersham went 3-for-3 with an RBI, and Julian Loera was 2-for-2 with a double and four RBIs for the Indians, who led 4-0 after one inning.

Pahrump Valley 9, Boulder City 5 — At Galena, Cyle Havel escaped a bases-loaded jam in the bottom of the seventh inning to preserve the Trojans’ win over the Eagles in an elimination game.

Pahrump scored twice in the top of the seventh to build a 9-4 lead. Boulder City loaded the bases with no outs in the bottom of the inning before Havel came on and got consecutive strikeouts. A walk to Teddy Lobkowicz forced in a run, but Havel retired Rhett Armstrong to end the game.

Jesse Jones went 3-for-4 with a double, two runs and an RBI to help two-time defending Class 1A state champion Pahranagat Valley return to the championship game with a 10-6 win over Indian Springs at North Valleys.

Brodey Maxwell was 1-for-3 with a double and two RBIs, and Tayt Leavitt went 1-for-3 with two RBIs for the Panthers, who built a 10-1 lead in the fourth inning and held off a late rally by the Thunderbirds.

Pahranagat Valley (20-6) will face Indian Springs (17-5) in the title game at 10 a.m. Saturday. Should the Thunderbirds win, a winner-take-all second game would be necessary.

Bailey Larkin was 2-for-3 with a home run and two RBIs, and Elyas Jones went 2-for-4 with two doubles and an RBI for Indian Springs.

Bailey Larkin and Ryan Gertz each doubled for the Thunderbirds.