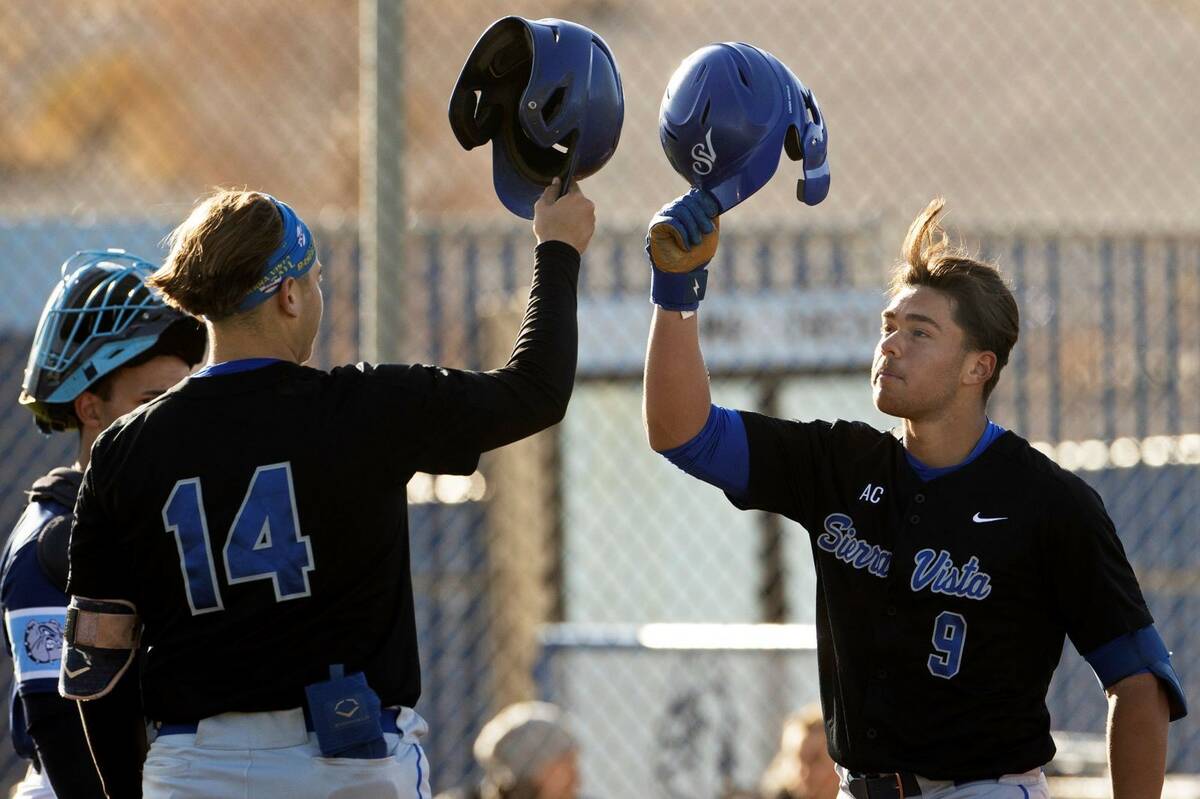 The Bulldogs edged Moapa Valley 8-6 for the baseball title and routed Boulder City 13-0 in five innings for the softball crown behind a one-hit shutout with seven strikeouts from Riley Price.

No. 2M Sierra Vista 15, No. 5D Chaparral 0 (3) — At Sierra Vista, Chase Frey was 3-for-3 with a double and five RBIs and threw a three-inning shutout with six strikeouts as the Mountain Lions eliminated the Cowboys.

No. 4M Durango 15, No. 3D Doral Academy 0 (3) — At Doral Academy, Thomas Crafard homered and drove in four, and the Traiblazers shut out the Dragons.

At Needles, No. 2 The Meadows and No. 3 Lake Mead advanced to the Southern Region championship round.

Lake Mead beat No. 1 Meadows 5-3, while The Meadows beat No. 4 Lincoln County behind Tanner Woods’ five RBIs before an 8-2 win over Needles with Jordan Almendarez throwing a complete game, allowing one earned run on eight hits and striking out five.

The championship game is set for 10 a.m., with another game to follow if The Meadows wins.

No. 4D Chaparral 4, No. 3M Tech 2 — At Tech, Taimane Laolagi-Aloy allowed no earned runs and struck out 11 in a complete game as the Cowboys beat the Roadrunners.

No. 4M Durango 17, No. 6M Cheyenne 2 (3) — At Durango, Ashley McMahon was 2-for-2 with a triple and three RBIs to help the Trailblazers eliminate the Desert Storms.

At Needles, top-seeded Needles blanked No. 2 Lincoln County 10-0 to advance to the Southern Region tournament championship round, while No. 4 The Meadows won two elimination games, 17-7 over No. 3 White Pine and 13-6 over Lincoln County.

At Indian Springs, Jersey Tsosie hit a grand slam as part of a seven-RBI day, and Pahranagat Valley whipped No. 3 Tonopah 20-5 to reach the championship round.

The Panthers will play Tonopah again, after the Muckers beat No. 2 Indian Springs 17-8. The championship game will be played at 10 a.m., with another game to follow if Tonopah wins. 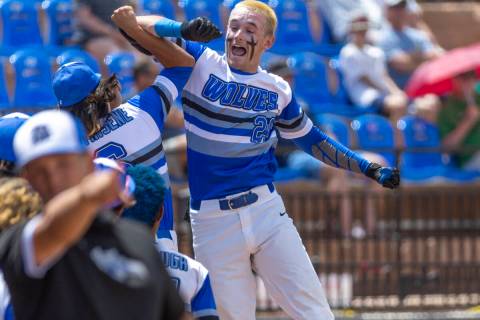