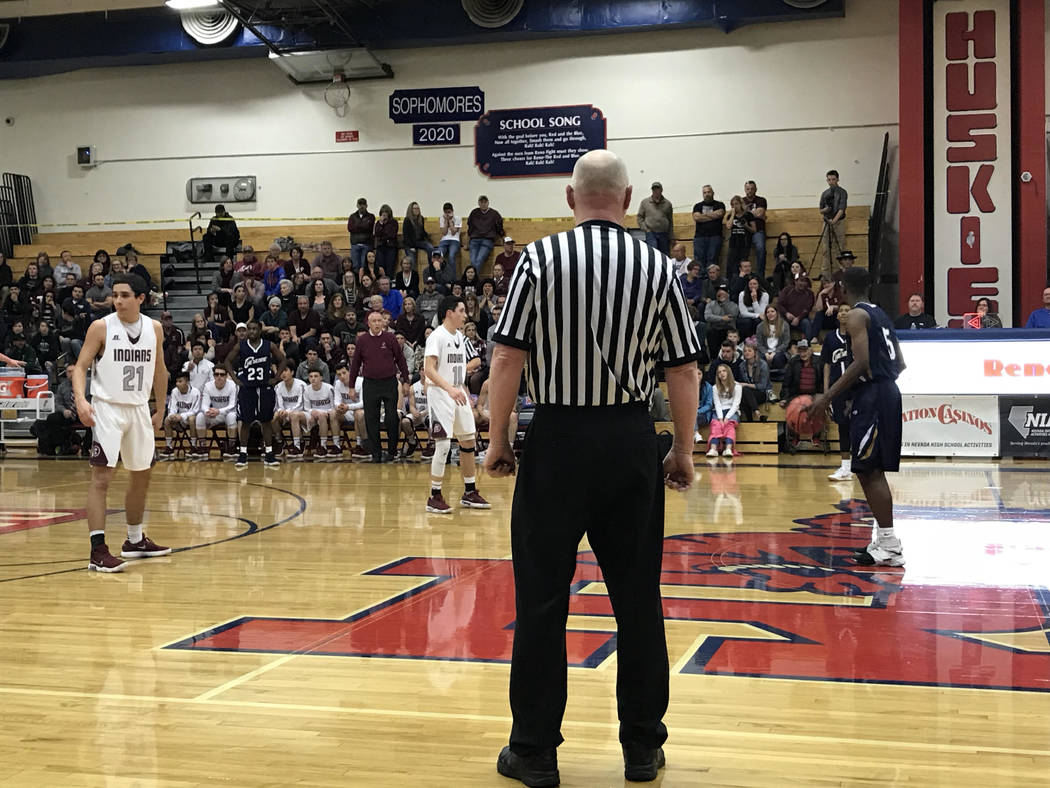 RENO — Cheyenne’s boys basketball team was in the midst of unraveling against Elko in the Class 3A state semifinals at Reno High School on Friday night.

Hall buried a corner 3-pointer with 1 minute, 13 seconds left in the fourth quarter and made a pair of free throws on the next possession to lift Cheyenne (18-10) to a 57-53 victory and a berth in the state championship game opposite rival Desert Pines.

They’ll play at 4:30 p.m. Saturday at the Lawlor Events Center. The Jaguars (21-9) have won two of the three meetings this year and beat the Desert Shields in the Class 3A title game last season.

And thanks to Hall, Cheyenne is in position to claim its first state championship since 2003.

The Desert Shields nursed a single-digit lead for much of the first three quarters, but couldn’t shake the Indians, who were more than happy to play alongside Cheyenne in transition.

Elko finally slowed the pace midway through the fourth quarter, and took a series of two-point leads via big man Jeron Yopps and a cluster of low-post buckets.

Desert Shields coach Teral Fair didn’t panic, though, and neither did his players. They worked the ball around Elko’s 2-3 zone defense, and found Hall in left corner.

He did the rest.

“He’s been coming on all season. He was huge tonight,” Fair said. “We’ve been waiting on him most of the season to turn the corner … You saw evidence tonight of all the hard work he puts in.”

It figures, because he sure didn’t play like a freshman.

Wiley scored a team-high 15 points, and the Jaguars rolled to a win over the Spartans (17-12) at Reno High School.

Desert Pines is back in the Class 3A state championship game for the fourth consecutive season, and will try to win its second straight title.

Wiley played his role perfectly and helped Desert Pines build a 30-21 halftime lead with his decision making and defensive pressure.

Desert Pines big man Darnell Washington scored all 12 of his points in the second half, and Wiley scored 10 points in the final quarter to put the Spartans away.