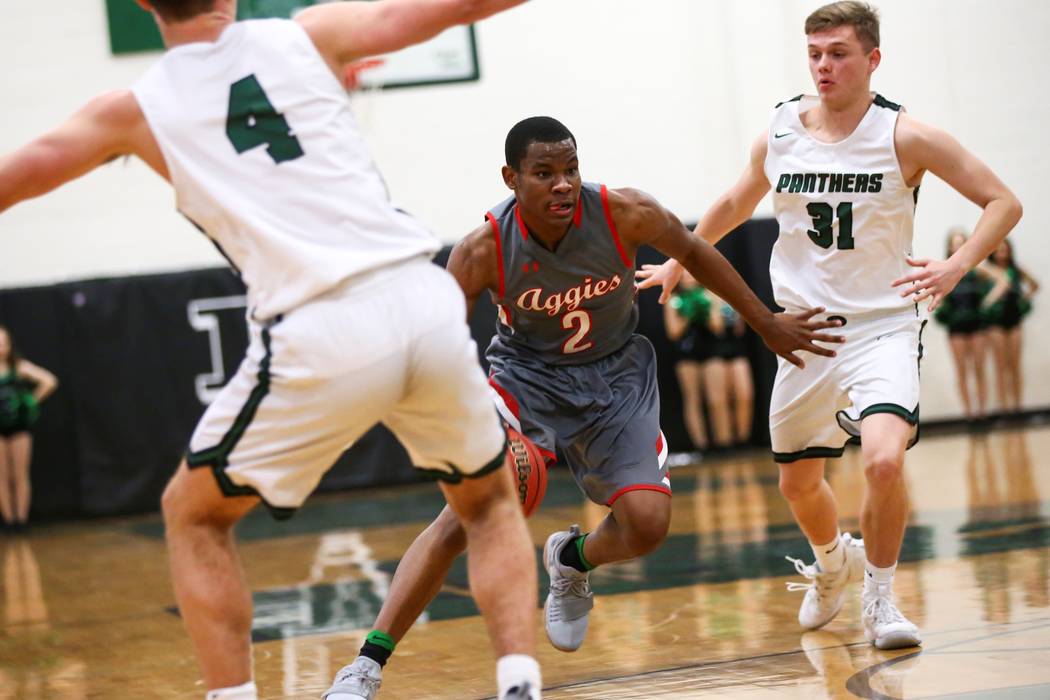 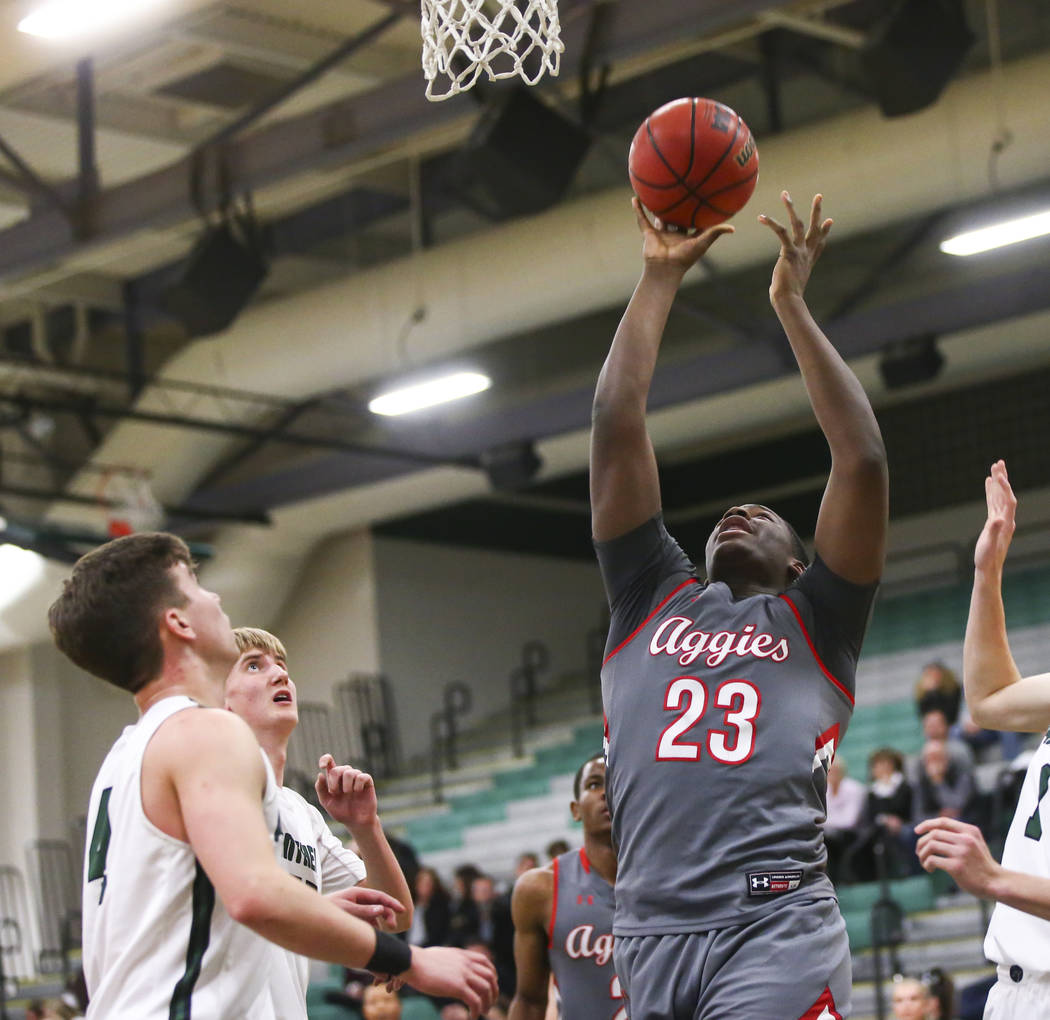 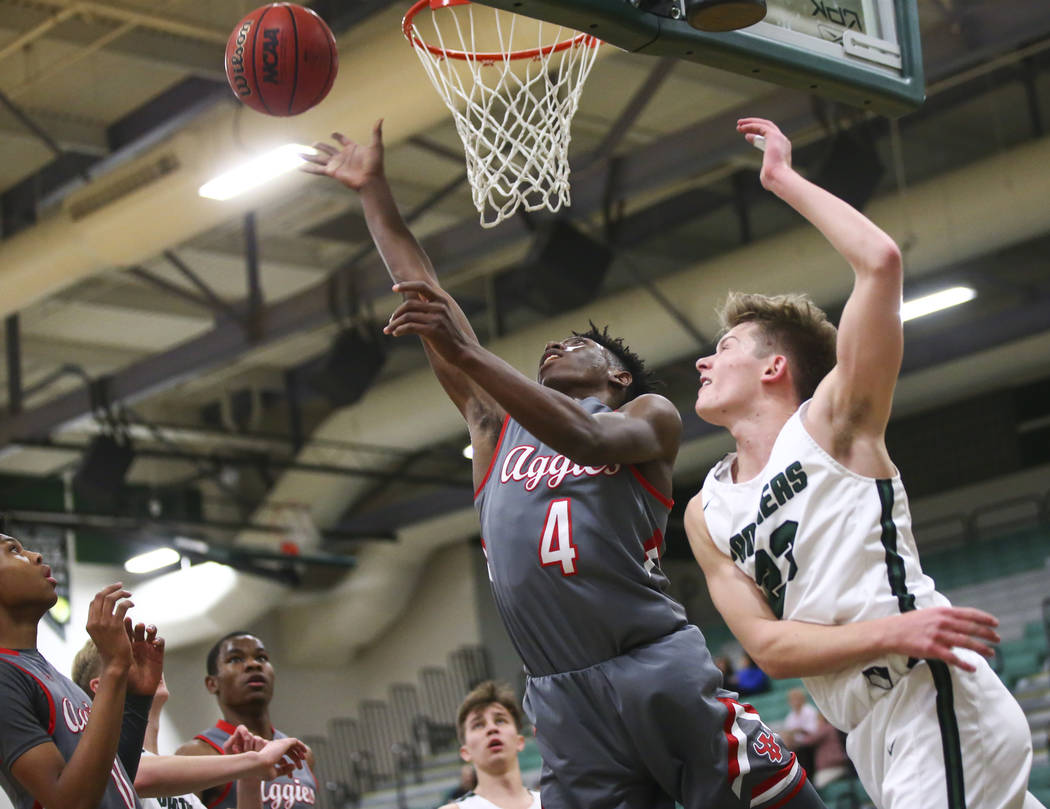 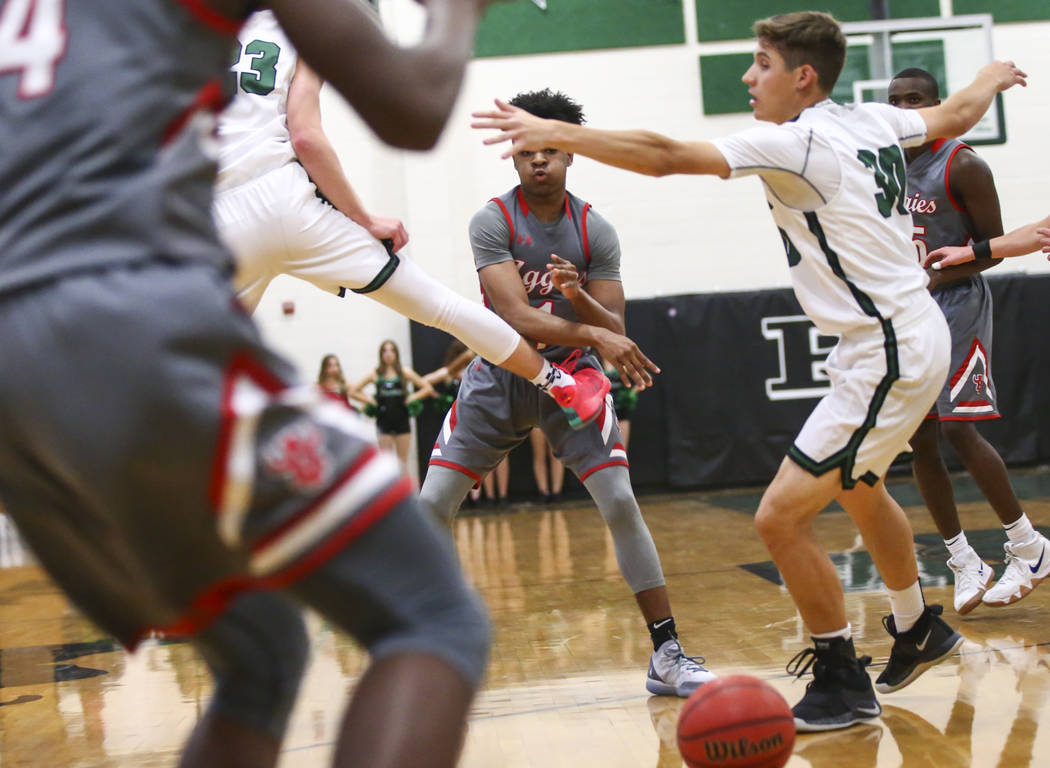 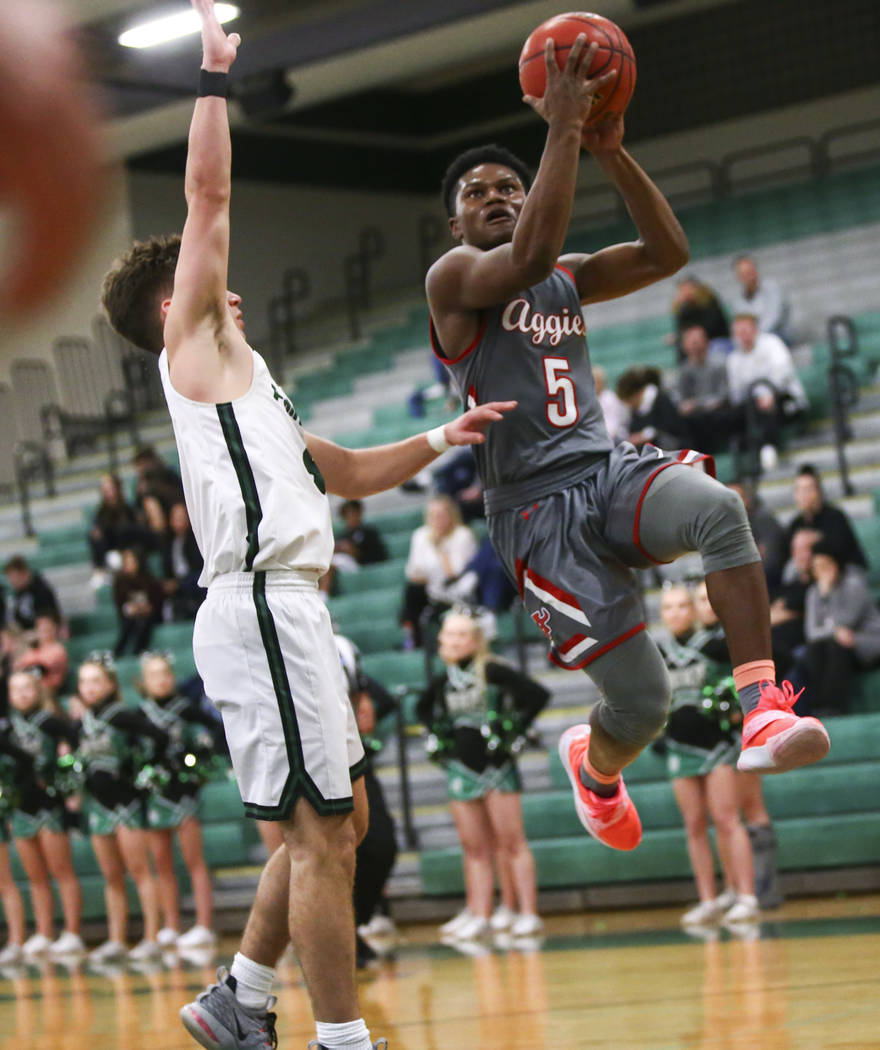 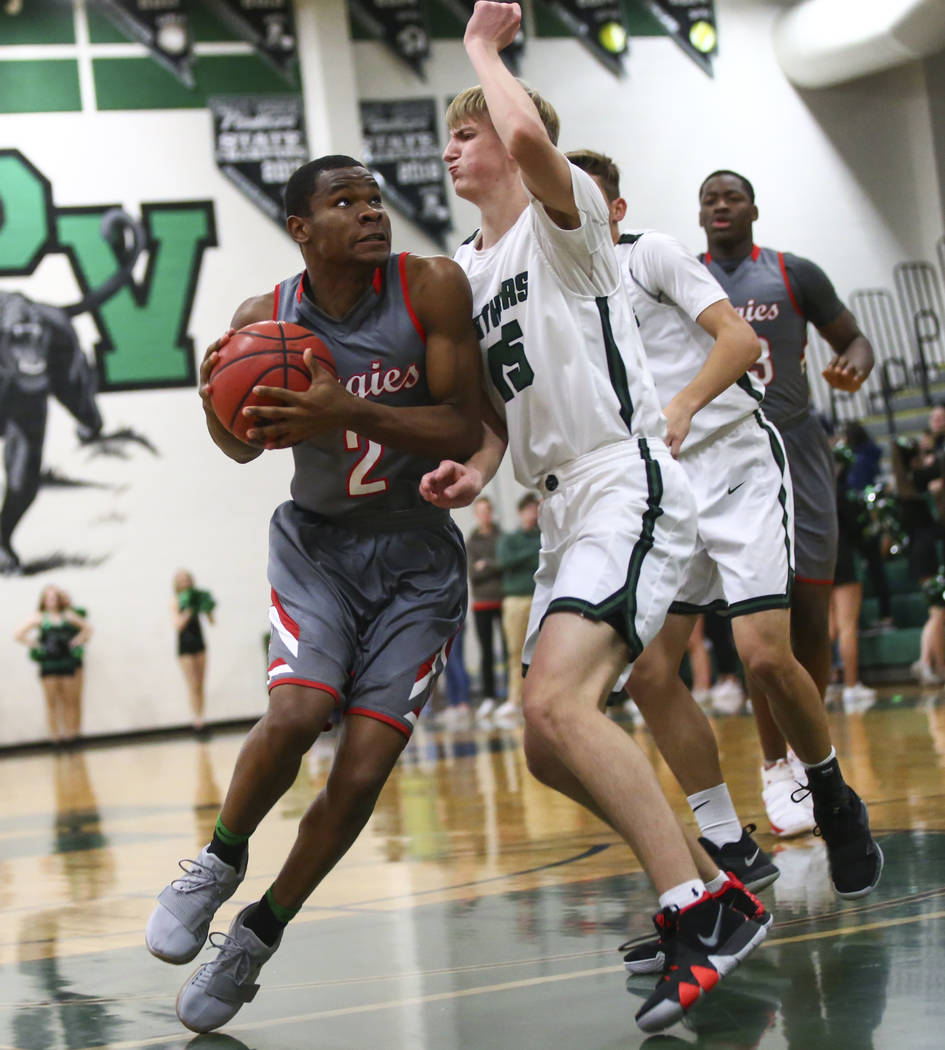 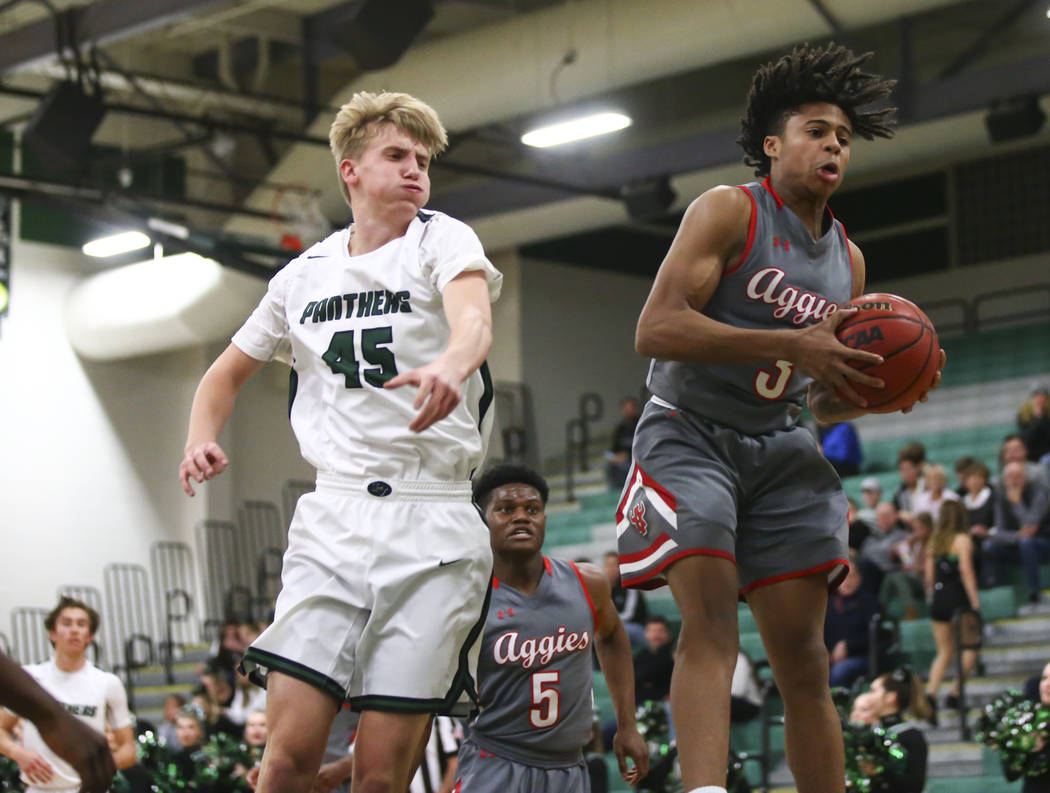 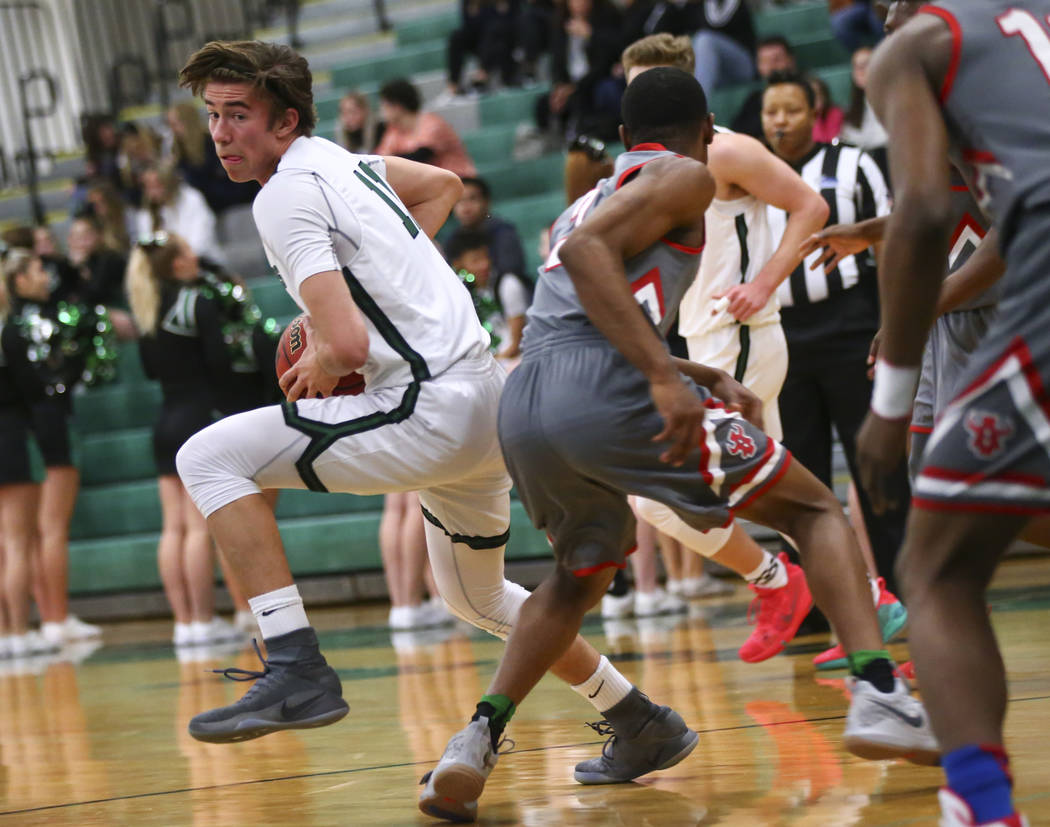 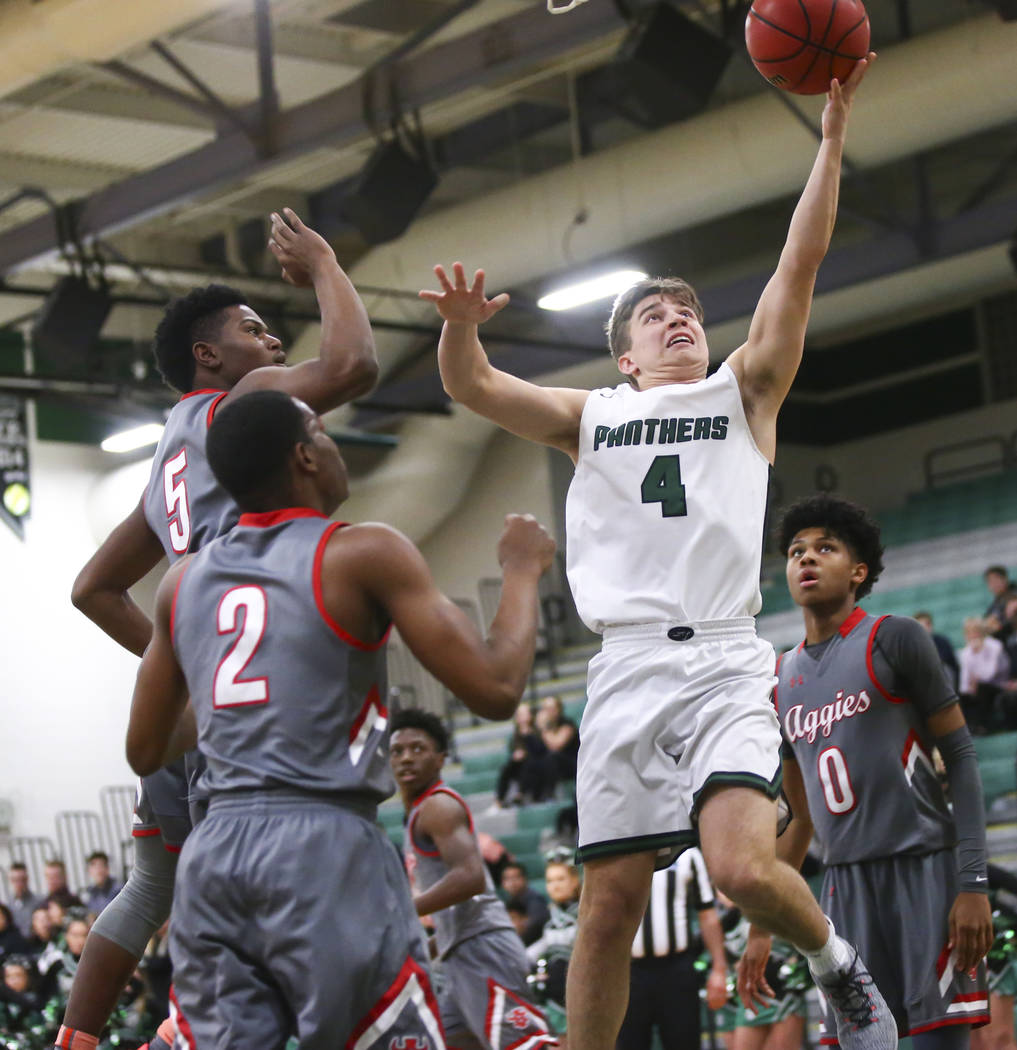 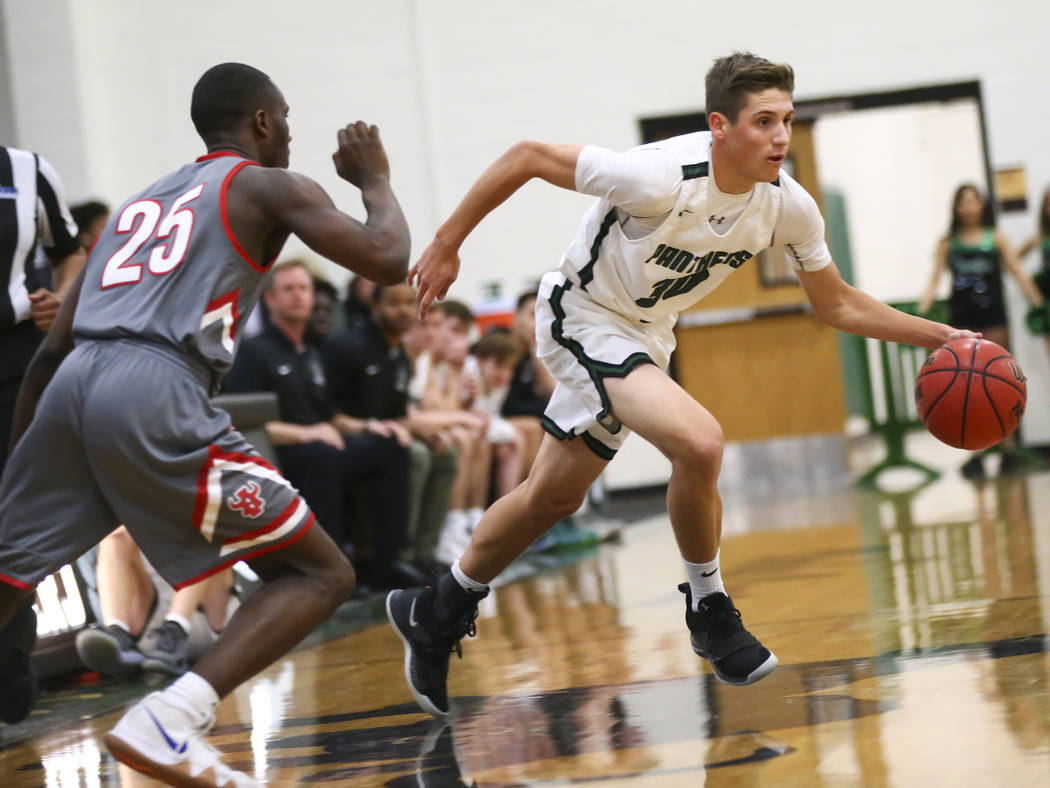 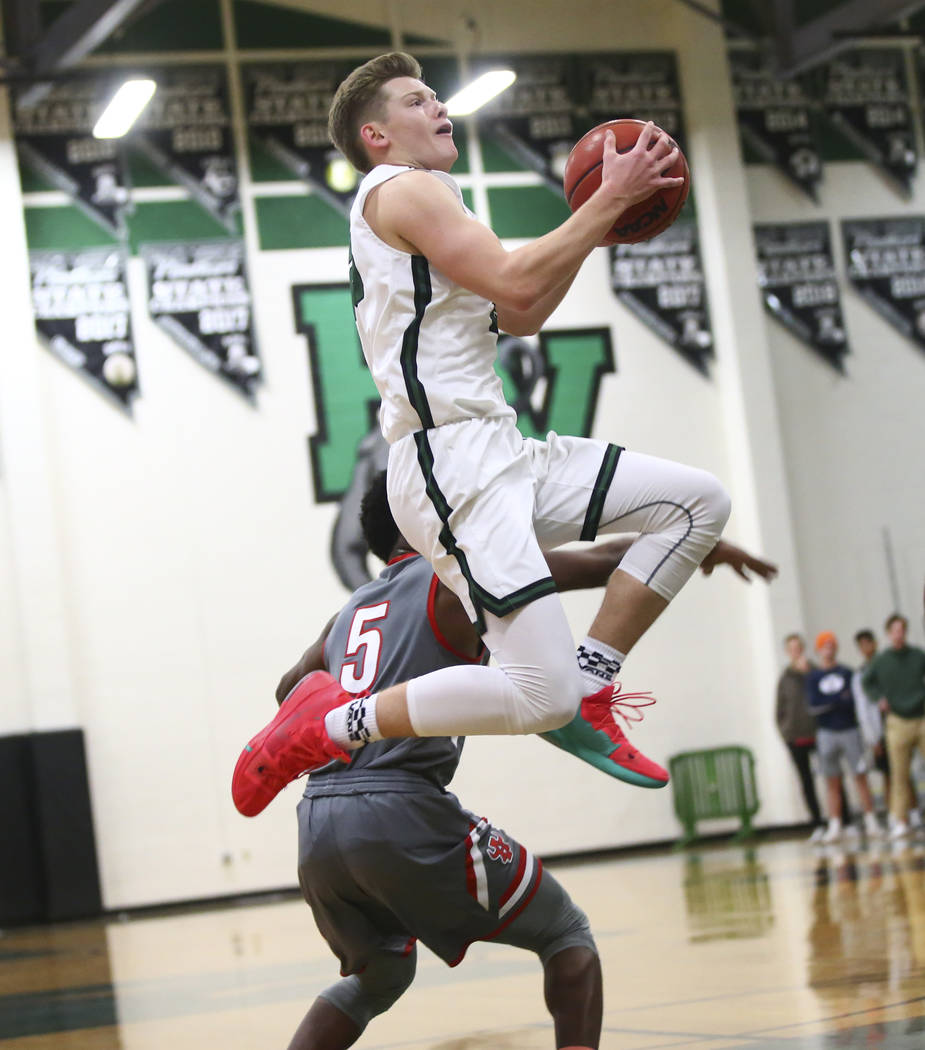 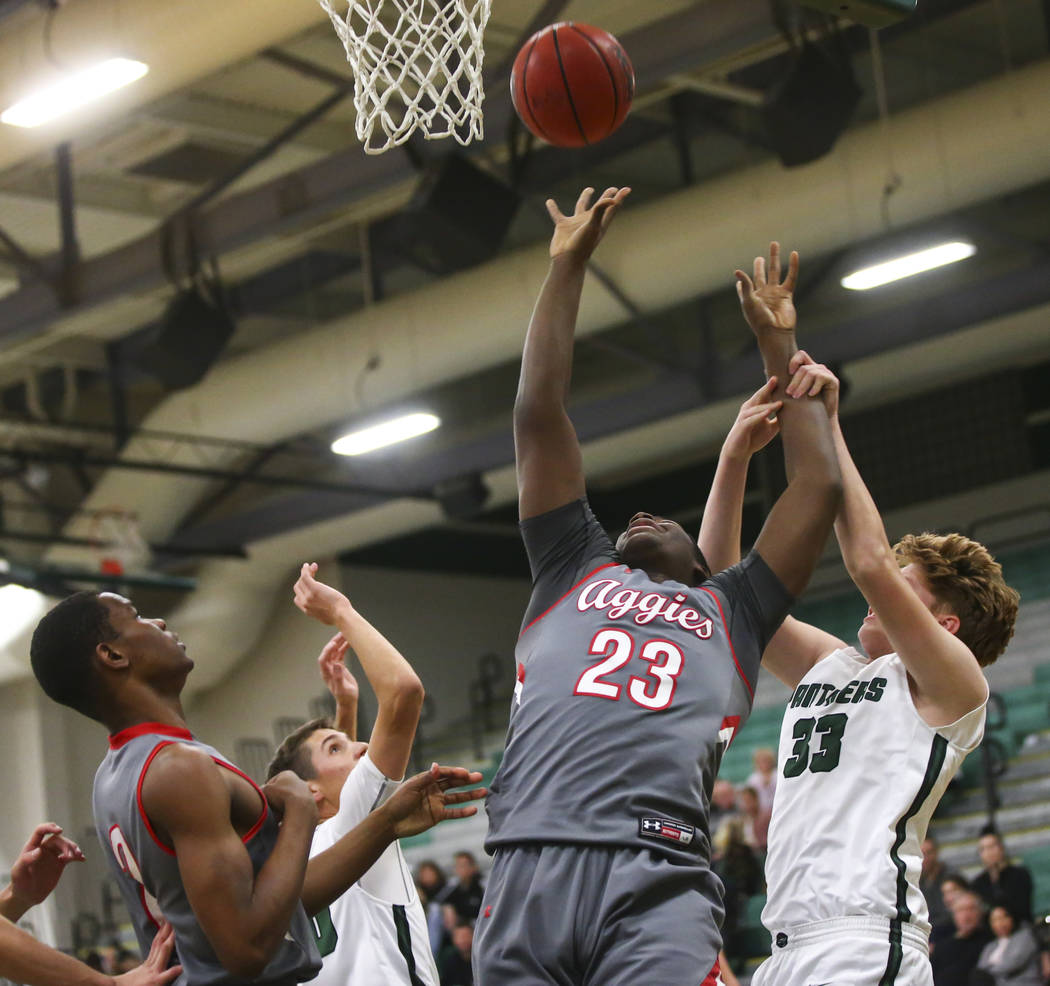 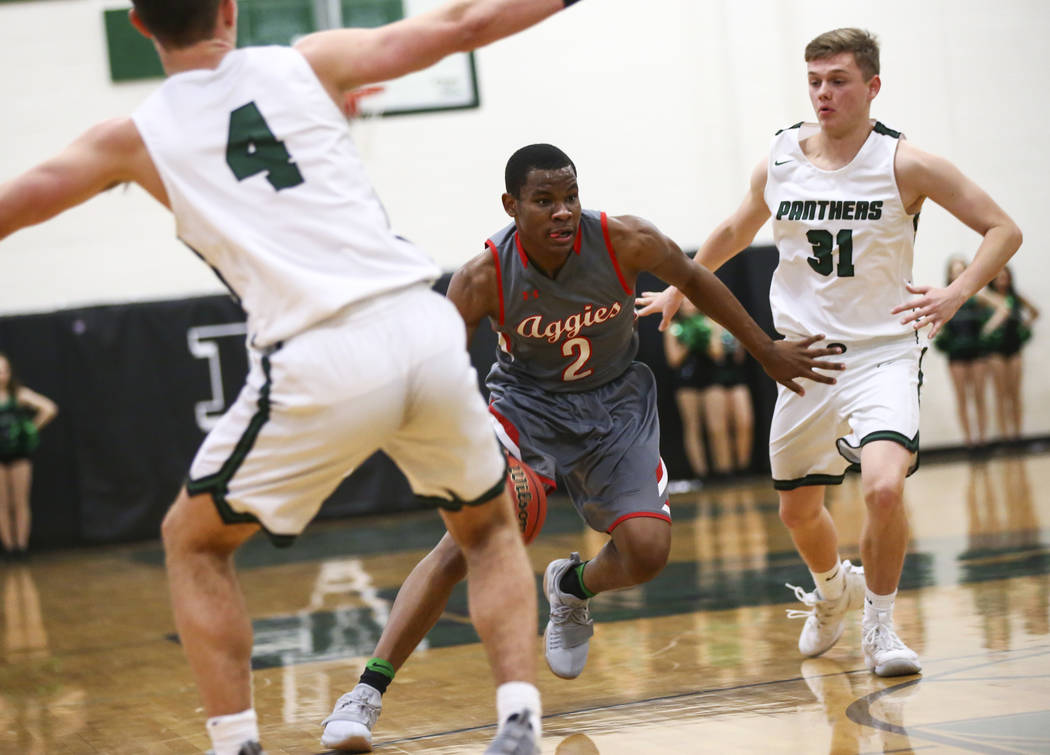 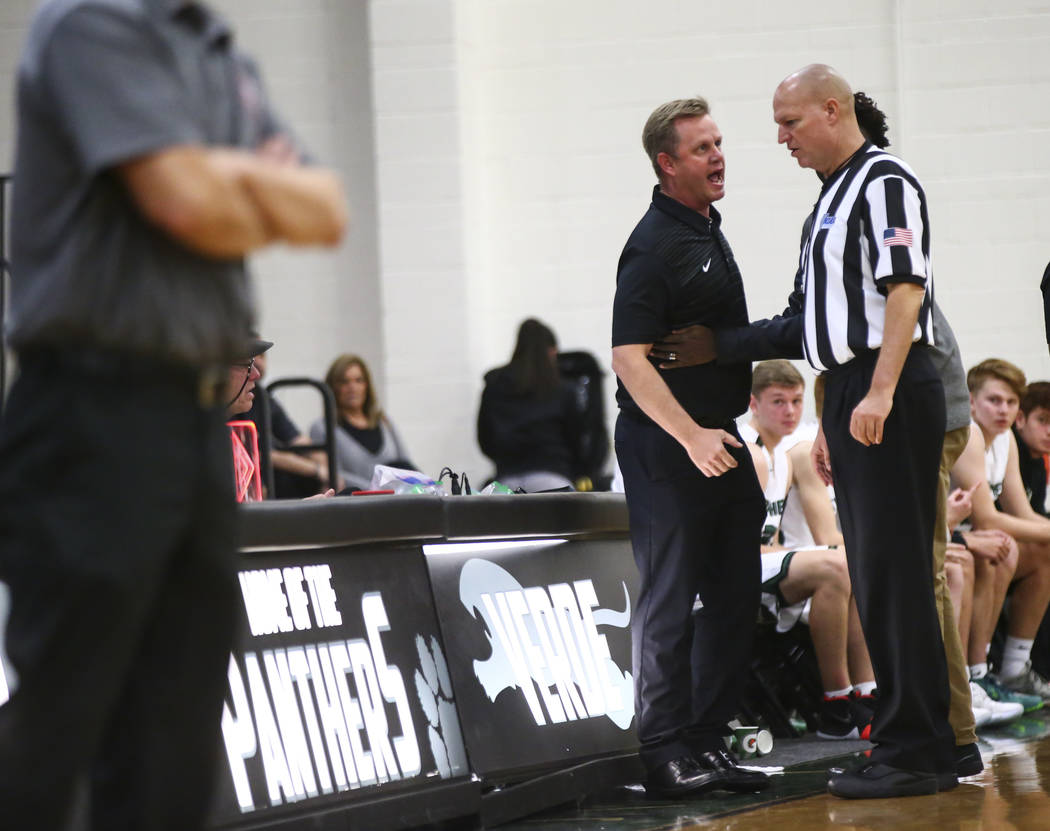 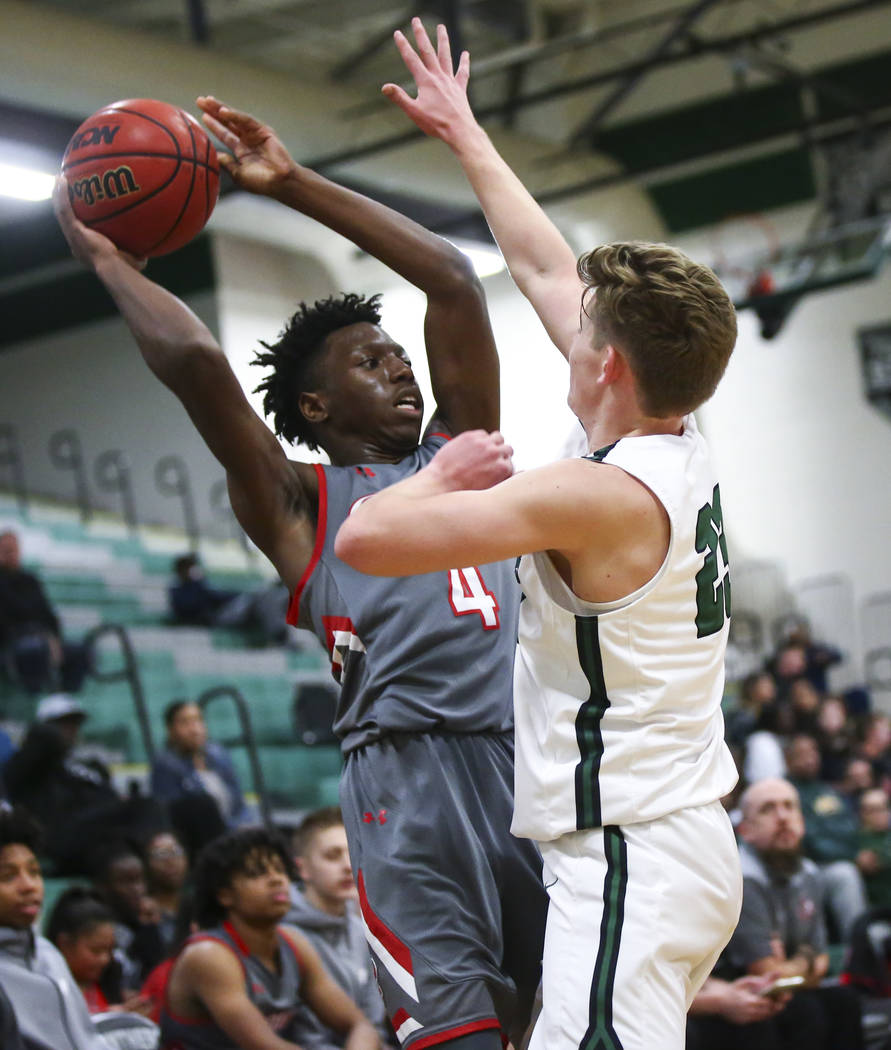 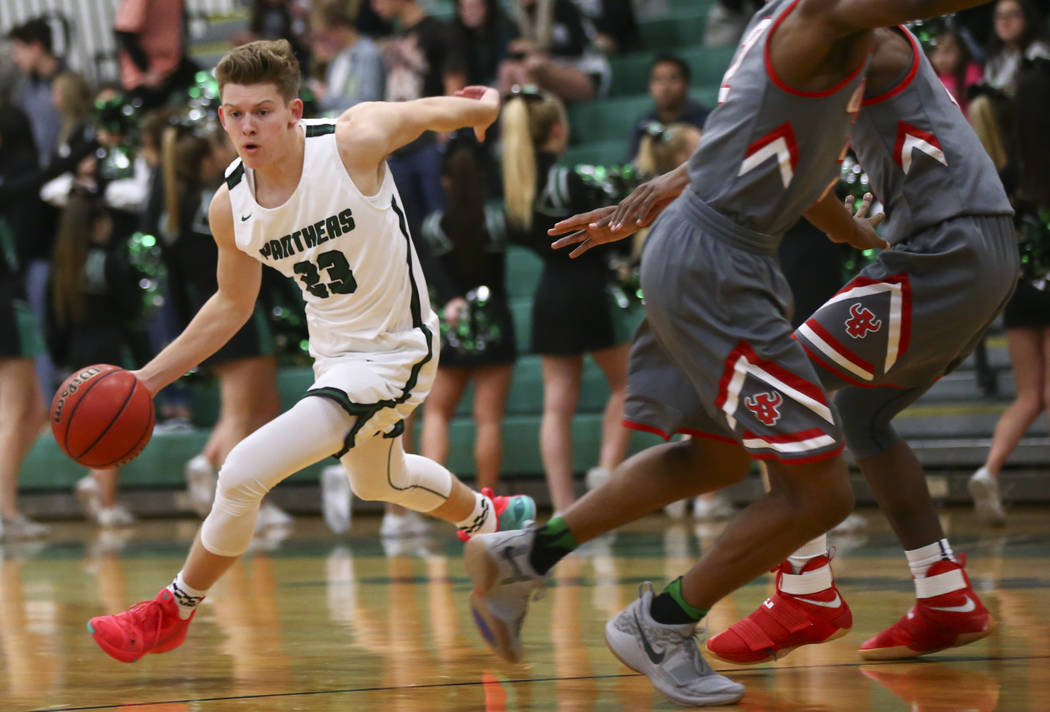 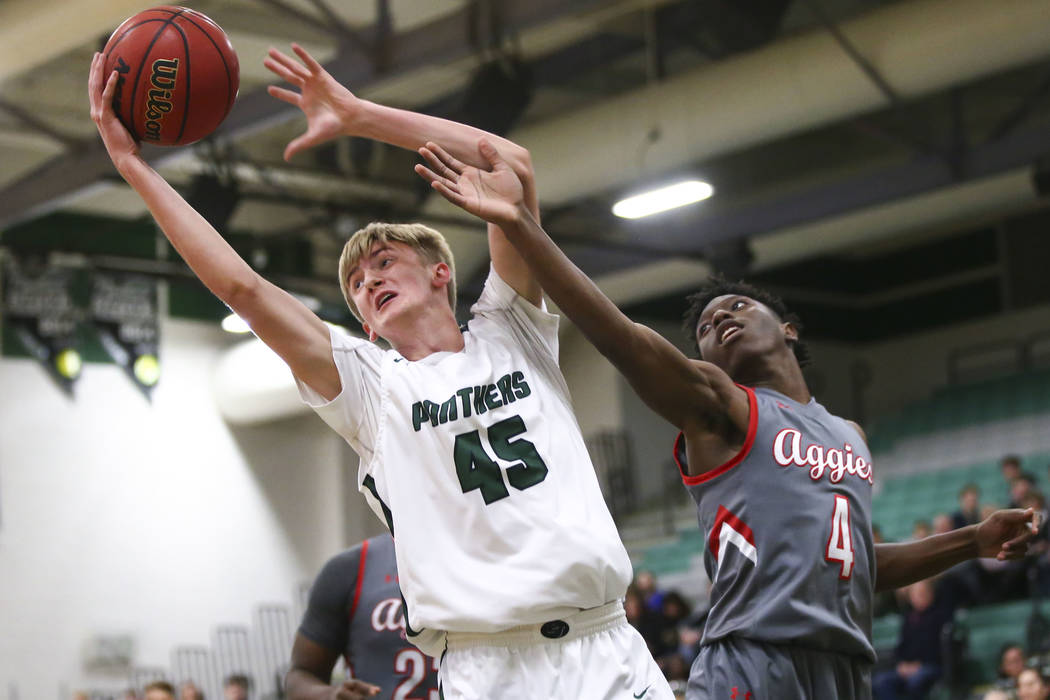 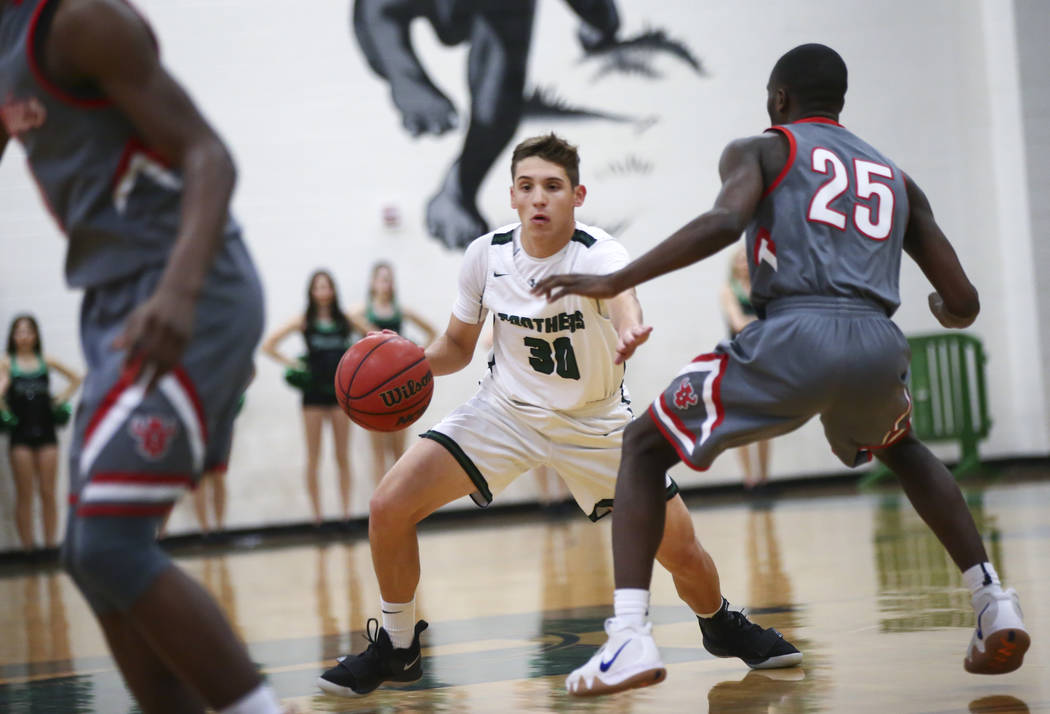 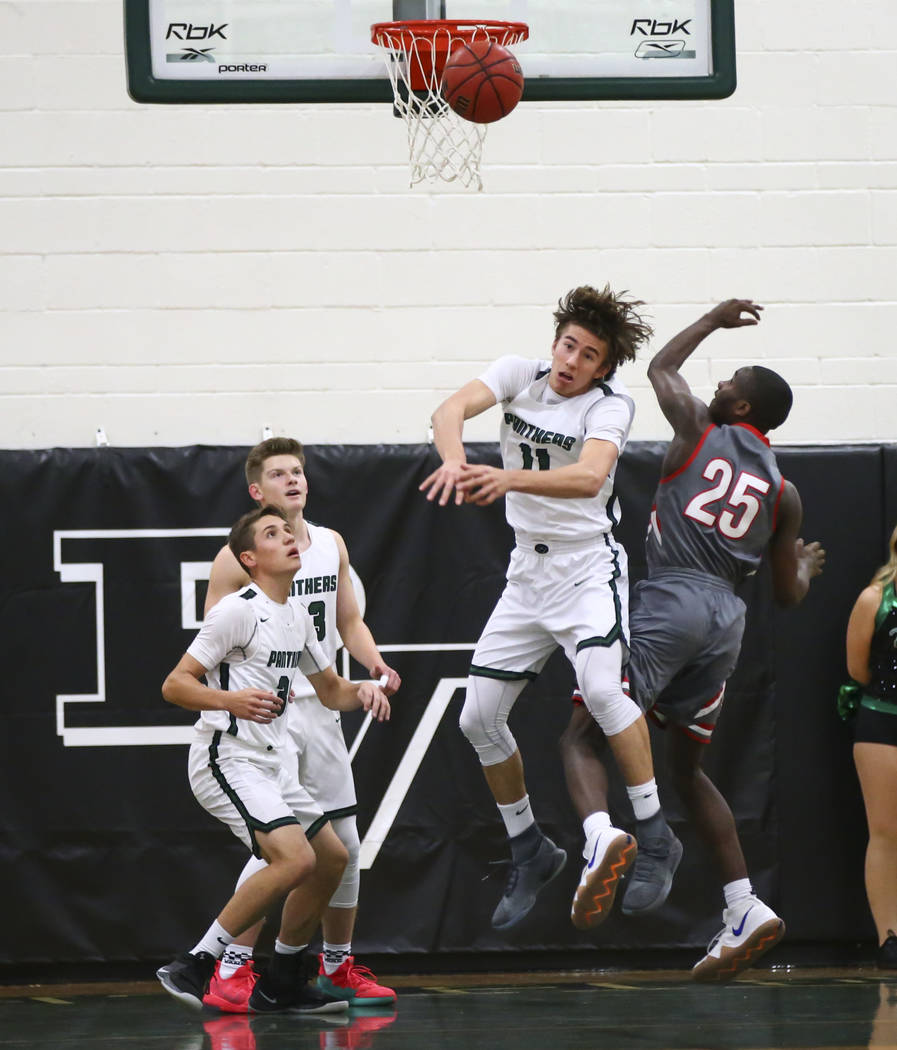 Especially on the offensive glass.

Whatever Clayton said in the locker room sparked the Aggies.

Arbor View used a huge third-quarter rebounding edge to erase a halftime deficit on its way to a 66-54 win at Palo Verde.

“We got hurt a little bit on offensive put-backs in the first half, so we stressed for the second half to get on the boards on both ends,” Clayton said. “That was one of our pregame points of emphasis. We just didn’t do it in the first half. We were sluggish all around.”

The Aggies (17-4, 7-0 Northwest League) held a 15-10 rebounding edge in the first half but allowed the Panthers to score seven second-chance points as Palo Verde built a 27-23 halftime lead.

That all changed early in the second half.

Jaylon Lee grabbed consecutive offensive rebounds and hit a stick-back basket just 1:09 into the third quarter to start a 23-4 run.

Lee, who had two points and one rebound in the first half, had 12 points and five rebounds (all offensive) in the third quarter.

“He went to work,” Clayton said. “That’s probably the best he’s finished down low on the block all year. He was huge.”

The 6-foot-7-inch junior had a pair of three-point plays in the quarter as the Aggies worked the ball inside and used an effective transition game to hit 10 baskets in the paint in the quarter. Arbor View outrebounded Palo Verde 14-3 in the quarter and had nine second-chance points.

“We’ve got seven or eight guards who play a ton of minutes, so we can go to anybody when guys are having an off night,” Clayton said. “We have really good depth.”