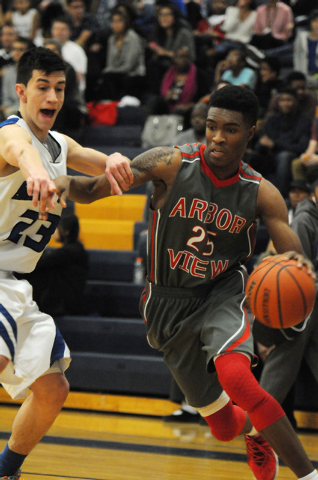 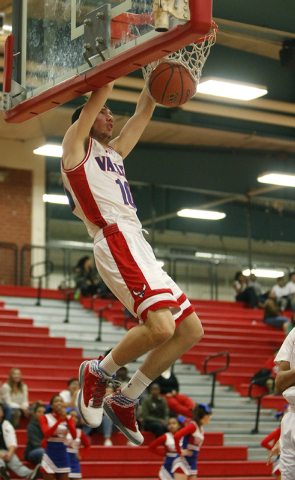 Valley’s Spencer Mathis dunks the ball during a game against Coronado on Wednesday. 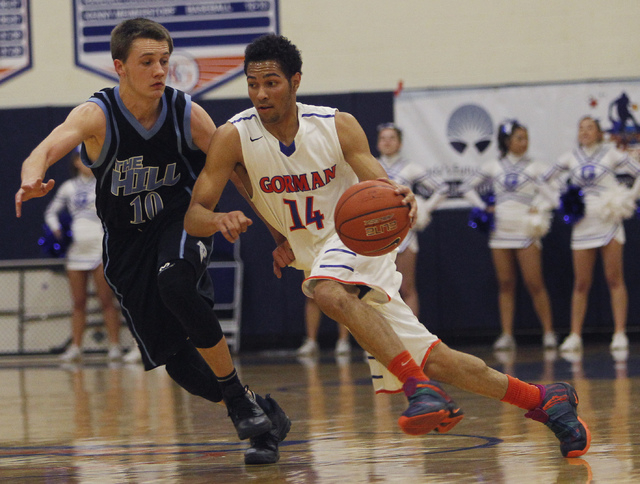 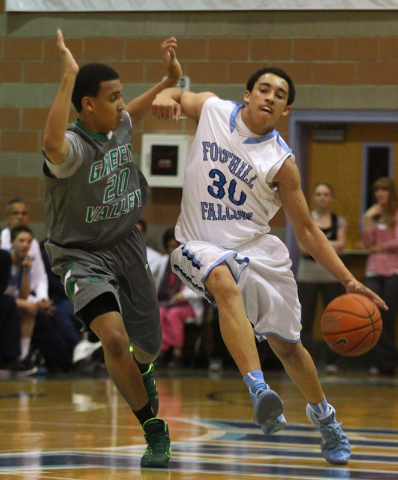 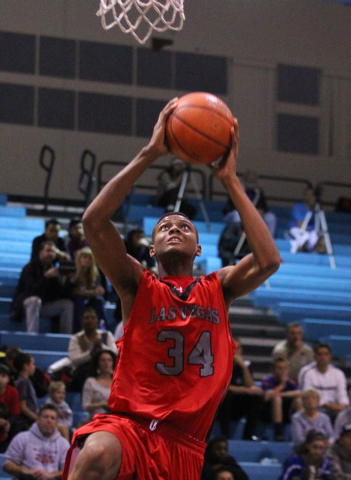 Las Vegas’ Re’Kwon Smith (34) jumps for a slam dunk against Foothill earlier this season. Smith was the co-MVP of the Northeast League. (Chase Stevens/Las Vegas Review-Journal)

Kyle Hageness knew Justin Burks was playing well. But it wasn’t until after the game that the Arbor View boys basketball coach realized just how much his senior standout had done.

After a sluggish start, Burks led the Aggies back from a 13-point halftime deficit against Basic on Dec. 16, and his layup with three seconds left sent the game into overtime. The UC Santa Barbara signee finished with 33 points, and the Aggies went on to an 87-76 road win.

“He damn near had a triple-double, and it was quiet. It was all in the flow of the game,” Hageness said. “I don’t know anybody that can score (33) points quietly, but Justin has the ability to do that. He is a special kid and a special player.”

The 6-foot-7-inch forward shot 52 percent from the field, showing off an improved jumper. Burks scored more than 30 points eight times, including a school-record 42 points in a 101-94 overtime victory over Sierra Vista on Jan. 24.

“He was a pretty good shooter last year, but he was a deadly shooter at times this year,” Hageness said. “He pretty much rewrote every offensive record, and to do that as a humble kid, I can’t say enough about him.”

Burks was joined on the All-Northwest first team by teammates Terrell Butler and Charles Porter, along with Alex Arias and Darryl Gaynor of Durango and Mikko Balmes of Sierra Vista. DeShawn Henry of Durango was the league’s coach of the year.