If you are having problems accessing today’s e-Edition, please click on this link VIEW E-EDITION
February 20, 2013 - 8:25 pm 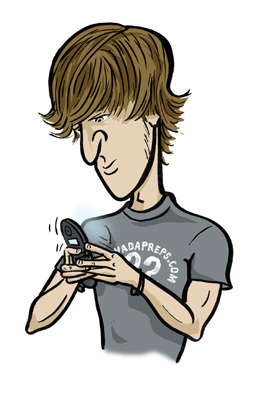 I’ve been working on a “Harlem Shake” video with Eric and a bunch of friends from our geometry class. You should see him do the Bernie. It’s raw.

Anyway, the plan was to have the video done in time to debut during this week’s state basketball tournament, but Eric decided to hop on a plane for Siberia to check out the Russian meteor. He’s been into that space stuff since we were kids and he won the fourth-grade science fair by building a zero-gravity homework chamber out of Legos and old golf-cart parts. Even his mom calls him “Big Bang Theory.”

Since Eric is off checking out asteroids and stuff, I’ll be flying solo at Orleans Arena and Del Sol. I can’t dance like he can, so instead I’ll throw out my state tourney predictions for your entertainment.

I’m really torn here. Canyon Springs has been the hottest team in the area since second-year coach Freddie Banks took the redshirt off sophomore guard Jordan Davis. And, remember, the Pioneers are only two years removed from winning the Class 4A state title, so this isn’t some upstart program making a shock postseason run. But a fourth meeting between the Bulldogs, led by Stanford-bound Malcolm and Marcus Allen, and the nationally-ranked Gaels just feels inevitable, doesn’t it? So does an upset.

Elko fans must be bitter right now. Instead of having a legitimate shot at the state title, realignment has handed the Northern Region champs a semifinal matchup against Clark, which features a Division I recruit (Eastern Washington signee Sir Washington) in the backcourt and a front line that goes 6-8, 6-6, 6-5. Ultimately, in the final, the vision and leadership of senior point guard Julian Jacobs will give Desert Pines the edge in the rematch with the Chargers. Cue the “Who’s No. 1, Gorman or DP?” debate.

The Stars are battle tested and have played well in the final month of the season, but they still don’t have an answer for Lincoln County’s duo of Ryan Rippetoe and Chandler Katschke.

Make it four straight state titles for the Panthers.

I love the scene in “Revenge of the Nerds 2: Nerds in Paradise” when they manipulate the sign at the Hotel Coral Essex, and the hotel’s female owner repeats “Hit thee sweetch” in her cute Latin accent. I always think of that scene when I see teams like Centennial. The Bulldogs sorta sleepwalked through the regular season and then “hit thee sweetch” for the postseason. The big question is whether they’ll be looking ahead to the final and stumble against Reno. I’ll give them the benefit of the doubt.

Faith Lutheran fans are celebrating right now. I picked against them last week, and rumor has it that my slight helped motivate the Crusaders to a region title. Surely, picking against them again will provide the necessary oomph for a run at the state title, right? Actually, I just figured that a team from the northern part of the state was bound to win one of these matchups. That and I didn’t want people thinking I’m a total homer for Southern Nevada. P.S.: I am.

The Mustangs already own a 21-point win over Southern League champ Lincoln County.

The Panthers complete the state three-peat.