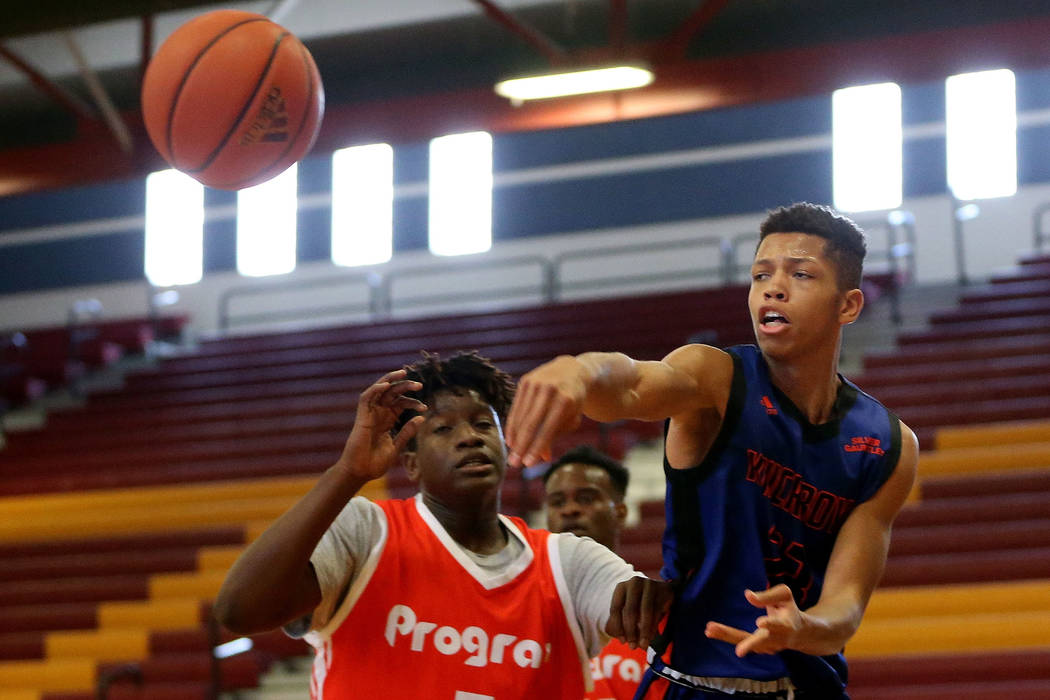 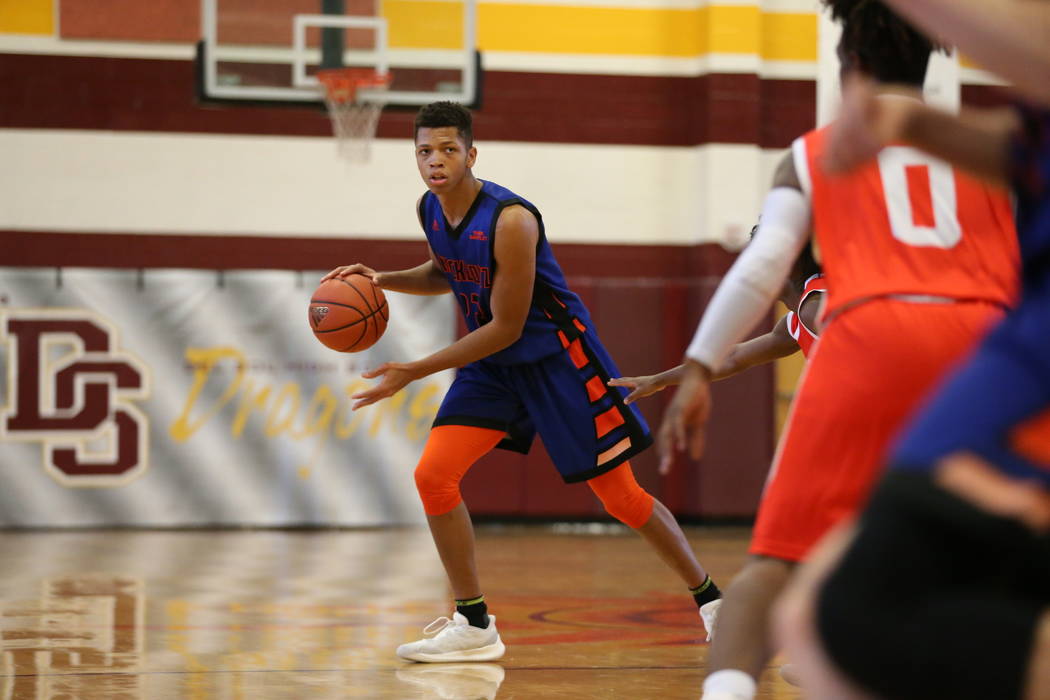 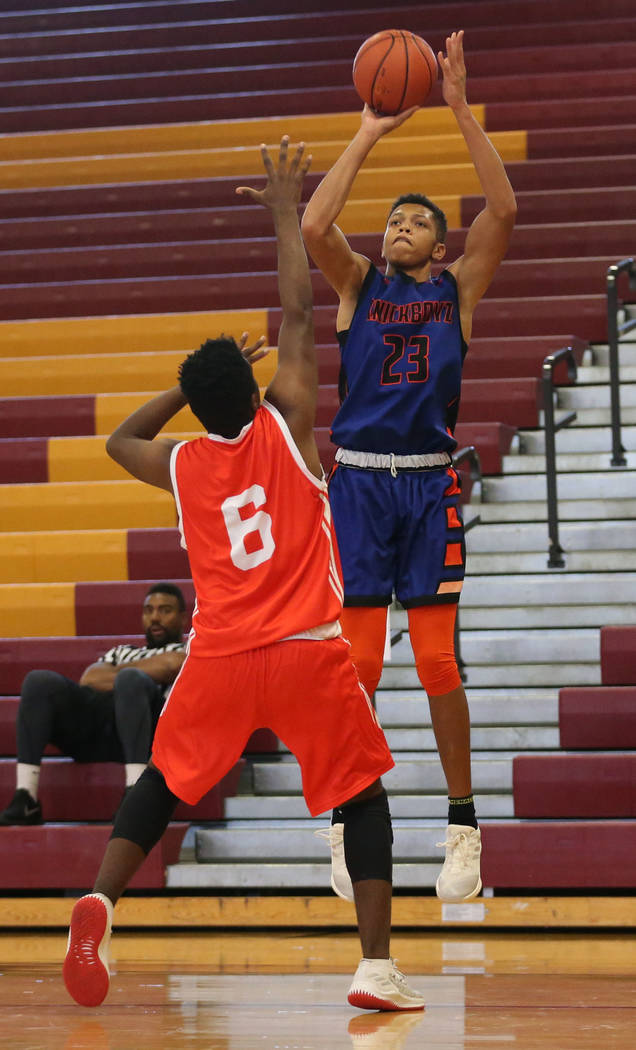 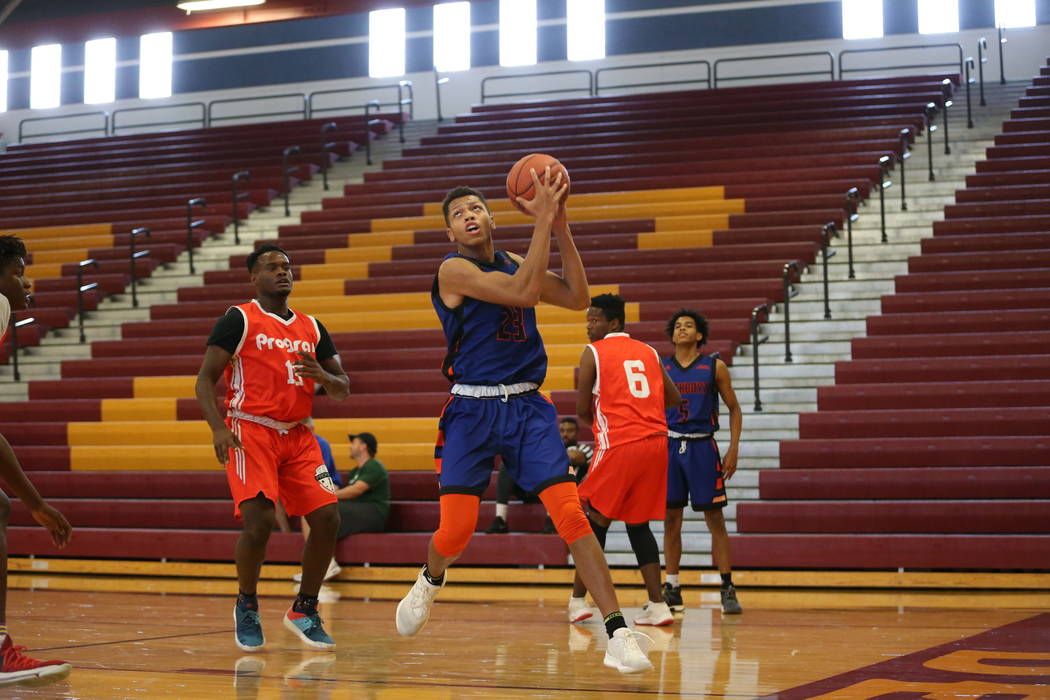 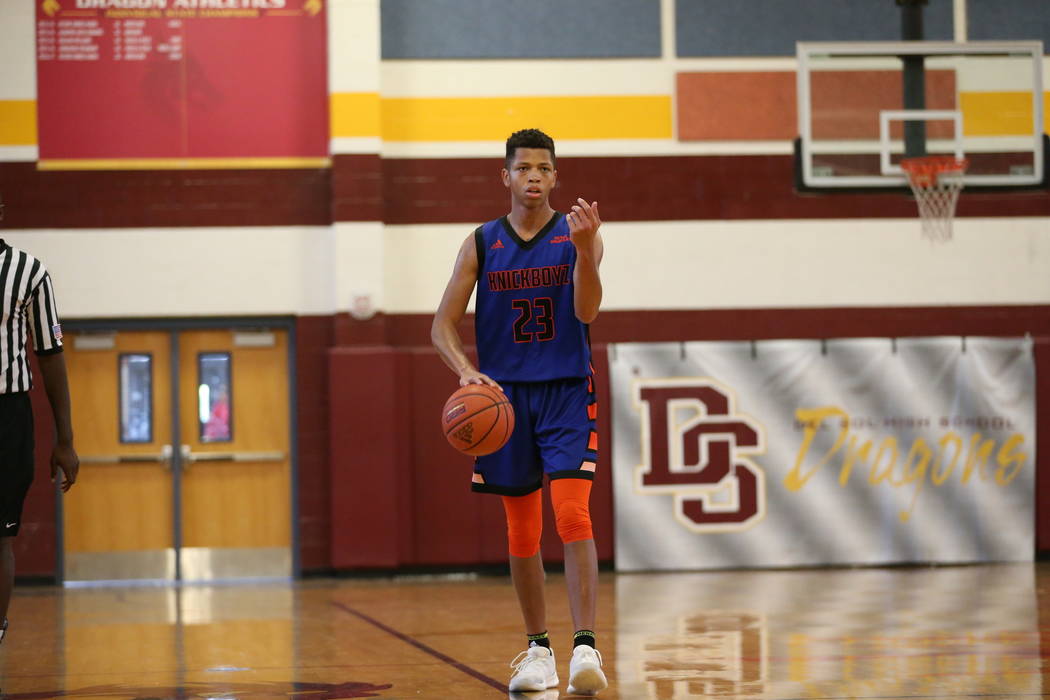 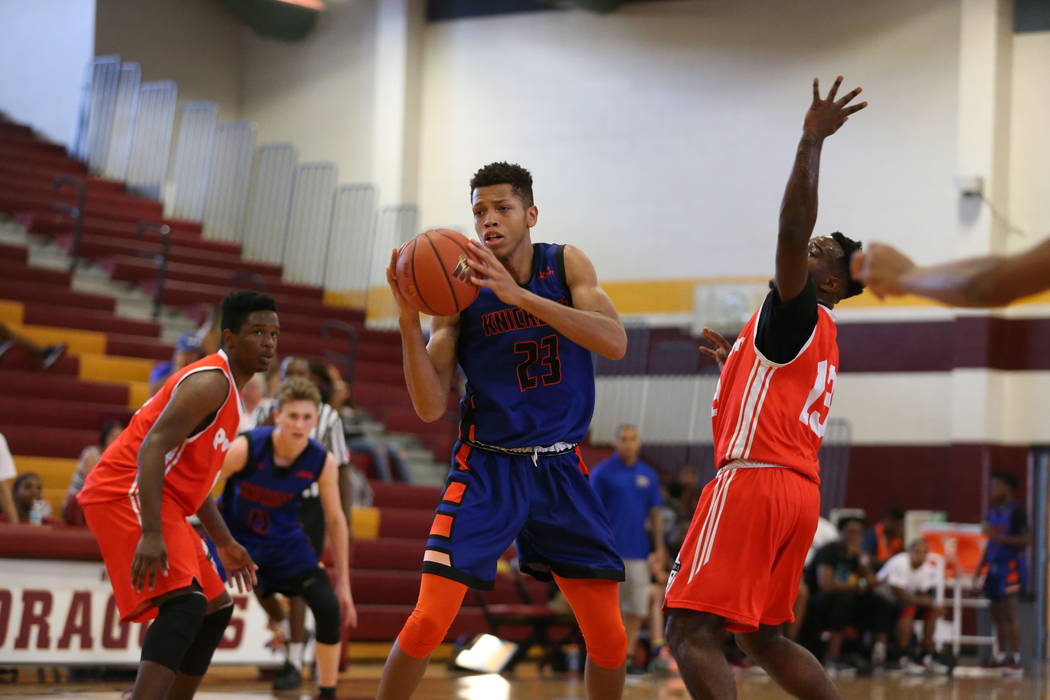 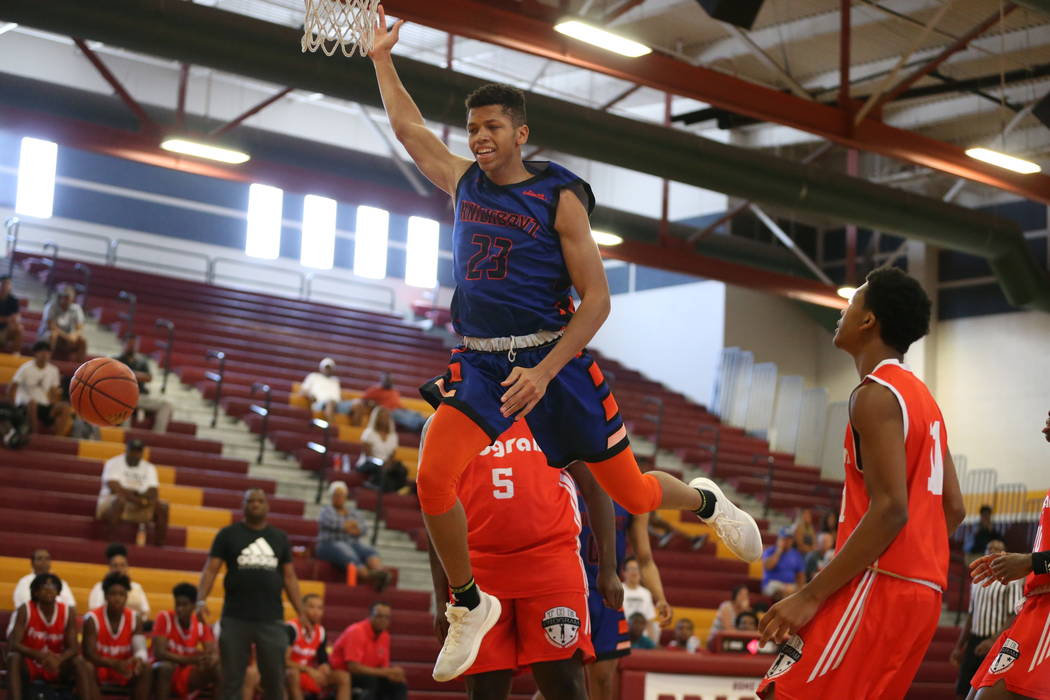 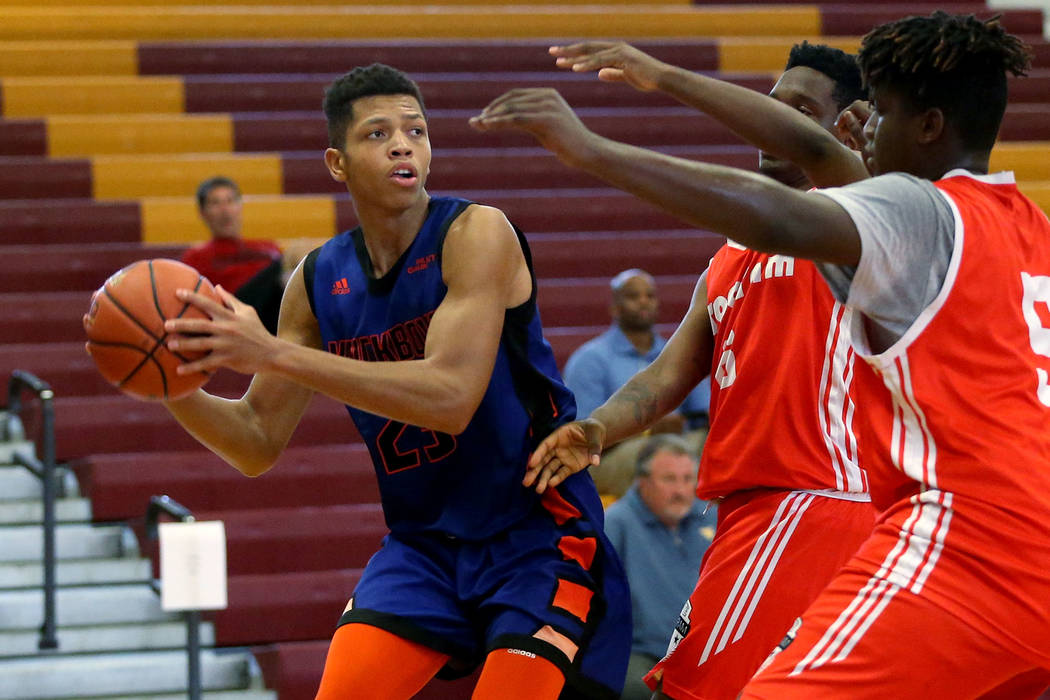 He wanted to play for the Rebels.

Blake, a four-star recruit who played the 2018-19 high school season in Los Angeles, announced his commitment Friday to UNLV, ending a lengthy recruitment that finally flourished this spring. The wiry 6-foot-6-inch swingman will play a postgraduate year at either Brewster Academy or IMG Academy and is the first player in the 2020 class to commit to Rebels coach T.J. Otzelberger.

His commitment is nonbinding and won’t be official until he signs a national letter of intent.

“It’s almost every kid’s dream, even thinking about it a little bit, that playing for your hometown (school) could be a possibility,” Blake said. “Before, with the other coaching staff, me not getting recruited as much hurt a little bit, but I stayed the course.”

Blake grew up in Las Vegas and emerged as a Division I prospect during his freshman season of 2015-16. He accumulated midmajor scholarship offers during his first three years at Durango but wasn’t offered by the Rebels — in part prompting a reclassification and move from Las Vegas to Middlebrooks Academy in California.

He graduated and returned home to play his club basketball season with the Las Vegas Knicks and averaged 15.9 points and 4.9 rebounds on the Adidas circuit, drawing attention from high-major programs such as Kansas State and Arizona State.

And from Otzelberger, who offered him a scholarship.

The Rebels spent the past several weeks prioritizing Blake’s recruitment, and he said somebody from their coaching staff contacted him every day. He visited the campus unofficially in April and returned this week for an official visit, during which he solidified his future by committing to the Rebels over Kansas State.

“The new coaching staff is really prioritizing locals. That’s the way,” Blake said. “Being able to get the local kids to stick here, I believe UNLV can become an elite program really quickly because we have some elite talent here.”

Blake is a natural three-level scorer who can play on or off the ball and guard multiple positions. He said he was drawn to Otzelberger’s uptempo system and was told he would be a focal point offensively upon his arrival.