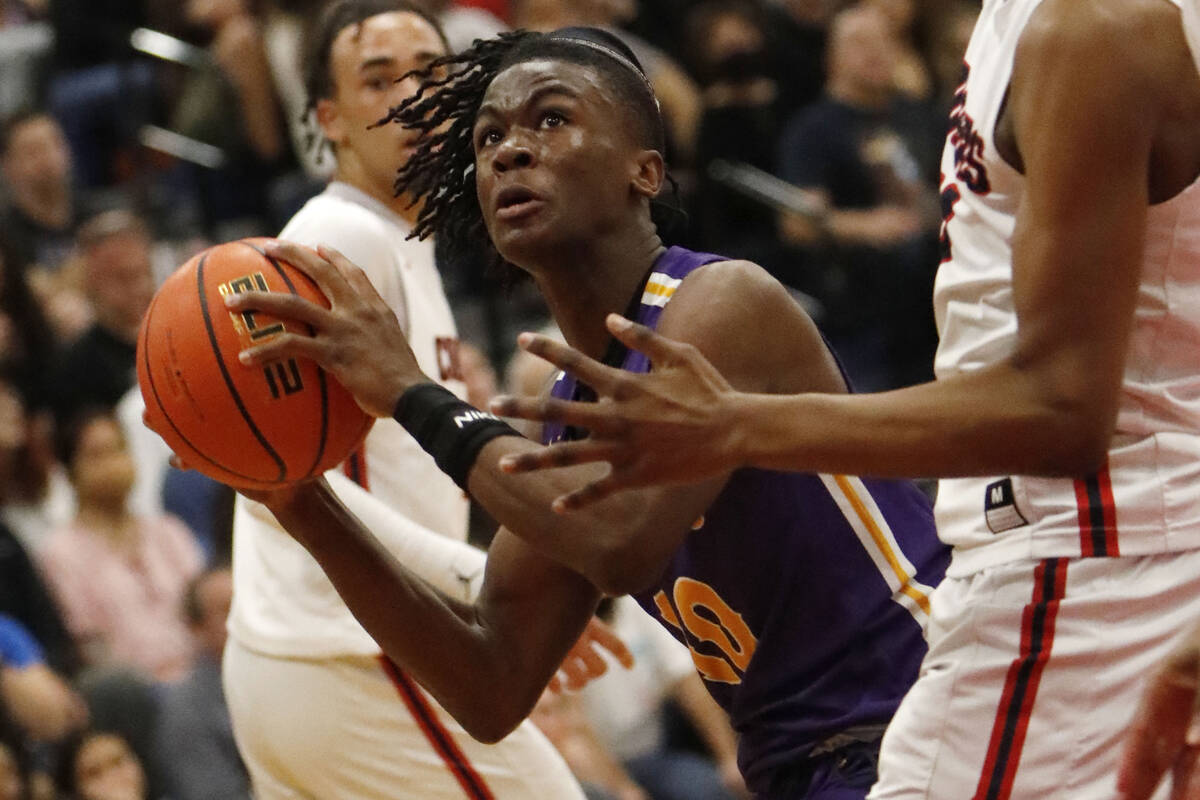 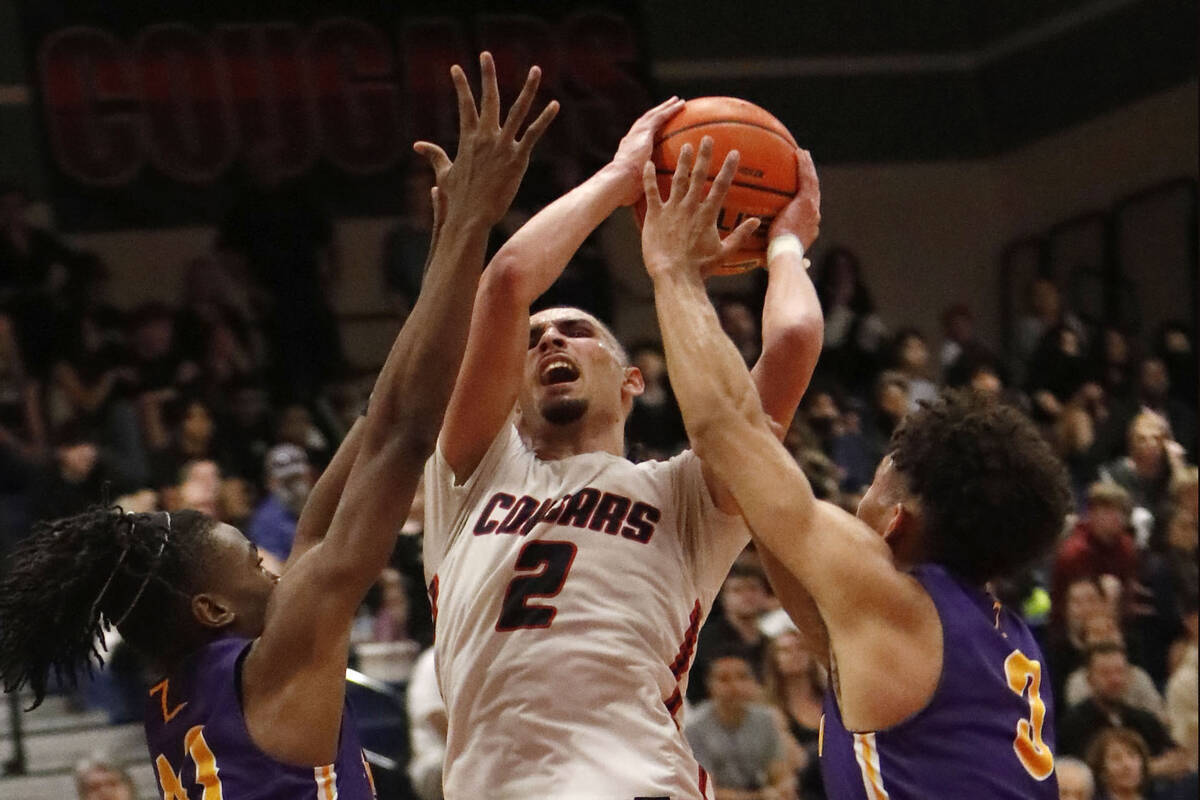 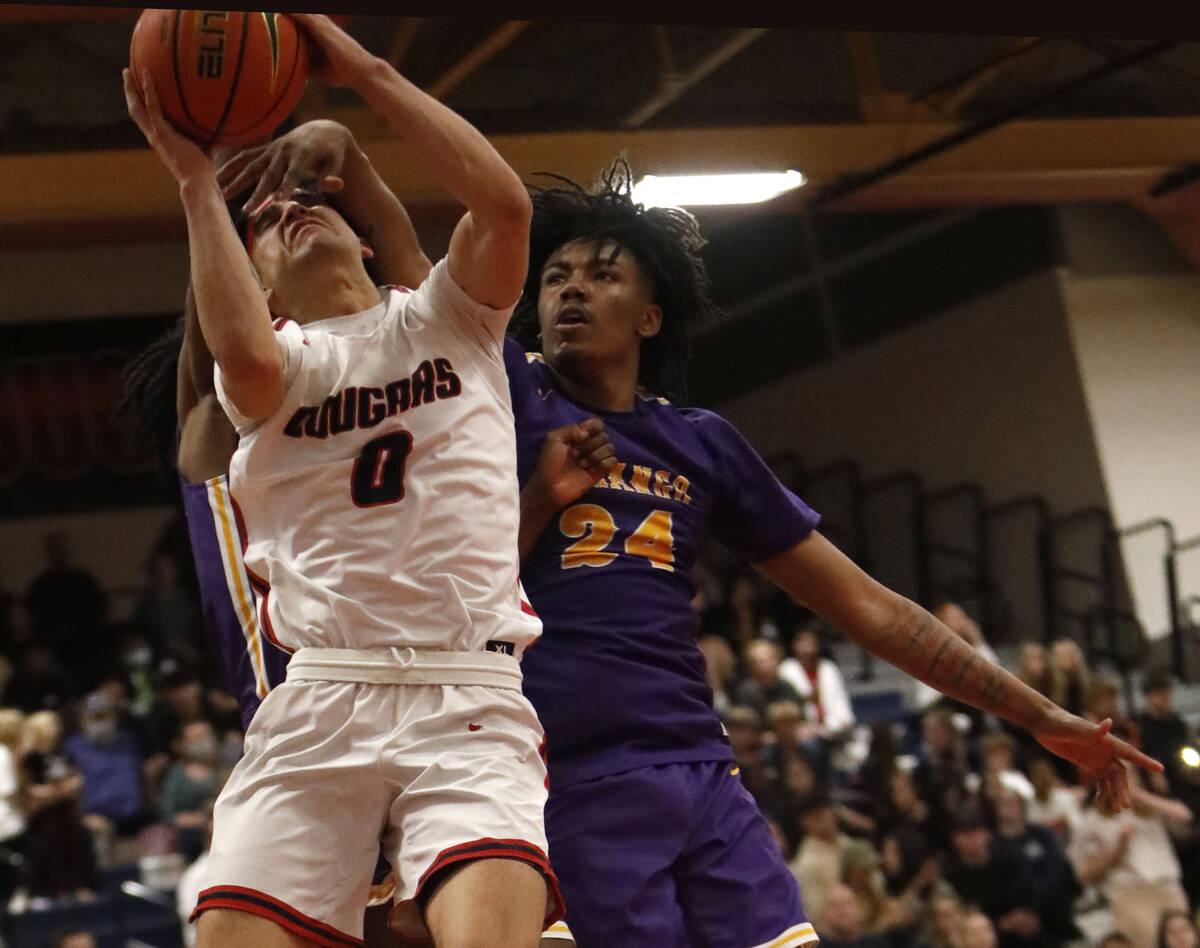 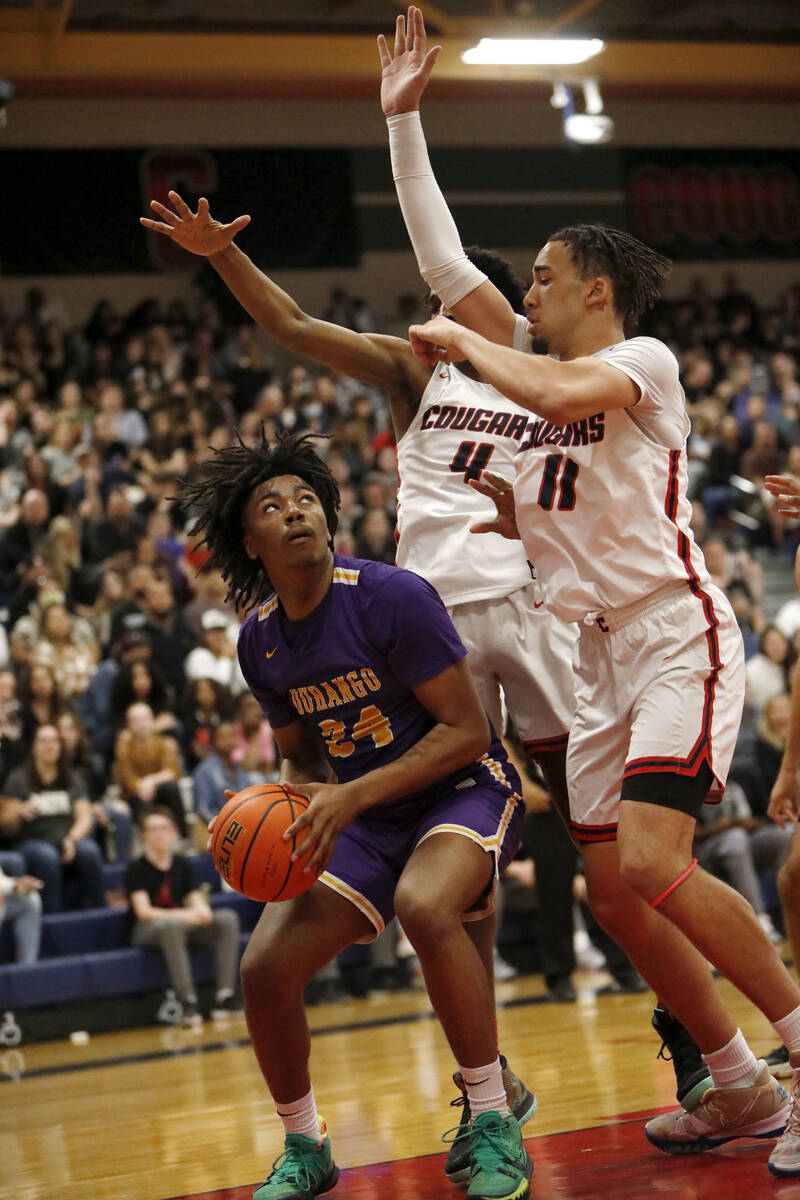 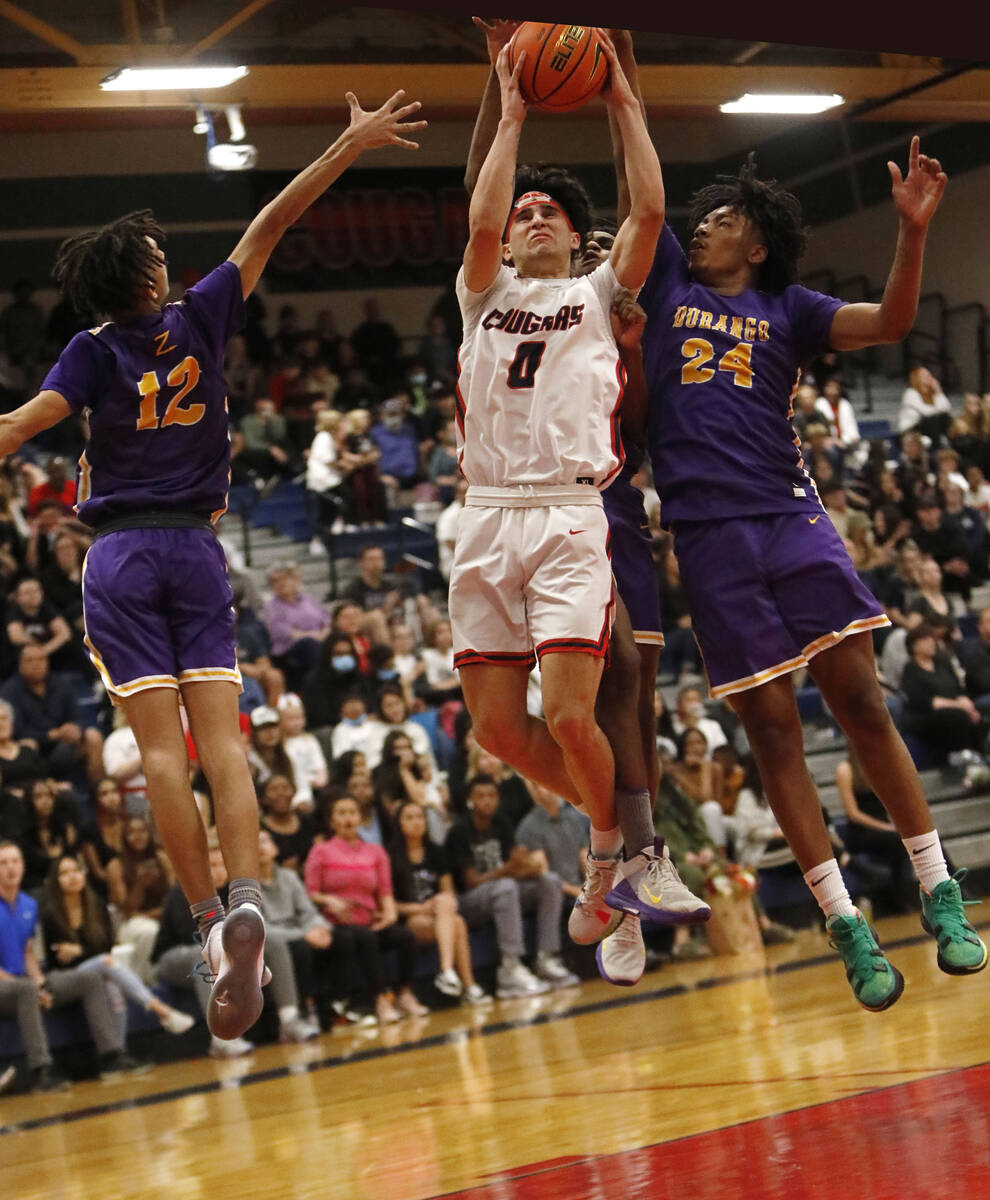 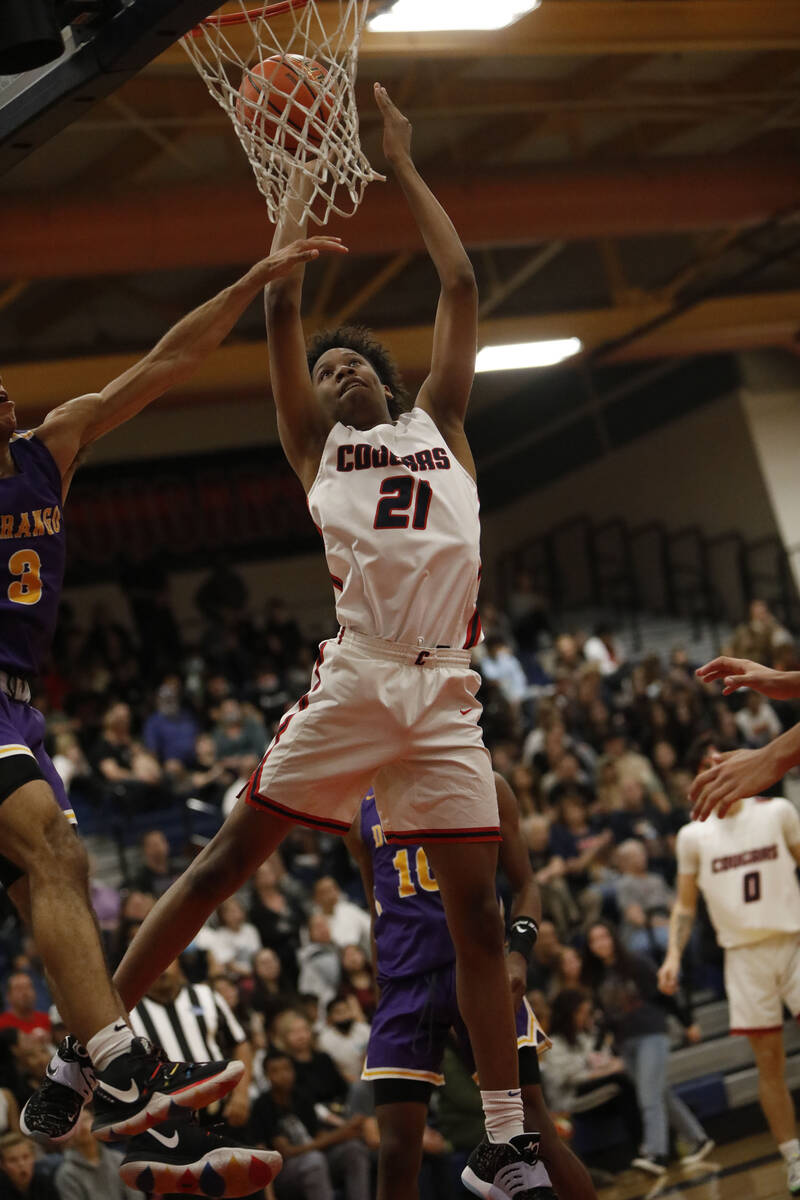 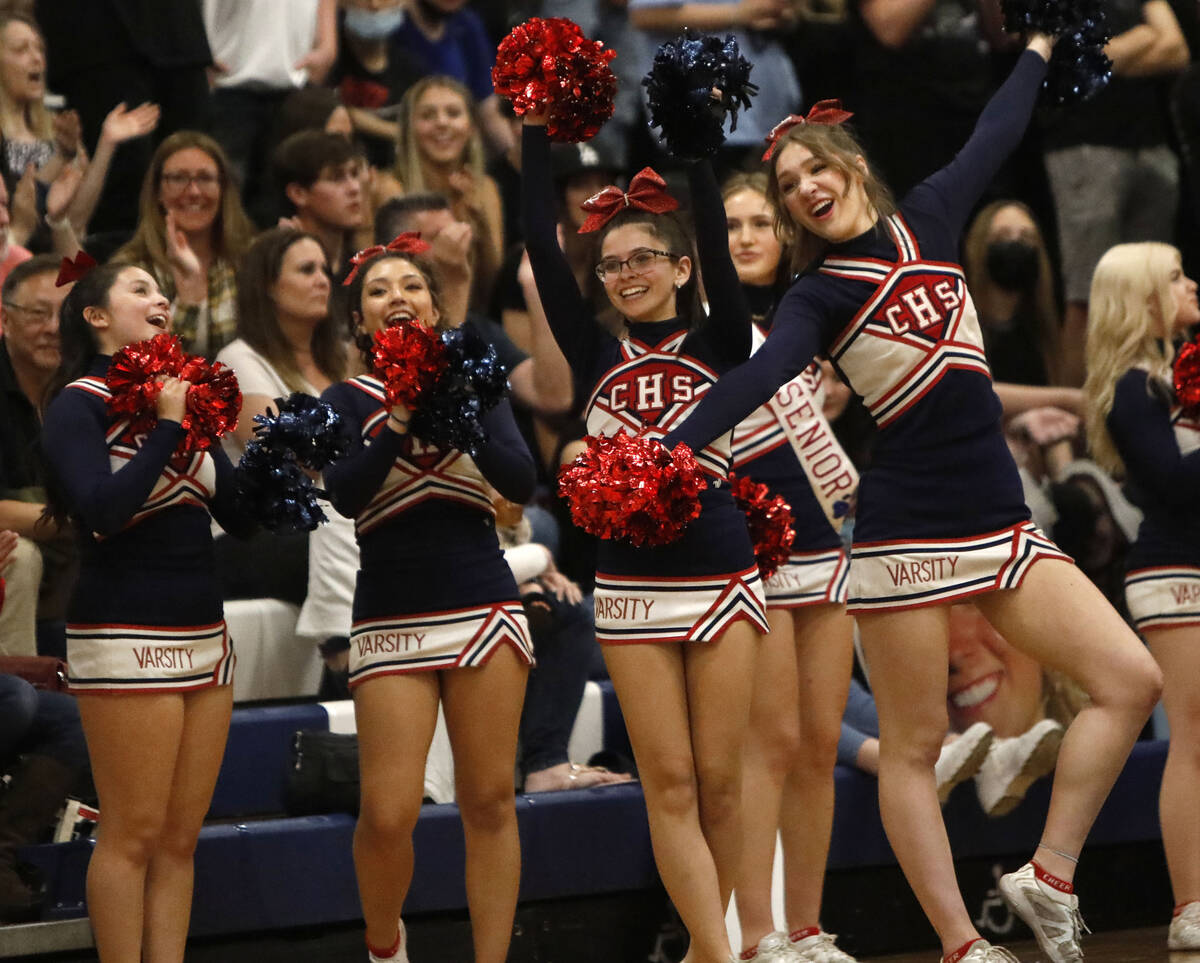 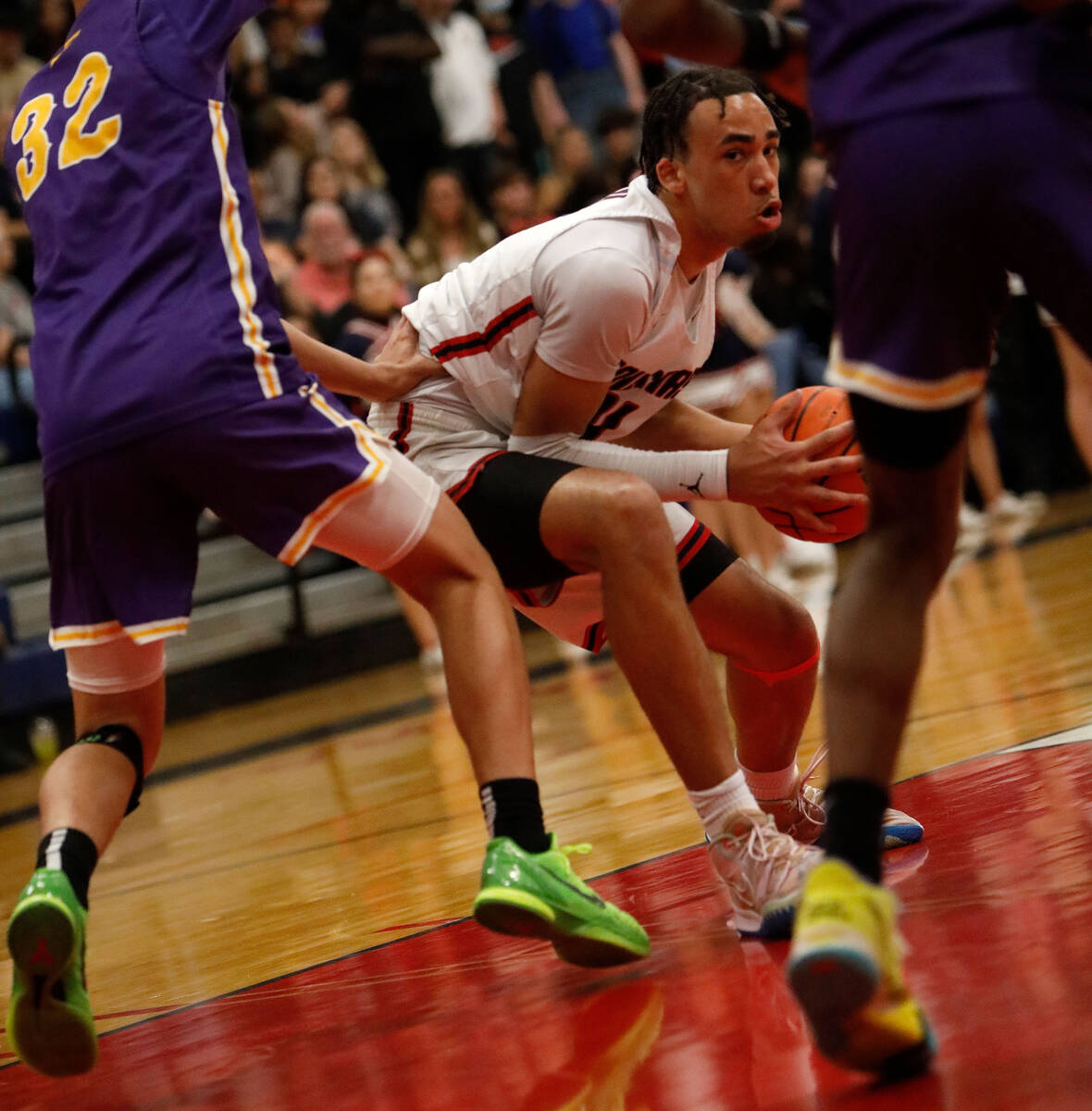 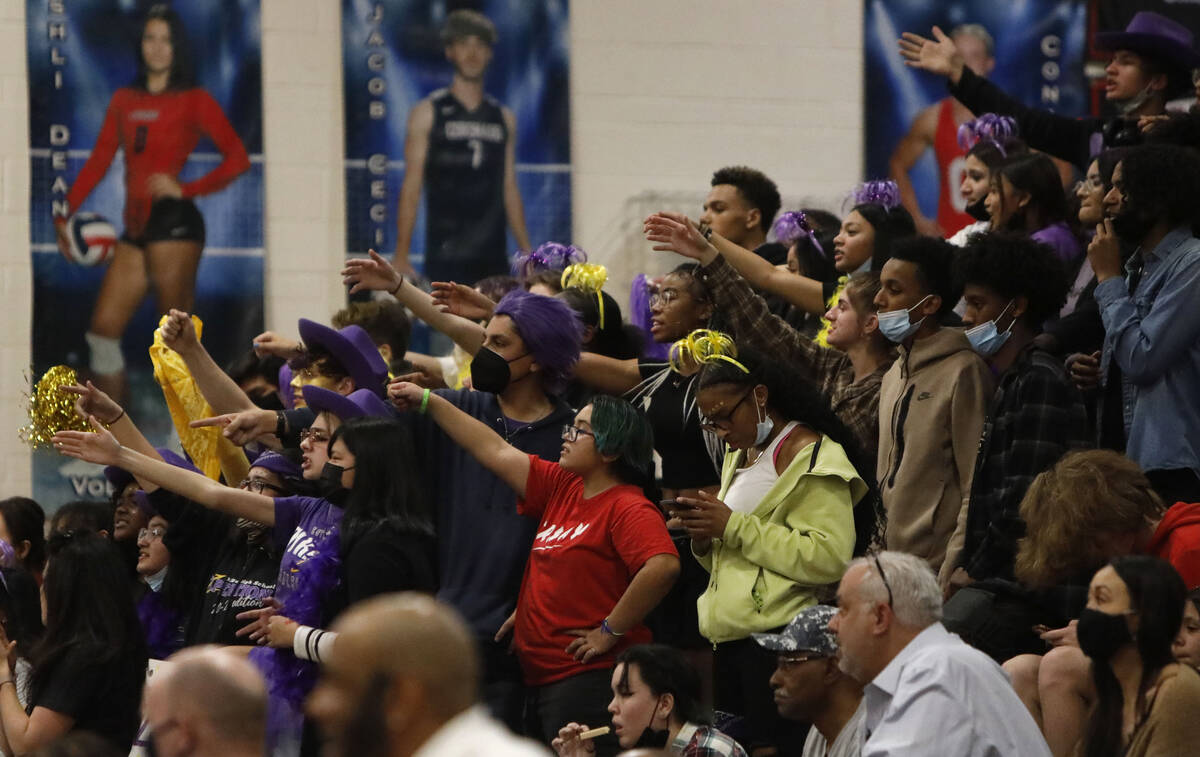 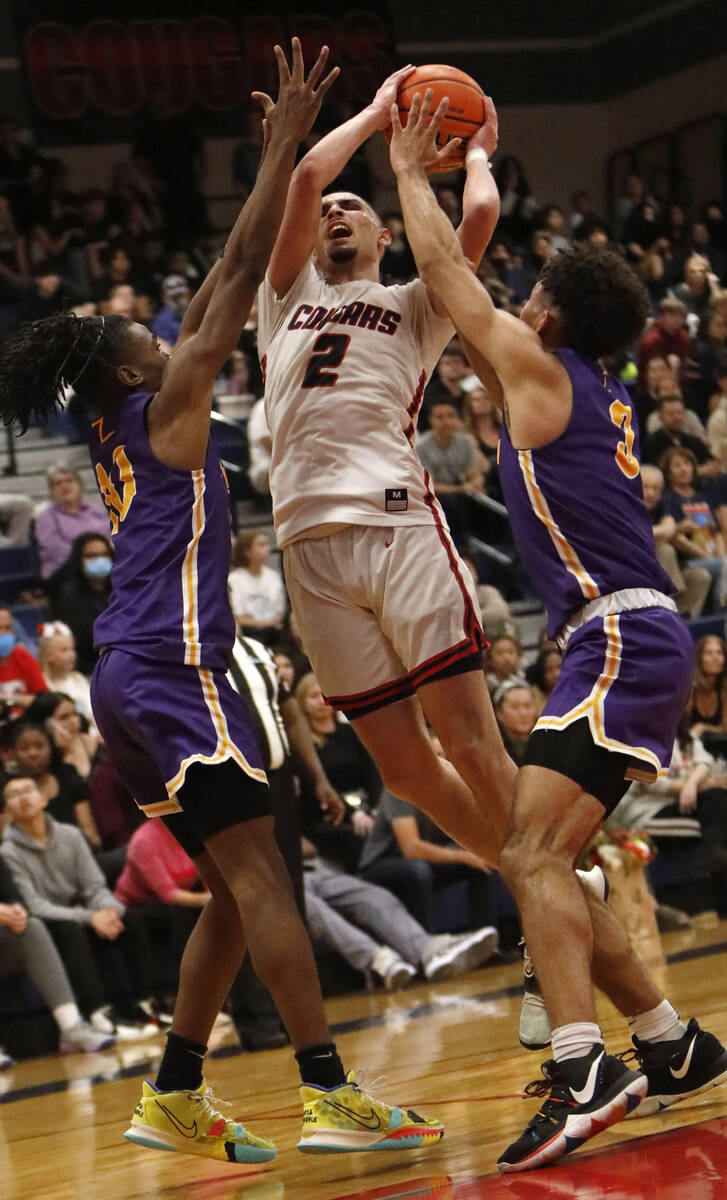 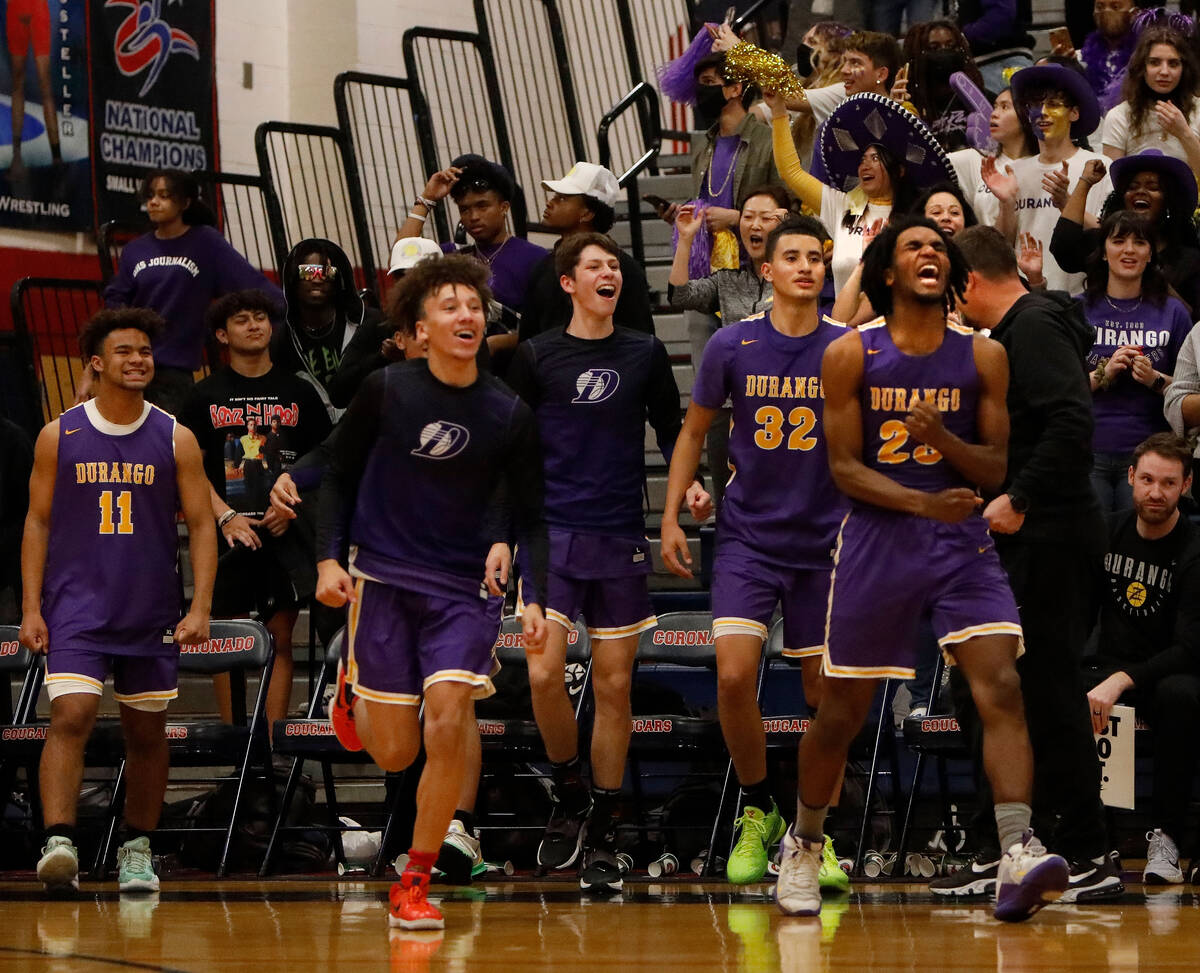 The basketball playoffs don’t start until Monday, but Durango and Coronado got a taste of that atmosphere in the regular-season finale Friday.

A packed house greeted the teams on Coronado’s senior night, but a freshman spoiled the night for the home fans.

Mason Brown made a 3-pointer with 1:52 remaining in overtime to break a tie, and Durango never trailed again in a 69-64 win in which neither team led by more than seven points.

“It’s a huge deal (getting the win),” Durango coach Chad Beeten said. “One, for seeding for playoffs; two, for confidence going into the playoffs against one of the top teams in Vegas that we’re going to have to compete against; three, it was on the road in a hostile environment and the way we did it.”

Durango (19-5, 9-1 Class 5A Southern League) and Liberty tied for second in the league standings and will await the result of a tiebreaker to determine seeding.

The 3-pointer wasn’t Durango’s weapon of choice most of the night, as Coronado consistently ran its shooters off the line. But the Trailblazers took advantage by driving the ball inside and scoring or getting to the free-throw line.

But when it came time for someone to make a big shot, Brown was up to the challenge.

“Awesome, and it made me look good because I called it for him,” Beeten said. “I knew we’d get him open there, but now you just have to make it. A freshman steps up and makes a big shot like that in a big game and big environment like that, it’s unbelievable.”

Both teams had chances to win in the final seconds of regulation. Isaacs fired a 3-pointer that rattled out with about five seconds to go, and Durango advanced the ball up the floor to Brown, who had a running look from about 30 feet that missed the mark.

Durango led by as many as six points three times in the third quarter, but Coronado (16-9, 8-2), which will be the No. 4 seed in the playoffs, answered each time. The Trailblazers trailed by three in the final minute before Riley drove, scored at the basket through contact and made the free throw to tie the game.

“We struggled on offense in the fourth quarter, and we just grinded it out,” Beeten said. “The kids showed so much toughness, not getting down and never giving up when it looked like it was impossible. They executed and made plays.”