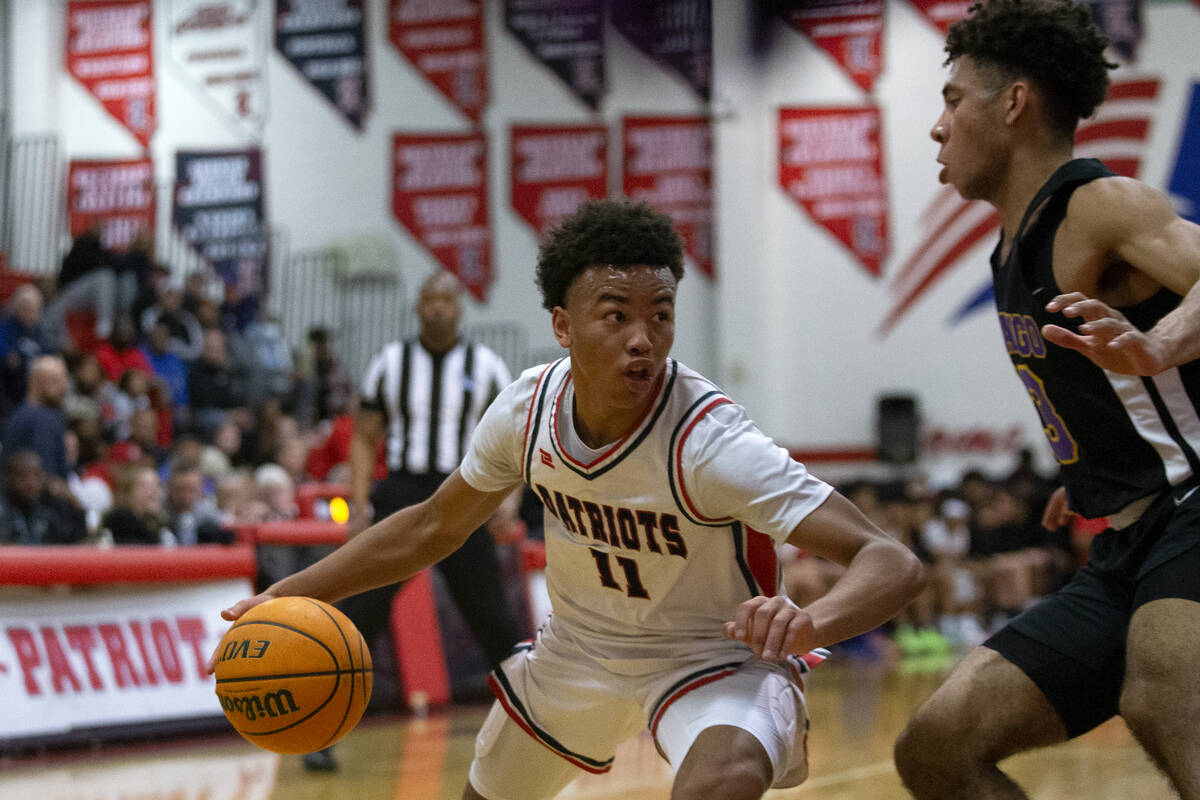 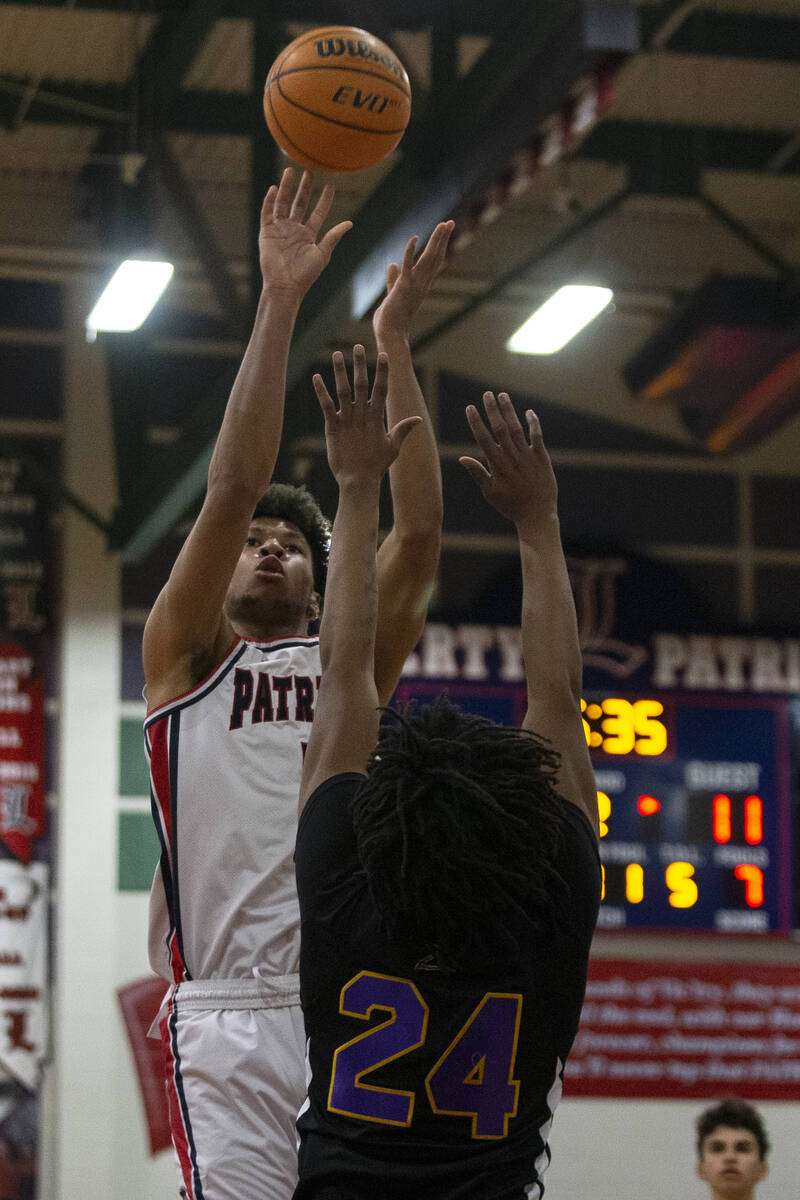 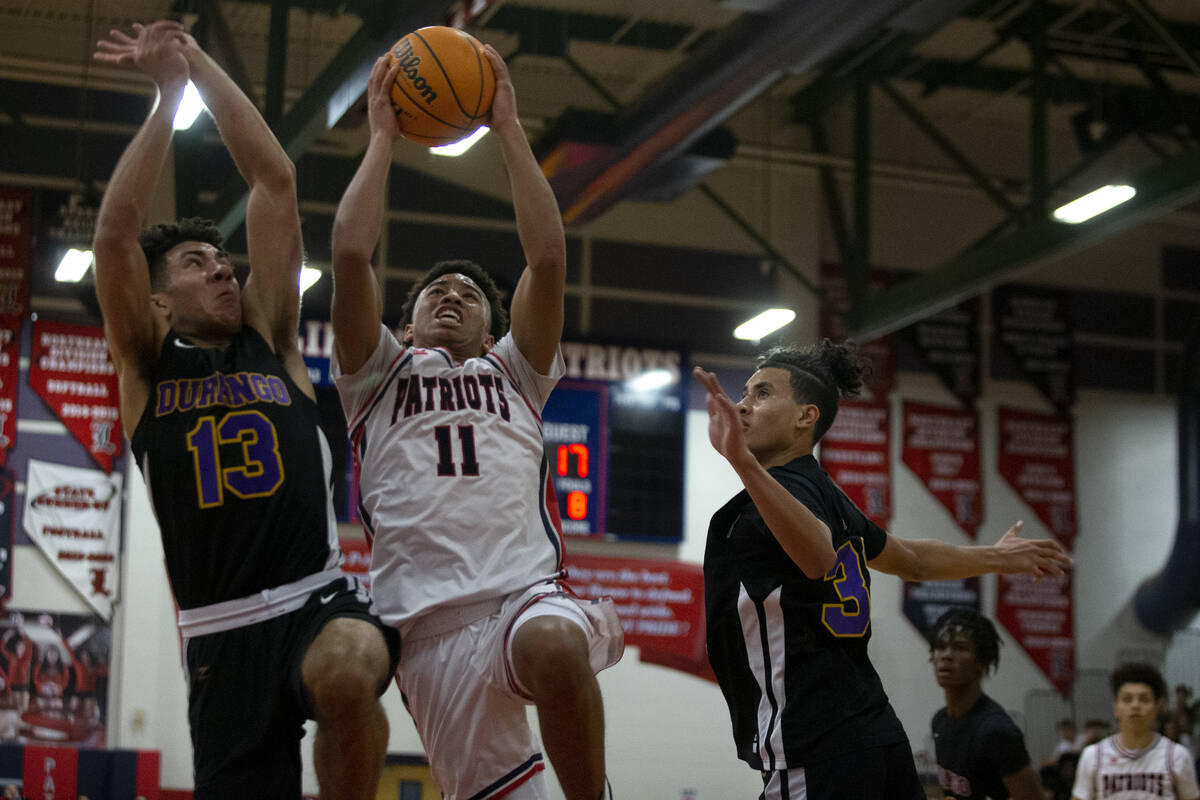 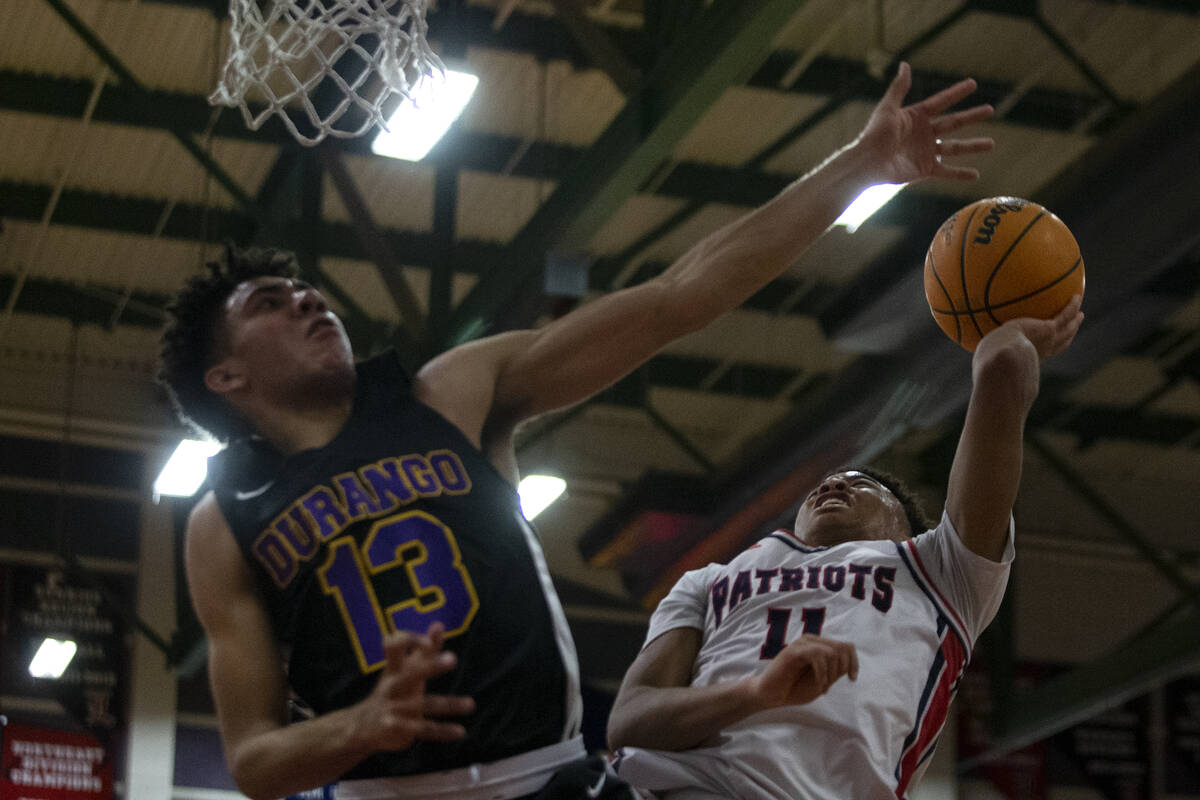 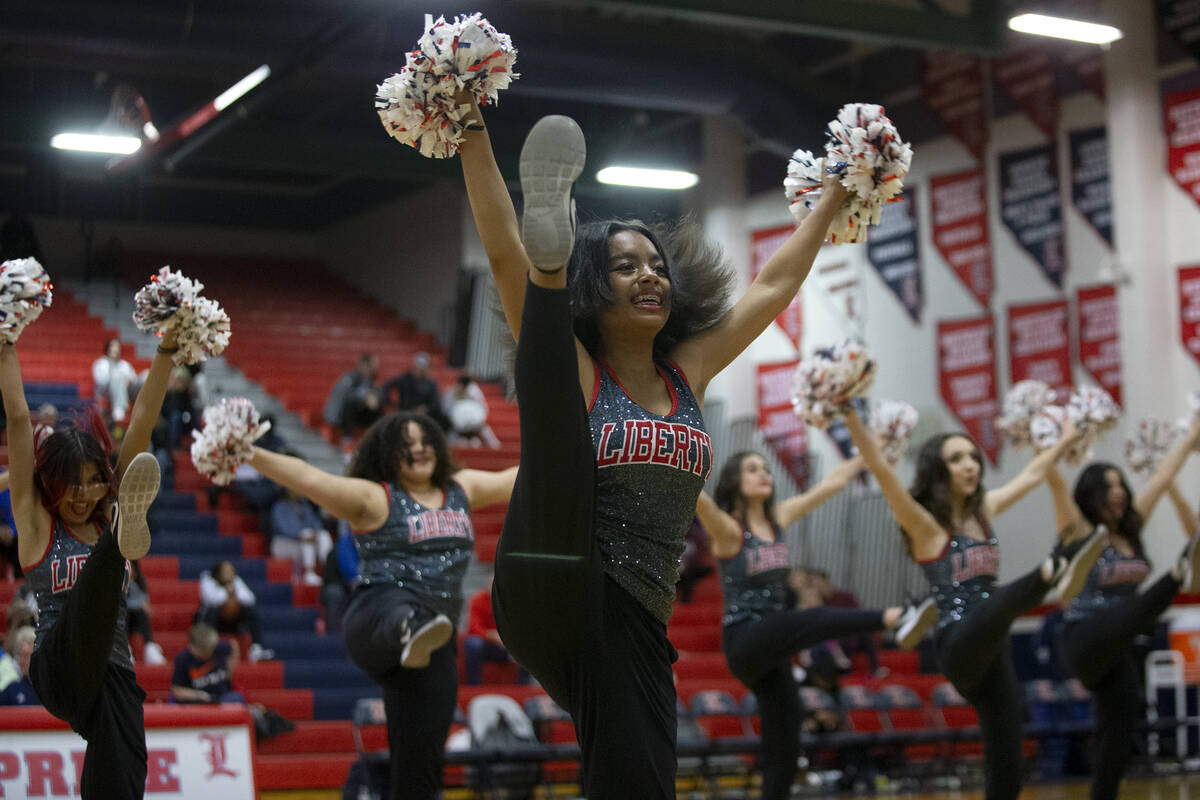 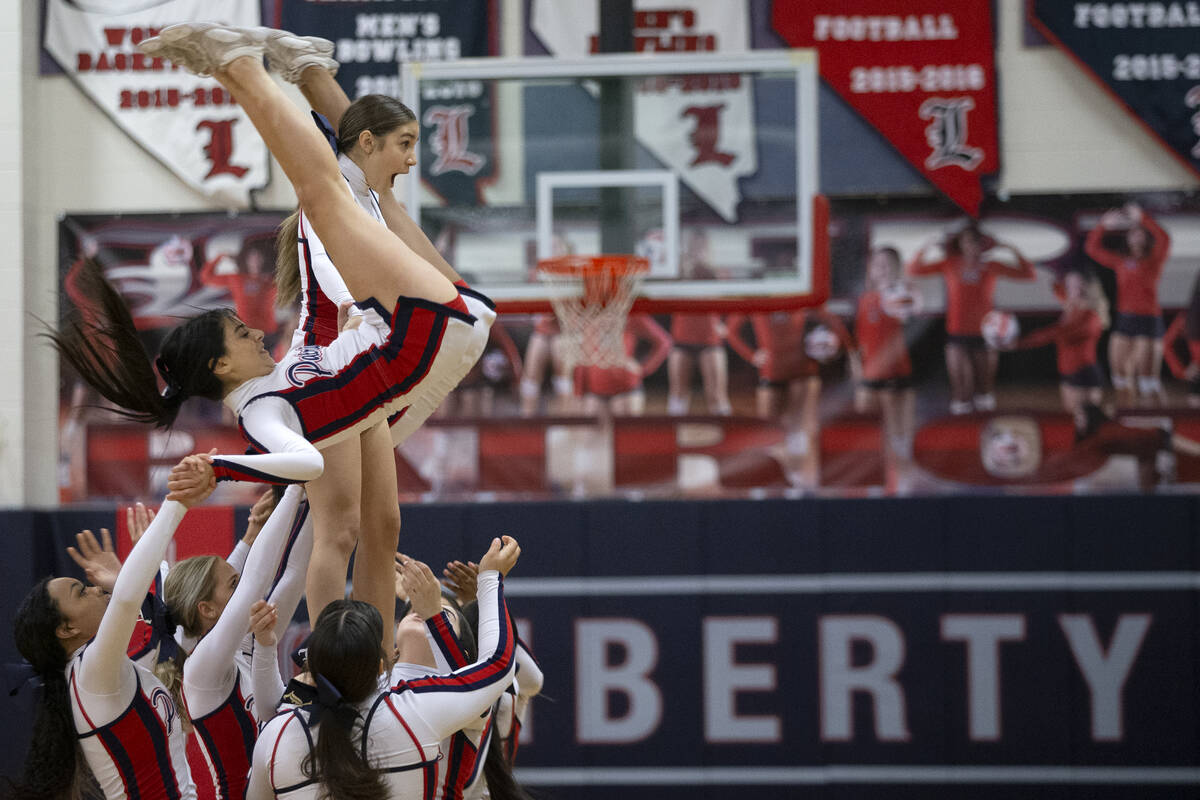 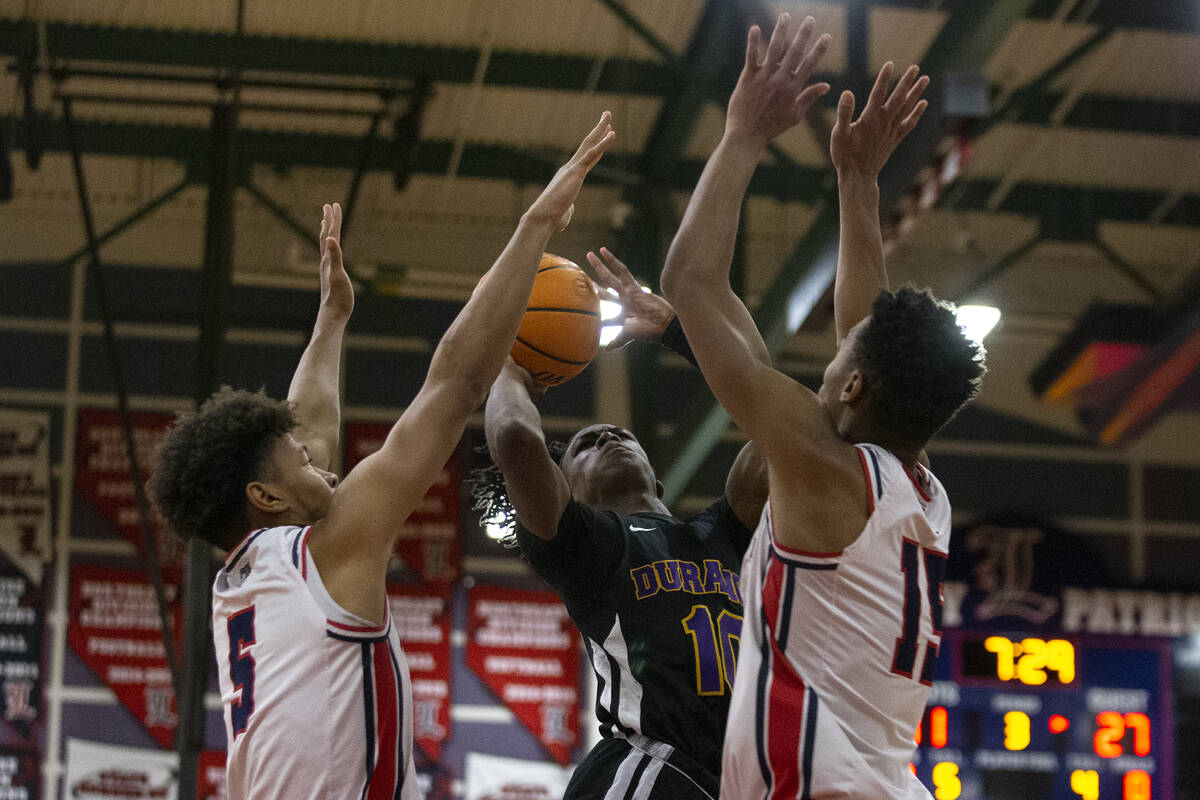 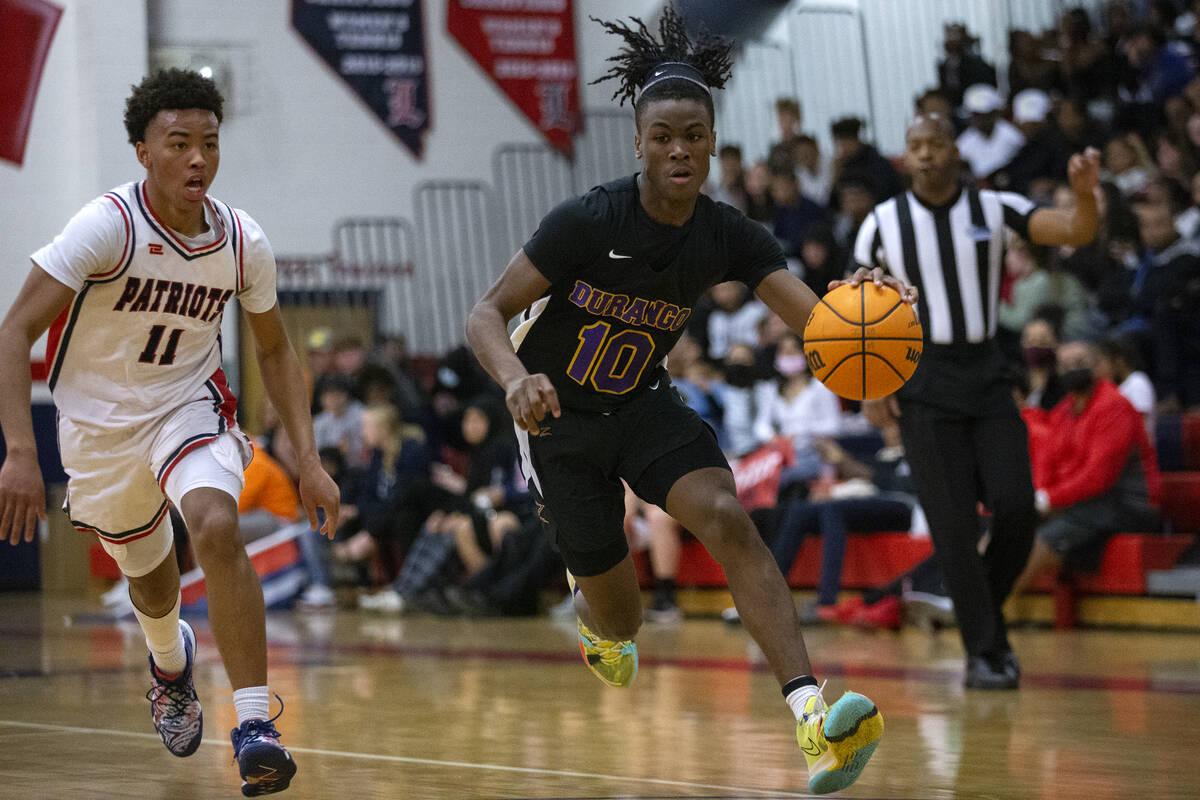 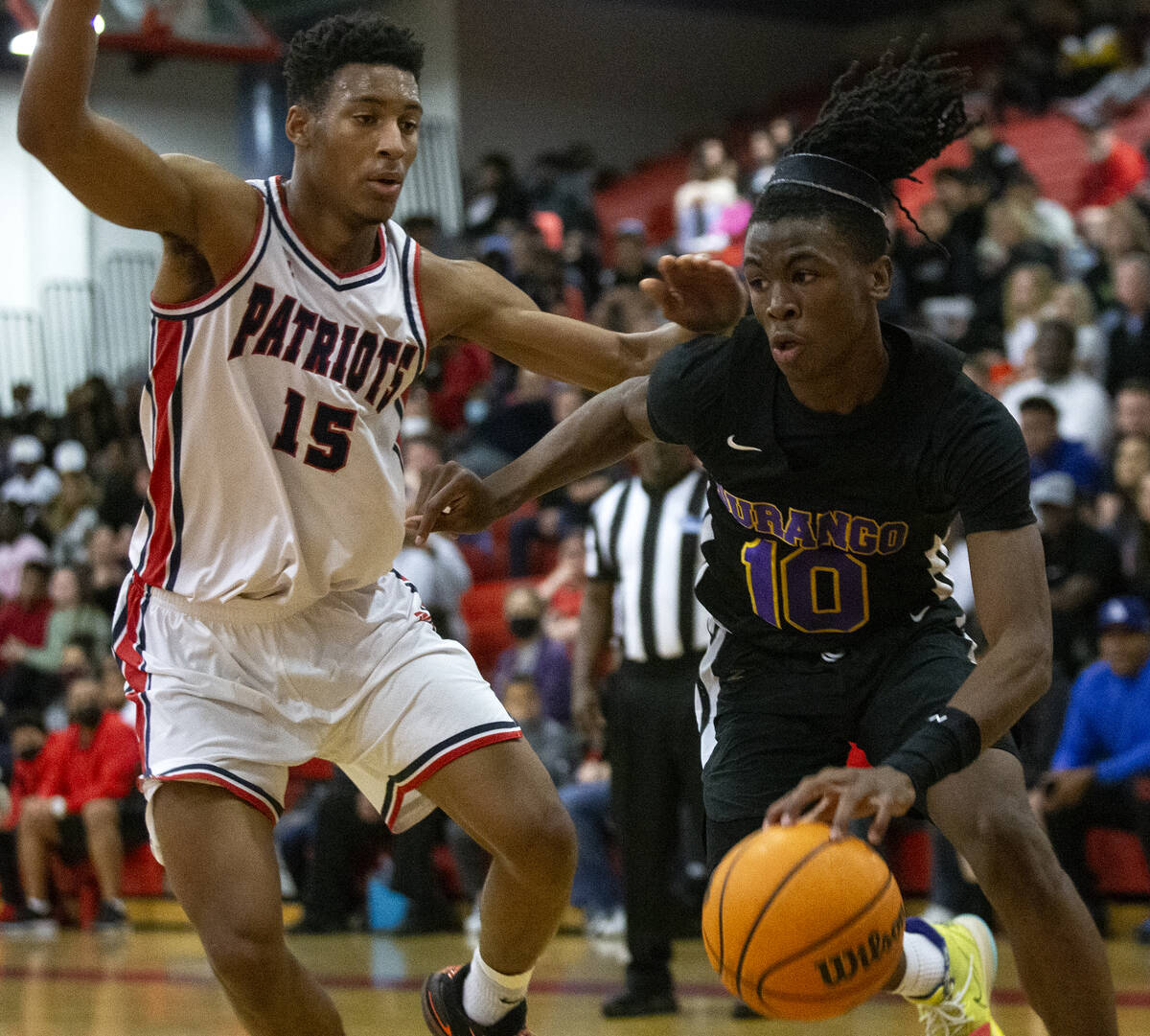 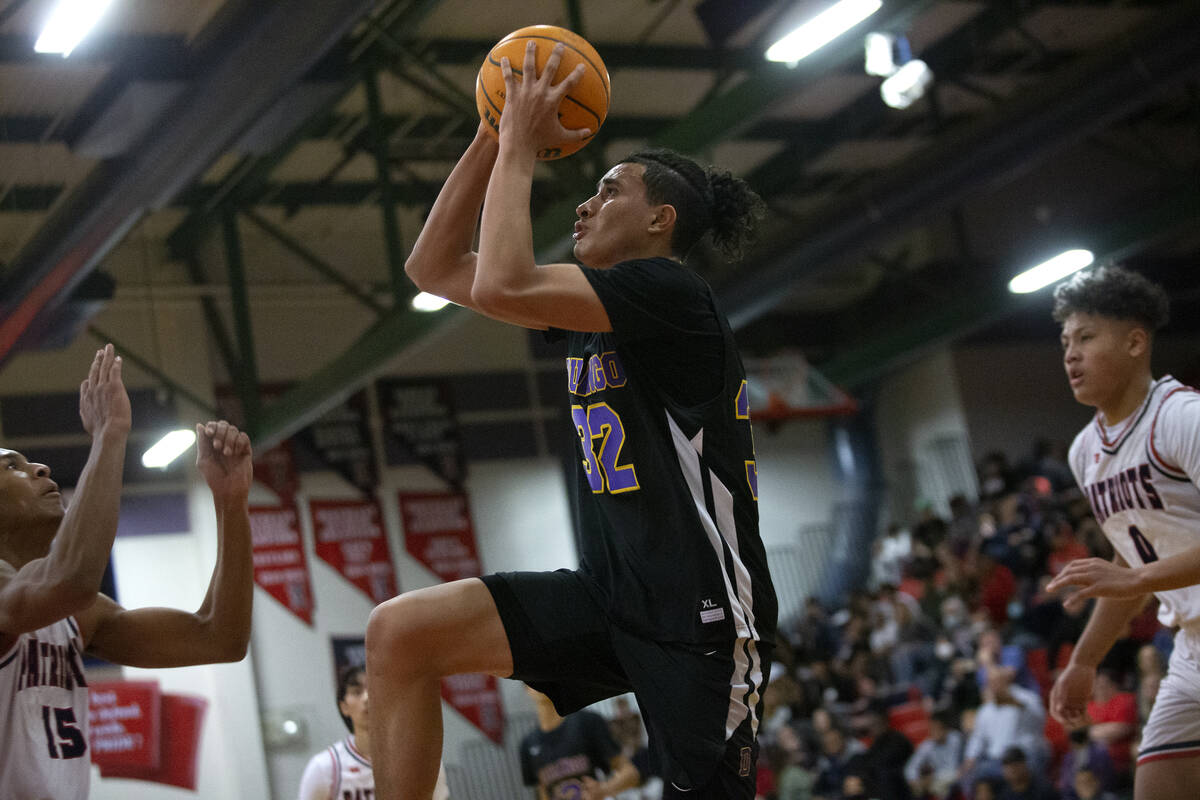 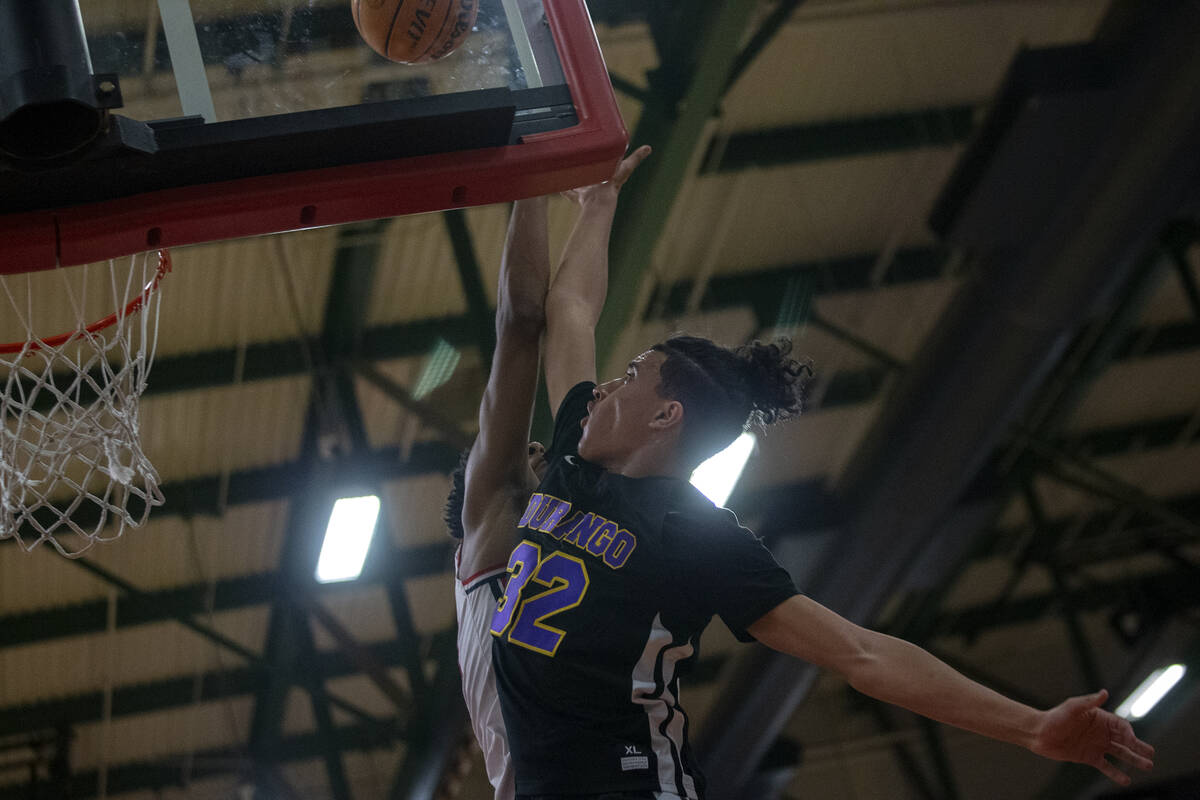 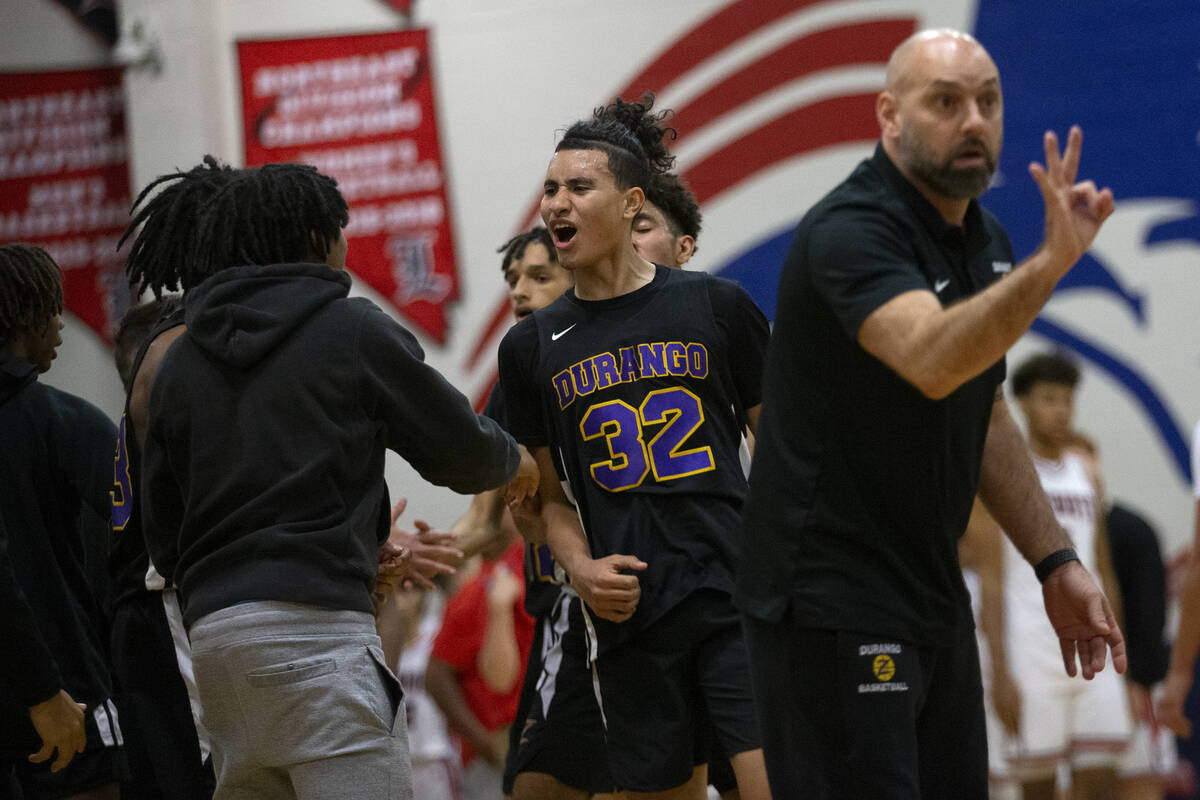 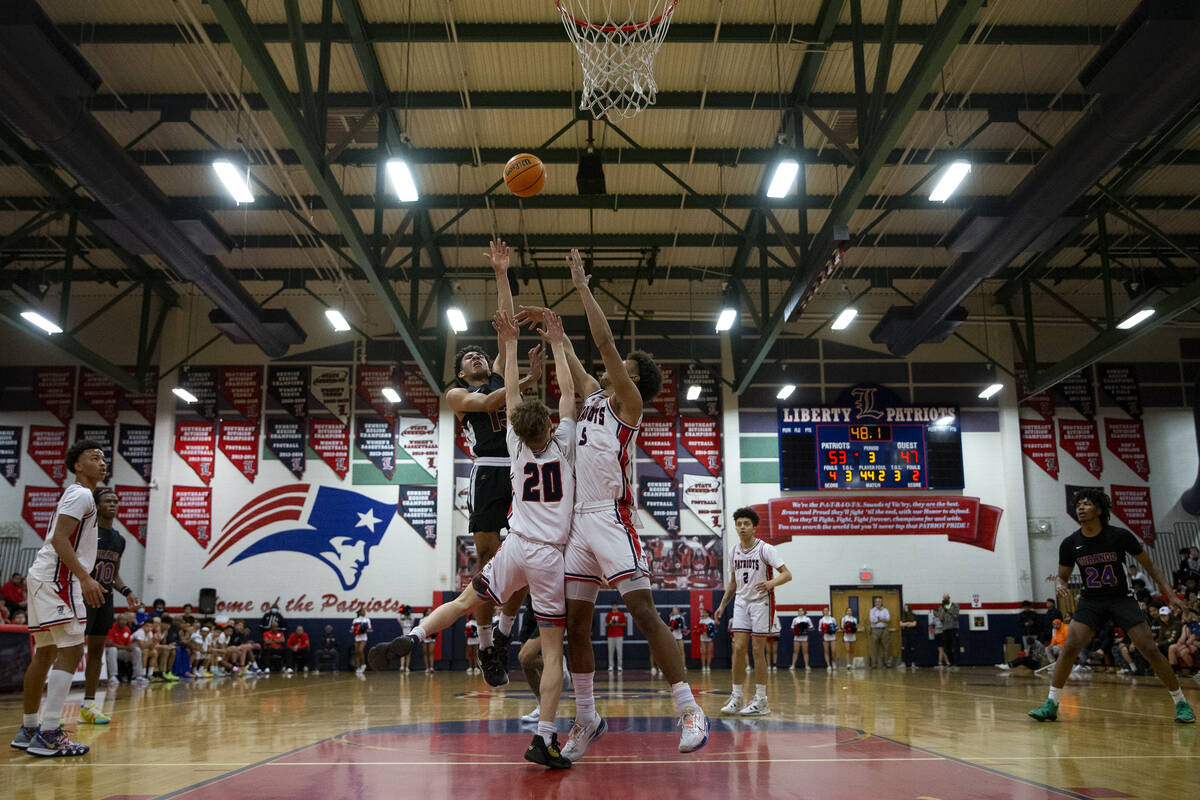 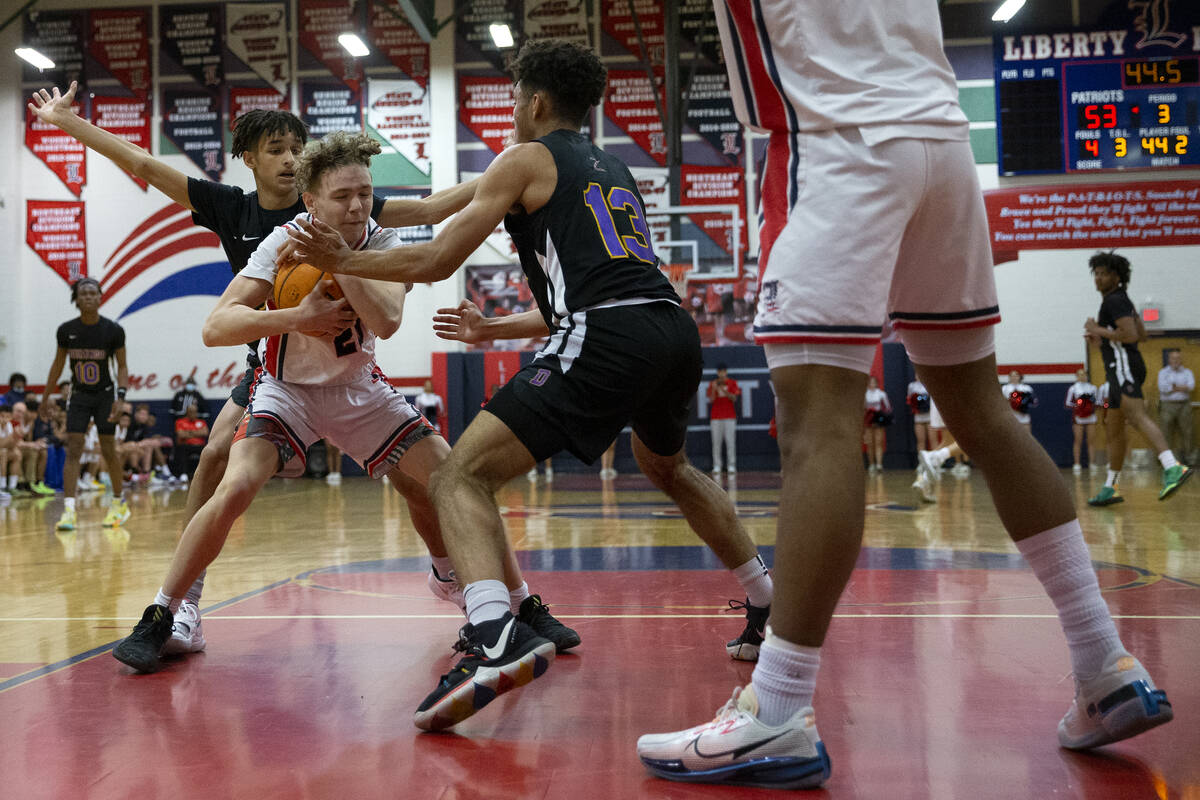 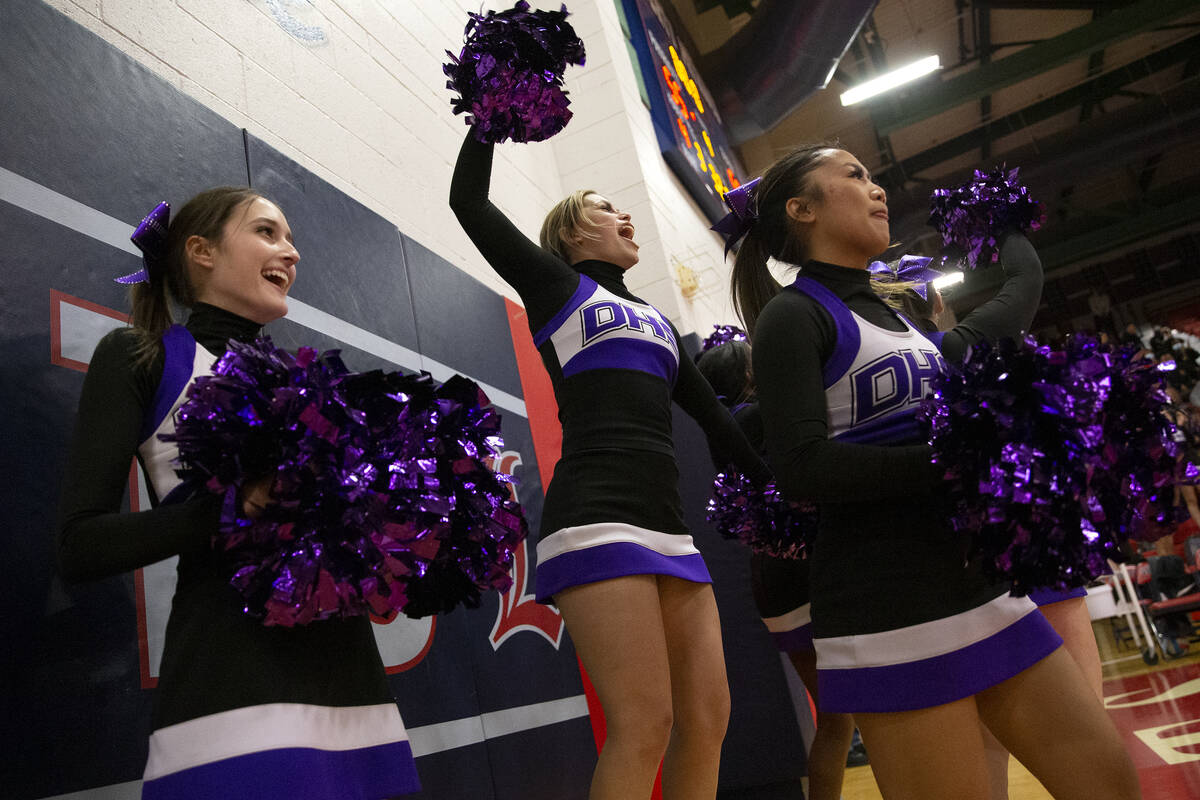 Liberty and Durango did not play during the regular season because of CCSD’s five-day COVID pause in January, making Wednesday night’s Class 5A Southern Region semifinal game their first meeting of the season.

Despite a furious comeback by Durango that saw the Trailblazers overcome an 18-point deficit to tie the game twice in the fourth quarter, Liberty held on for a 73-68 home victory behind DJ Thomas Jr. and Joshua Jefferson, who scored 23 points each.

Liberty coach Kevin Soares said his team came together defensively when it needed to most, which he said was needed for the win.

“You don’t get to this point without playing defense, especially when it counts in the fourth quarter,” Soares said. “In a tight ballgame like that, you have to get stops and we got stops when we needed them.”

The Trailblazers made a 10-0 run late in the third quarter and cut the Patriots lead to single digits for the first time since the first quarter. Soares told his team Durango would make its run and that they needed to stay strong defensively.

“(Durango) is a really strong team and they weren’t going to quit,” Jefferson said. “We just had to take their hope away from them. And they were going to keep fighting, so we had to be okay with that and just keep fighting back.”

Jefferson went to the bench with 1:06 to play after picking up his fifth foul. Patriots guards Thomas and Angelo Kambala, who added 16 points, provided a fourth-quarter offensive spark.

“I have a lot of trust in them,” Jefferson said. “They’ve been doing it all year. I didn’t have any doubt in my mind when I came out of the game they were going to hold it down and give us the win.”

The Patriots (21-3) will play Bishop Gorman (28-0) on Friday night for the 5A Southern Region championship, with the winner taking the No. 1 seed in the 5A state tournament next week in Reno.

Liberty fell twice to Bishop Gorman during the regular season. Soares said he knows going through Gorman is required to win a state championship.