If you are having problems accessing today’s e-Edition, please click on this link VIEW E-EDITION
By Damon Seiters Las Vegas Review-Journal
December 27, 2018 - 7:33 pm 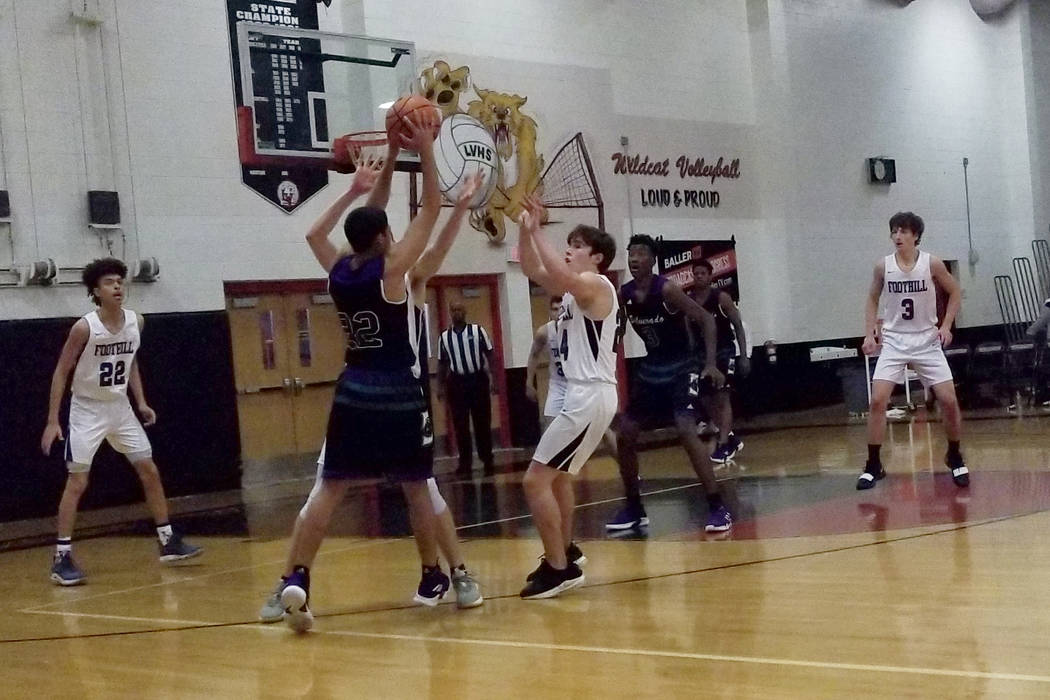 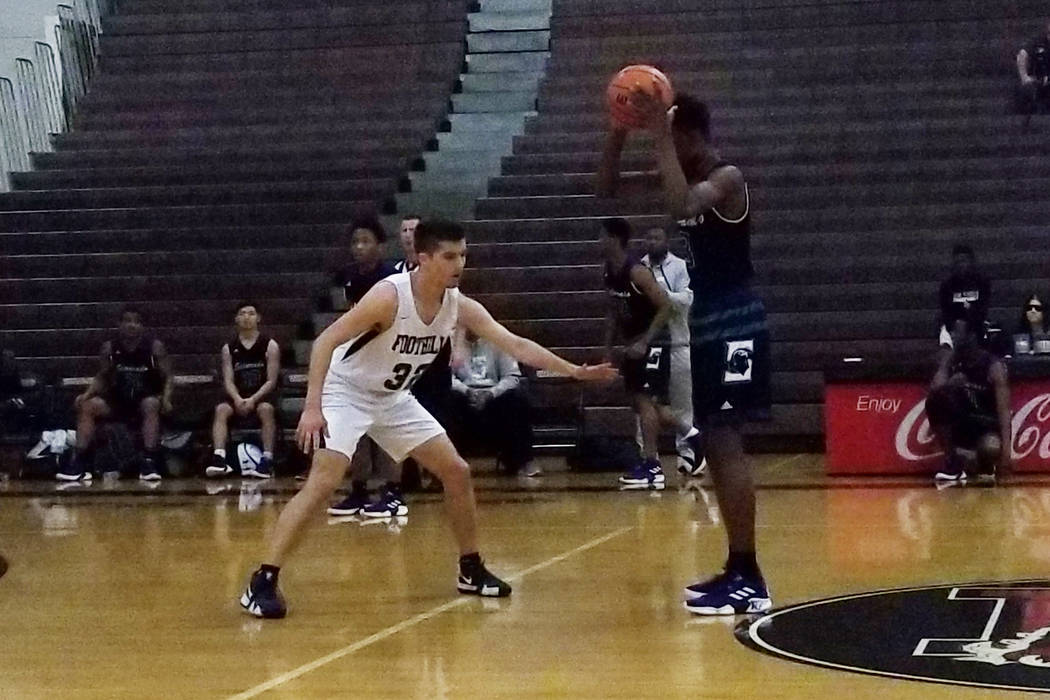 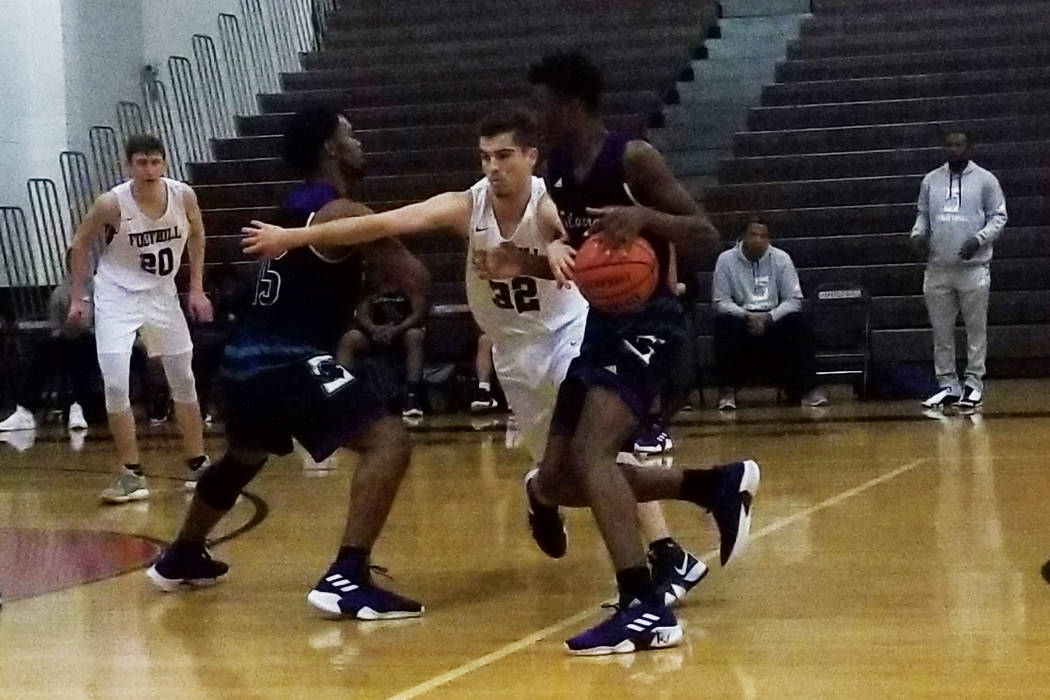 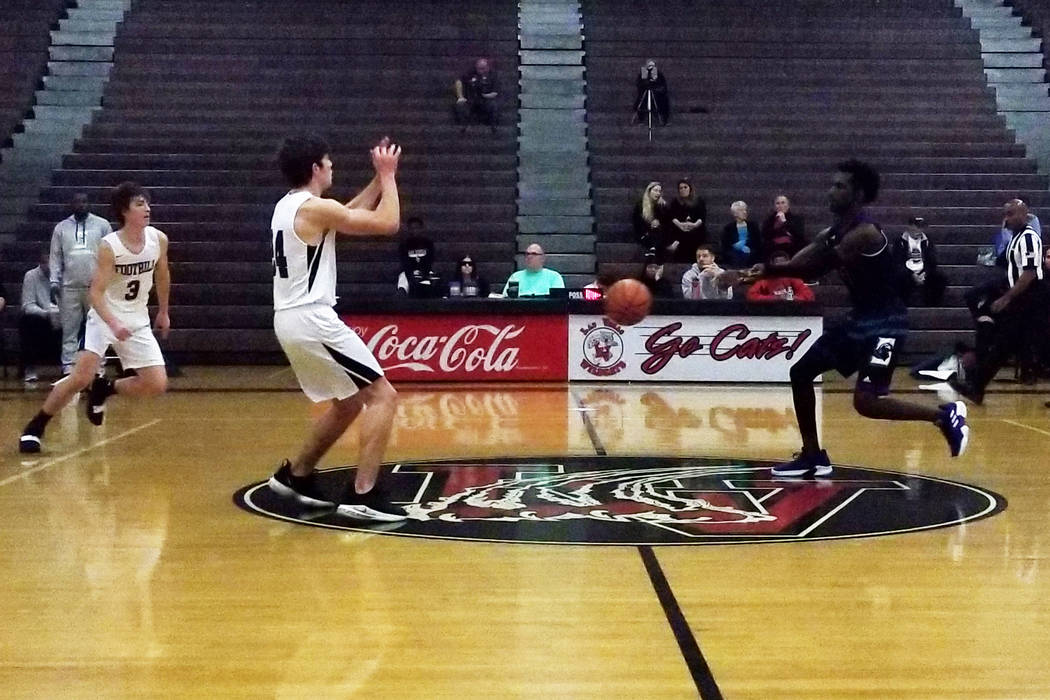 Foothill struggled with its shooting early in its game Thursday against Silverado, and no one was colder than senior guard Dylan Hushaw.

Hushaw and the Falcons heated up at the right time.

After missing all six of his shots in the first half, Hushaw scored 17 second-half points to help Foothill beat the Skyhawks 69-61 in the quarterfinals of the Las Vegas Prep Championship at Las Vegas High.

“We picked up the pace on them, created some turnovers and made some more shots in the second half,” Foothill coach Paul DeSantis said. “When we make shots, that kind of leads to us on defense picking up the juice a little bit.”

And that defensive intensity translates to turnovers and easier looks at the basket. The Falcons forced 13 second-half turnovers to help their comeback effort.

“The key for us is to play defense, rebound and get out in transition,” DeSantis said. “That’s where we’re very good. But for us to be good at that stuff, it’s the other things that you don’t see.

“We’ve got to finish possessions two, three stops in a row and get out and go.”

Hushaw was fouled on a 3-point attempt and hit three free throws with 3:13 to go to tie the game at 59. Jace Roquemore, who led the Falcons with 25 points, then hit a pair of foul shots with 2:43 to go to put Foothill up for good.

“I don’t want to say it’s uncharacteristic of us, because we really haven’t been shooting it well this year,” DeSantis said of the cold start. “But we’ve been making timely shots. The kids just need to keep working. For us to play well, we’re going to have to make some 3s when it counts.”

Foothill plays Trinity in the semifinals at 3:30 p.m. Friday.

Trinity 72, Eldorado 50 — Jose Cuello had 17 points as the Thunder routed the Sundevils in a quarterfinal.

Madait Mou added 15 points and four assists, and Zaba Bangala and Milton Burnett each scored 13 for Trinity, which led 47-22 at the half.

Las Vegas 76, Chaparral 69 — Consecutive rebound baskets by Fernando Carmona gave the Wildcats the lead midway through the fourth quarter, and they held on to beat the Cowboys in the consolation bracket.

Carmona followed his own miss with 4:59 to play to give the Wildcats a 62-61 lead, and he added another stick-back moments later to make it 64-61.

Spring Valley 54, Western 49 — The Grizzlies used a 12-0 third-quarter run to take control and held off the Warriors in the consolation bracket.

Western tied the game at 26 before 3-pointers by Chazmon Penro and A’mari James started the 12-0 run.

The Warriors pulled within 48-46 after a bucket by Trayvon Albert with 2:09 to play but could get no closer.

Malcolm Daniels added 12 points for Centennial, which used a 22-8 third-quarter run to take a 57-36 lead.