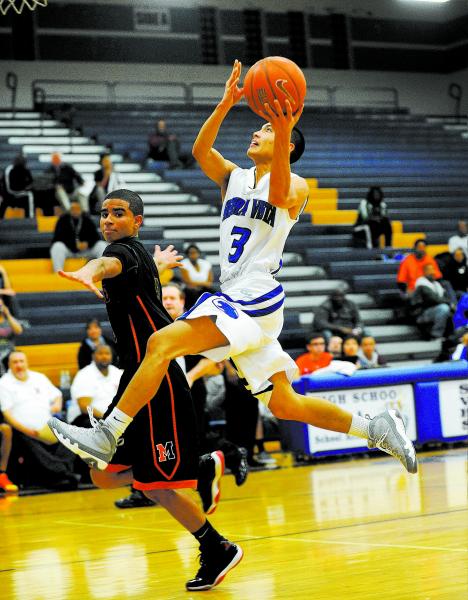 Sierra Vista’s Mikko Balmes (3) drives past Mojave’s Darryl Adams on Monday night. Balmes had 22 points and was 6-for-6 from the free-throw line in the final 1:48 to help seal an 81-75 win. 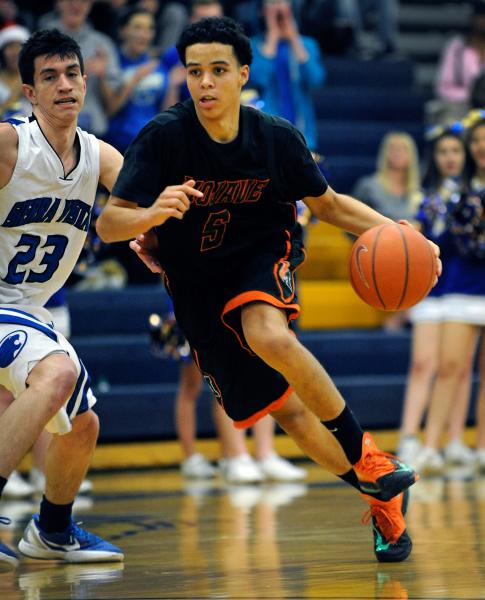 Mojave’s Malik Abbott (5) drives past  Sierra Vista’s Giovanni Santana on Monday. Abbott had 10 of his 19 points in the fourth quarter, but the Rattlers still fell, 81-75. 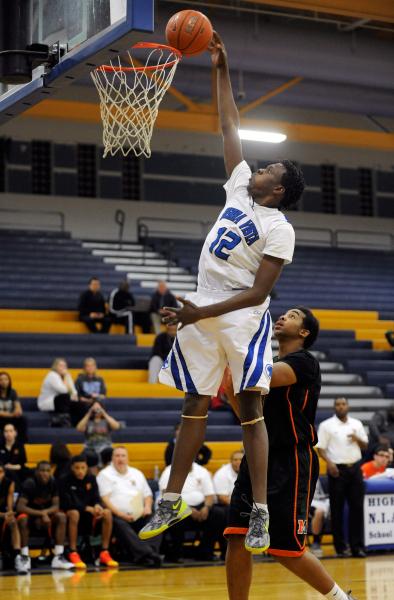 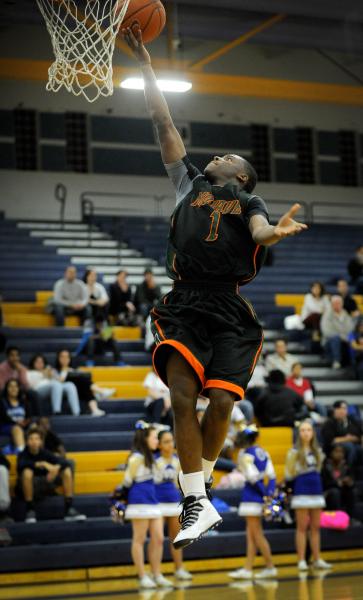 Mojave’s Melvin Irvey goes in for a layup on Monday night. Irvey had 18 points, but Sierra Vista rallied to top the Rattlers, 81-75. 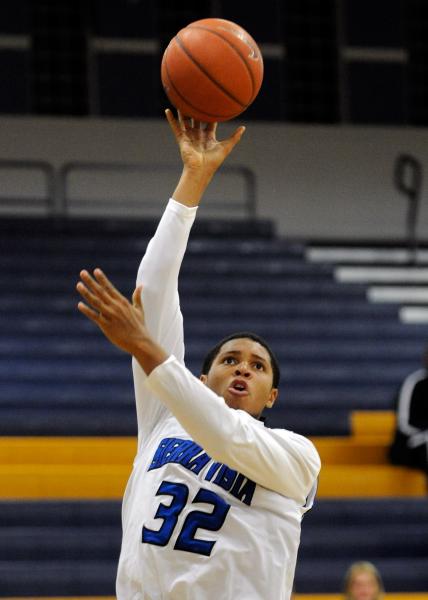 Sierra Vista’s Dominique Marcy shoots against Mojave on Monday night. Marcy scored 11 of his 13 points in the second half to help the Mountain Lions rally for an 81-75 win. 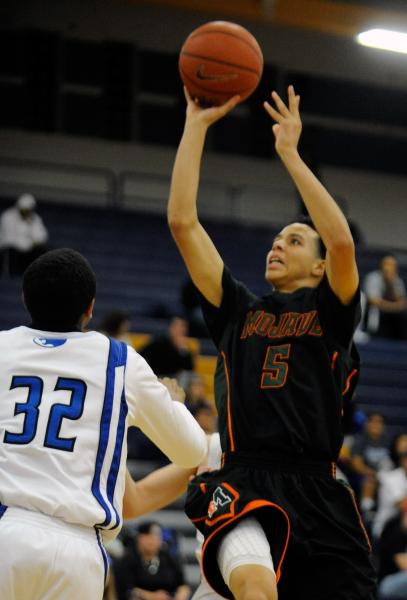 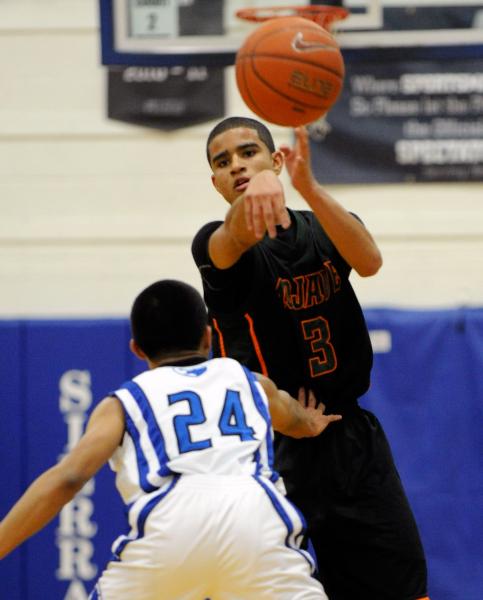 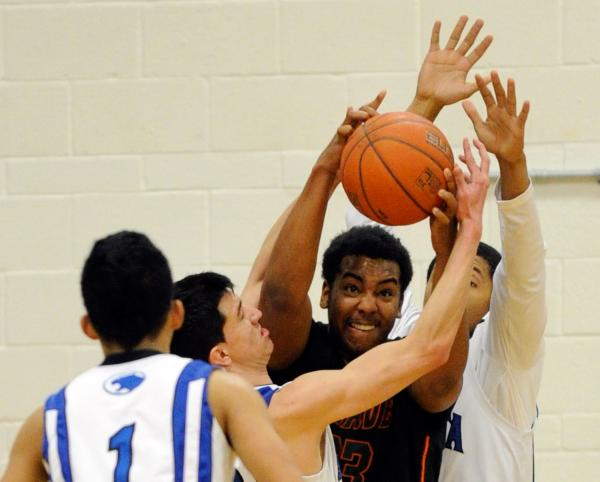 The Mountain Lions finally took advantage of it in the fourth quarter.

Sierra Vista turned up the defensive pressure and forced six fourth-quarter turnovers to rally for an 81-75 home win.

“The one key we had going into the game was our guards with our advantage with our quickness,” Ulrich said. “Unfortunately, we didn’t do it until the fourth quarter, but at least we turned it on with enough time before it was too late.”

But Sierra Vista got a couple key baskets inside from its tallest starter, 6-foot-3-inch Dominique Marcy. Marcy scored with 5:55 to go to tie the game at 57, then completed a three-point play with 5:06 left to put the Mountain Lions up 60-58.

“We thought in the first half that he needed to be more assertive,” Ulrich said of Marcy, who scored 11 of his 13 points in the second half. “He didn’t have many touches in the first half and one of the keys was to get him the ball inside. He stepped up in the fourth quarter and really demanded it and got to the rim.”

From there, the team’s guards took over. Nino Flores hit two free throws with 4:36 to play to put Sierra Vista up 62-60, and the Mountain Lions wouldn’t trail again.

“I thought the key to us winning was our guards pressuring the ball,” Ulrich said. “We forced numerous turnovers in the fourth quarter just from our intensity and ball pressure. we got them out of their rhythm and the didn’t execute because of our ball pressure.”

Mikko Balmes was 6-for-6 from the foul line in the final 1:48 to seal the win. Balmes finished with a game-high 22 points.

“Mikko Balmes is a 90 percent free-throw shooter. He’s our leading scorer and we did everything we could to get him the ball,” Ulrich said. “Luckily we were able to give it to him at the end when they were really focusing on stopping him from getting it. I think that was also key to us closing out the game, because they kept making shots.”

Malik Abbott scored 10 of his 19 points in the fourth quarter to keep Mojave close. The Rattlers cut the lead to one three times in the final 1:30, but couldn’t take the lead.

Irvey added 18 points and Jordan Glenn had 13 points, 12 rebounds and three blocked shots for the Rattlers (5-4).