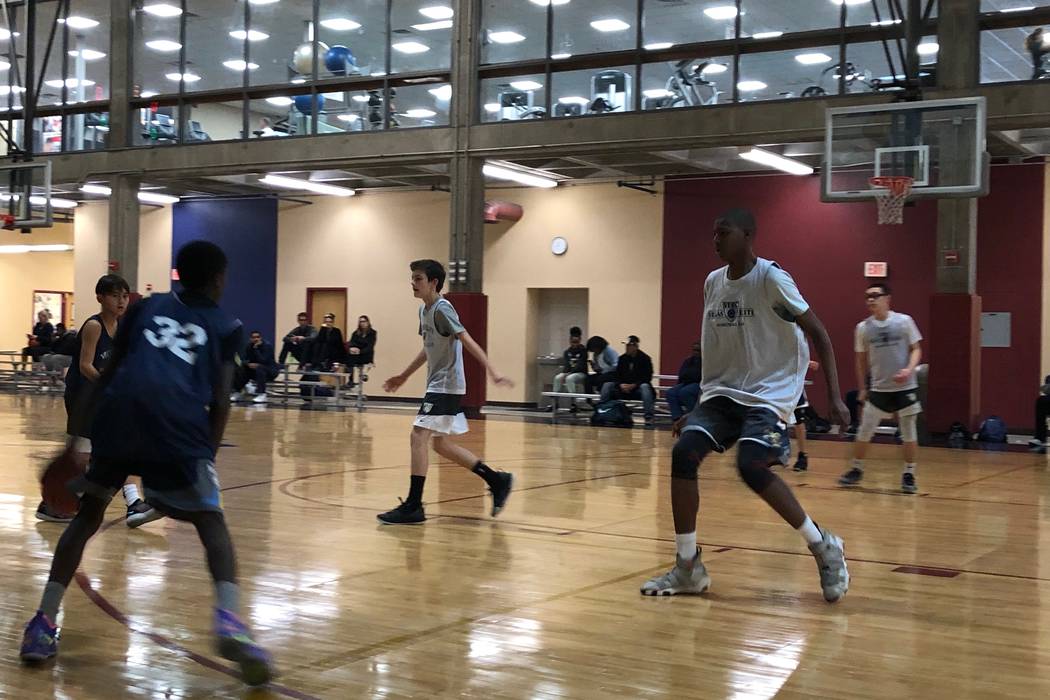 Seventh and eighth grades compete in a 3-on-3 basketball tournament at the Bill and Lillie Heinrich YMCA on Saturday, December 29, 2018. Sam Gordon/Las Vegas Review-Journal.

Former NBA power forward Jerome “Junk Yard Dog” Williams extended his career by shifting from 5-on-5 to 3-on-3.

Williams, who played for four teams during nine NBA seasons, is the president of The Young3 — the youth initiative connected to recording artist Ice Cube, and his Big3 professional 3-on-3 basketball league, for which Williams played during its inaugural season in 2017.

On Saturday morning, the Young3 made its way to the Bill and Lillie Heinrich YMCA for 3-on-3 tournaments featuring kids ranging from third to eighth grade who play in Vegas Elite’s club basketball program.

“With the Big3, I feel like (3-on-3) is really starting to grow in popularity,” Vegas Elite program director Brian Sitter said. “And, it’s a great way for kids to learn how to play the game. There’s more space. They get to do more…It’s a great thing for development.”

Williams, who played in the NBA from 1996-2005, lives in the Las Vegas Valley and was Findlay Prep’s head coach in 2014-15. He returned to professional basketball via the Big3, and was asked this year to spearhead the Young3 in cultivating the 3-on-3 game, which was added to the Olympics in 2017.

The organization “looks to not only advance 3-on-3 basketball in each of the local communites they visit, but they want to enrich a child’s experience with the game of basketball.

Williams’ son plays for Vegas Elite, making the organization was a natural partner for Saturday’s event. The players deviated from traditional 5-on-5 during the week and practiced 3-on-3 in preparation for the tournaments.