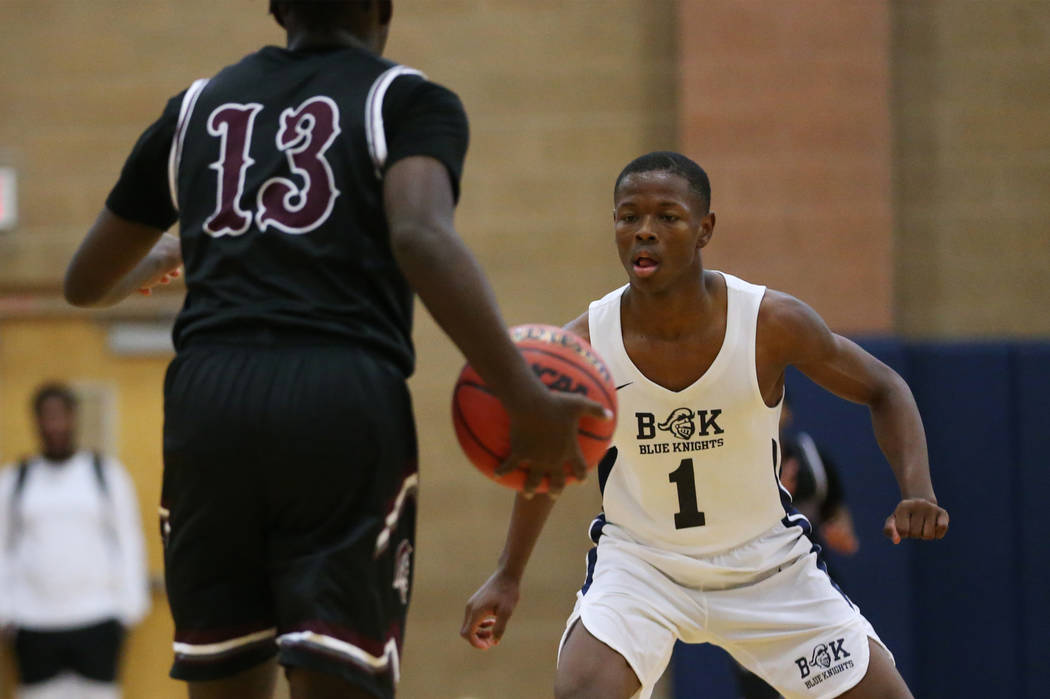 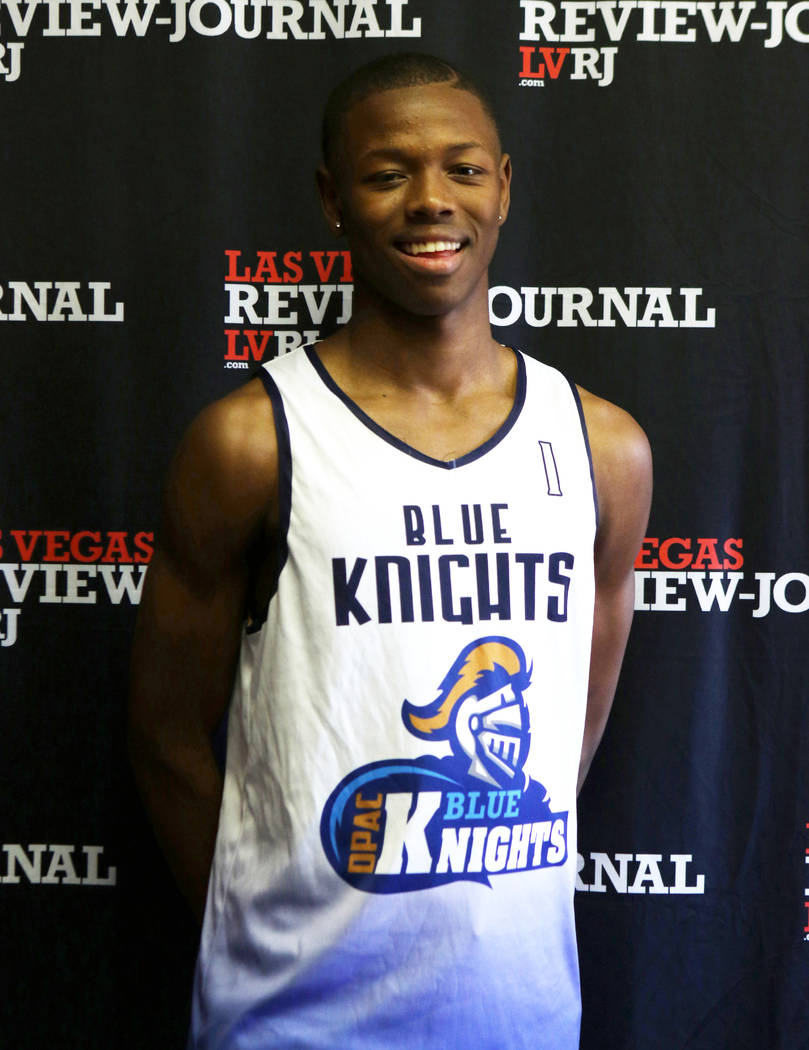 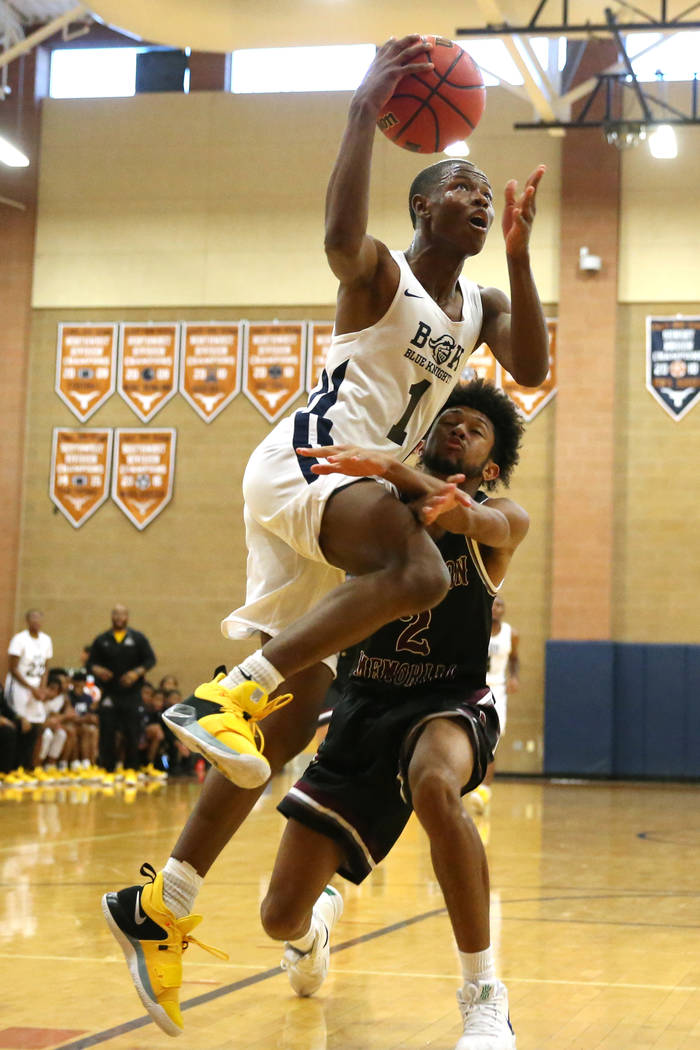 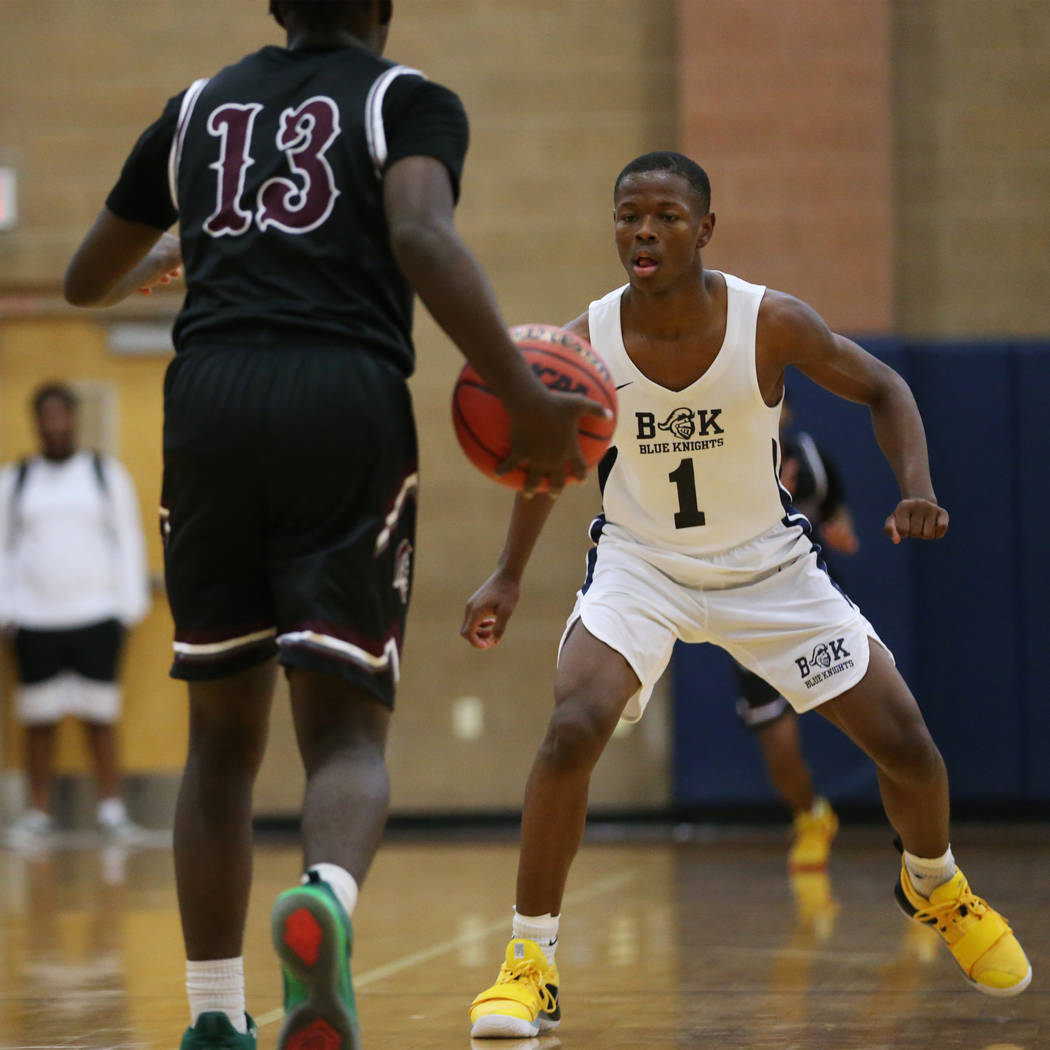 In the three-plus years since that conversation with Diggs, Muhammad has completed countless three-a-day workouts to develop his ballhandling, shooting and court vision. Now a 6-foot-1-inch senior, he’s one of the best players in Southern Nevada and has a Division I offer from Southern Utah, and interest from programs like Sacramento State, Northern Arizona and Cal State Bakersfield.

He plans on committing to a college after his senior season.

“He wasn’t really a very skilled player,” said his father, Kim, who records all of his son’s games and covers local high school and grassroots basketball for his independent website. “What we’ve seen is a maturation of the whole process of him developing. He’s been developing since the ninth grade.”

Muhammad stopped playing football in junior high, citing injury concerns and a newfound love for basketball. But he was cut from the middle school team amid a lack of experience and challenged to improve by Diggs.

“I was missing shots. I couldn’t shoot at all,” Muhammad said. “I couldn’t dribble.”

Diggs met Muhammad in fourth grade and had a particular interest in his progression, guiding him through three daily workouts throughout his ninth-grade season — two during the school day as his physical education teacher and one at practice with the Blue Knights.

Muhammad subsequently developed an addiction to improvement and received his first scholarship offer at the end of a sophomore season in which he averaged 14.1 points and 8.1 assists.

“He always played hard. He already had that toughness,” Diggs said. “For him, it was (developing) a skill set and bringing it every night.”

Muhammad averaged 19.1 points and 7.9 assists as a junior and is even better as a senior — 22.5 points a game — after an additional summer of three-a-day workouts. Diggs empowers him as the unquestioned leader of the Blue Knights, and he responds by scoring, creating and defending at a Division I level.

Three times a day, at that.

Bishop Gorman junior soccer player Jaden Terrana was named to the 2018 Allstate All-America Team. Allstate worked in conjunction with MaxPreps to select 75 boys and 75 girls as junior All-Americans. Terrana had 21 goals and 21 assists for the Gaels, who won the Class 4A state championship.

On the boys side, Gorman midfielder Caden Buckley earned the same honor. He had three goals and three assists while helping the Gaels to a 14-4-2 record.