If you are having problems accessing today’s e-Edition, please click on this link VIEW E-EDITION
By Sam Gordon Las Vegas Review-Journal
January 15, 2019 - 3:27 pm 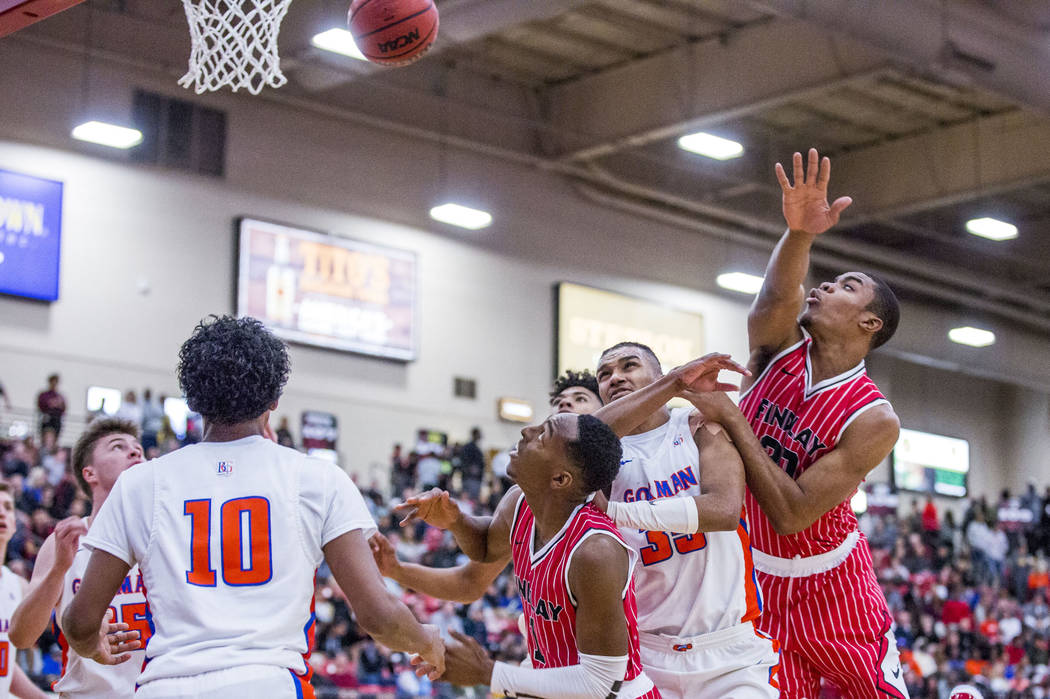 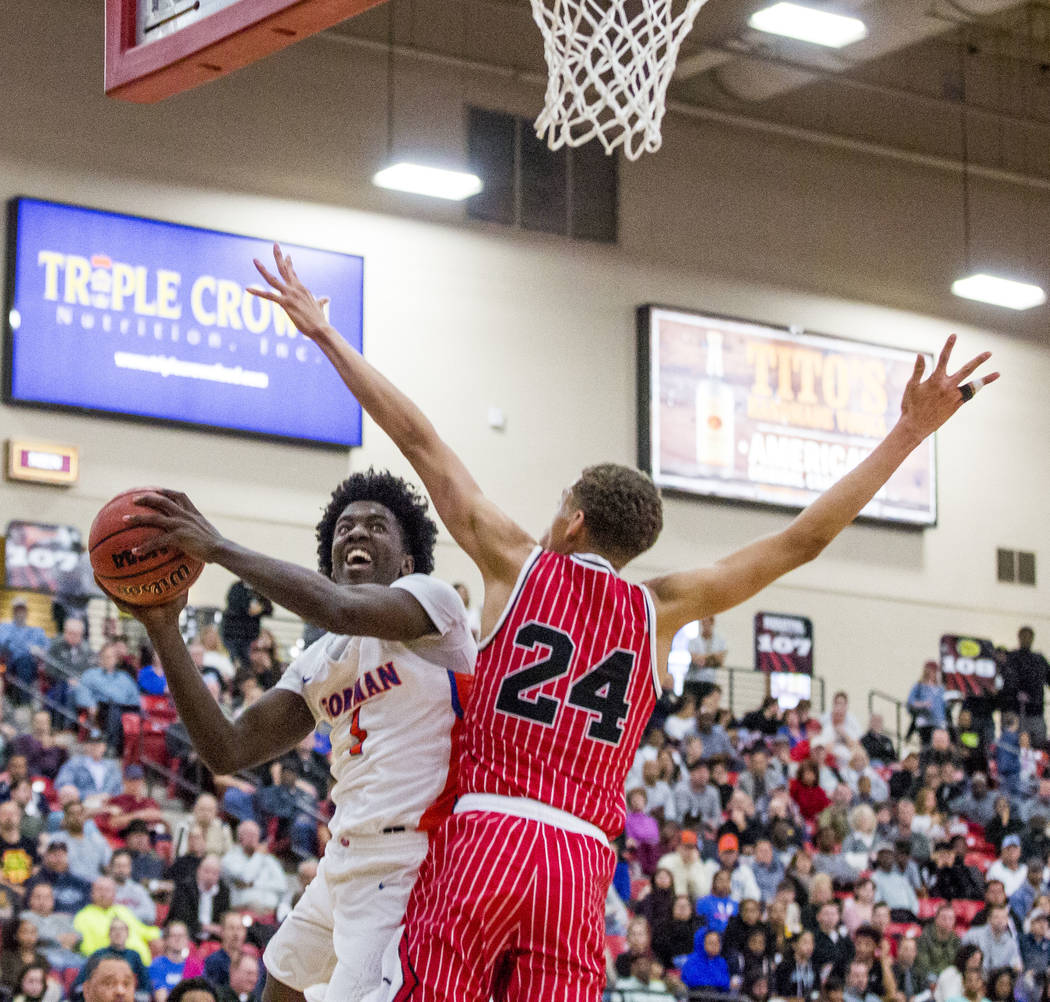 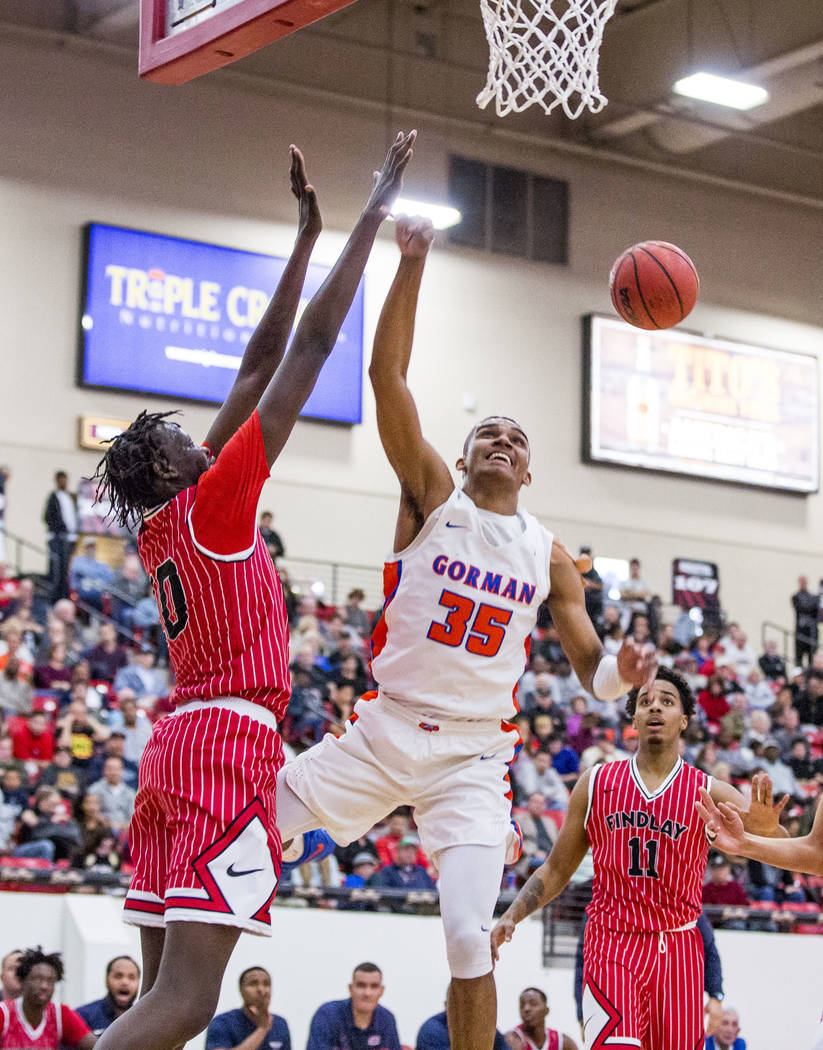 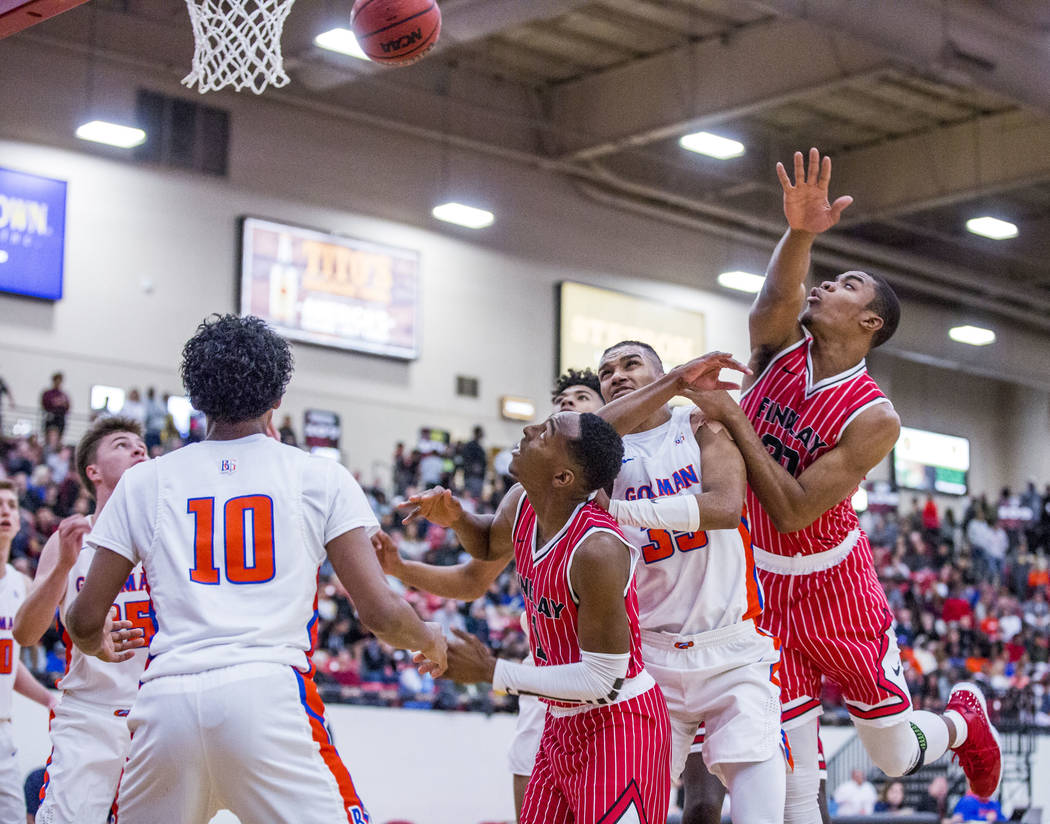 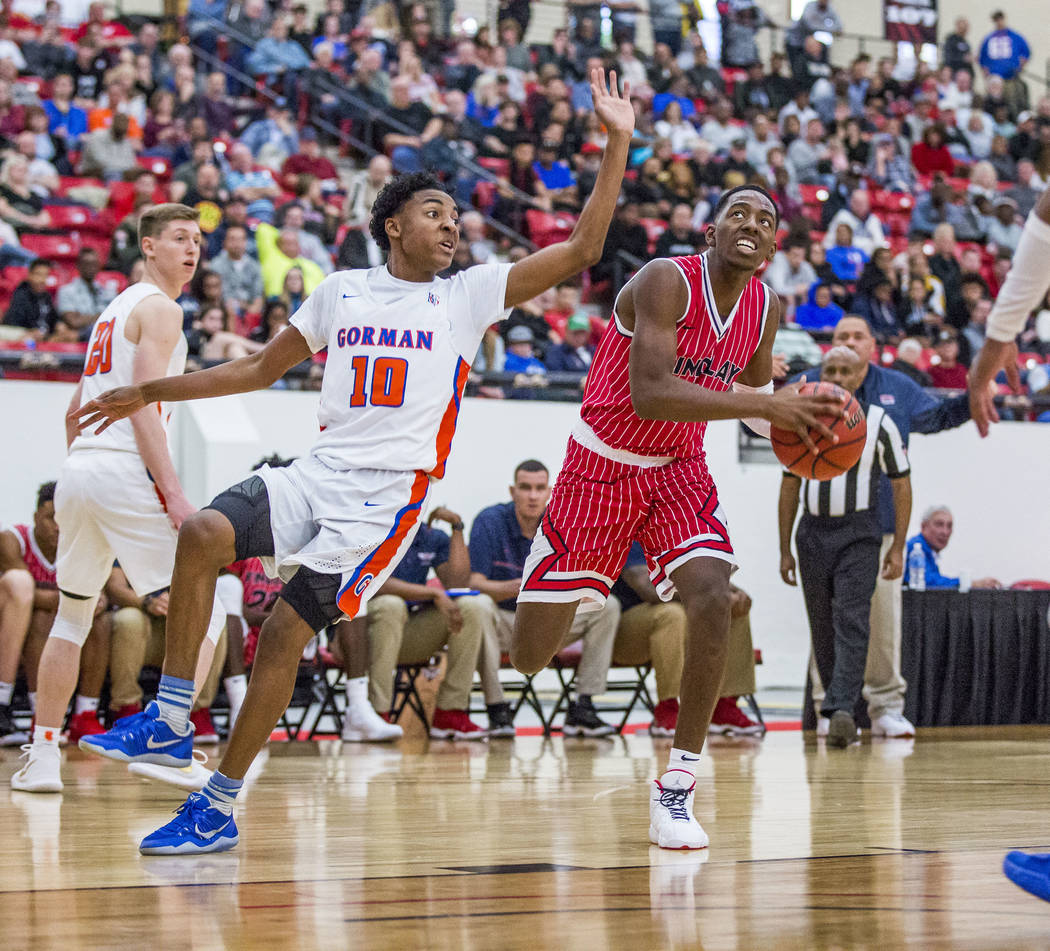 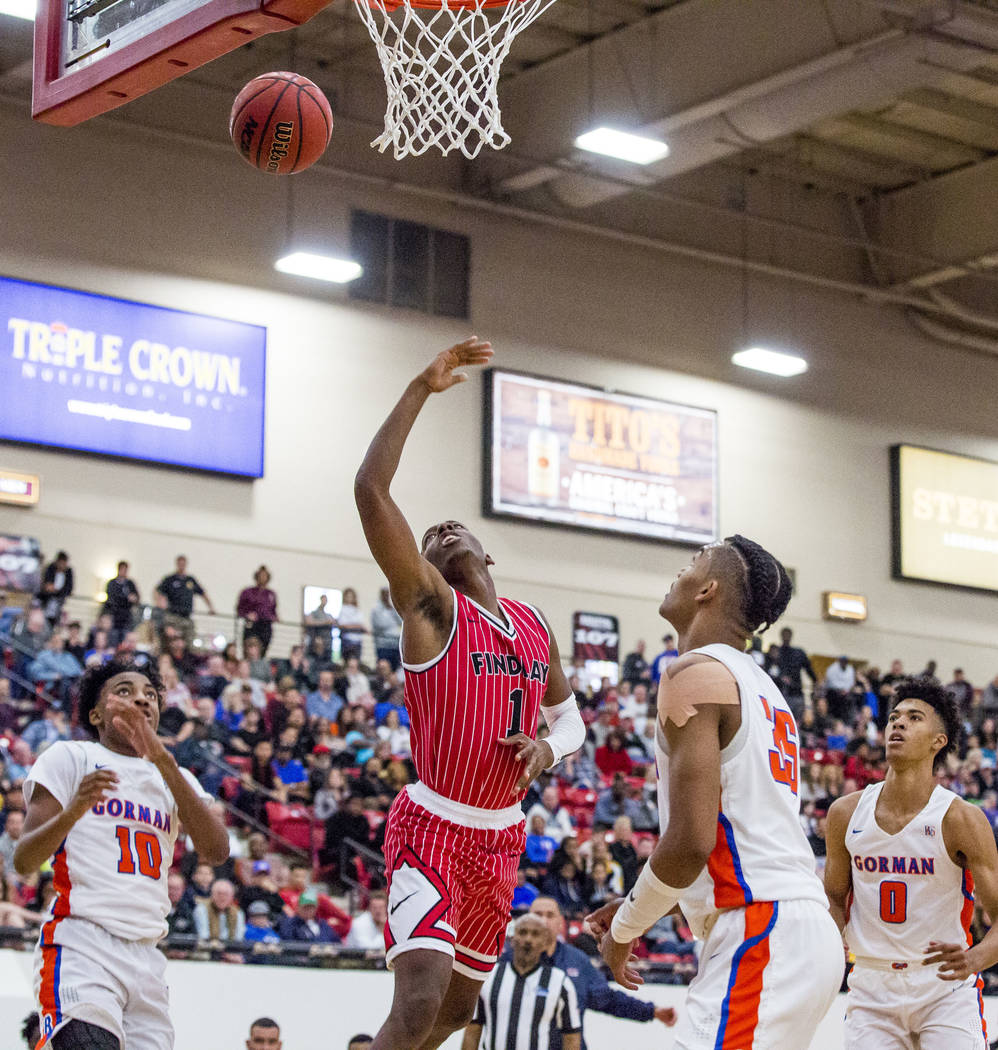 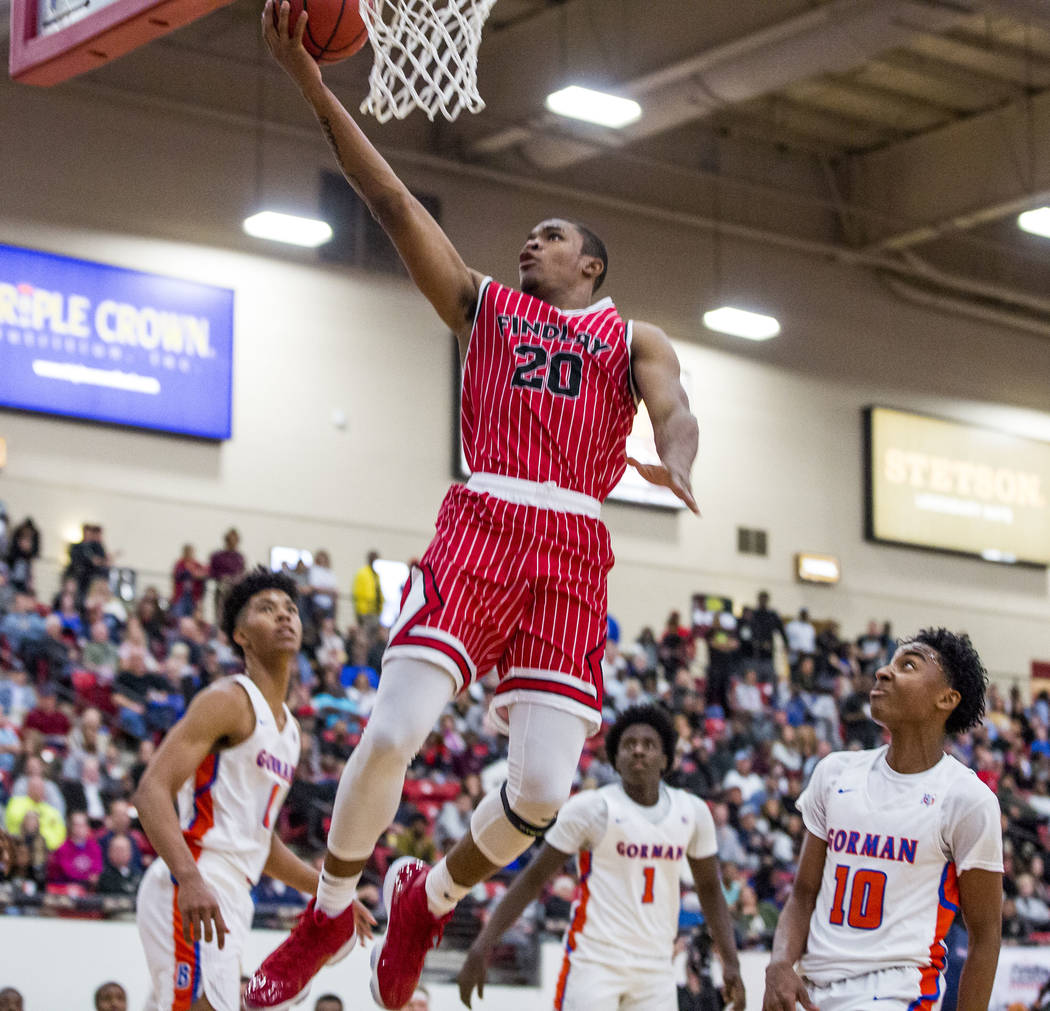 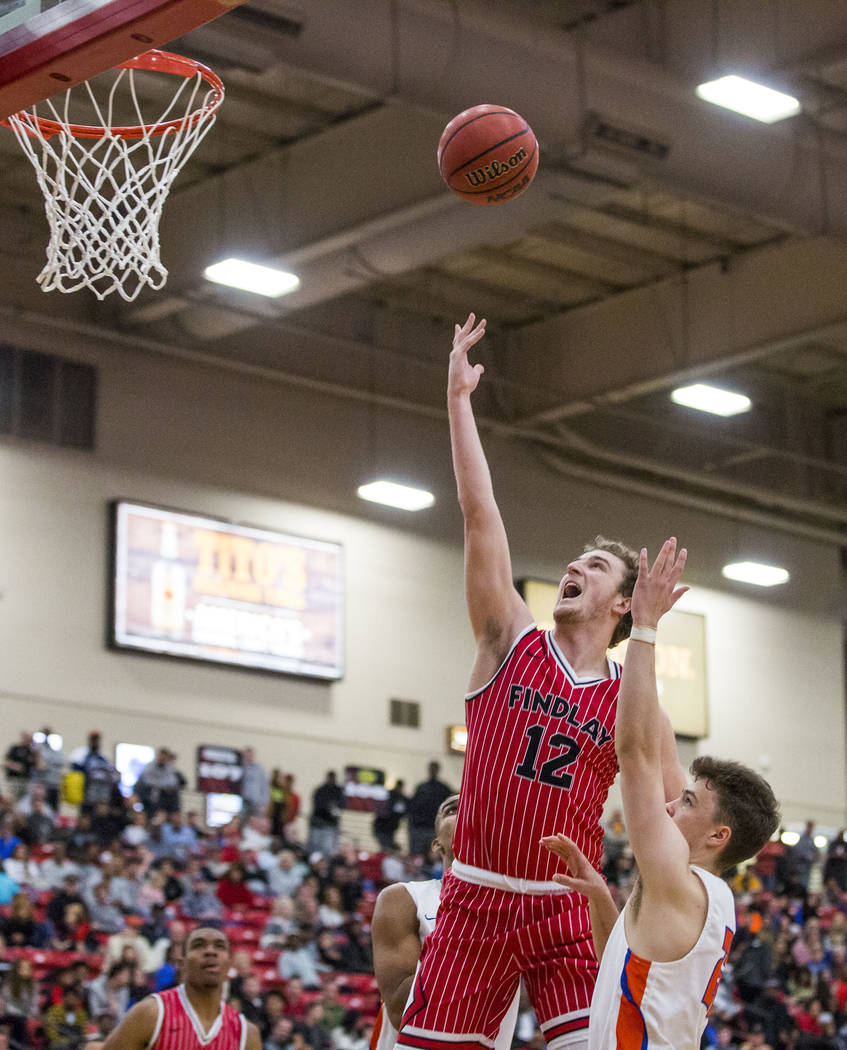 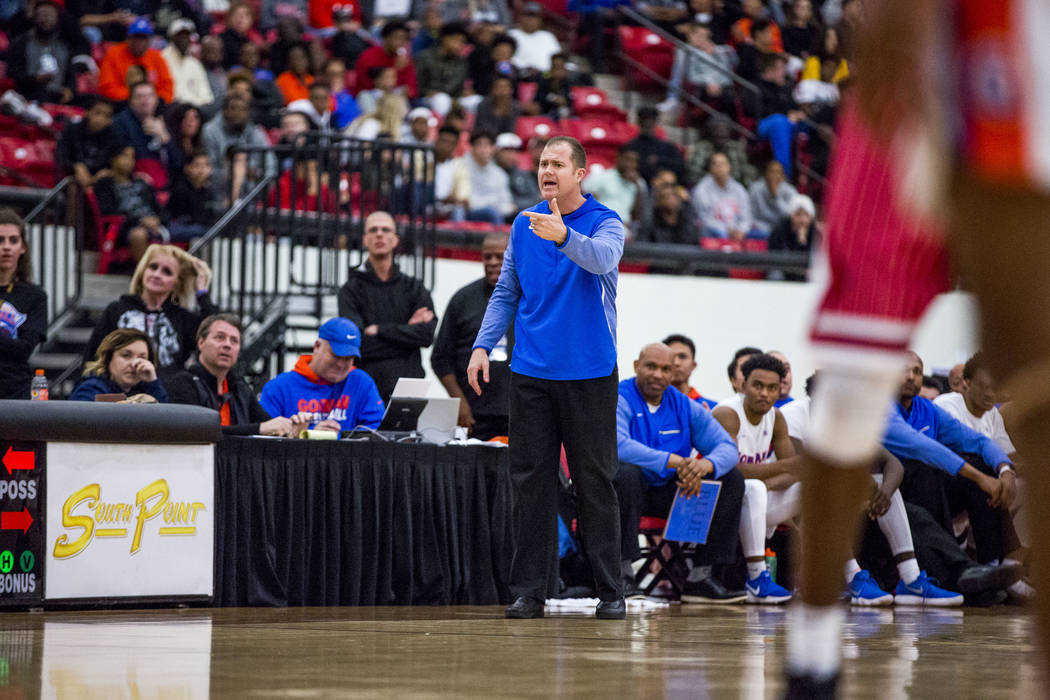 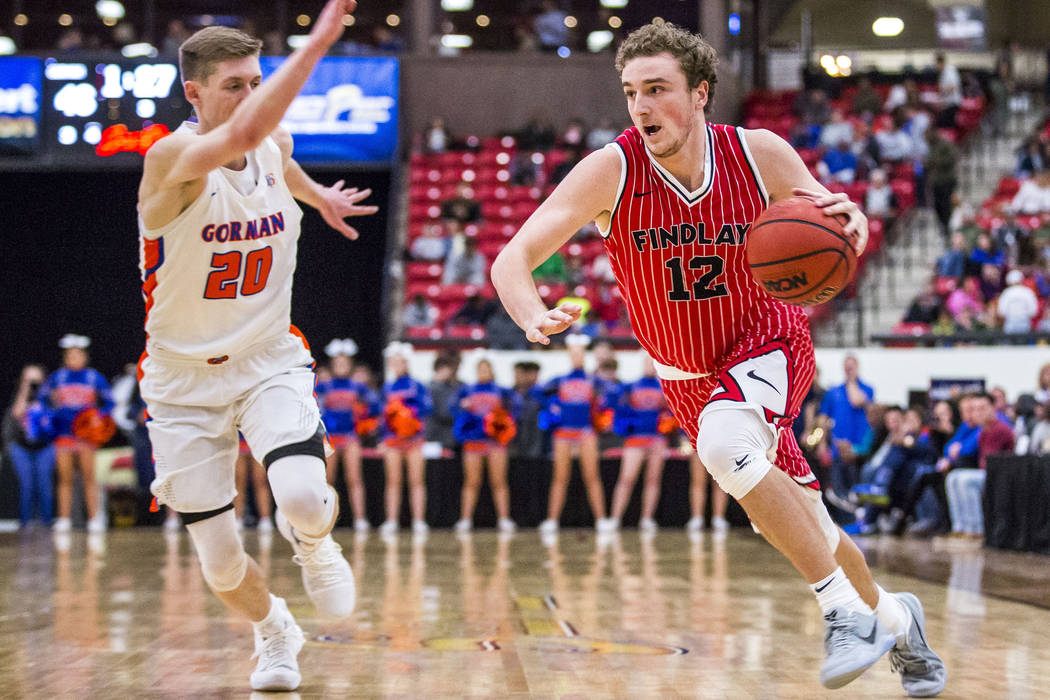 The white rectangular sign is still screwed into the north wall inside Findlay Prep’s coaches office. It’s encapsulated in a thin layer of glass, with the program’s logo in the middle and “BEAT GORMAN” at the bottom.

It’s a game, as Pilots coach Rodney Haddix said, “(that) we circle every year.”

Findlay Prep and Bishop Gorman meet at 2 p.m. Saturday at South Point Arena in the annual Big City Showdown rivalry game. The local powers again are two of the country’s best teams and are ranked No. 9 (Findlay) and No. 10 (Gorman) in USA Today’s West Regional basketball rankings.

“I told the guys the other day, ‘Probably the most talented team we had here lost to Gorman,’” Haddix said. “It’s always competitive, no matter who is on the court. And that’s what you come here for is to play in those games.”

The Pilots are comprised of players from across the county and abroad, and Haddix has to teach them about the rivalry. He took his team to a Gaels football game “to see their campus, to see their football team. … It’s like, man, that’s what everybody chases here.

“We’re the program that kind of supersedes them here,” said Haddix, who played for Findlay Prep in its inaugural season of 2006-07. “So we’ve got to make sure to let them know that.”

In preparation for Saturday, the Pilots deviated from their usual evening practice schedule Monday and practiced at 6 a.m. so they could scout Gorman’s game against Clark in the evening. Findlay Prep senior guard PJ Fuller, who is from Seattle, said he’s learned about the importance of the Big City Showdown.

“It’s bragging rights of Las Vegas,” he said. “I expect nothing but a big crowd and a fun atmosphere.”

Desert Pines junior Darnell Washington has accepted an invitation to play in next year’s Under Armour All-American football game. Washington, a 6-foot-8-inch, 260-pound tight end, is Rivals’ No. 16 overall recruit in the junior class and has offers from traditional powerhouses Alabama, Clemson and Oklahoma.

Arbor View has hired Matt Gerber as its football coach, the school announced last week. He takes over for Dan Barnson, who announced his retirement in December after leading the Aggies to a 104-33 record in 12 seasons.

Gerber was on Barnson’s staff for two years after spending five years as the head coach at Durango, where he compiled a 12-34 record from 2012 to 2016.

Palo Verde is hosting SLAM Academy in a girls wrestling dual meet at 6 p.m. Wednesday, a first for girls in Nevada history.