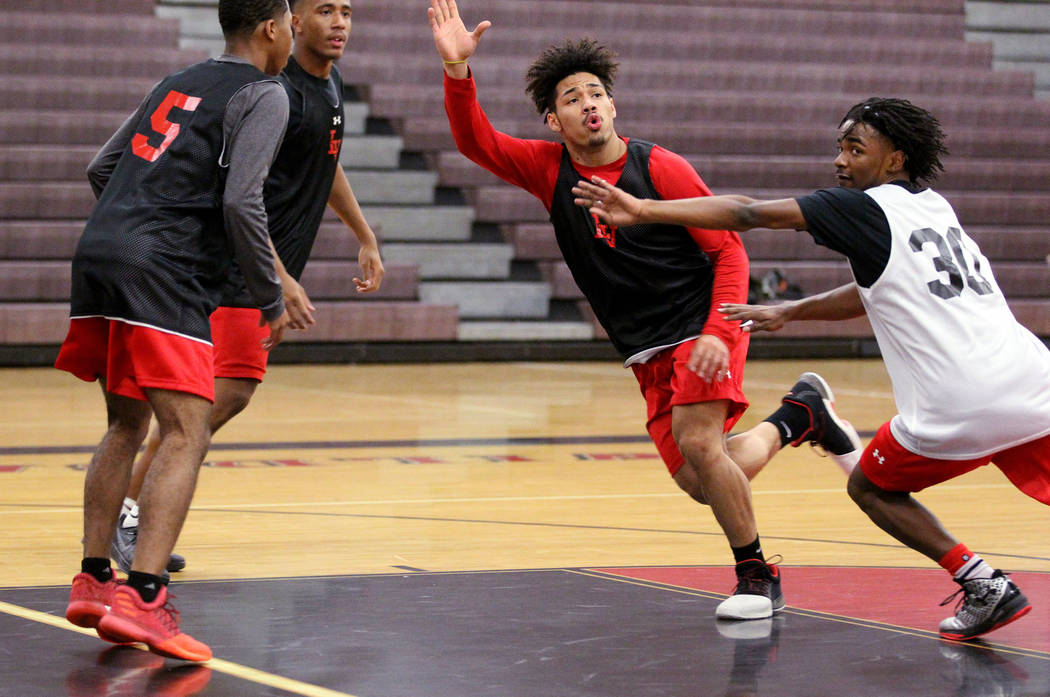 3. Canyon Springs (10-1, LW 3) — With the way Las Vegas and Eldorado are playing, the Pioneers are far from guaranteed another Northeast League championship.

5. Faith Lutheran (13-2, LW 5) — After a rough loss to Centennial last Friday, the Crusaders responded by pounding Cimarron-Memorial on Tuesday.

10. Liberty (8-6, LW 9) — The Patriots are fighting for a home playoff game in a tough Southeast League.

1. Cheyenne (7-6, LW 1) — A big win over Desert Pines on Tuesday solidified the Desert Shields’ place atop the rankings.

3. Chaparral (7-5, LW 3) — The Cowboys look to improve on their 4-0 league record when they take on Virgin Valley on Friday.

3. Adelson School (7-5, LW 3) — A rematch of last year’s state championship awaits the Lions on Thursday, when they travel to Democracy Prep.

4. Needles (11-6, LW 4) — The Mustangs are home for their next four games, including three league games.

5. Mountain View (7-10, LW unranked) — The Saints enter the rankings for the first time after beating Lake Mead on Tuesday.

2. Spring Mountain (13-4, LW 2) — The Golden Eagles got their league schedule off right with a win over Liberty Baptist last Friday.

4. Word of Life (2-10, LW unranked) — The Eagles return to the rankings after a commanding win over Sandy Valley on Tuesday.