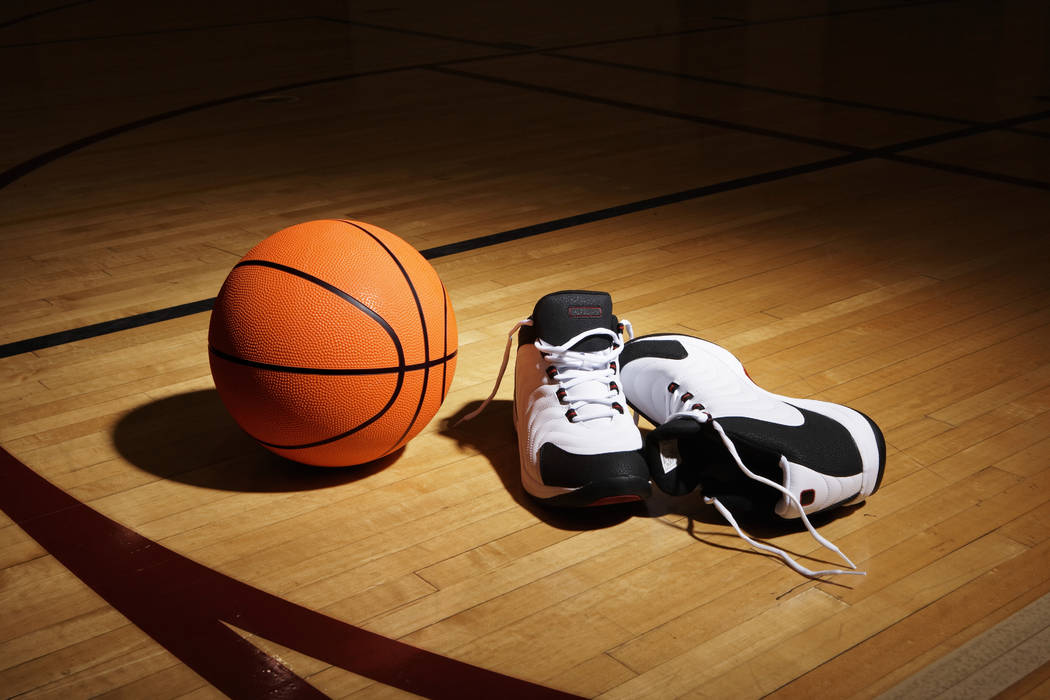 Tyrell Hampton added 24 points for the Dragons, who outscored the Lions 12-7 in overtime to claim the win.

Desert Pines 43, Las Vegas 38 — At Las Vegas High, the Jaguars were 15-for-18 from the free-throw line in the fourth quarter to defeat the Wildcats.

Dayshawn Wiley and Milos Uzan each went 6-for-6 from the line in the fourth quarter for Desert Pines, which outscored Las Vegas 17-12 in the final eight minutes.

Uzan had 13 points, and Wiley scored 10 for the Jagaurs.

Silverado 76, Spring Valley 68 — At Silverado, Travon Martin had 29 points and eight assists to lead the Skyhawks past the Grizzlies.

Martel Williams added 15 points and 16 rebounds for Silverado, which led 36-32 at the half.

Legacy 61, Cheyenne 43 — At Cheyenne, Shamir Chambers scored 21 points to lead the Longhorns past the Desert Shields.

Emmanuel Austin scored 12 points, and Andrew Garcia scored 11 points for the Longhorns, who used a 22-4 second-quarter run to pull away.

Sierra Vista 82, Lincoln County 48 — At Mesquite, Lowell Chan scored 20 points to lead the Mountain Lions in a rout of the Lynx in the Bulldog Invitational Tournament.

Isaiah Veal and Mason Engmann each scored 18 points, and Calvin Richards scored 13 points for Sierra Vista, which led 47-20 at halftime.

Moapa Valley 59, Pahrump Valley 48 — At Mesquite, Grant Odegard scored 15 points to lead the Pirates past the Trojans in the Bulldog Invitational Tournament.

Derek Reese added 12 points for Moapa Valley, which trailed 22-19 at the half.

Rancho 60, Monument Valley (Ariz.) 54 — At Page, Arizona, James Brown poured in a game-high 26 points to help lead the Rams past the Mustangs in the Lake Powell Holiday Shootout.

Sunrise Mountain 65, Snowflake (Ariz.) 63 — At Flagstaff, Arizona, Tyree Hayes scored 20 points — including two free throws with 3.6 seconds remaining in the game — to lift the Miners past the Lobos in the Pepsi Holiday Tournament.

Lake Mead 39, Adelson School 37 — At Lake Mead, Ryan Kennedy had 18 points, seven rebounds and seven steals to lead the Eagles past the Lions.

Lake Mead led 38-37 when Kennedy stole a pass, drove to the basket and was fouled with five seconds remaining in the game. He made 1-of-2 free throws to push the Eagles’ lead to 39-37. The Lions’ desperation 3-point attempt at the buzzer failed.

Shadow Ridge 74, Enterprise (Utah) 50 — At Mesquite, Josiah Cruz scored 14 points to lead the Mustangs to the win in the Bulldog Invitational Tournament.

Somerset-Losee 79, Pinecrest Academy 28 — At Somerset-Losee, Naurese Meno-Blackshear had a triple double with 17 points, 16 rebounds, and 11 assists as the Lions blitzed the Cougars.

Johnny Bass and Caevee Cruz each added 18 points for Somerset-Losee.

Chaparral (Ariz.) 64, Liberty 51 — At Scottsdale, Arizona, Julian Strawther had 30 points, five rebounds and four assists for the Patriots in their loss to the Firebirds at the Hoophall West showcase.

Kanab (Utah) 57, Virgin Valley 43 — At Mesquite, Will Barnum had a team-high 11 points for the Bulldogs in their loss to the Cowboys in the Bulldog Invitational Tournament.

Pahranagat Valley 56, McDermitt 39 — At Virginia City, Stockton Maxwell scored 22 points and Kyler Martin added 14 points for the Panthers in their win over the Bulldogs.