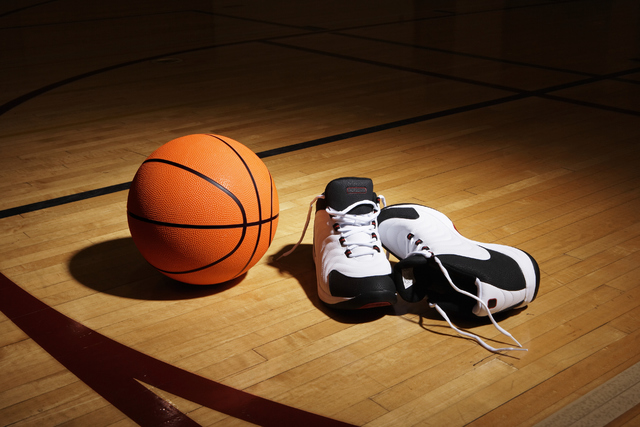 Alexander Spaight had 21 points, and teammate De’Shawn Keperling added 12 points for Canyon Springs, which got 11 points from Mervin Soares.

Dexter Davis had 18 points, and Kemo Bell and Jordan Carter each scored 14 for Eldorado. Kobe Slaughter added 13 points for the Sundevils.

Durango 78, Bonanza 72 — At Durango, Anthony Hunter had 25 points to power the Trailblazers over the Bengals.

Kendell Burrell had a game-high 26 points for Bonanza. Chase Hafen scored 17 for the Bengals, and teammate Marc Navarro had 10 points.

Las Vegas 81, Valley 63 — At Las Vegas High, Jaylin Headen poured in a game-high 27 points to power the Wildcats past the Vikings.

Donovan Joyner had 19 points, and Zion Edwards added 10 points for Las Vegas, which led 42-27 at the half.

Oscar Burns scored 24 points to lead Valley, which got 13 points from Tommy Anderson.

Chaparral 58, Sky Pointe 39 — At Chaparral, Prineko Kolaker and Dejonte Allen each scored 15 points, and the Cowboys rolled past the Eagles to clinch the Sunrise League title.

Demetreus Jackson supplied eight points and 13 rebounds for Chaparral, which got 10 rebounds from Kolaker.

Nati Asfaw added 12 points for Del Sol, which trailed 17-12 after one quarter but battled back to take a 23-22 halftime lead.

Maka Ellis had 14 points, and Mathias Aaiva and Jalen McFadden scored 10 points each for Sierra Vista, which led 42-26 at halftime.

Boulder City held Virgin Valley to four points in the first quarter and led 47-18 at halftime. The Eagles shot 22 of 22 from the free-throw line.

Rancho 70, Moapa Valley 47 — At Rancho, James Brown scored 16 points, and Tejai Washington had 15 points as the Rams took down the Pirates.

Frank DeGourville added 14 points for Rancho, which led 36-22 at halftime and used a 23-6 third quarter run to put the game out of reach.

Calvary Chapel 45, The Meadows 31 — At Calvary Chapel, Elijah Martinez scored 21 points to help the Lions take down the Mustangs.

Blake Box had 13 points for the Lions.

Ben Elharrar had 14 points, and Miles Hagan scored 13 for Adelson School, which jumped out to a 38-17 halftime lead.

Isaac Lopez supplied 12 points for Word of Life, which led 33-26 at halftime and blitzed Indian Springs with a 22-8 third quarter run.