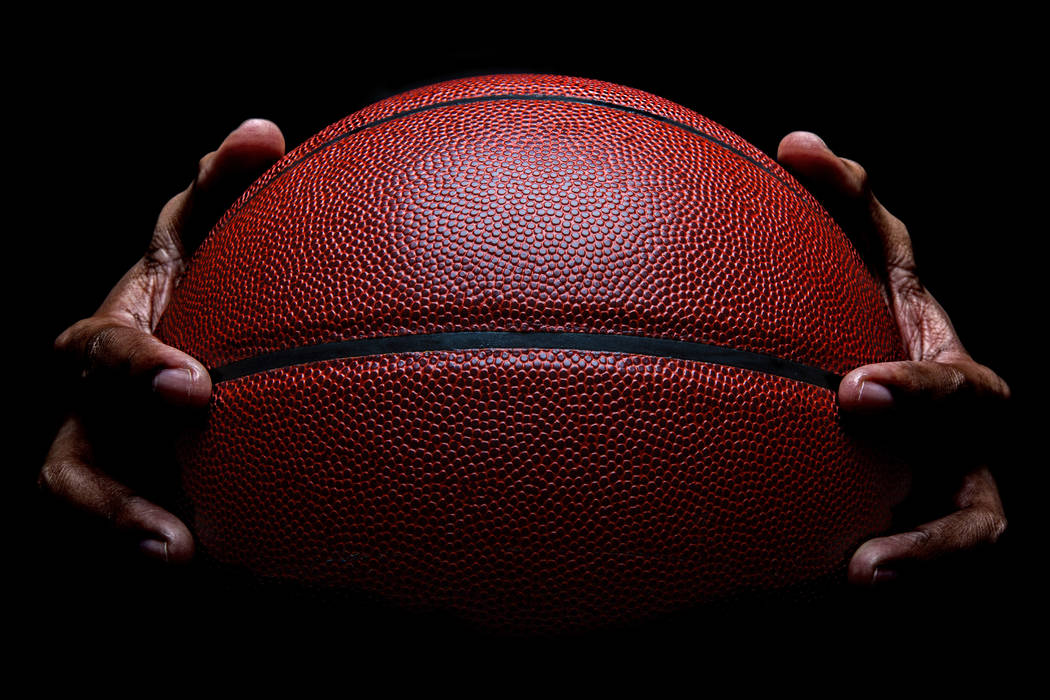 Only five players scored for the Patriots, but Cameron Burist had 24 points, and Jordan Wafer scored 10. Strawther, Burist and Wafer scored all of Liberty’s points through the first three quarters.

Dylan Hushaw scored 18 for the Falcons, and Marvin Coleman had 11 points, 12 rebounds and seven assists.

Scott County (Ky.) 71, Bishop Gorman 62 — At Myrtle Beach, South Carolina, Jamal Bey led all scorers with 25 points, but the Gaels fell to the Cardinals in the consolation bracket finals of the Beach Ball Classic.

Green Valley 58, Palm Desert (Calif.) 46 — At Rancho Mirage, California, Cameron Bower had 17 points and 10 rebounds in the Gators’ win over the Aztecs in the Rancho Mirage Holiday Invitational.

Kendall Nether scored 10 for the Gators.

Serra-Gardena (Calif.) 70, Palo Verde 52 — At Rancho Mirage, California, the Panthers fell to the Cavaliers in the Rancho Mirage Holiday Invitational.

St. Augustine (N.J.) 76, Cimarron-Memorial 60 — At Carlsbad, California, George Tribble poured in 30 points, but the Spartans fell to the Hermits in The Holiday Classic.

Brian Washington had 16 points and 11 rebounds for the Spartans, who held an earl nine-point lead.

Marlon Hargis had 19 points for the Hermits, and Jordyn Kendrick scored 18.

A.B. Miller (Calif.) 50, Centennial 39 — At Rancho Mirage, California, Ishon Hardon scored 11 points as the Bulldogs came up short against the Rebels in the championship of the Gear to the Max Division in the Rancho Mirage Holiday Invitational.

Jimmy Reyes had 14 points for the Rebels.

SLAM Academy 57, Word of Life 49 — At SLAM Academy, Jalen Cunningham scored 18 points to power the Bulls over the Eagles.

Peter Iliev scored 17 for the Bulls, who grabbed a 29-21 halftime lead.

Jaiden Stucky had 18 points for Word of Life, Isaac Lopez had 14 points, and Cheikou Kouyate scored 11.

Pahranagat Valley 54, Lake Mead 33 — At Alamo, Richard Lewis had a game-high 15 points as the Panthers beat the Eagles.

Culen Highbe had 14 points for the Panthers, who pulled away by out-scoring Lake Mead 16-6 in the fourth quarter.

Donte Bristol had 11 points for the Eagles.