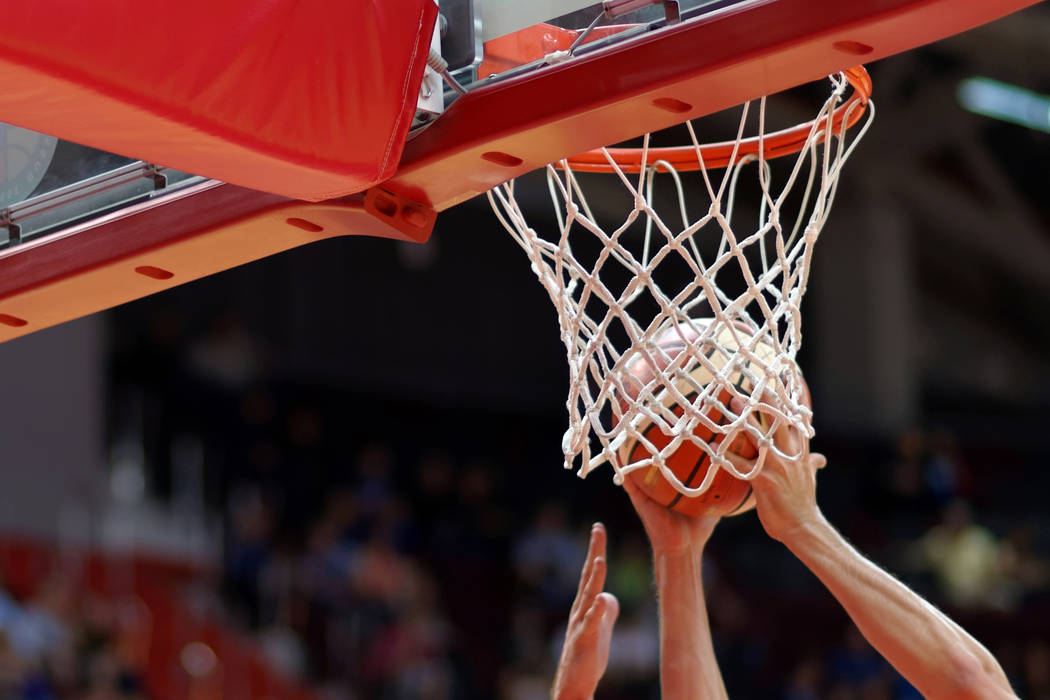 Isaiah Harper scored 10 points for the Rattlers, who outscored the Indians 33-18 in the second half.

Dayshawn Wiley and Cimarron Conriquez each scored 11 points, and Milos Uzan added 10 points for the Jaguars, who started the game on a 21-8 run.

Foothill 104, Basic 62 — At Foothill, the Falcons made 16 3-point field goals as they rolled past the Wolves.

Arbor View 69, Cimarron-Memorial 55 — At Cimarron, Tyre Williams led the Aggies with 23 points as they defeated the Spartans.

Bonanza 80, Shadow Ridge 68 — At Bonanza, Joseph Brooks led five double-figure scorers with 18 points as the Bengals rallied past the Mustangs.

Kendell Burrell had 16 points, and Trent Savage added 14 points and six steals for Bonanza. Ian White scored 12, and Kadin Warner had 11 points and 10 rebounds for the Bengals.

Legacy 65, Eldorado 53 — At Legacy, Rayshon Funches had 18 points, and the Longhorns outscored the Sundevils 42-25 in the middle quarters to earn the win.

Emmanuel Austin added 15 points for Legacy, which trailed 17-8 after one quarter.

Moapa Valley 60, Virgin Valley 46 — At Overton, Jessup Lake and Cameron Reese each had 12 points as the Pirates knocked off the Bulldogs.

Lucas Walker added 11 points for Moapa Valley, which led 35-23 at the half.

Liberty 81, Tech 35 — At Tech, Kobe Stroughter scored 21 points, and the Patriots used a 25-2 third-quarter run to rout the Roadrunners.

Donte Davis added 20 points, and Jordan Bohnet scored 14 for Liberty, which led 43-29 at the half.

Boulder City 57, Pahrump Valley 19 — At Pahrump, Derrick Thomas had 16 points as the Eagles rolled past the Trojans.

Lincoln County 64, Mountain View 30 — At Mountain View, Kobe Kelley had 17 points as the Lynx rolled past the Saints.

Calvary Chapel 78, Laughlin 31 — At Calvary Chapel, Chris Yoo poured in 24 points to help the Lions run away from the Cougars.

O’Brien Pearce added 21 points for Calvary Chapel, which led 45-18 at the half.

Jorge Hermosillo added 13 points for Beaver Dam, which led 27-17 at the half.