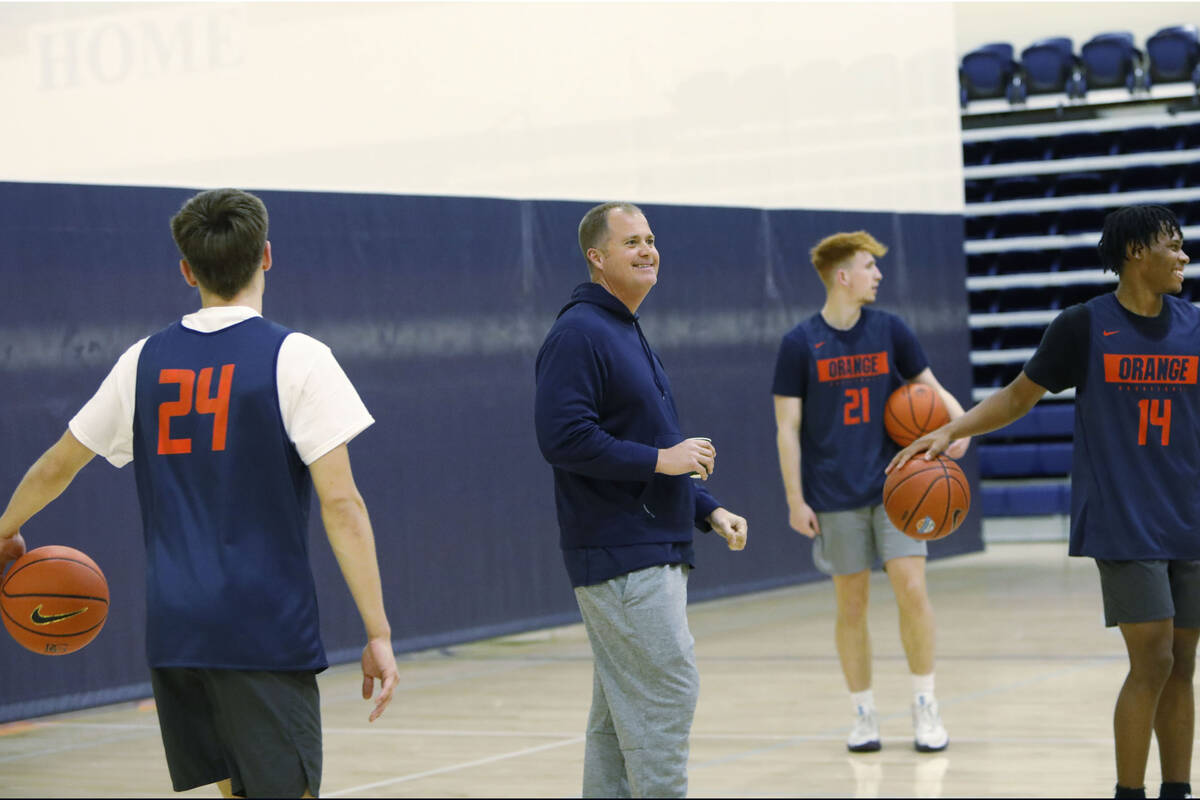 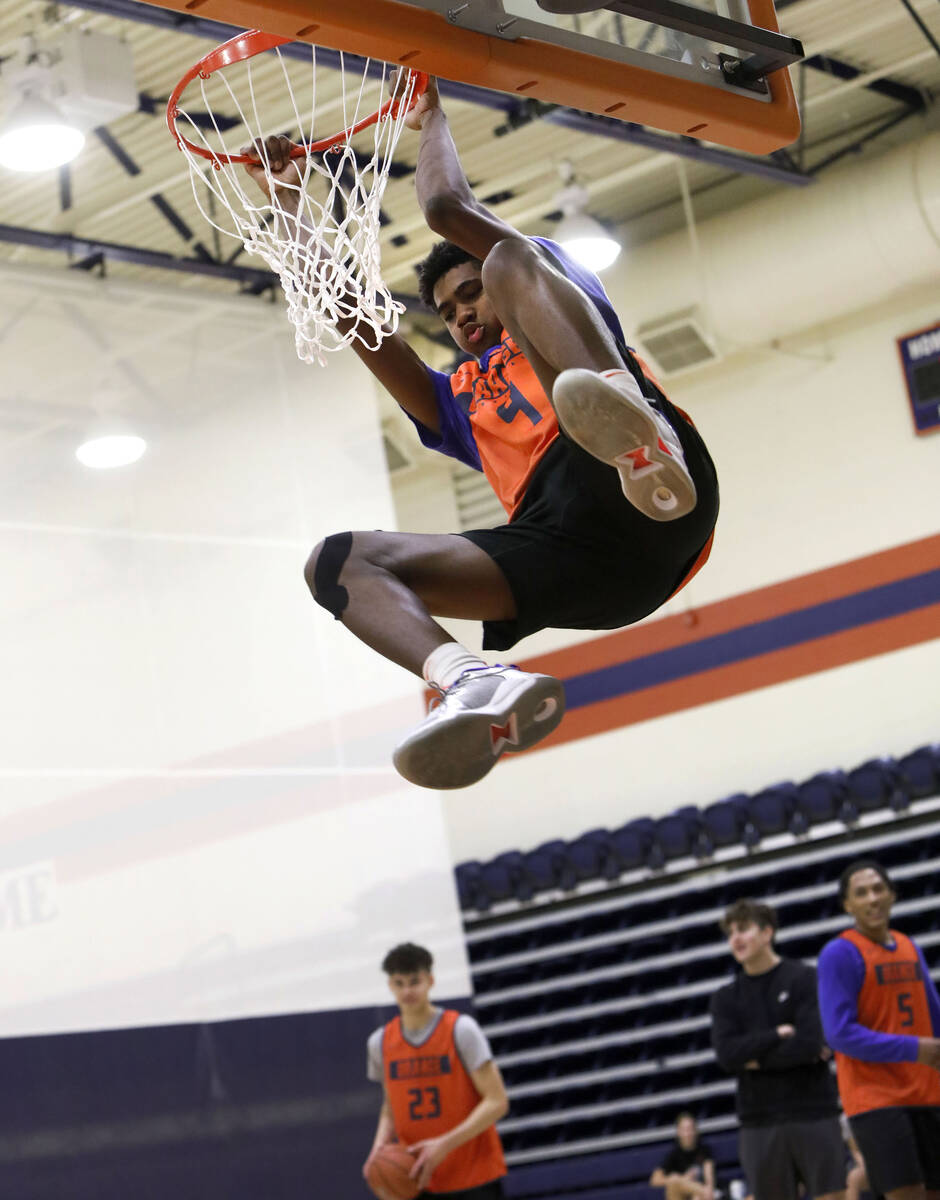 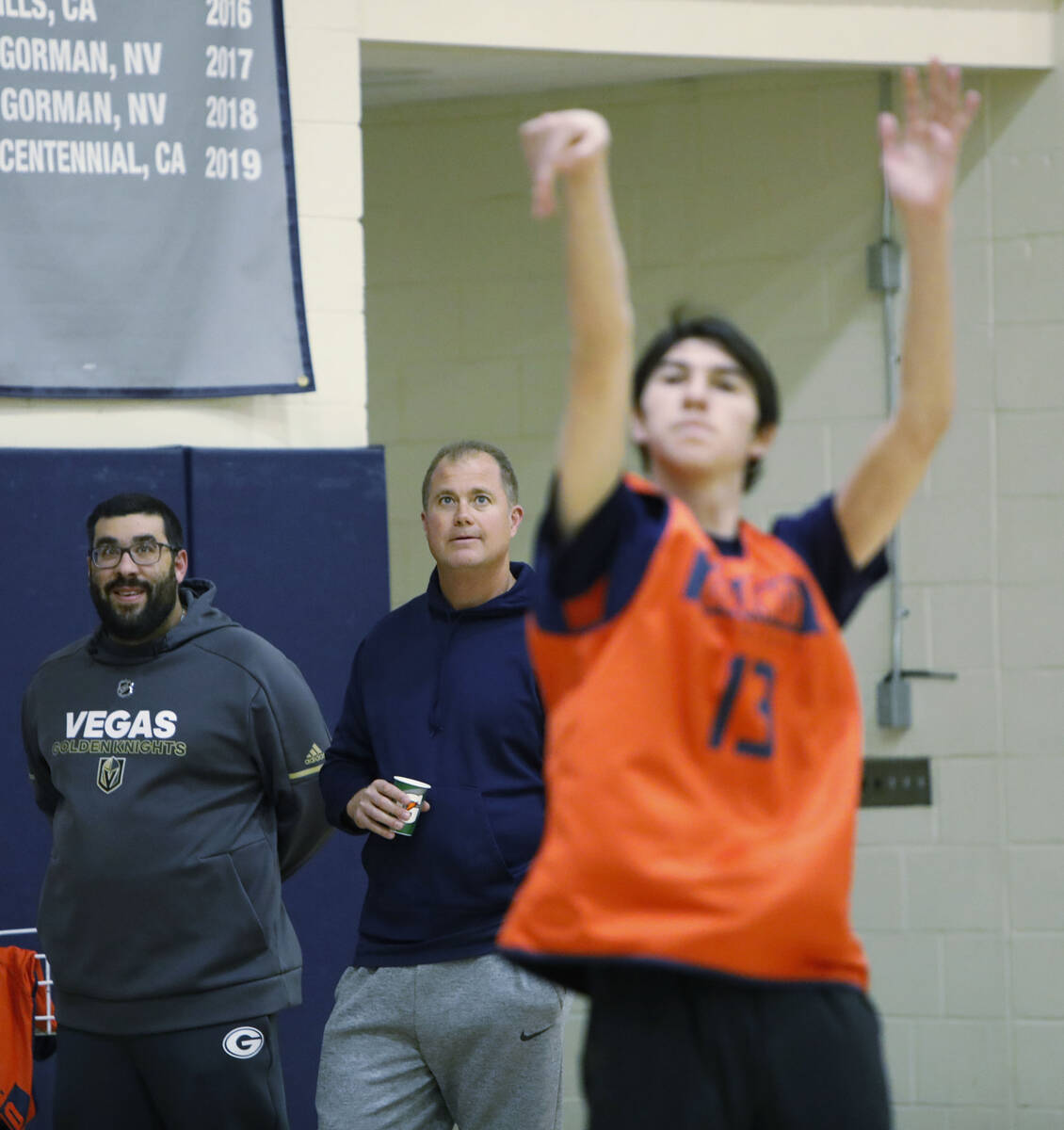 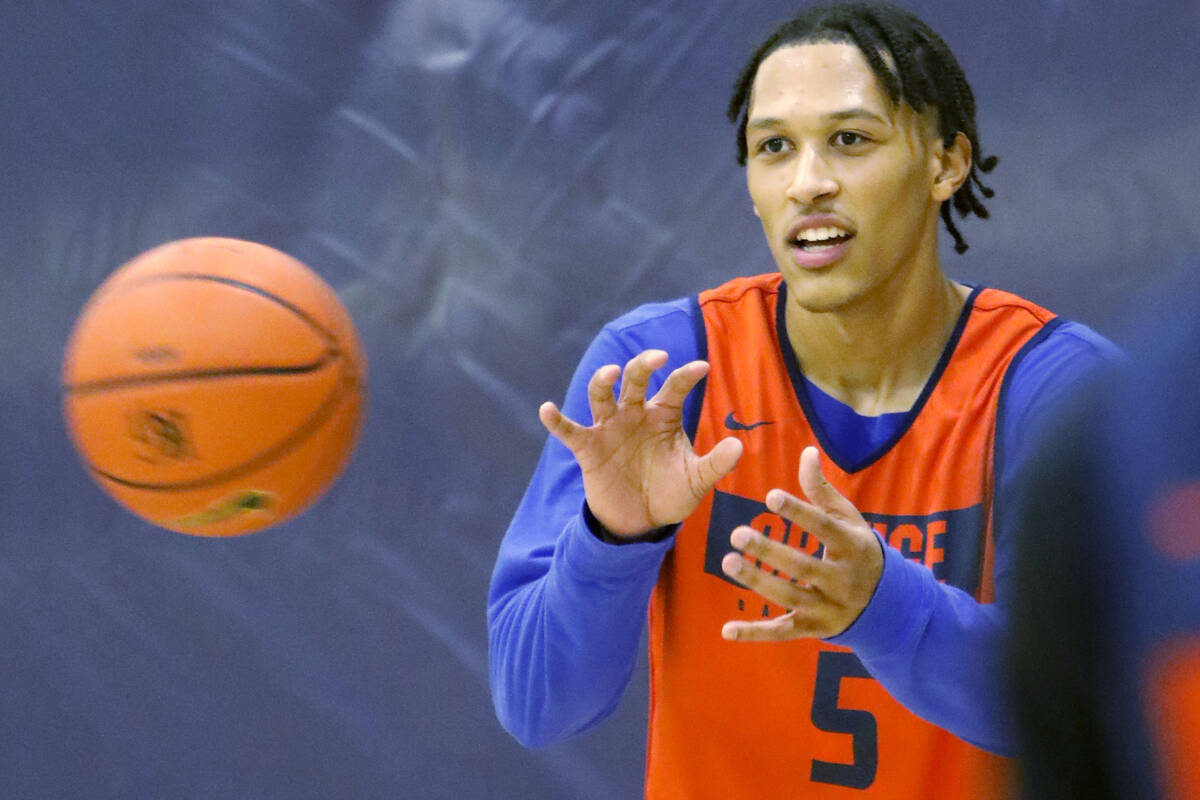 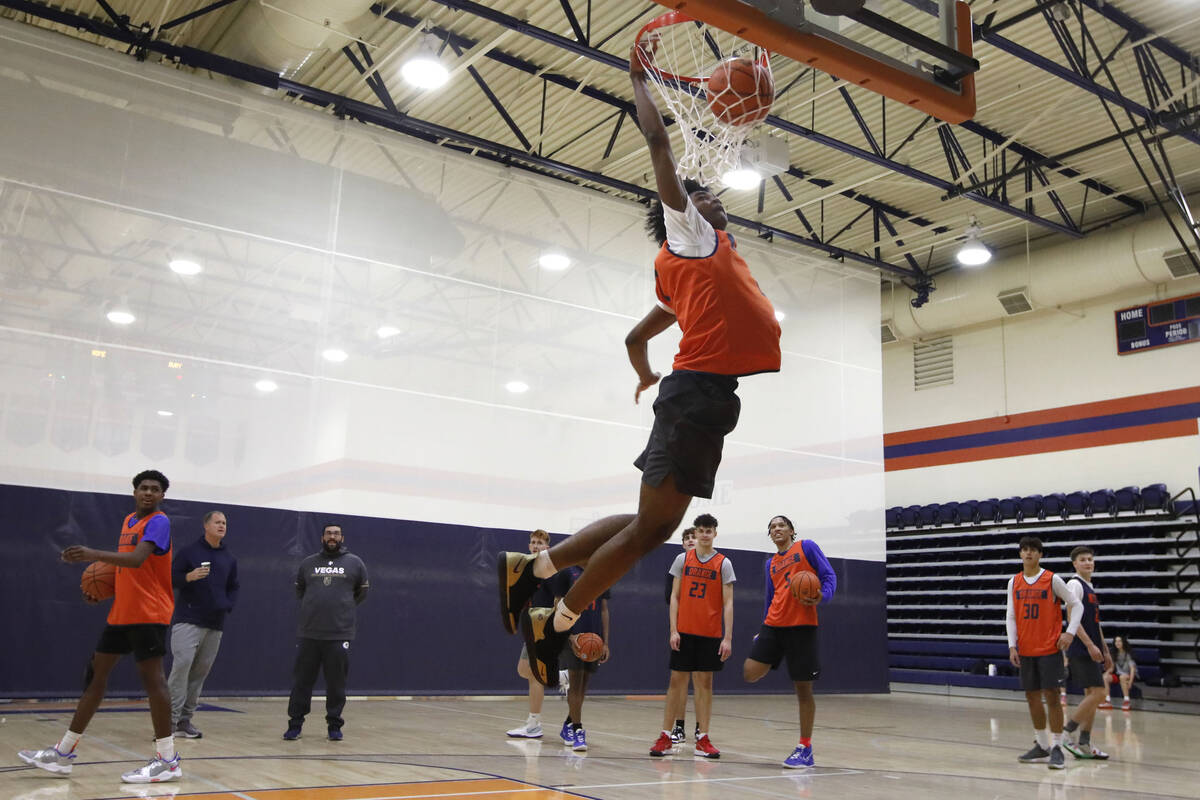 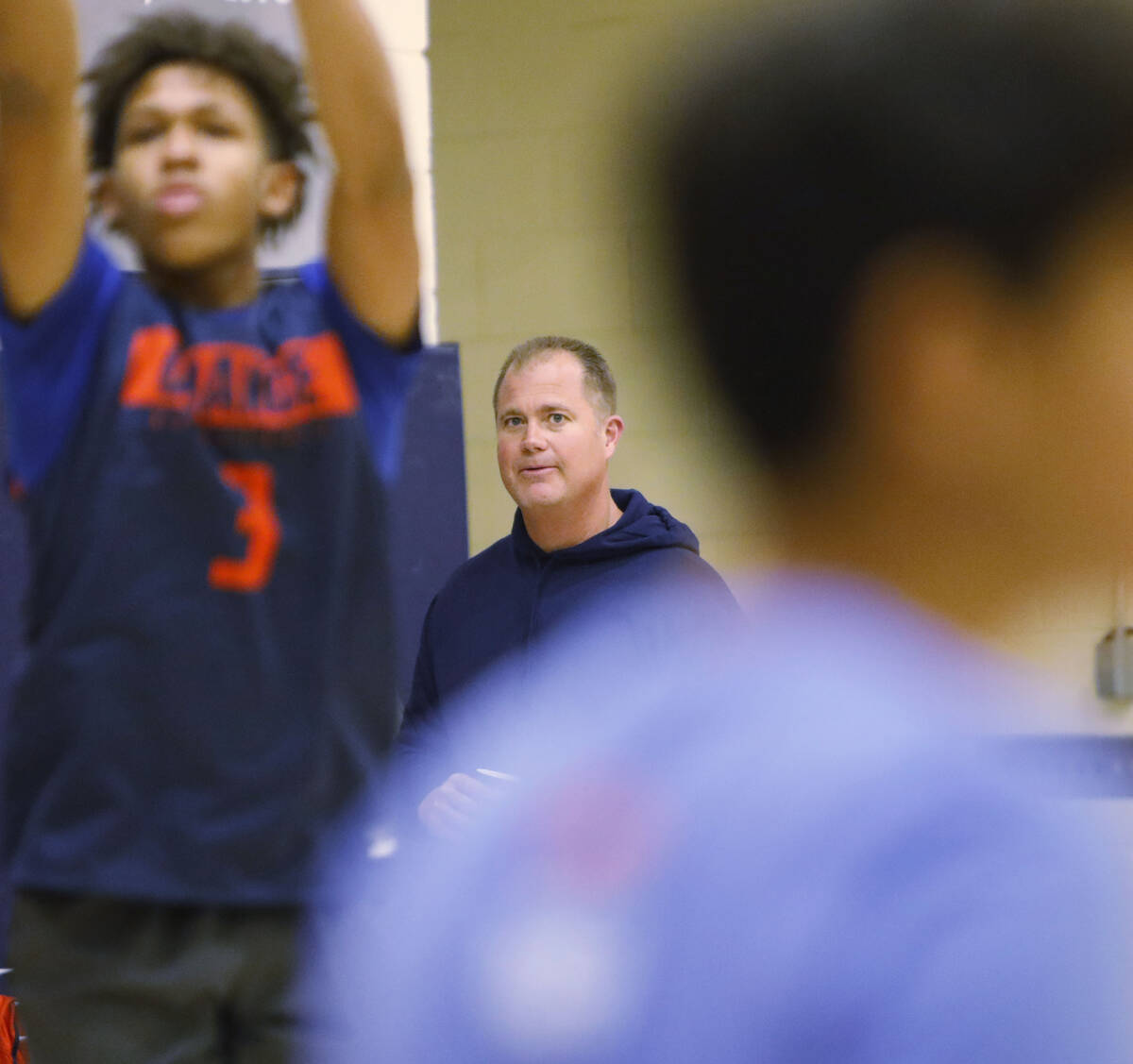 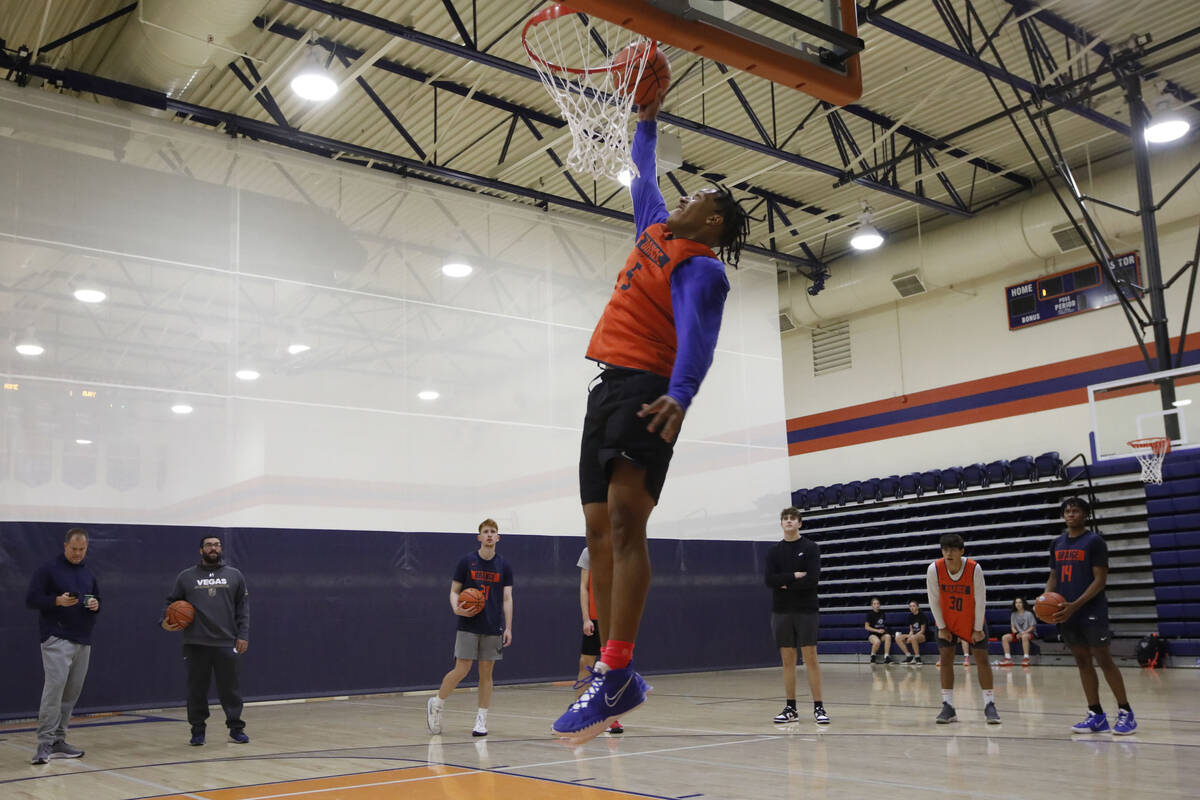 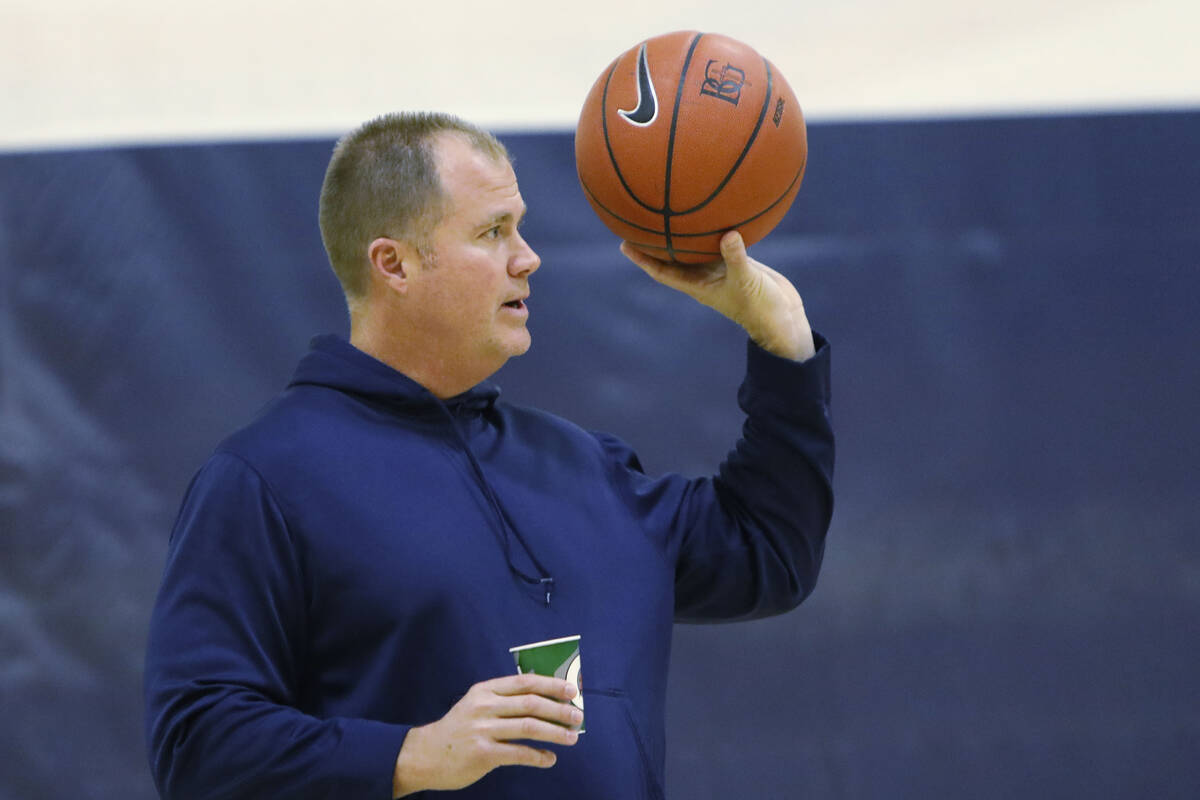 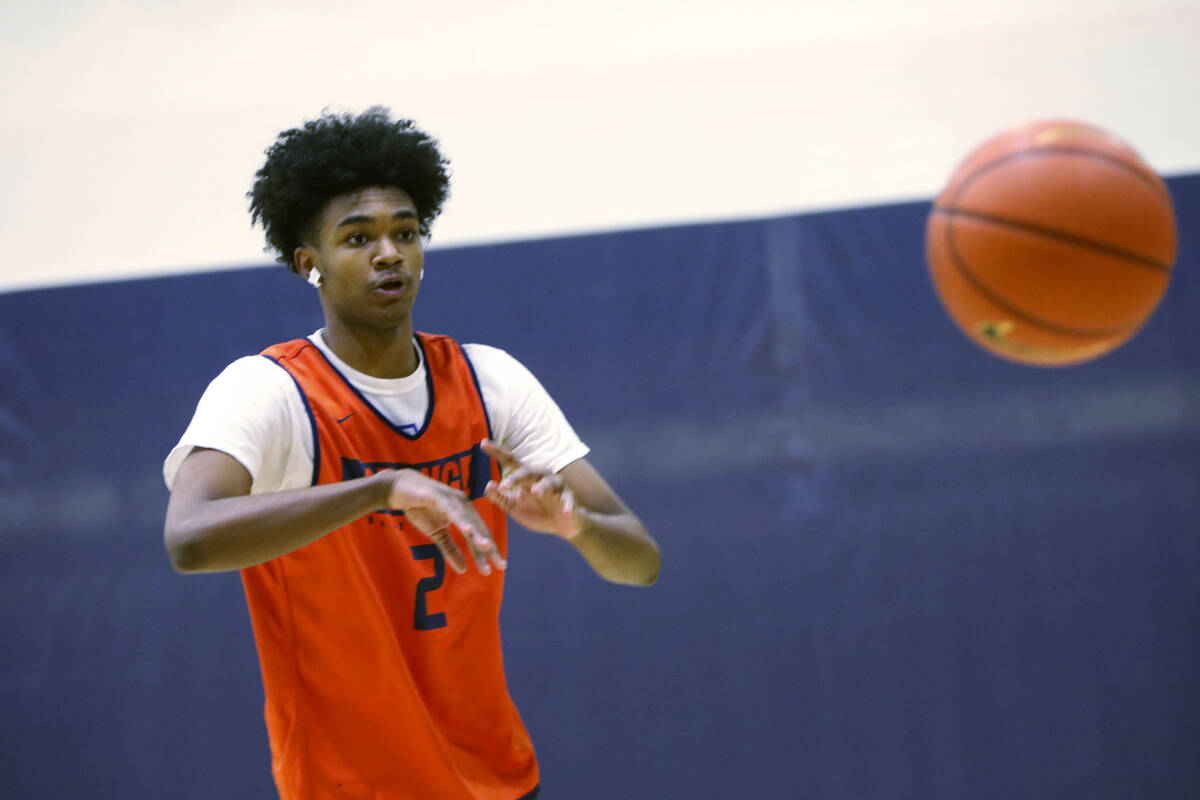 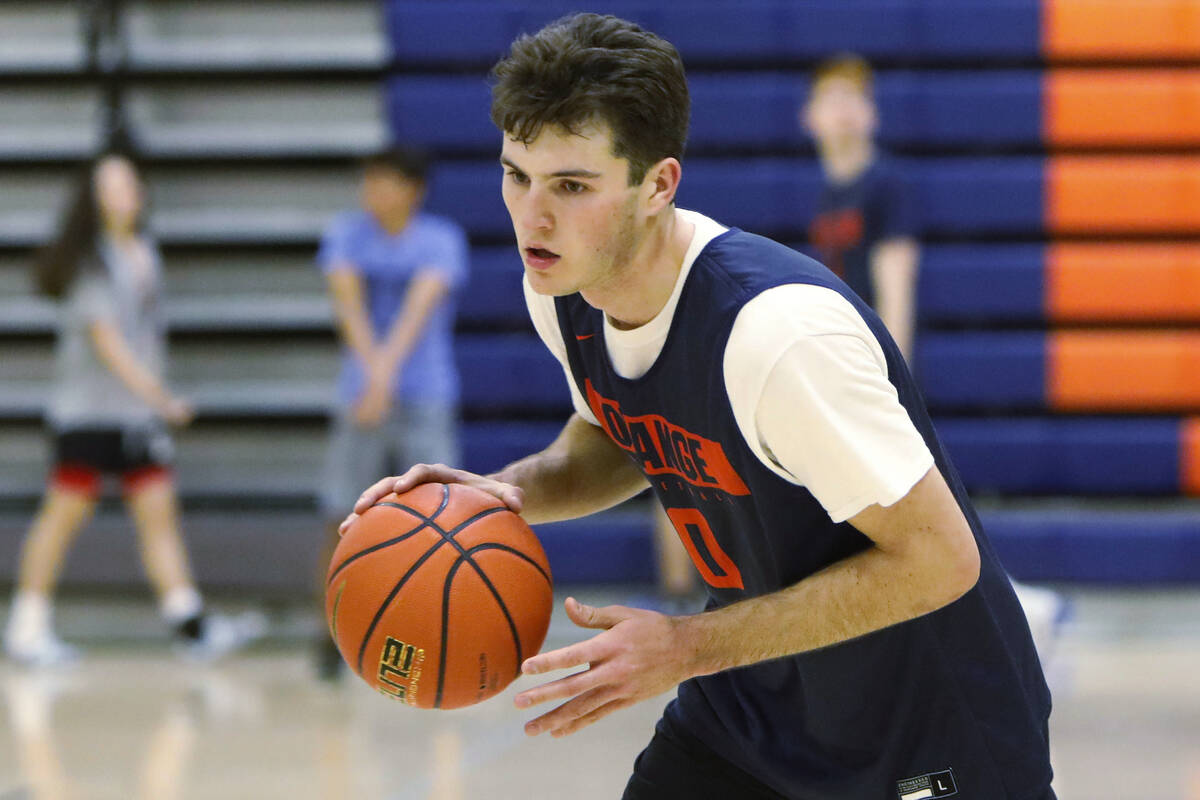 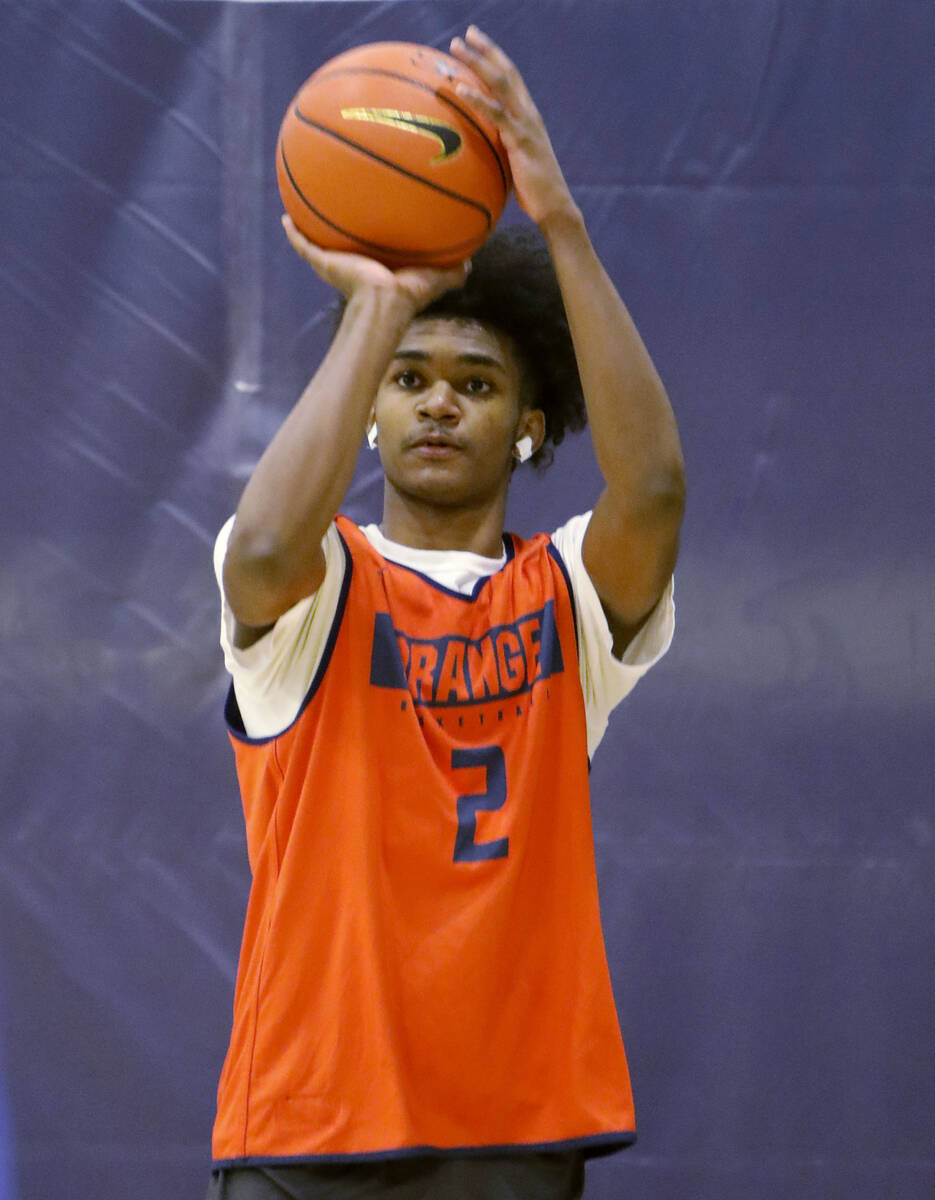 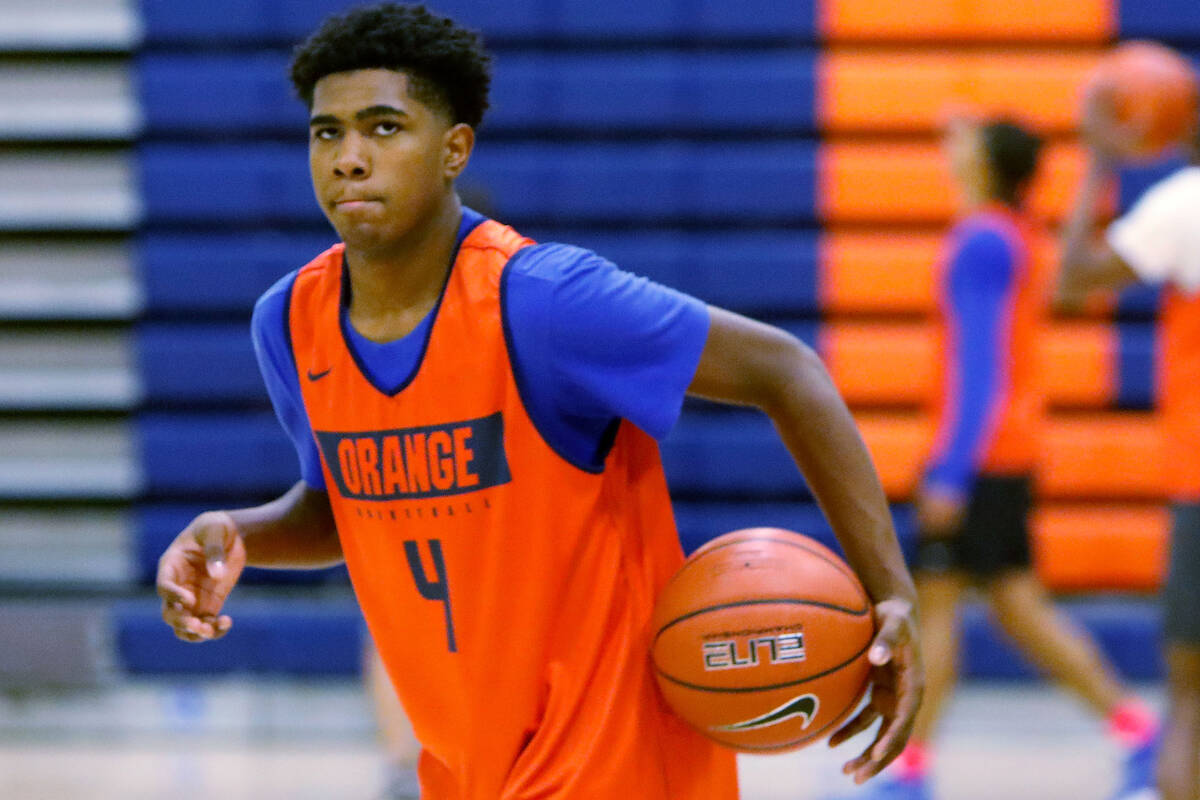 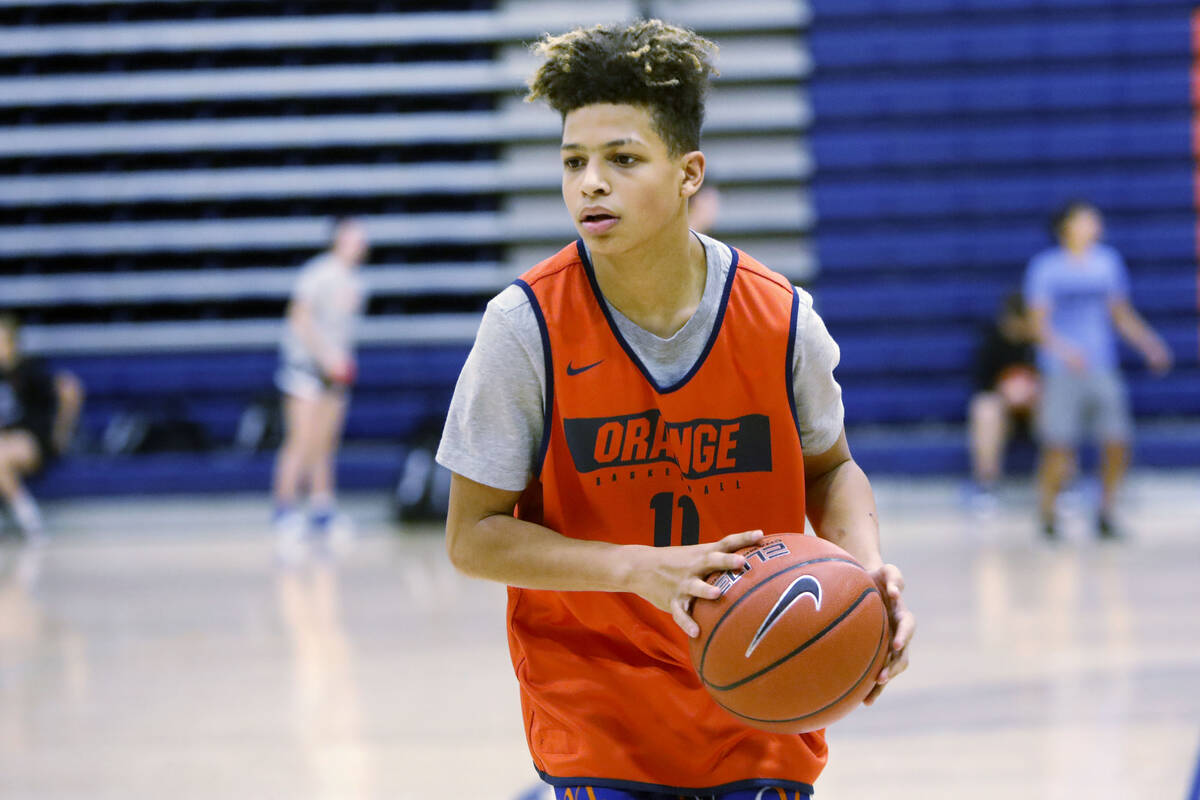 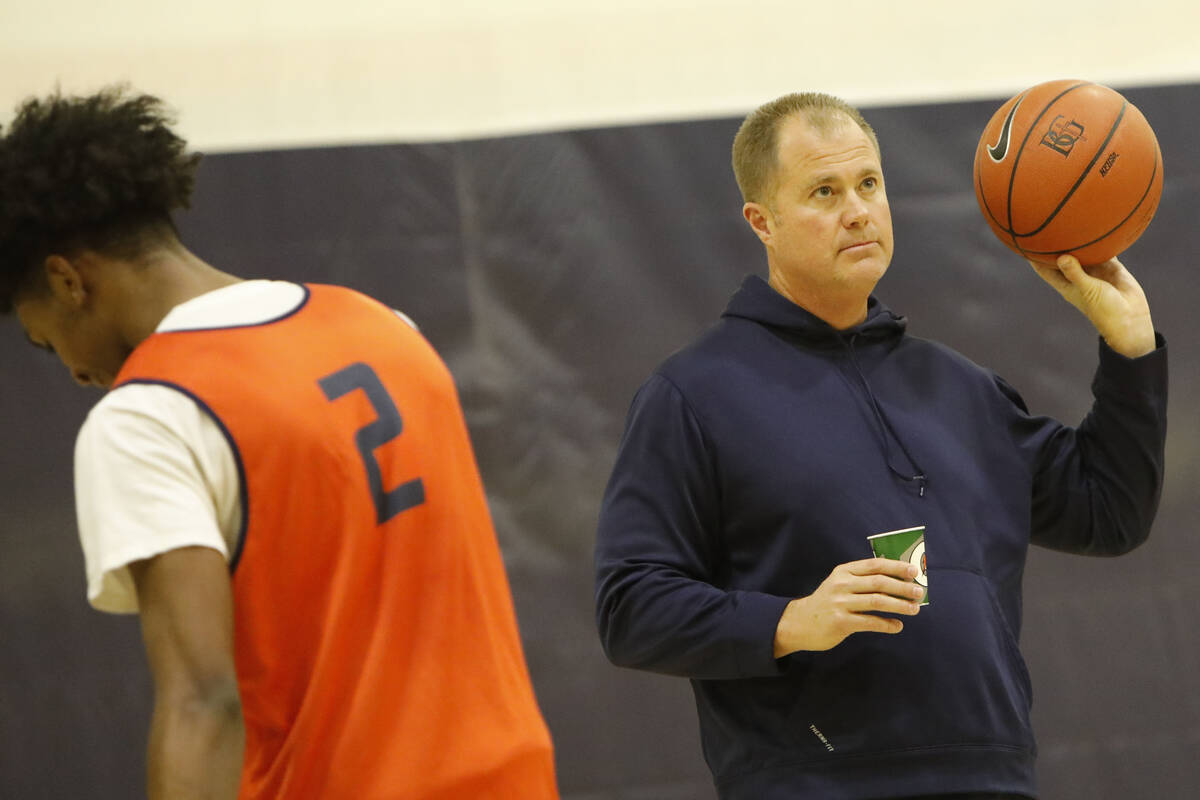 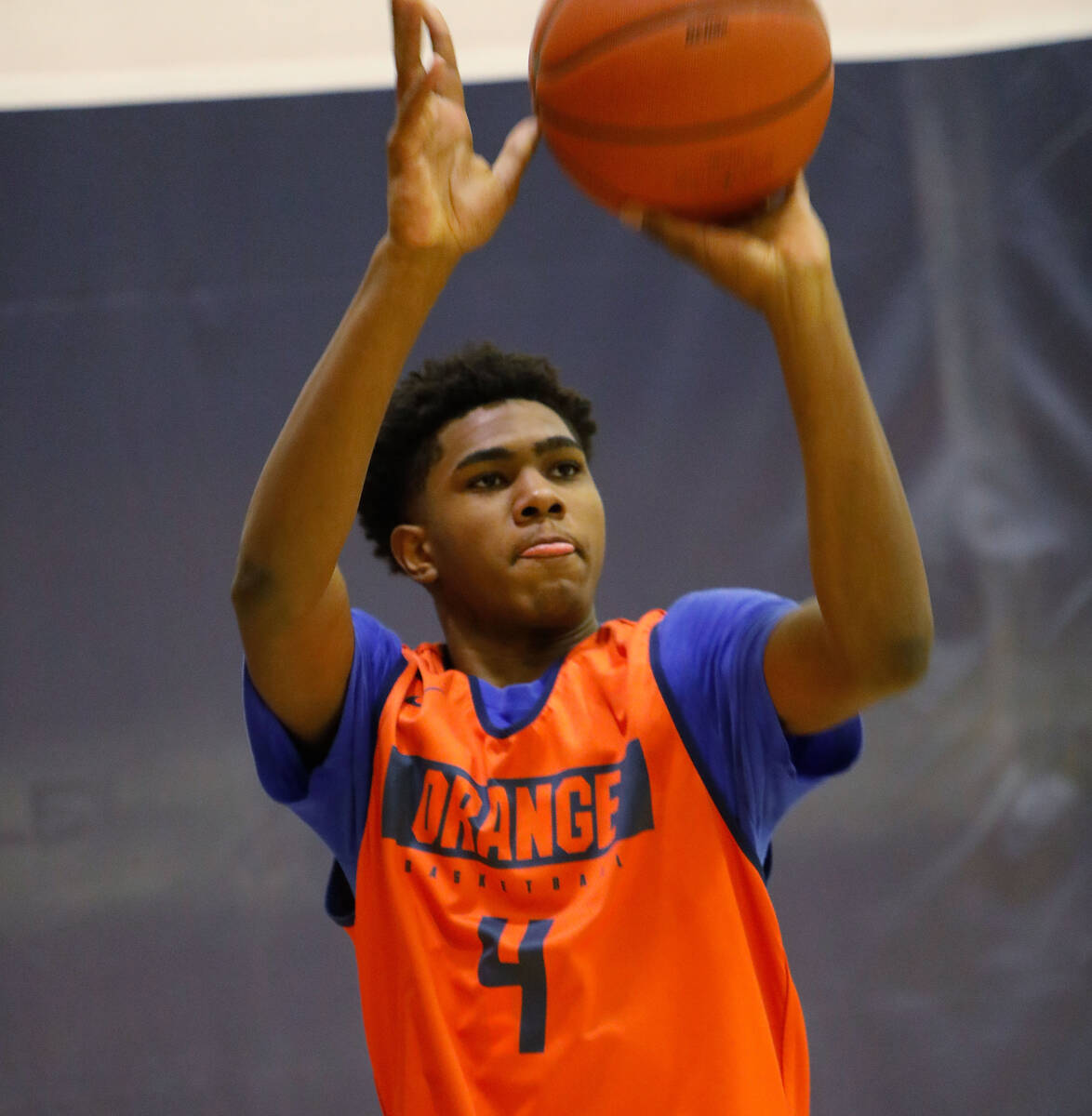 The Bishop Gorman coach recognizes that the Gaels will probably be seen as the championship favorite in the new Class 5A until somebody takes the crown away, but he doesn’t take the challenge they face lightly.

“We don’t think about being the favorites,” Rice said. “We have won (nine state titles) in a row, but there are a lot of really good teams this year. Everyone in the city agrees Gorman, Liberty, Coronado and Durango are all talented. So are some of the others in 5A.”

The talent, at Gorman and elsewhere, is undeniable in the valley.

What remains to be seen is how quickly teams can come together after the 2020-21 season was canceled.

Gorman has “a mix of ages and levels,” Rice said, with seniors Ryan Abelman, a Northern Arizona signee, and Darrion Williams, expected to be one of the team’s leaders because of his experience.

Junior Keenan Bey and sophomores Ryder Elisaldez, John Mobley Jr. and Jase Richardson are all generating recruiting buzz, as is freshman Chris Nwuli, but none of them has played a high school basketball game.

The Gaels and others have played plenty of games as club teams over the past year, but Rice said that isn’t the same.

“It gives them experience, but it’s nothing like playing real high school basketball,” Rice said. “If we win a tournament or beat somebody in the summer or fall in club, or they beat us, none of it matters. Now it counts. The guys have to understand there’s a permanent record of what we do in the high school season.”

There are plenty of reasons to believe a handful of teams could find a way to dethrone the Gaels this season.

Coronado has a prolific scorer at guard in Richard “Pop Pop” Isaacs, a Texas Tech signee. He averaged 31 points per game in the recent Border League tournament against top competition from around the country.

What makes the Cougars intriguing, however, isn’t one player. (They’ve had one of the best in recent years in Jaden Hardy, now playing in the NBA G League.) It’s the balance they have throughout their lineup.

“I think we have more threats than we’ve ever had,” Coronado coach Jeff Kaufman said. “We’ve got speed and length. We’ve got guys who can score the ball, but they’ll also share the ball.”

Durango has a pair of top talents in guard Sebastian Mack, one of the valley’s top shooters, and junior forward Shane Thomas, the son of former UNLV assistant basketball coach Derek Thomas and whose three sisters have played Division I college basketball.

The Trailblazers are also led by coach Chad Beeten, who has been through plenty of battles with Gorman over the years, including the 2018 state championship game when he was the coach at Clark.

Liberty also has title aspirations and one of the valley’s top players in Joshua Jefferson, a forward and Saint Mary’s signee who was a key contributor when the Patriots took the Gaels to the wire before falling on a buzzer beater in the 2019 playoffs.

No matter how it all plays out, teams are excited to wear their school jerseys again after so much time playing as club teams.

“We’ve been able to play almost 30 games as AirNado and games on ESPN and Fox and traveled all over the place,” Kaufman said. “But it’s much more fun being able to wear shirts, hats and our jerseys that say Coronado and represent our school.”