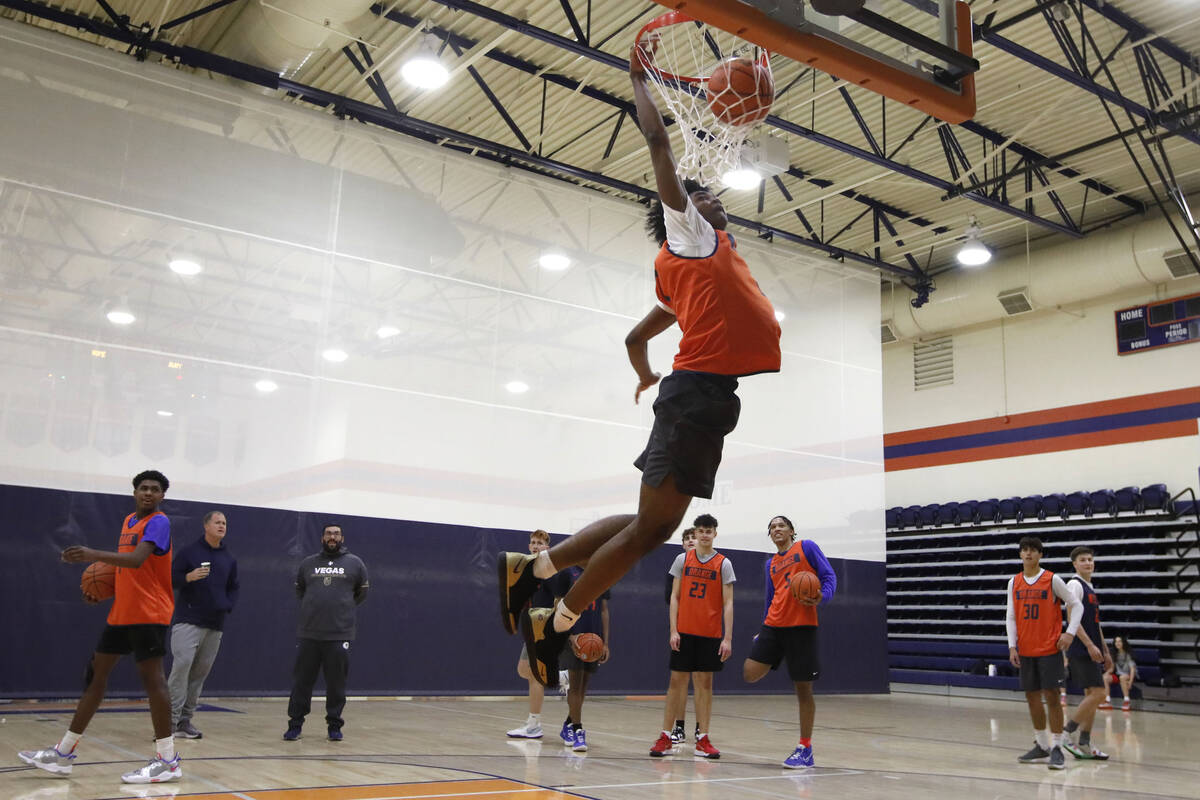 Every year at the Tarkanian Classic, Grant Rice has two goals.

The Bishop Gorman boys basketball coach wants his team to get some quality competition against teams from around the country. More important, he said, is that he runs a “high-level, first-class tournament to honor everything Coach Tarkanian did for Las Vegas.”

The Tarkanian Classic is named for late UNLV men’s basketball coach Jerry Tarkanian, who coached the Rebels from 1973-1992. He led them to four Final Fours and won a national championship in 1990. The tournament will be played for the 10th time beginning Friday at venues throughout the city.

Much of the focus in recent years has been on some high-profile players and teams from out of state that have played in the event, such as Bronny James — the son of NBA star LeBron James — and his Sierra Canyon team two years ago.

With final exams in Las Vegas this week, Rice said “teams can’t really travel, including us. But they get to play in their city, basically at home, sleep in their own beds and get some great competition before Christmas.”

On the boys side, about 30 of the 110 teams in the seven varsity divisions are from the valley.

Gorman, Coronado, Durango and Liberty will all play in the Premier Division. Gorman will try to reclaim the title after falling to Corona Centennial in the 2019 championship game after winning it the two previous years. The tournament was not held in 2020 because of COVID-19.

“It’s been a couple long years in the country, even just thinking about sports,” Rice said. “It’s great to have it back. It’s been a really good tournament for the past decade. It’s been special to run one of the best tournaments in the country. It brings a lot of people to Las Vegas, so it helps with tourism, too.”

There are 22 local girls teams out of 48 competing in the three varsity divisions. That includes some of the valley’s top teams. Gorman, Desert Oasis, Shadow Ridge and Spring Valley will vie for the Diamond championship.

The championship games for each division will be played Tuesday. The girls Diamond Division championship will be at 1:20 p.m. at Durango, while the boys Premier Division title game will be at 5:30 p.m. at Gorman.