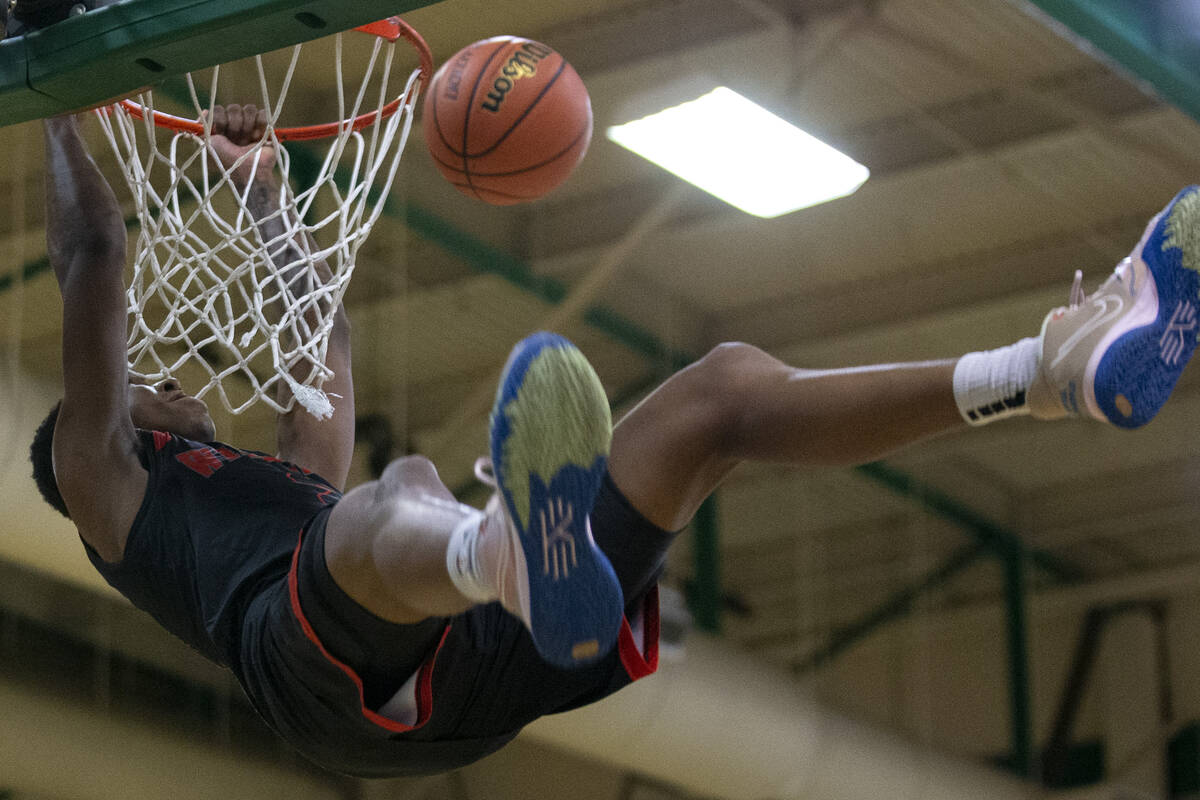 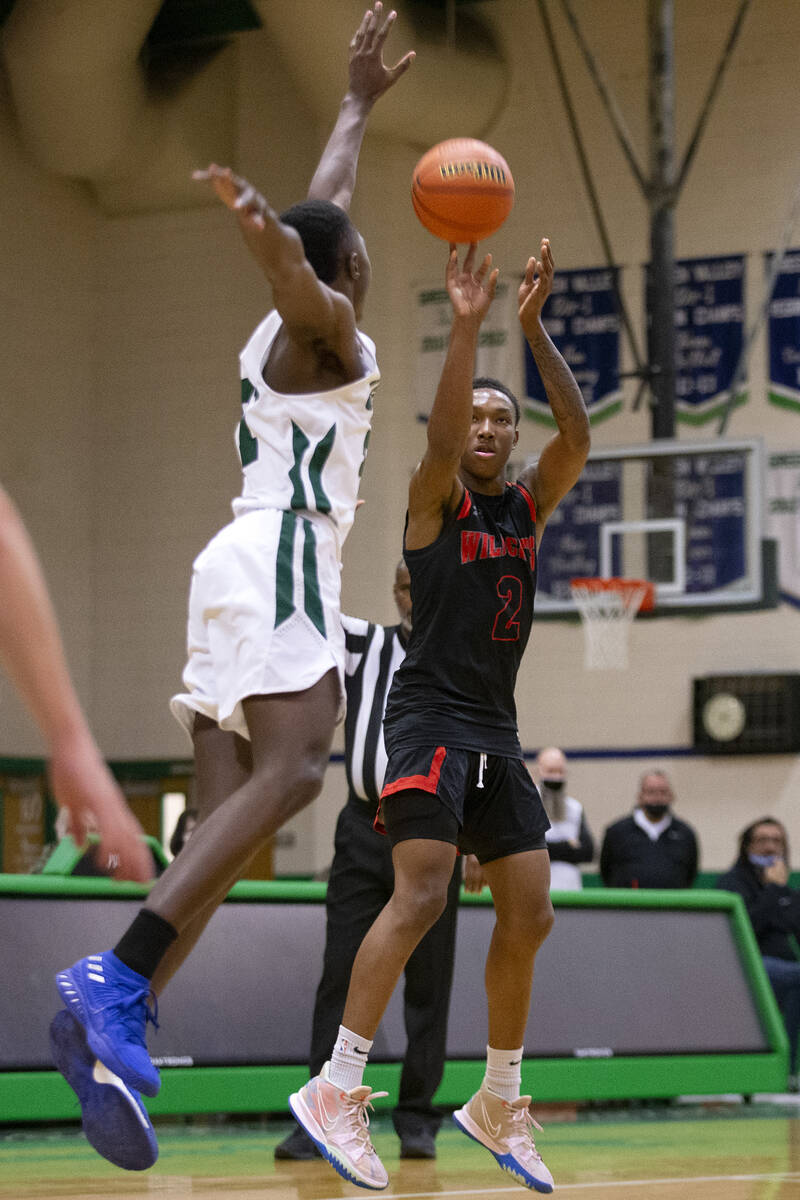 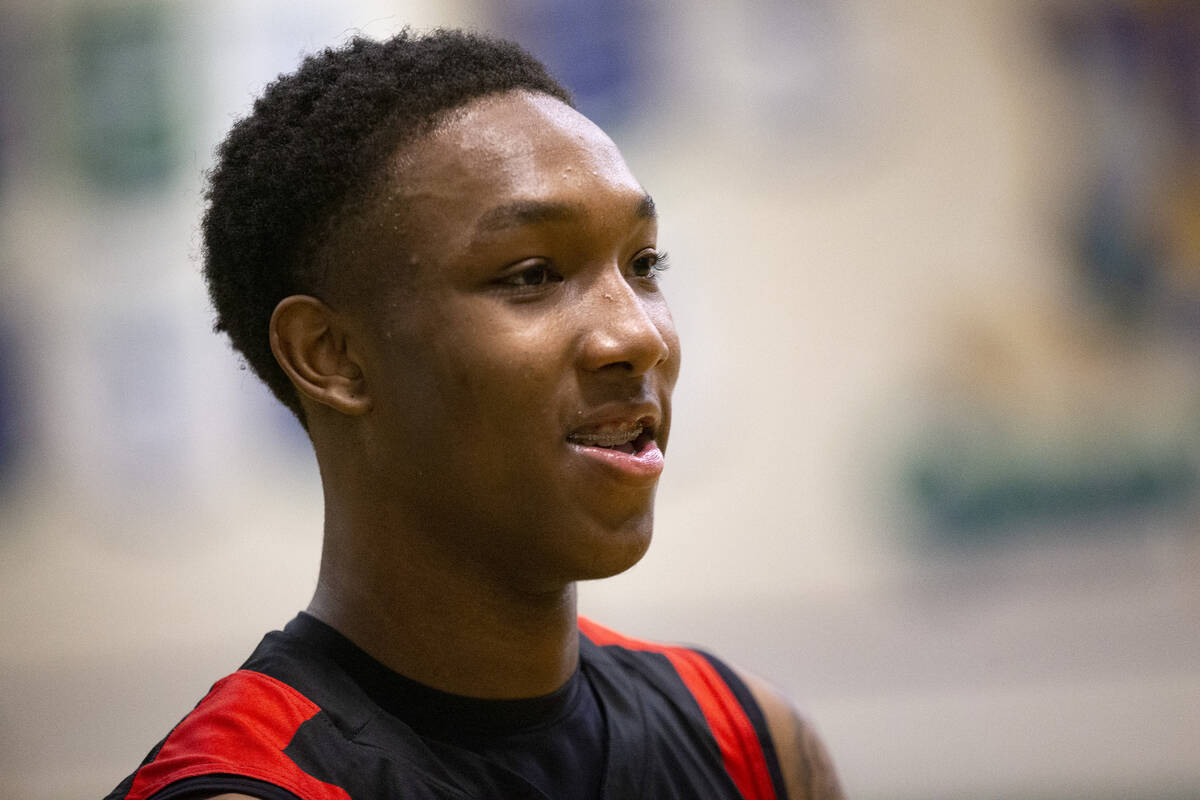 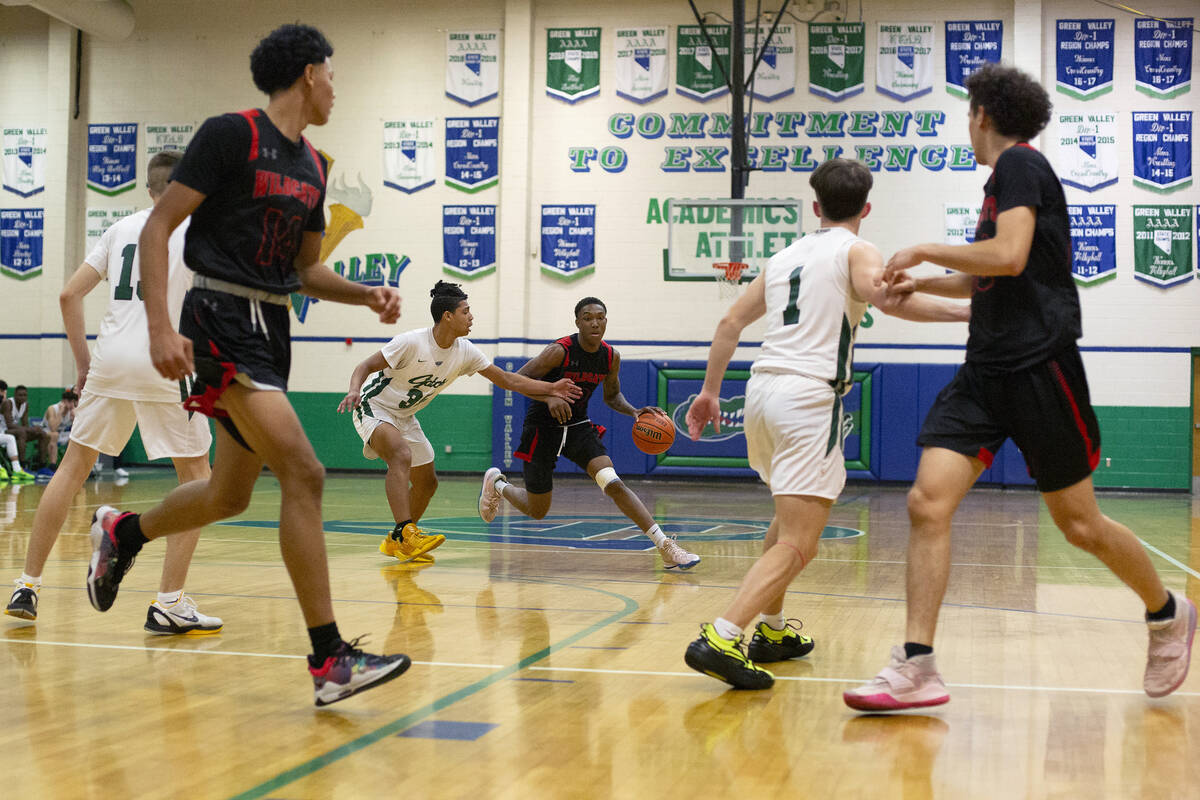 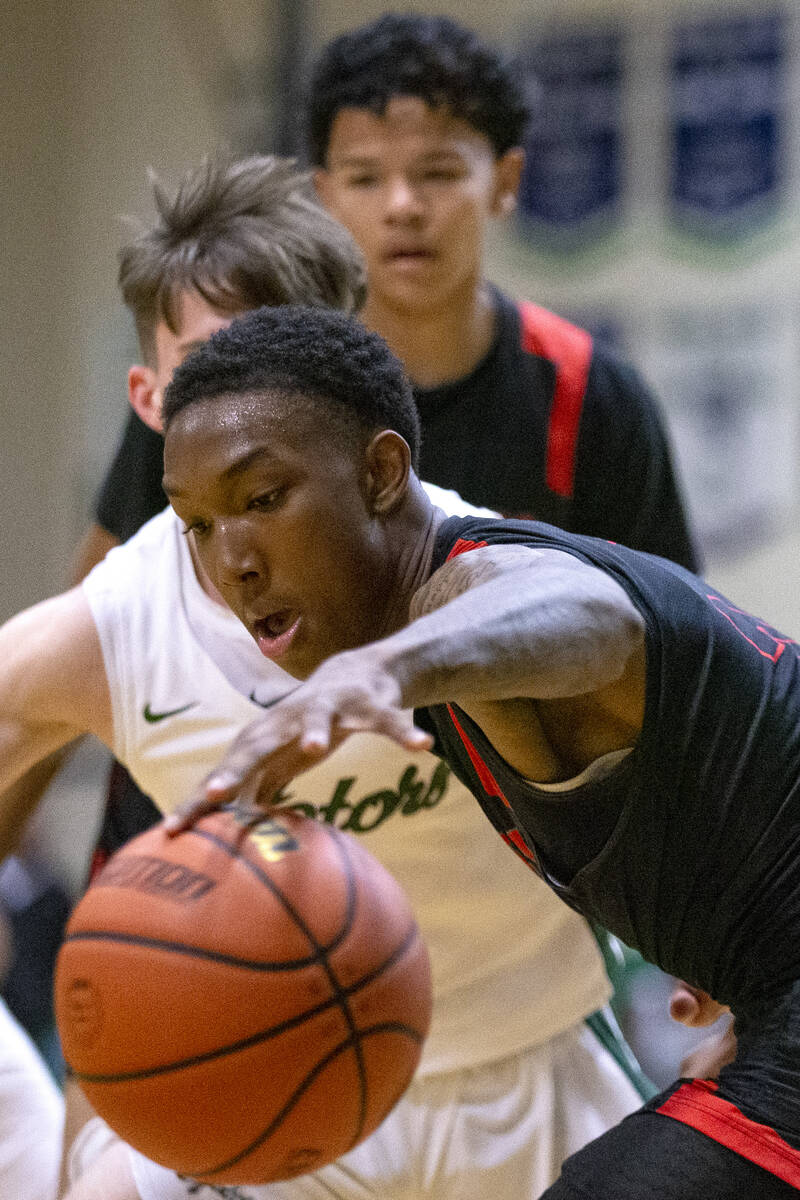 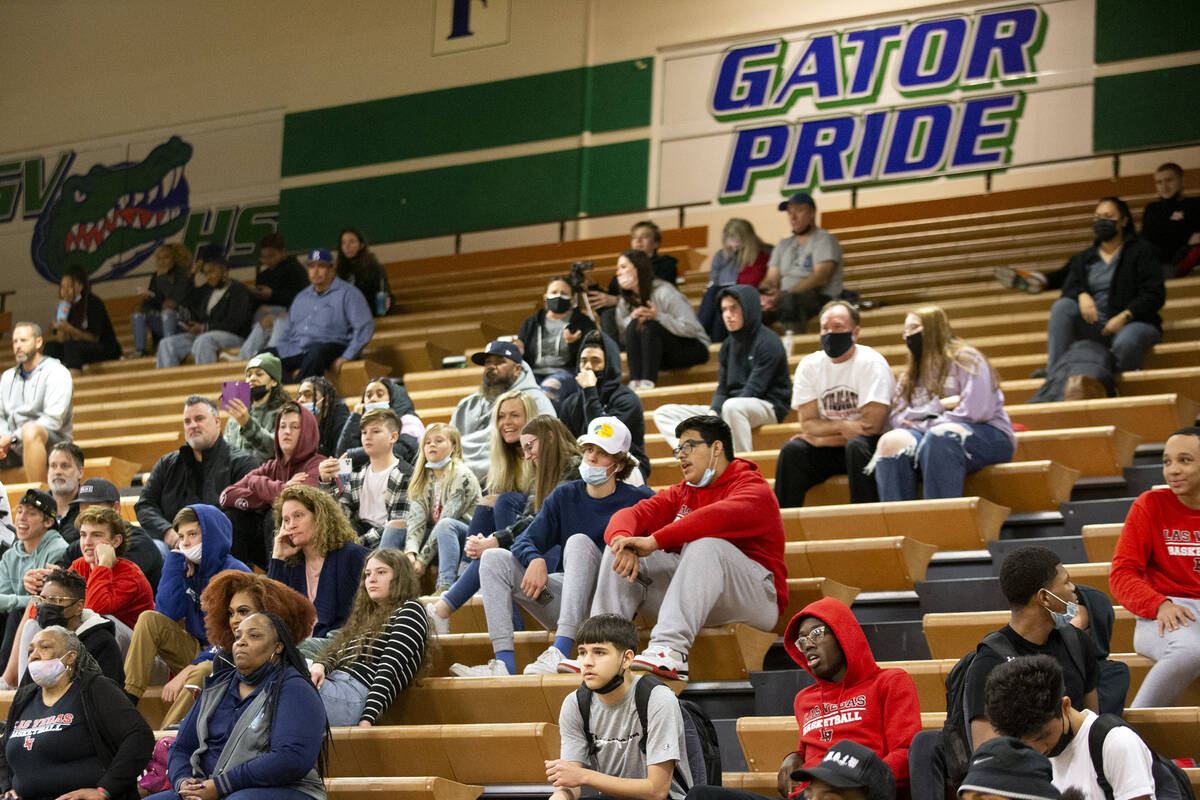 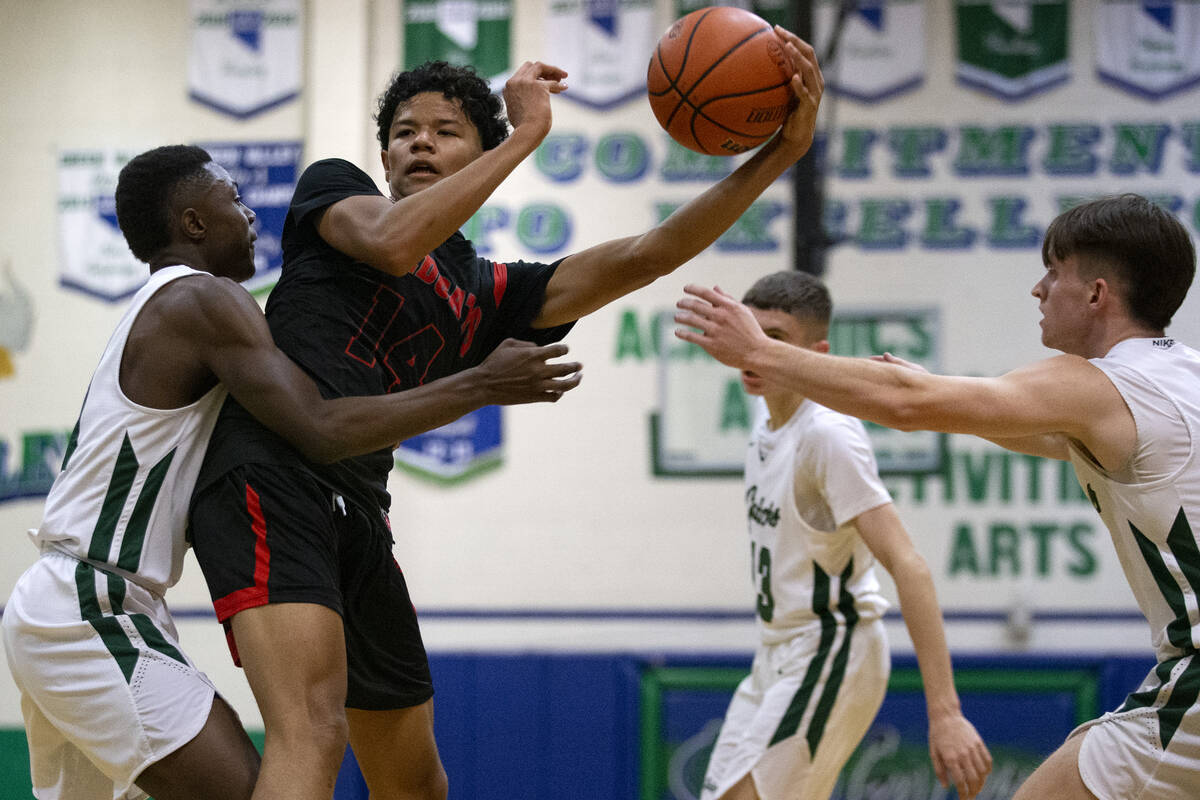 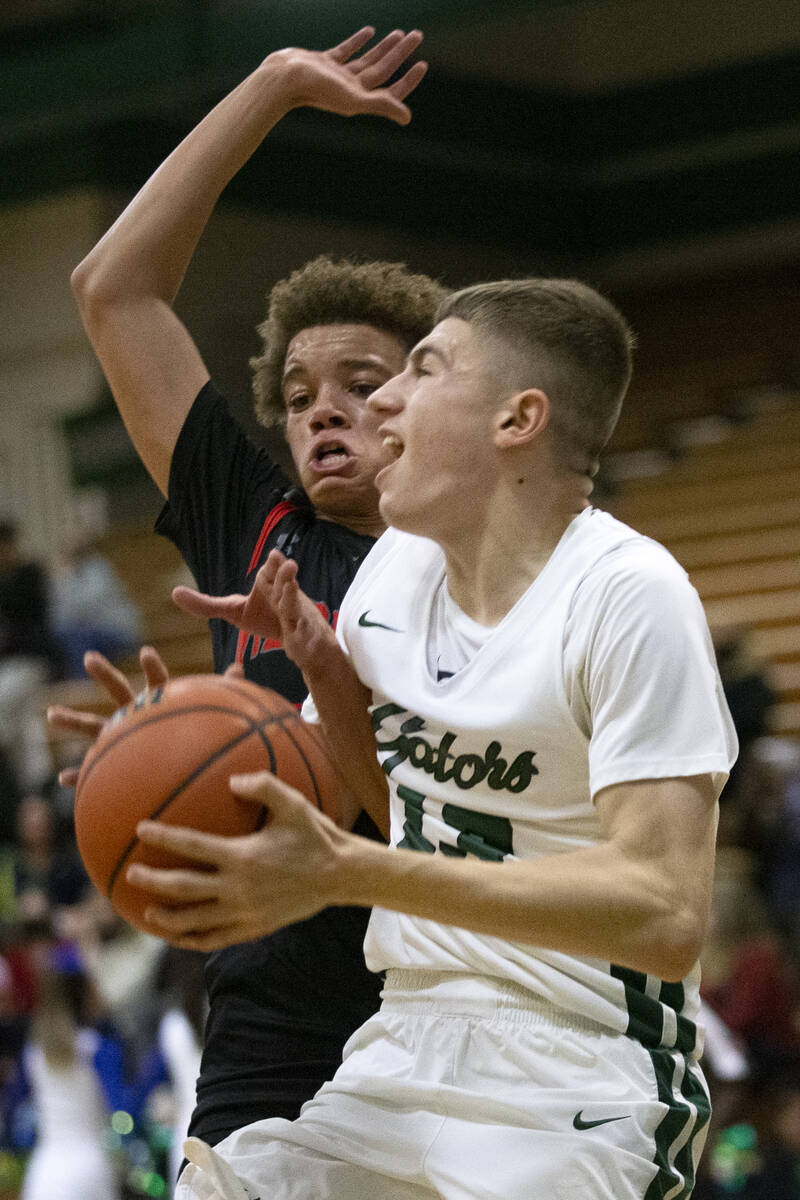 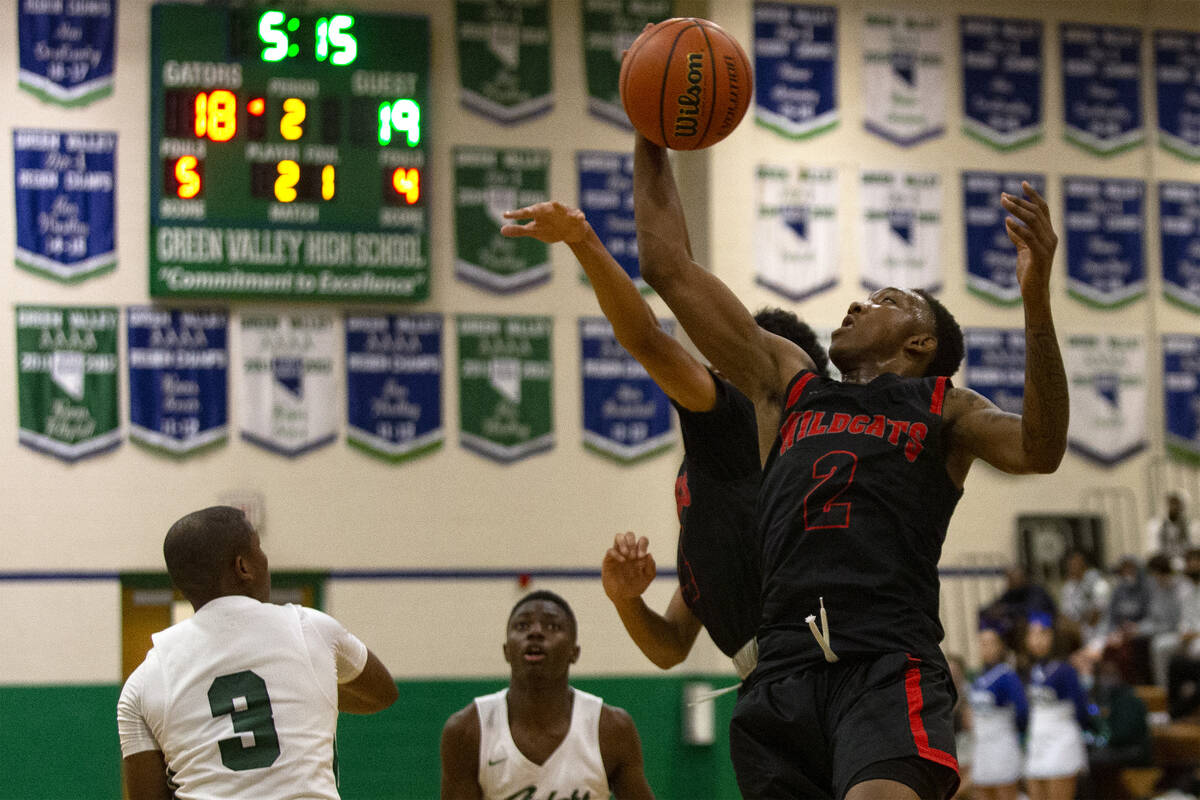 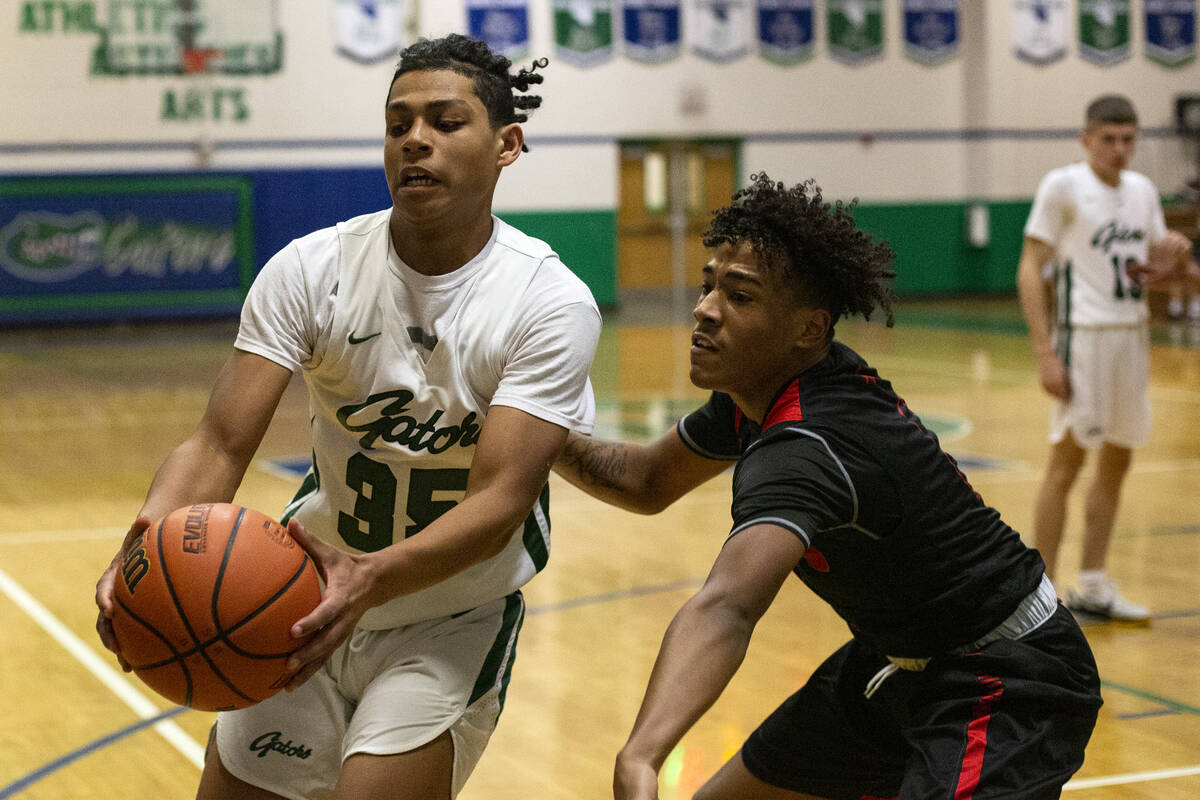 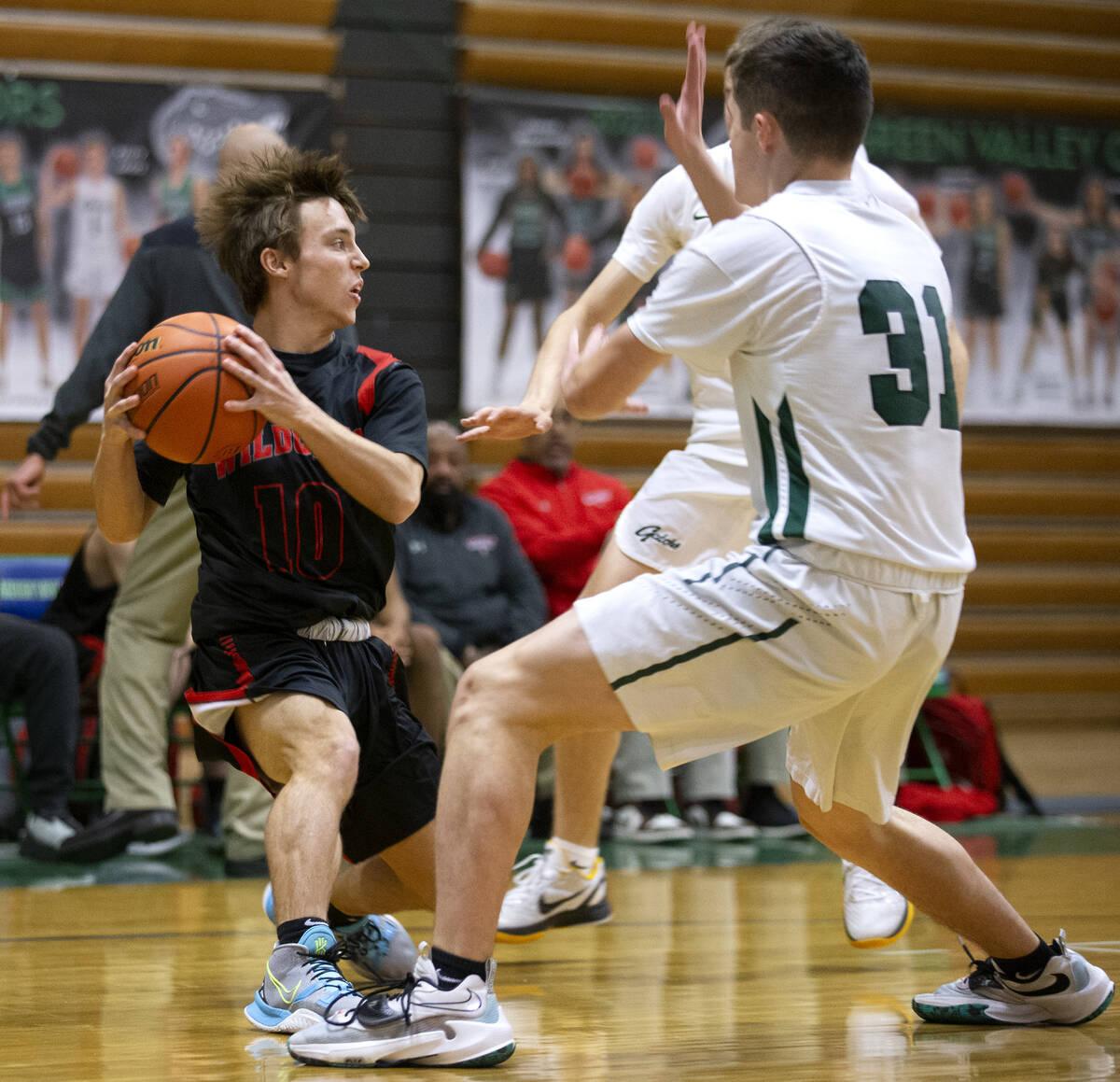 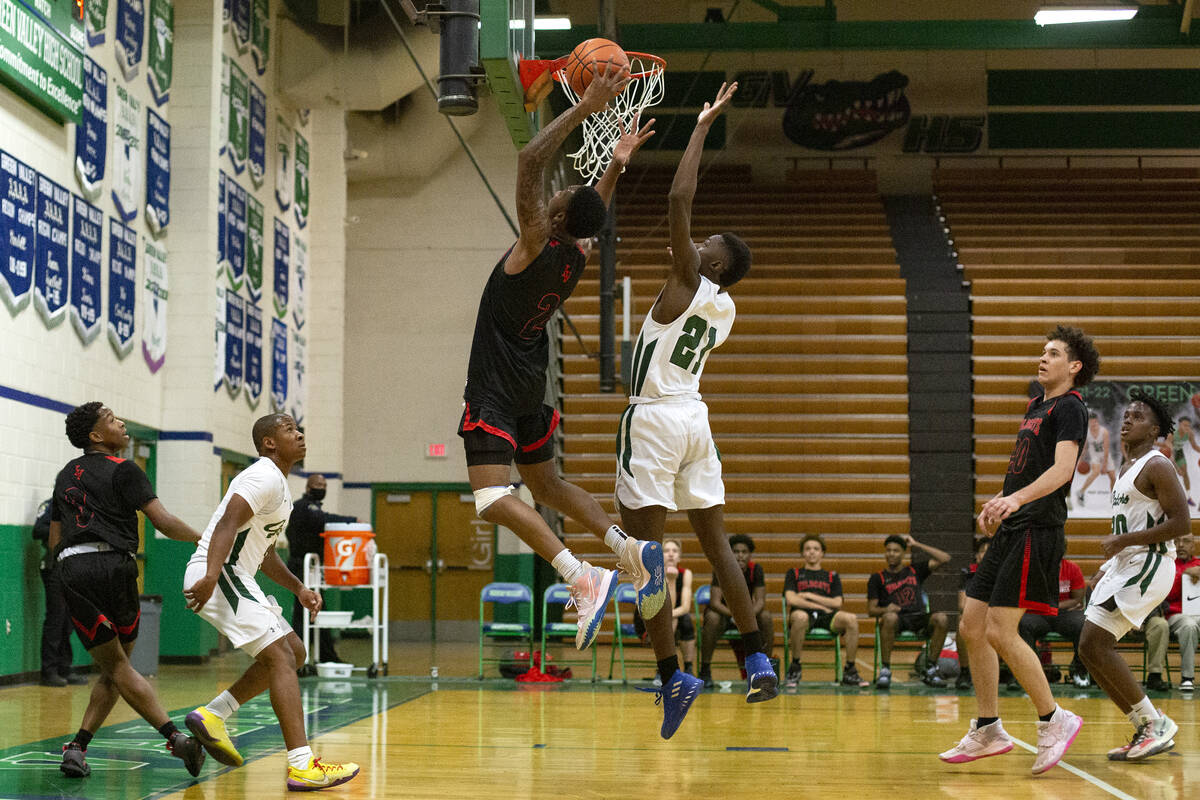 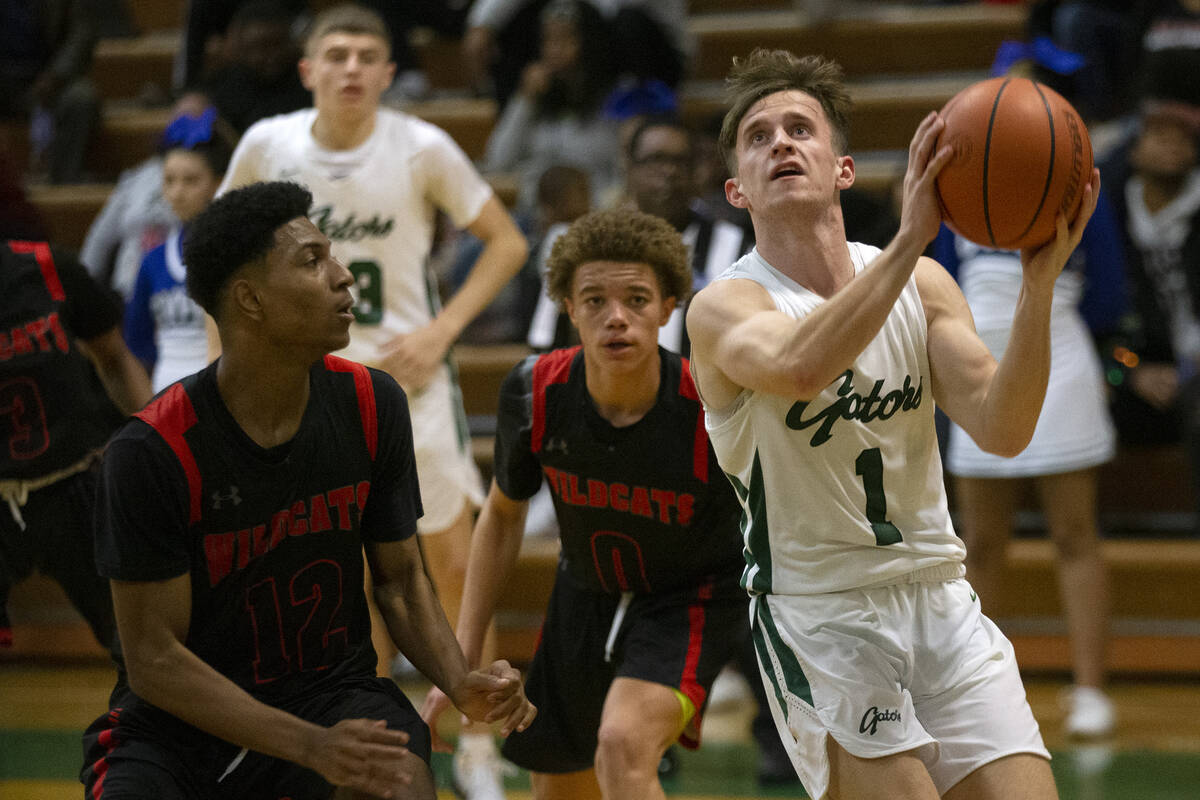 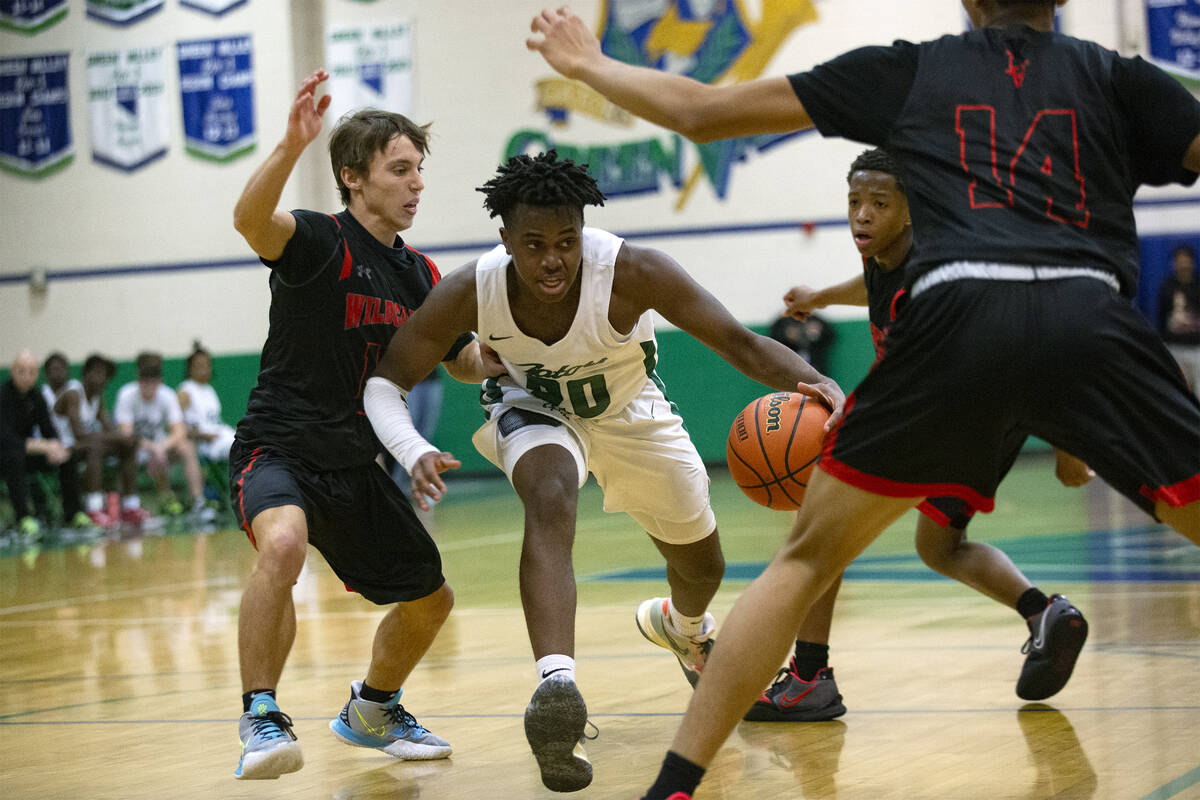 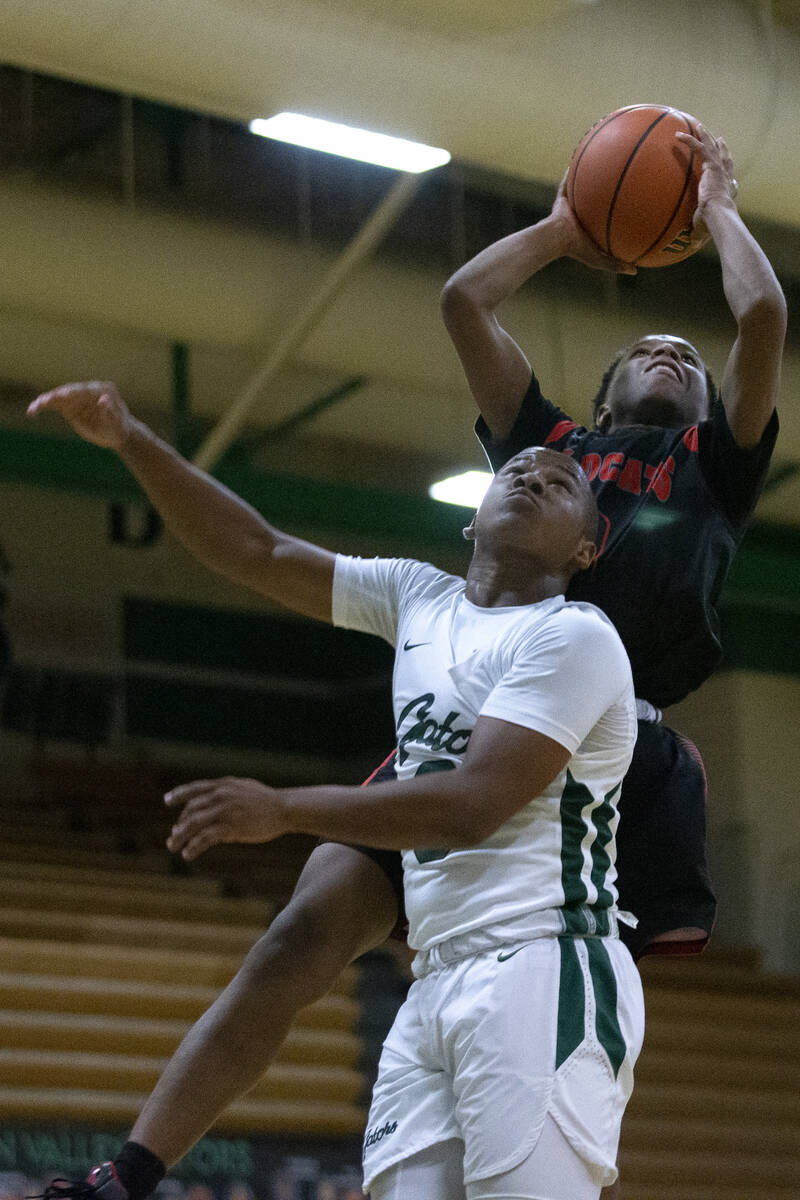 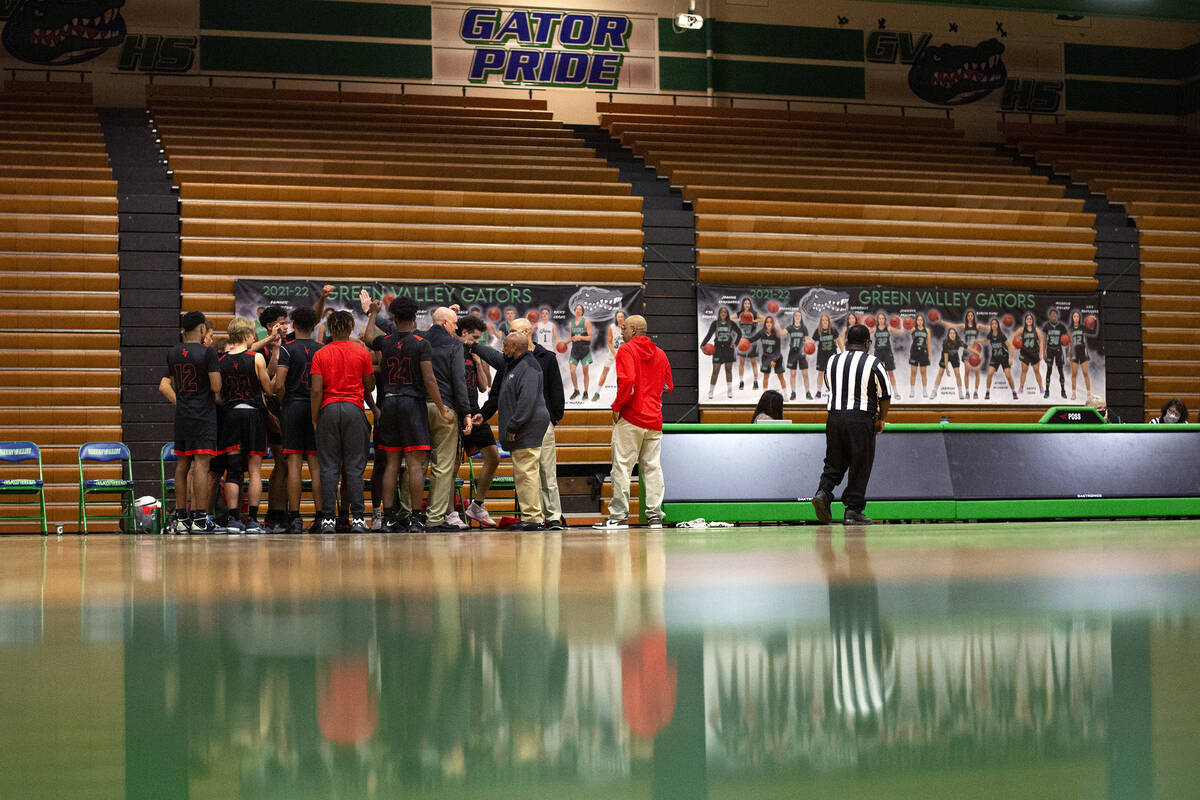 Outside of a “five-day pause” to regroup from the latest surge of the COVID pandemic, there apparently isn’t much that can stop Taviontae Jackson.

In his first game since the Clark County School District’s shutdown of classes, sports and other activities and since Jackson was nominated for the McDonald’s All-American Game, he scored 34 points to pace Las Vegas High to a 71-51 victory over Green Valley in a Class 4A Lake League game Wednesday night at the Gators’ gym.

The 6-foot-2-inch do-it-all senior scored about every which you can — long 3-pointers, midrange jumpers, an assortment of layups and putbacks including a finger roll, two thunderous dunks — for the Wildcats, who improved to 10-5 in their league opener.

Las Vegas coach Jason Wilson said when you have a player such as Jackson orchestrating the offense and controlling the backboards on both ends, it makes it a lot easier for a team to find its groove after a mandated respite.

“He’s really good, obviously, and he’s good enough to make the other guys on the team better, too,” Wilson said of the slender senior with the considerable skills. “We play hard on defense, and we’re pretty good in transition. When you hold a team to 51 points, that’s pretty good defense.”

Official statistics were not available immediately after the game. But if the video is reviewed to provide a deeper statistical review, it could well be that Jackson is credited with a triple double in points, rebounds and assists.

“He killed us on the boards; he must have had 20 rebounds,” Green Valley coach Ezra Irvin said of the difficult matchup Jackson creates.

A couple of minutes after Jackson’s windmill dunk increased the Wildcats’ lead to 56-33 and touched off trash-talking that resulted in three technical fouls, Irvin told a reserve that when he was buzzed into the game, Jackson would be his responsibility.

The player, Max Segal, looked at his coach with a blank stare as if to say, “You expect me to guard that guy?”

The victory was Las Vegas’ second over Green Valley, as the Wildcats romped 72-36 over a short-handed Gators side in a holiday tournament game in December.

“Our guys are trying to figure it out — that year off really hurt us,” Irvin said about COVID having canceled the 2020-21 season. “We forget these guys don’t have that varsity experience. Coming off this long break without practices … and coming right into this game, we didn’t have a lot of time to make adjustments.”

All boys and girls basketball games were played as scheduled Wednesday.

5
Shadow Ridge, Legacy to meet in 4A state baseball showdown