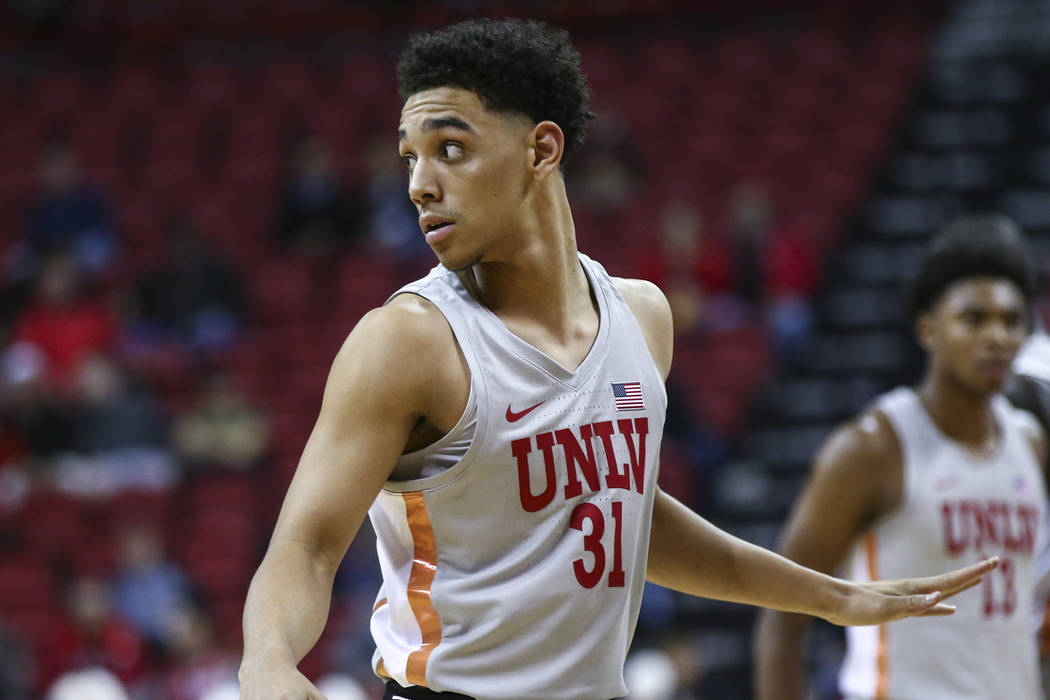 UNLV Rebels guard Marvin Coleman (31) enters the court during the second half of a basketball game against the UC Riverside Highlanders at the Thomas & Mack Center in Las Vegas on Tuesday, Nov. 13, 2018. Chase Stevens Las Vegas Review-Journal @csstevensphoto

UNLV coach T.J. Otzelberger has given his final basketball scholarship to Marvin Coleman, who walked on to the team as a freshman last season.

Congrats to Prospects' Marvin Coleman II. who signed his official scholarship papers with the UNLV Rebels for the 2019-2020 season. Let's go Marv!

Otzelberger’s decision to give Coleman the last scholarship could signal recruiting is finished for this year’s class. He also could create room by encouraging a bench player to enter the NCAA transfer portal if there is a recruit available that Otzelberger wants.