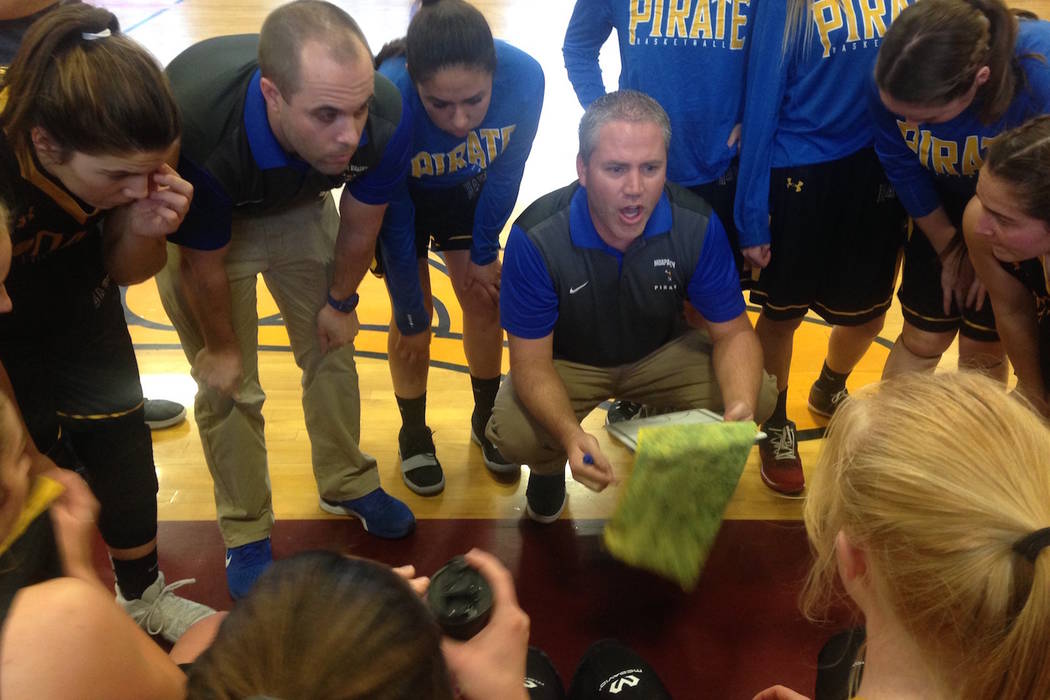 Moapa Valley’s girls basketball team certainly is happy about that.

The Pirates suffered through one of their more anemic offensive efforts in recent memory Saturday, yet found a way to scratch and claw to a 29-24 overtime win over Pahrump Valley in the Class 3A Southern Region semifinals at Del Sol.

Moapa Valley (19-9) will face Boulder City (21-7) for the region title at 5 p.m. Monday at Del Sol. Both teams advance to the state tournament, which begins Friday at Orleans Arena.

“We knew it was going to be an ugly, defensive battle,” Moapa Valley coach Brandon Jones said.”I’m just excited that we are able to get back to the state tournament.”

Moapa Valley was 5-for-37 from the field with 10 turnovers through the first three quarters Saturday, yet took a 12-11 lead into the fourth quarter.

Ashlyn Western’s second-chance basket with 1:34 to play in the fourth quarter gave the Pirates a 21-18 lead, but Pahrump’s Kathryn Daffer banked in a jumper with 35 seconds left and teammate Makayla Gent split two free throws with 13.2 seconds to go to force overtime.

Moapa Valley missed the front end of two 1-and-1 opportunities in the final minute that could have secured the win.

Emma Humes scored four of the Pirates’ eight points in overtime, with her jumper giving Moapa Valley a 27-24 lead with 44 seconds left.

“That girl is fearless,” Jones said. “She’s our only freshman. I’m excited for the next few years to have her.”

Lainey Cornwall had the other four Moapa Valley overtime points and capped the win with two free throws with 14.8 seconds to play.

Moapa Valley played well defensively, holding Pahrump (21-13) to 4-for-40 from the field over the final three quarters and overtime. The Pirates also forced 26 turnovers.

“Our Achilles heel this year has been when we struggle on offensive, we tend to let that affect us on defense,” Jones said. “Tonight, the girls kept up the defensive effort the whole game.”

Boulder City 50, Mojave 28 — Keely Alexander scored 19 points, and the Eagles held the Rattlers scoreless for the first 8:25 of the second half to cruise into the final.

Alexander had 13 points in the first half as the Eagles jumped to a 31-18 halftime lead.

The Eagles then started the second half on a 10-0 run to eliminate any doubt.

“We’re just worried about competing and the next game up,” Estes said. “The girls have said that all year long. The wins and losses will take care of themselves, just come out and compete every game. They come out with everything they have every game.”

Essence McRae and Chania Scott each had seven points for Mojave.