Bishop Gorman’s girls struggled to find the basket for most of Tuesday’s game against Spring Valley.

When the Gaels made shots, they came in bunches, with Bentleigh Hoskins hitting the one that mattered most.

“That was one of the first things I wrote on the board was league title, and that’s what we’re looking for,” Gorman coach Kevin Nixon said. “To get that, we had to win this game. If we lost, basically the title was out.”

But the Grizzlies (17-4, 6-1) weren’t done. They went on a 9-0 run, highlighted by a Kiana Turenne three-point play and Riahana Davis’ steal and layup, that pushed the Grizzlies in front 52-49 with 25 seconds to go.

Gorman got within one on two Jordan Kruljac free throws, and the Gaels then fouled Spring Valley’s Aaliyah Gayles. Gayles, who led all scorers with 16 points, missed both free throws.

“We told them even if she made one of the free throws to try and get a two-pointer,” Nixon said. “We were just trying to get a nice look, and that’s typically what we do at that time of the game. We put it in Bentleigh’s hands to create something and get a wide-open shot.”

The win puts the Gaels a game behind Spring Valley and half-game behind Desert Oasis (13-2, 5-1). The home team has won each head-to-head meeting among those three teams, including Spring Valley’s 77-73 victory over Gorman on Dec. 11.

It was a back-and-forth game, with Gorman going through long spells without a basket. The Gaels didn’t make a shot in the second quarter until Kruljac and Hoskins made 3-pointers and Reina Bell had a short putback in the final 38 seconds.

They went more than a full quarter without a basket — from 6:41 of the third quarter to 5:03 of the fourth — but made seven the rest of the way.

“It’s growth. We’re a young team,” Nixon said. “Bentleigh and Jordan Kruljac played great games, but we played two freshmen and mostly juniors. The girls are starting to mature and not get down when we get down.”

Davis finished with 15 points for Spring Valley, which next plays Monday at Desert Oasis. Gorman will host Desert Oasis in the regular-season finale Feb. 7. The Diamondbacks cruised past the Gaels in the first meeting, 64-41 on Jan. 13.

Sebastian Mack scored 30 points, and Durango had an answer every time Faith Lutheran made a run in a 78-66 win in the first round of the Class 4A state tournament. 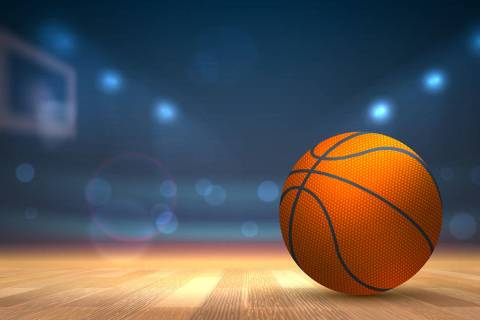 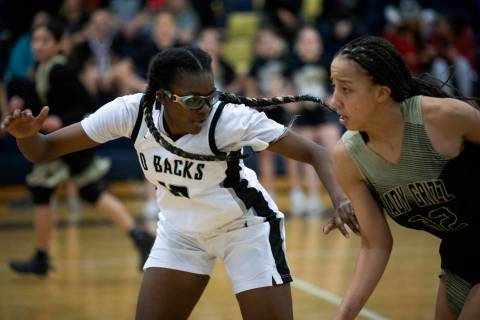 The schedules and results (when available) are here for the girls basketball region tournaments in Southern Nevada.