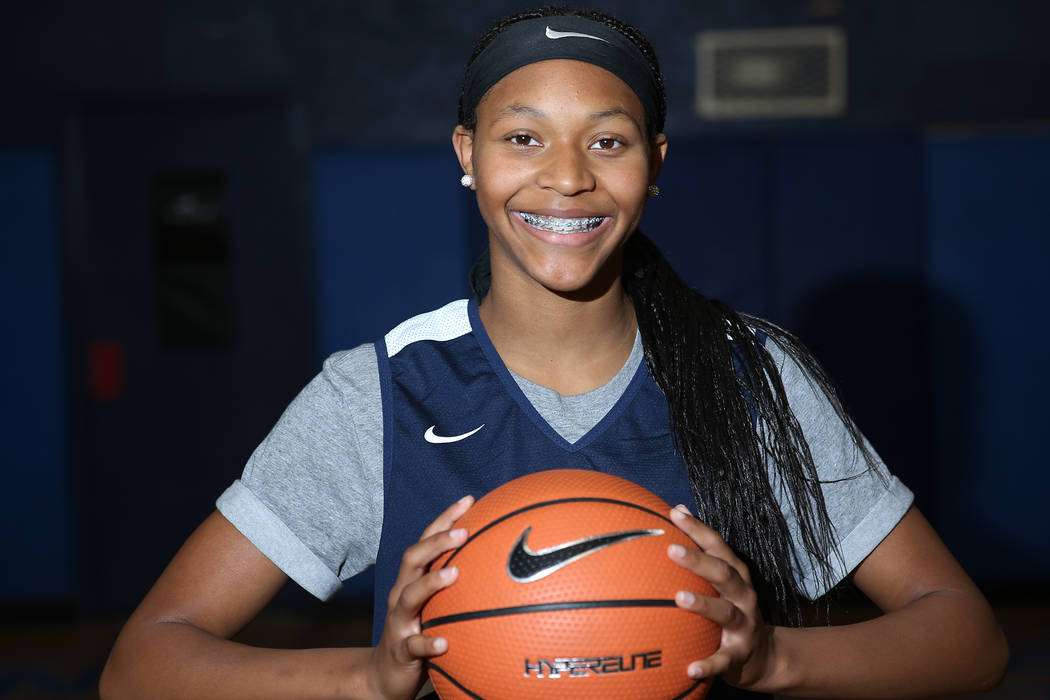 Centennial junior point guard Taylor Bigby attended a football game at the University of Oregon during an unofficial visit to the school last weekend.

She’ll be at plenty of women’s basketball games in the next few years as well.

Bigby, a five-star recruit ranked No. 23 in her class by ESPN, announced her commitment to play for the Ducks on Sunday night via Twitter. Her commitment is non-binding and won’t be official until she signs a national letter of intent during her senior season.

But Bigby didn’t see a point in waiting to commit, knowing full well where she wanted to be.

“Why keep entertaining all of these other coaches if I know where I want to go?” she said. “Now,I can work on parts of my game that I want to get better.”

Bigby emerged during her freshman season as a high-major prospect and was personally recruited during the last two years by Ducks coach Kelly Graves. She averaged 12.5 points, 4.3 rebounds, 1.5 assists and 2.6 steals during her sophomore season while playing several positions for the Bulldogs en-route to first-team all-state honors and a Class 4A state championship.

All while building a relationship with Graves that she says solidified her commitment.

Bigby at 6-feet has prototypical size and athleticism at the point and developed a versatile set of skills while playing other positions at Centennial. She creates for herself and others from the perimeter, and can effectively defend guards and forwards.

The Ducks play four perimeter players around one post player, so she’ll likely have the opportunity to play multiple roles at the next level. Oregon was among the country’s most productive and efficient offensive teams last season, and Bigby said she’s focused on improving her jumper before she arrives on campus.

“On top of what she does (working out) with her high school, she puts in an extra eight or 10 hours a week on her own,” said her father, Lamar, who founded the Las Vegas Knicks club basketball program. “That was the biggest part of this whole thing.”

Gaels senior shooting guard Noah Taitz announced his commitment to Stanford on Saturday night, also via Twitter. His commitment is also non-binding and won’t be official until he signs a national letter of intent next month.

Taitz is the No. 92 player his class and state’s third-ranked senior, per ESPN. He chose the Cardinal from a group of six finalists that included Brigham Young, Saint Mary’s, San Diego State, USC and Washington.

He averaged a team-high 15.6 points as a junior and was named all-state third-team after leading Gorman to the Class 4A state championship.