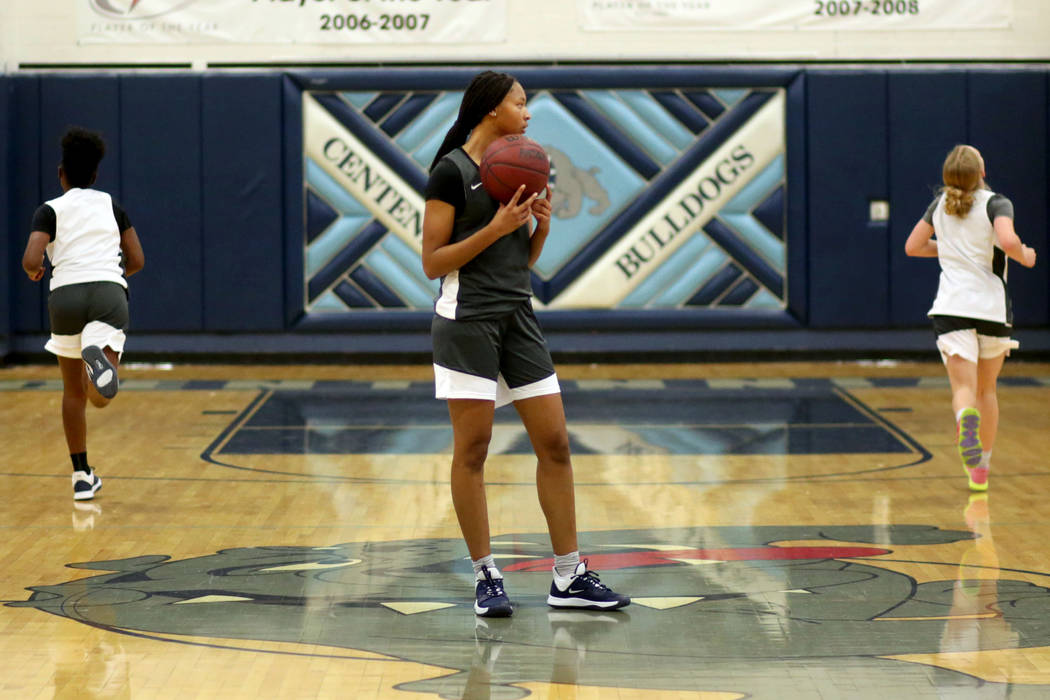 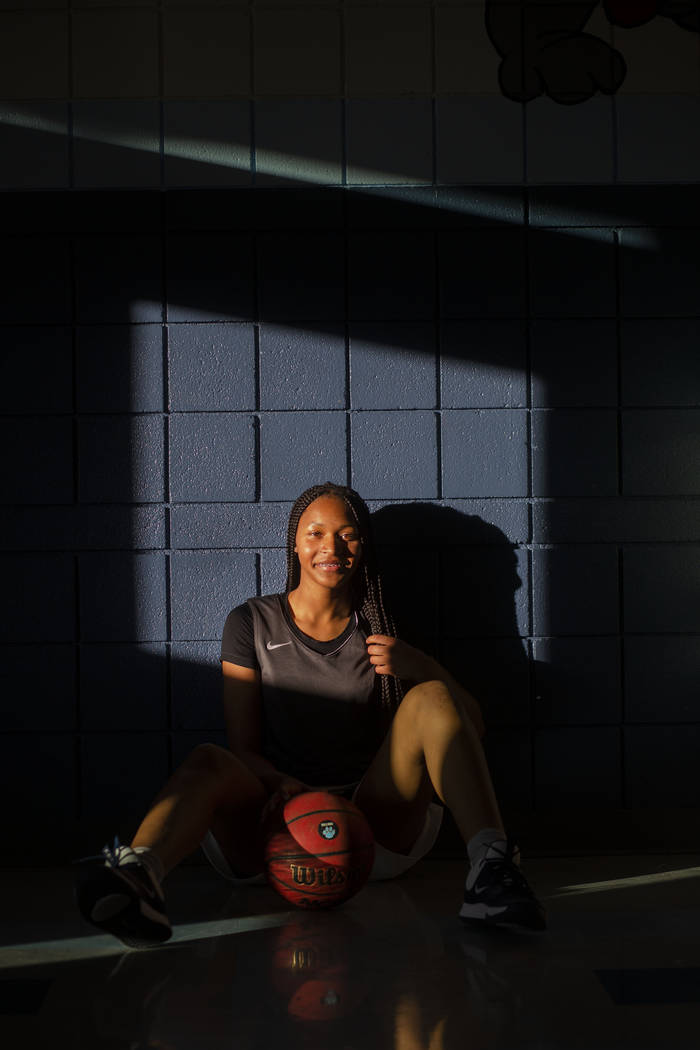 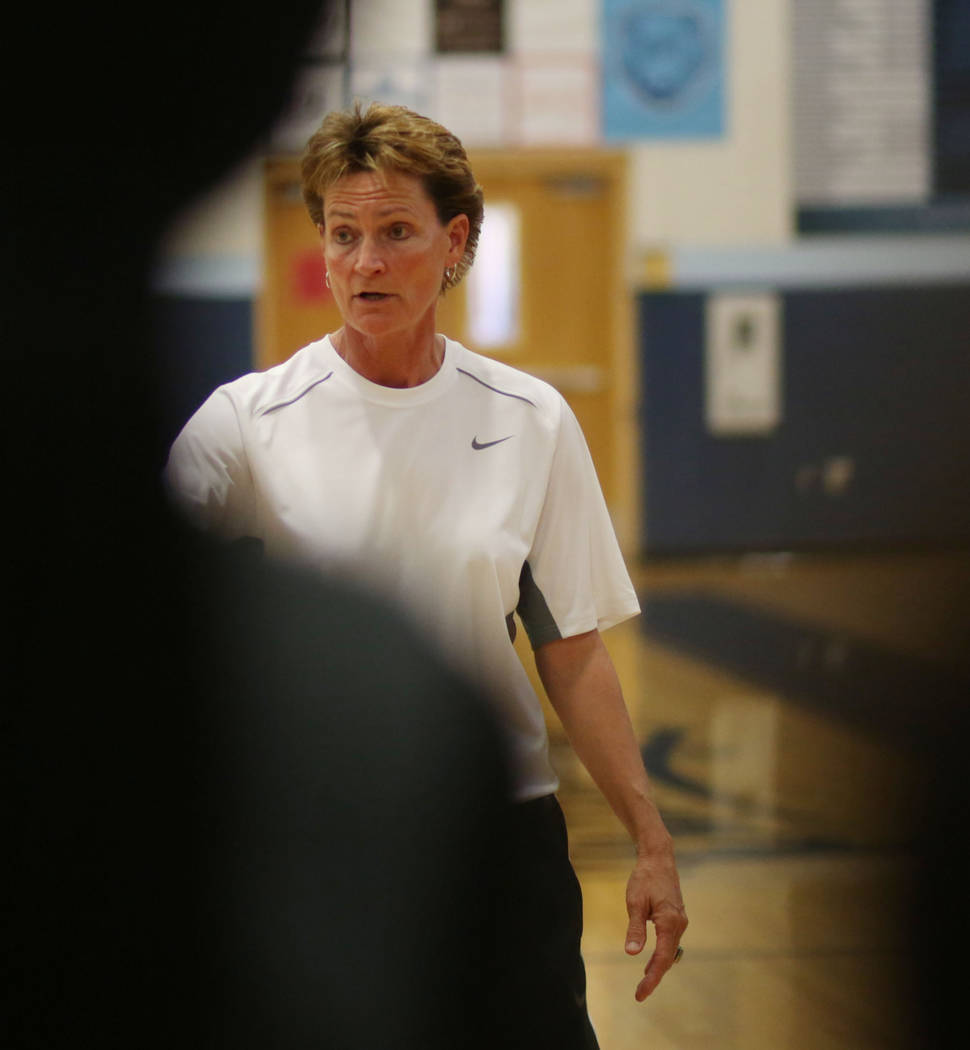 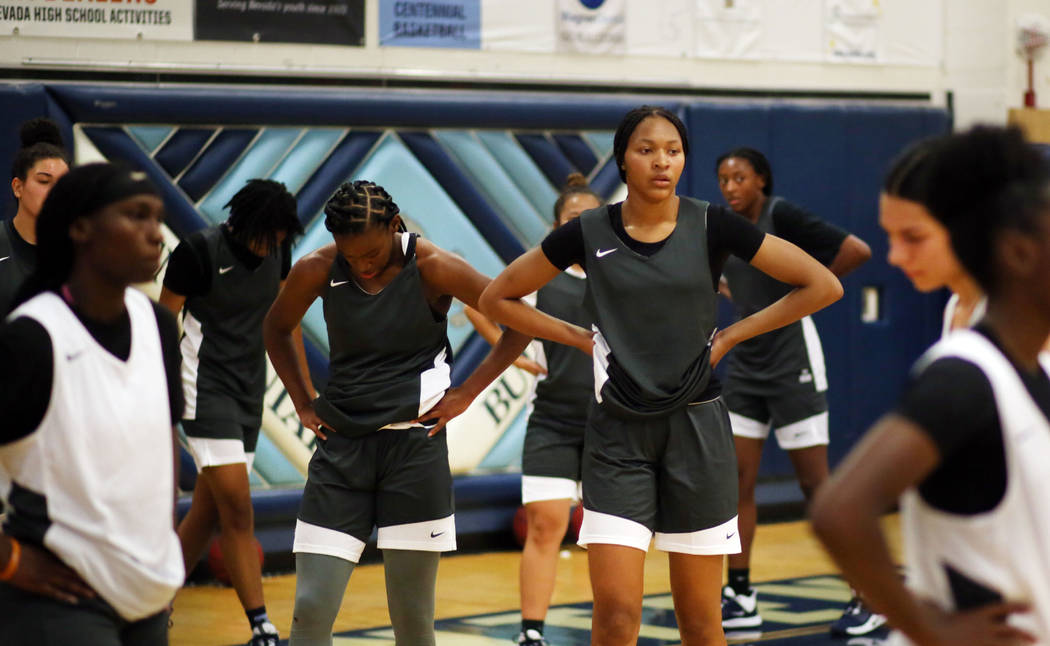 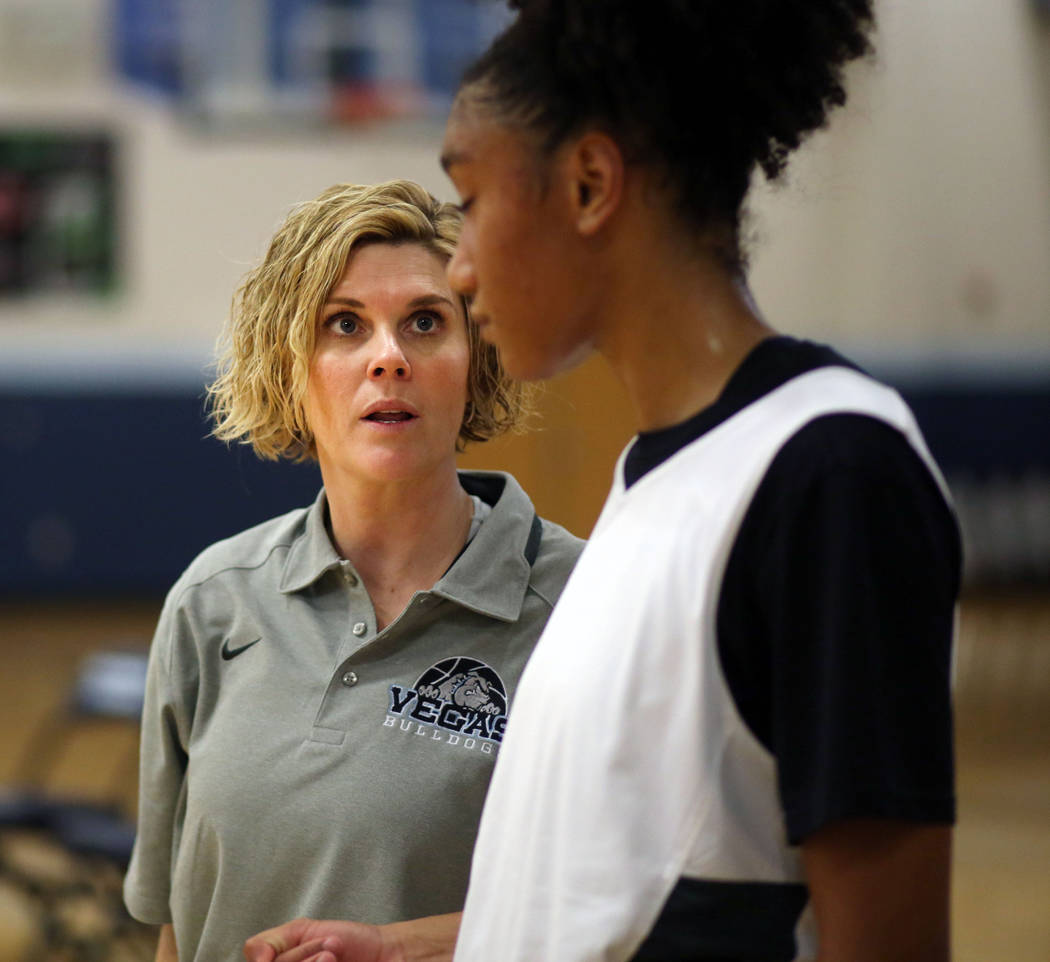 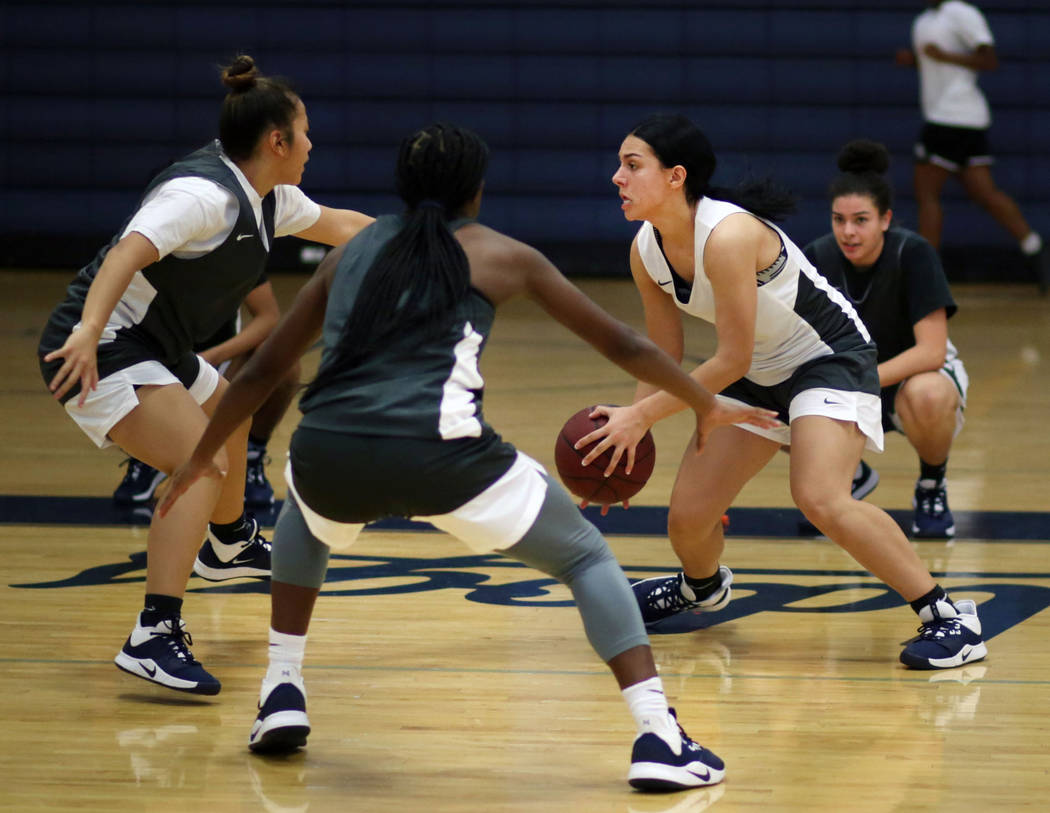 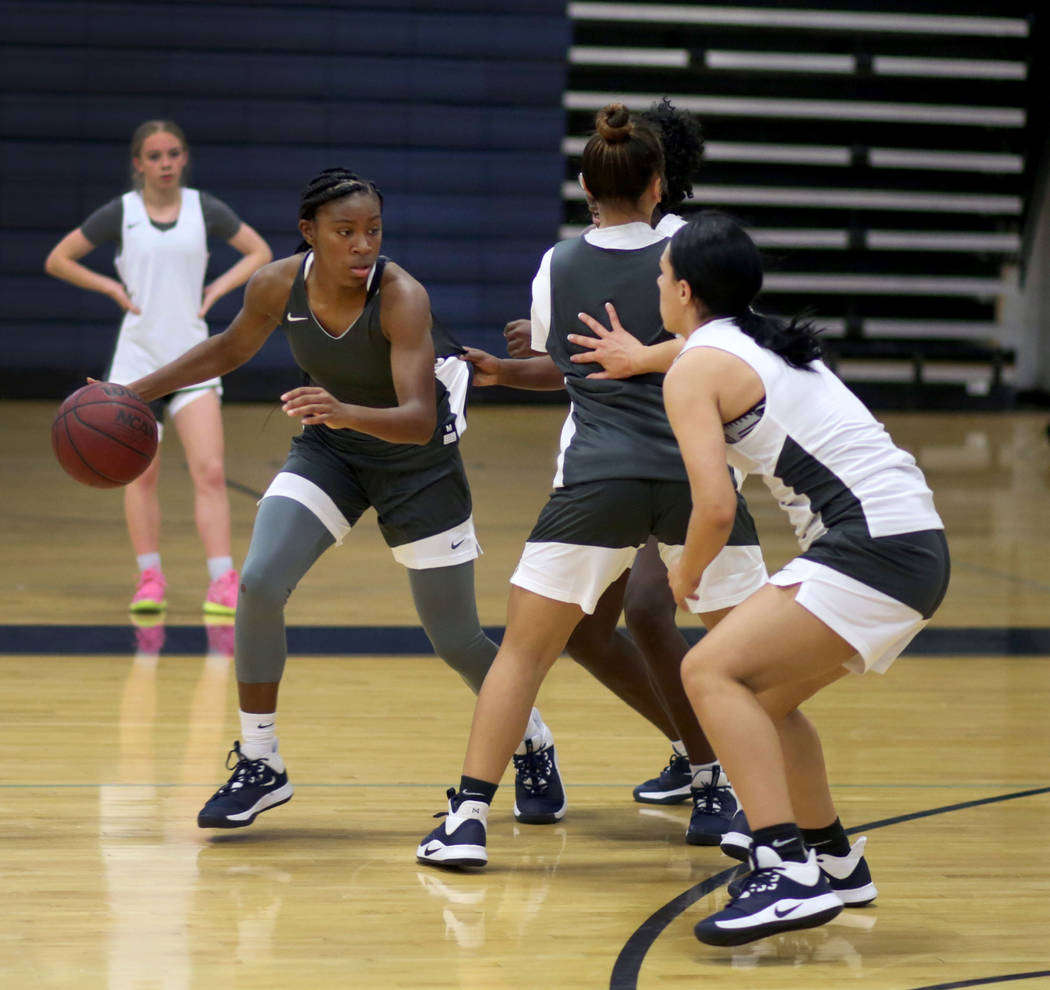 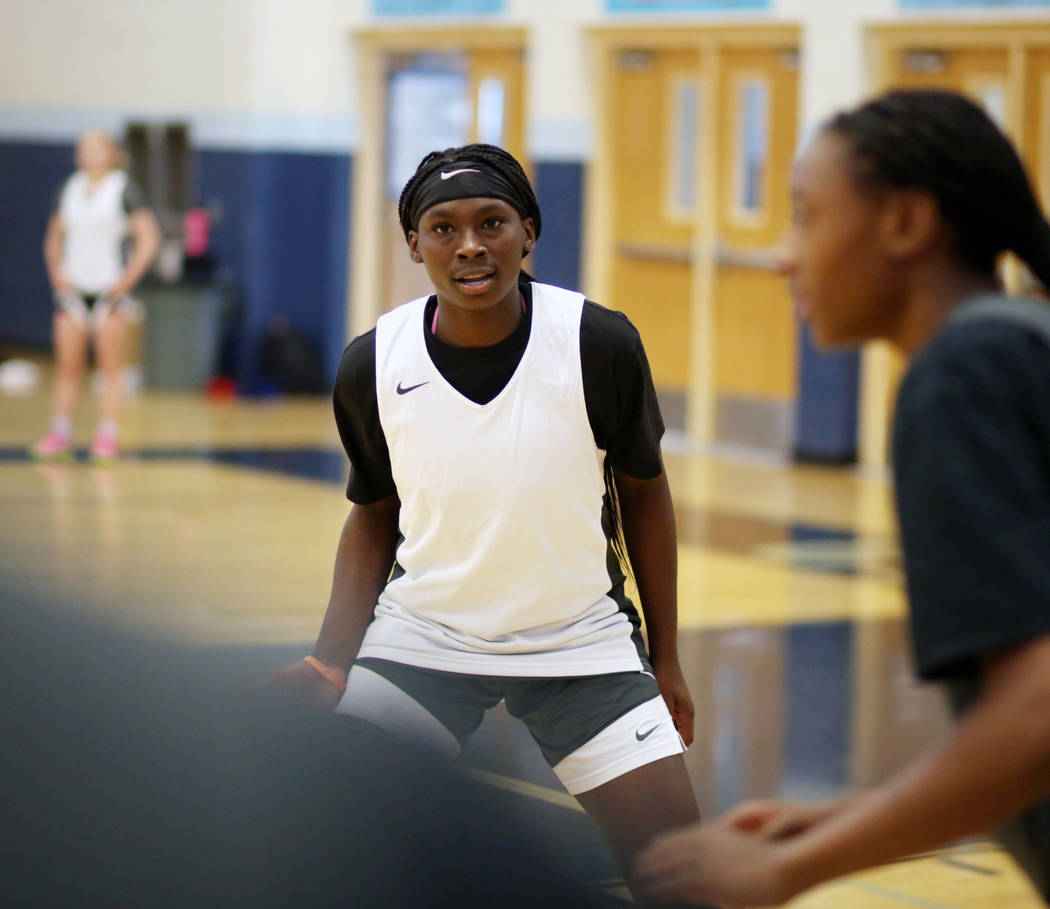 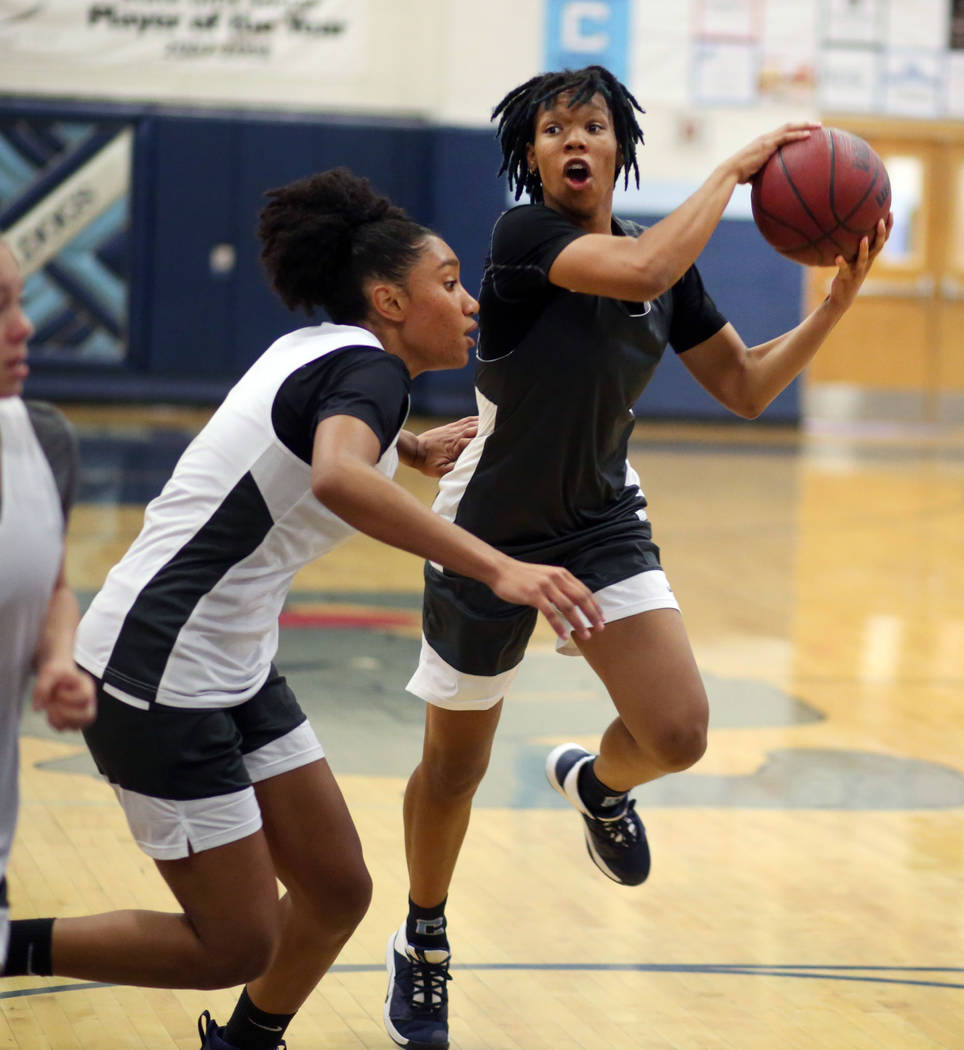 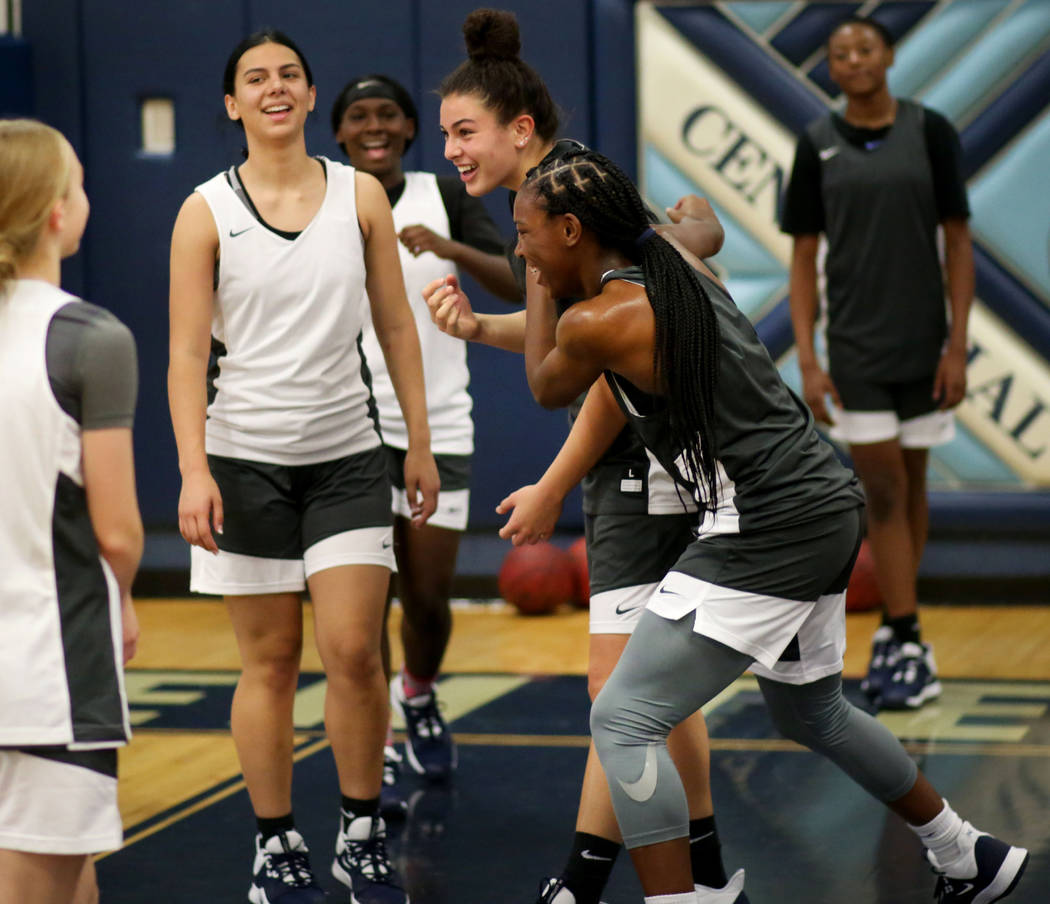 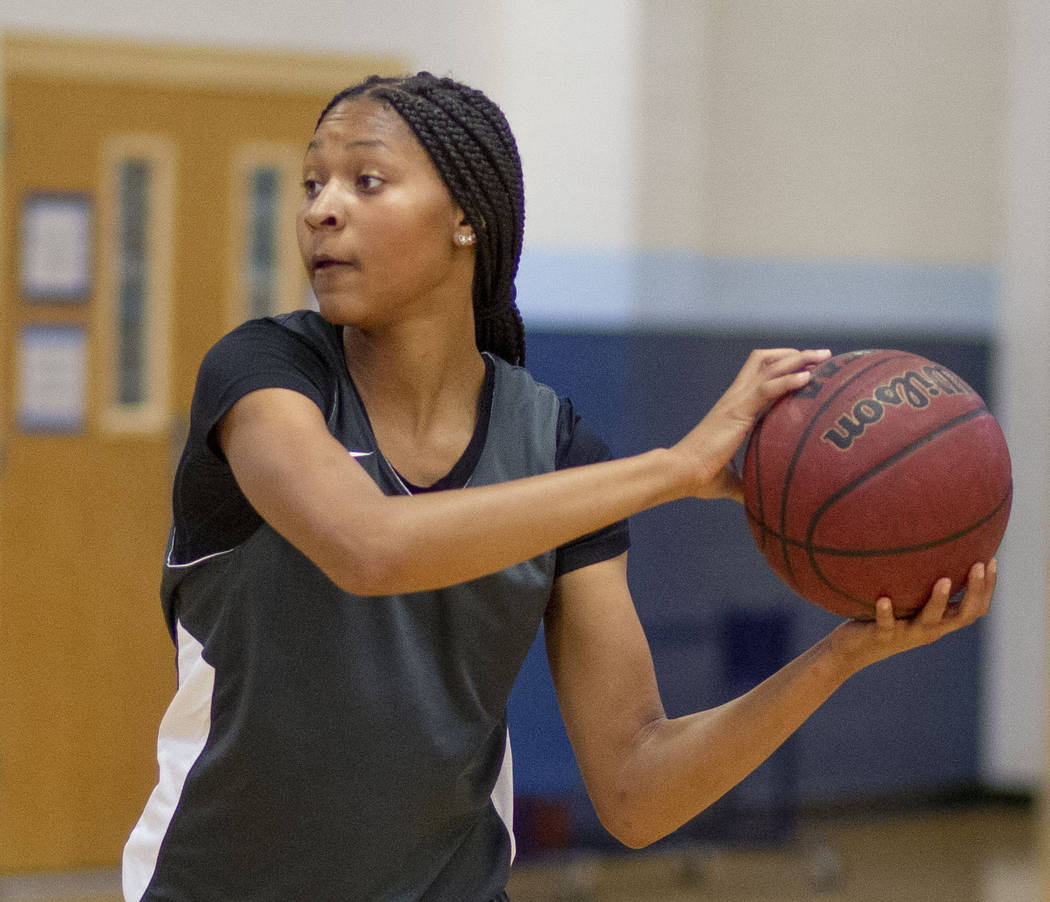 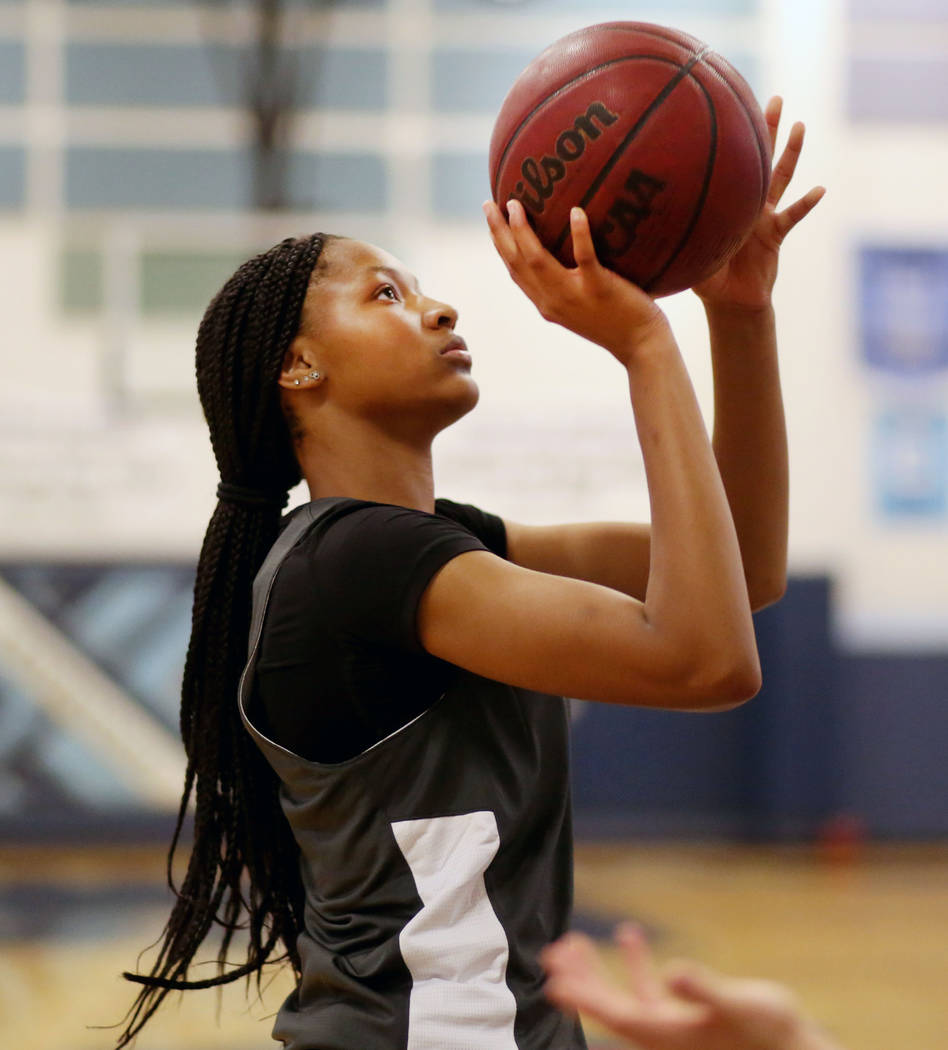 Centennial’s girls basketball team doesn’t rebuild. Not even after graduating four Division I players or finishing the 2018-19 season at the GEICO Nationals as one of the country’s four best teams.

Centennial opens the season again as the top team in Nevada and ranked No. 23 nationally by USA Today, armed with one of the country’s best coaches in Karen Weitz and another roster chalk full of collegiate talent.

Junior guard and five-star recruit Taylor Bigby is back as the best player in Nevada and one of the nation’s top players. She committed to Oregon last month after averaging 12.5 points, 4.3 rebounds, 1.5 assists and 2.6 steals last season en route to Northwest League co-MVP honors. Senior sharpshooter and UNLV commit Jade Thomas joins her on the perimeter as one of the state’s top two-way players.

Senior Hawaii commit Teionni McDaniel enters the fold after sitting out last season, and fellow Hawaii commit Daejah Phillips returns as one of the area’s most athletic guards. Senior forward and UC-San Diego commit Aishah Brown is also back as one of the most disruptive interior forces on the West Coast.

The Bulldogs are the benchmark for local success and one of the benchmarks for national success. Weitz said reaching the GEICO Nationals elevated the standard of excellence even more at Centennial, which again plays a challenging national schedule comprised of some of the country’s best teams and events.

Here are five local players and teams determined to take the Bulldogs down.

The 5-foot-9-inch sophomore guard is one of the most explosive players in her class and has earned the No. 10 ranking, according to ESPN. She’s relentless attacking the basket, creating scoring opportunities for herself and her teammates, and already has several high-major offers. She’ll look to build on averages of 8.8 points, 4.2 rebounds and 2.9 steals.

The 6-1 senior power forward is one of the state’s most versatile players and returns after averaging 11.4 points, 6.8 rebounds and 2.5 steals as a junior. She signed with UNLV this month and is in line for an even bigger role with the Diamondbacks.

The 5-5 senior combo guard is one of the state’s most prolific 3-point shooters and uses the threat of her perimeter shot to attack the paint, where she creates for herself and her teammates. She averaged 12.1 points last season and signed with Texas A&M University-Corpus Christi.

The 5-7 guard came off the bench last season for the Gaels, but emerged late as a go-to scorer with a knack for creating in crunch time. She converted the game-winning floater against Desert Oasis in the final seconds of the Desert Region championship and is in line for more scoring opportunities this season.

The 5-7 senior forward and reigning Northeast League MVP averaged 14.3 points, 5.0 rebounds and 4.1 steals last season. She has the skills of a guard and the strength of a post and can effectively attack the basket or shoot from the perimeter.

Gayles takes the reins as a go-to scorer and is joined by an experienced group of reliable returners. Senior guard Chelsea Camara enjoyed a breakout season in 2018-19 and is back after averaging 10.4 points. Junior forward Garrisen Freeman averaged 9.4 points and 4.6 rebounds, and senior Missy Valdez returns to the rotation.

The Gaels reached the Class 4A state championship game for the first time since 2015, but lost eight players to graduation. Hoskins returns, along with juniors Izzy Westbrook and Jordan Kruljac, who both contributed last season.

The Mustangs reached the 20-win plateau last season for the first time in program history and lose only four seniors from a team that finished 21-7 and reached the Mountain Region semifinals. Senior guard Christina Thames and sophomore guard Jamia Carter are among the top returning players.