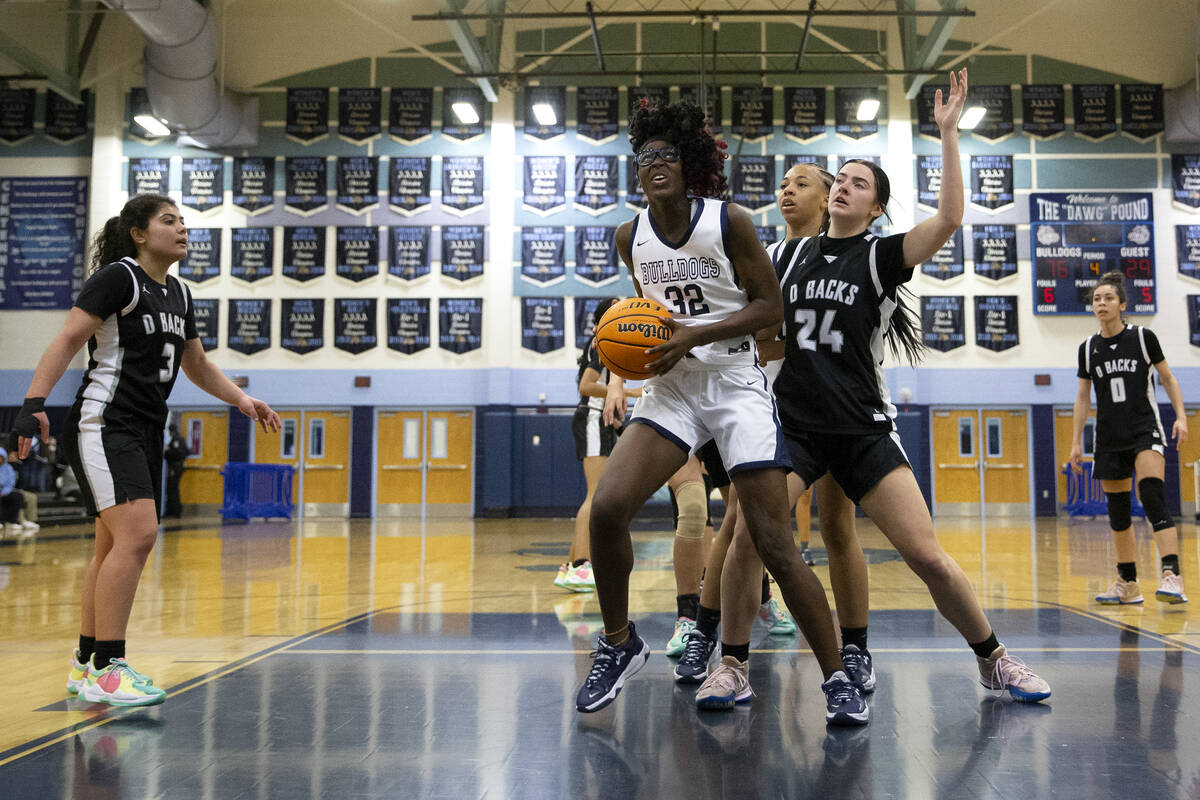 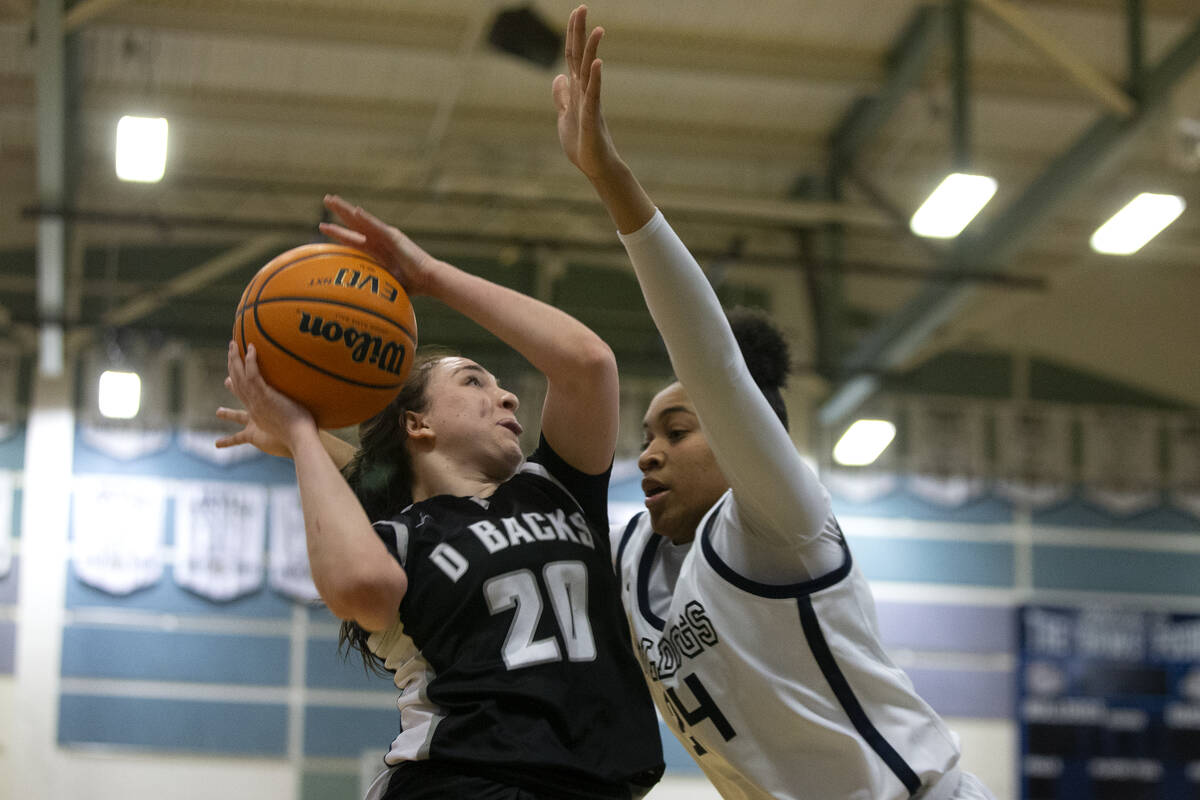 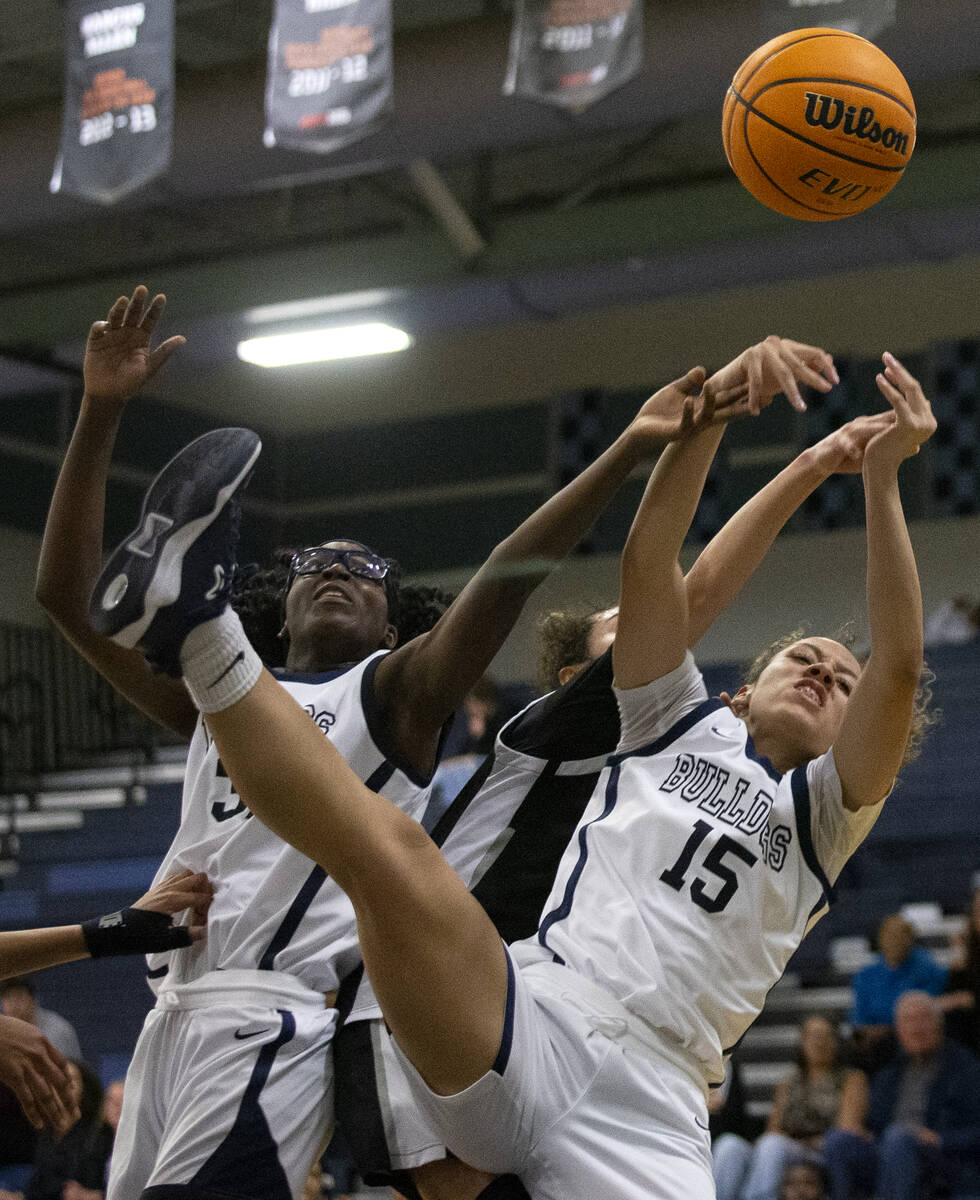 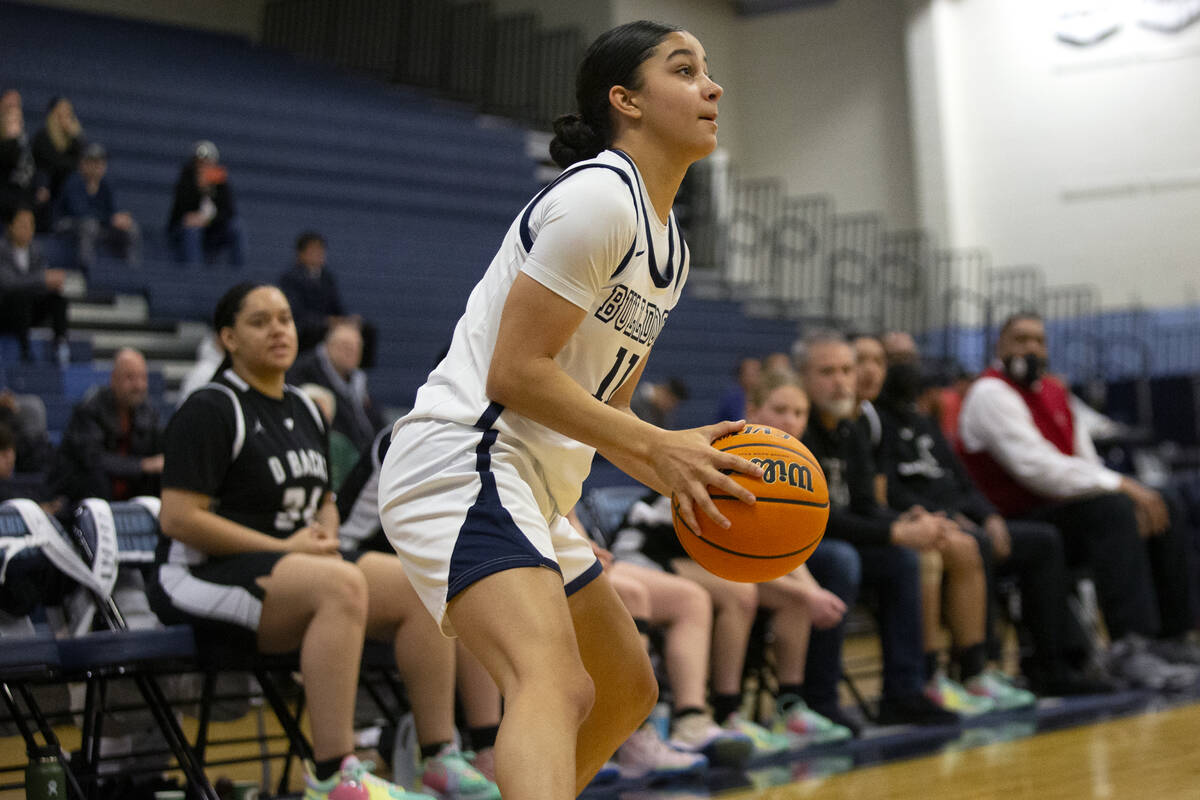 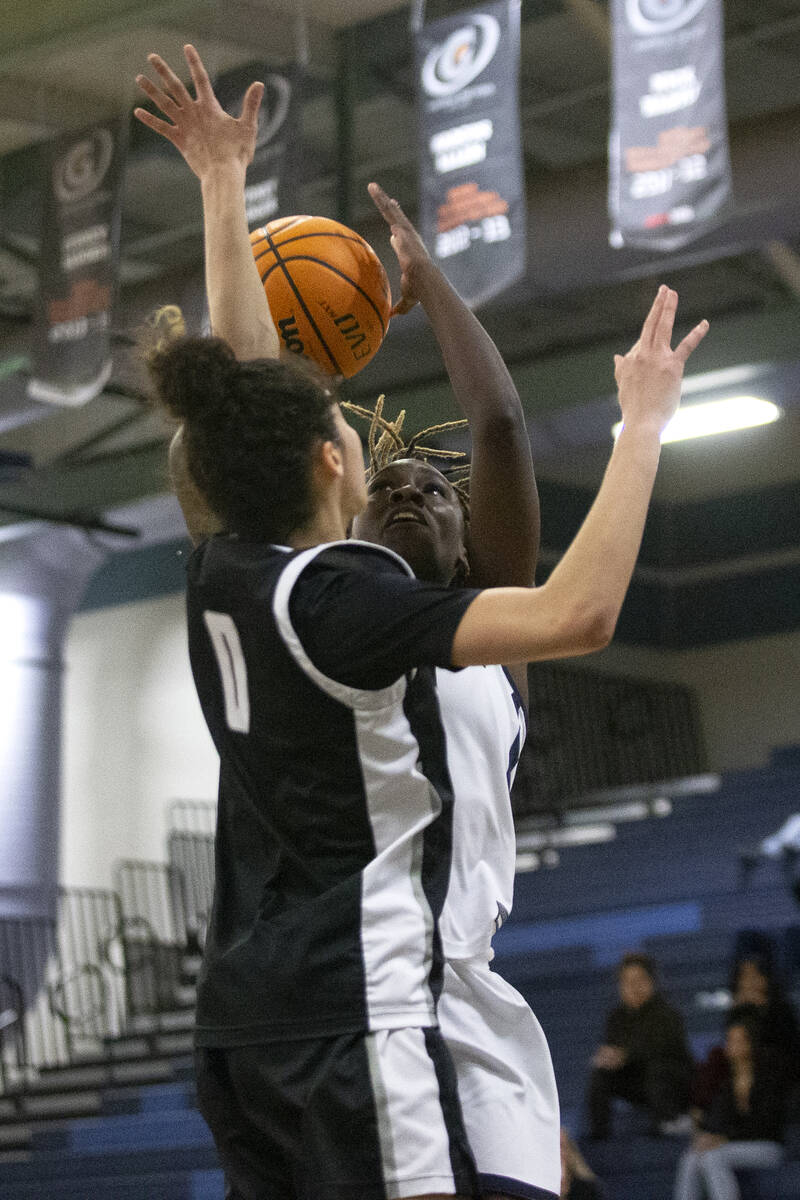 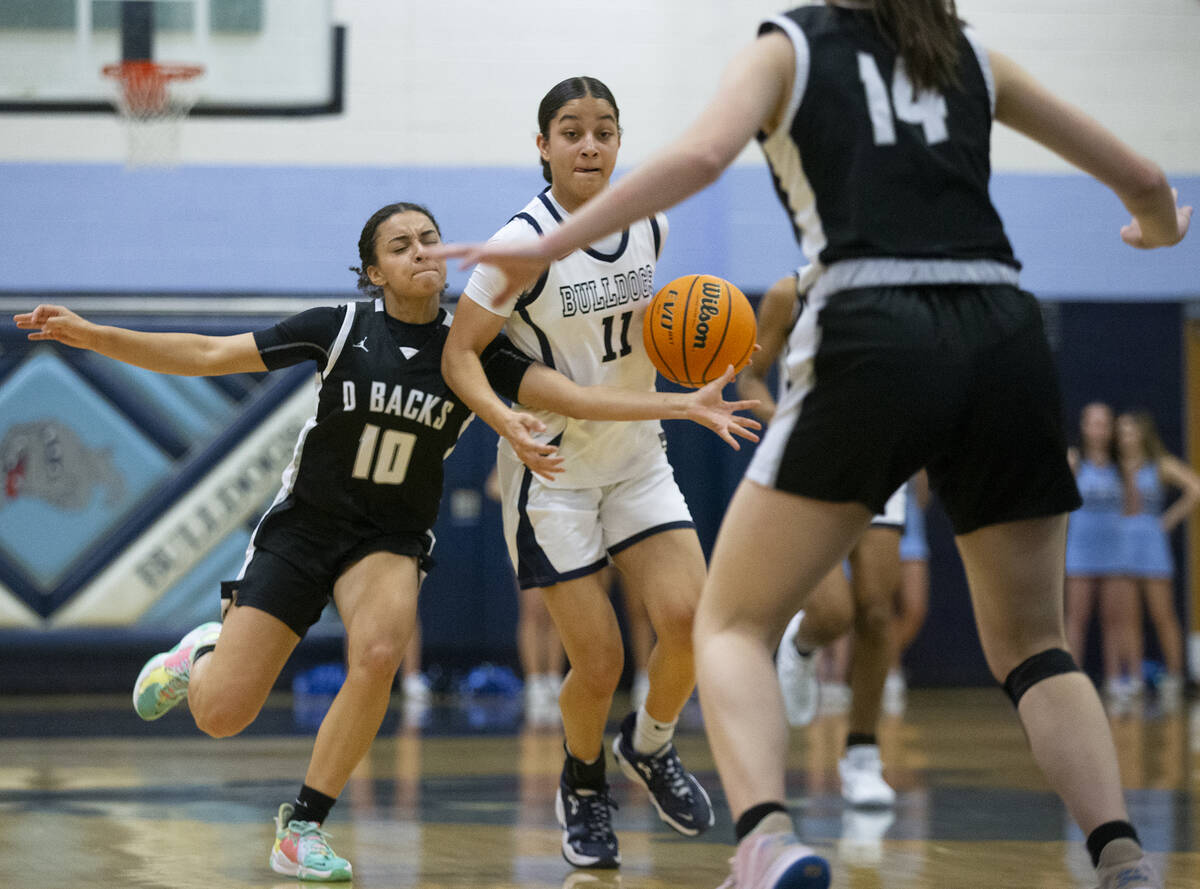 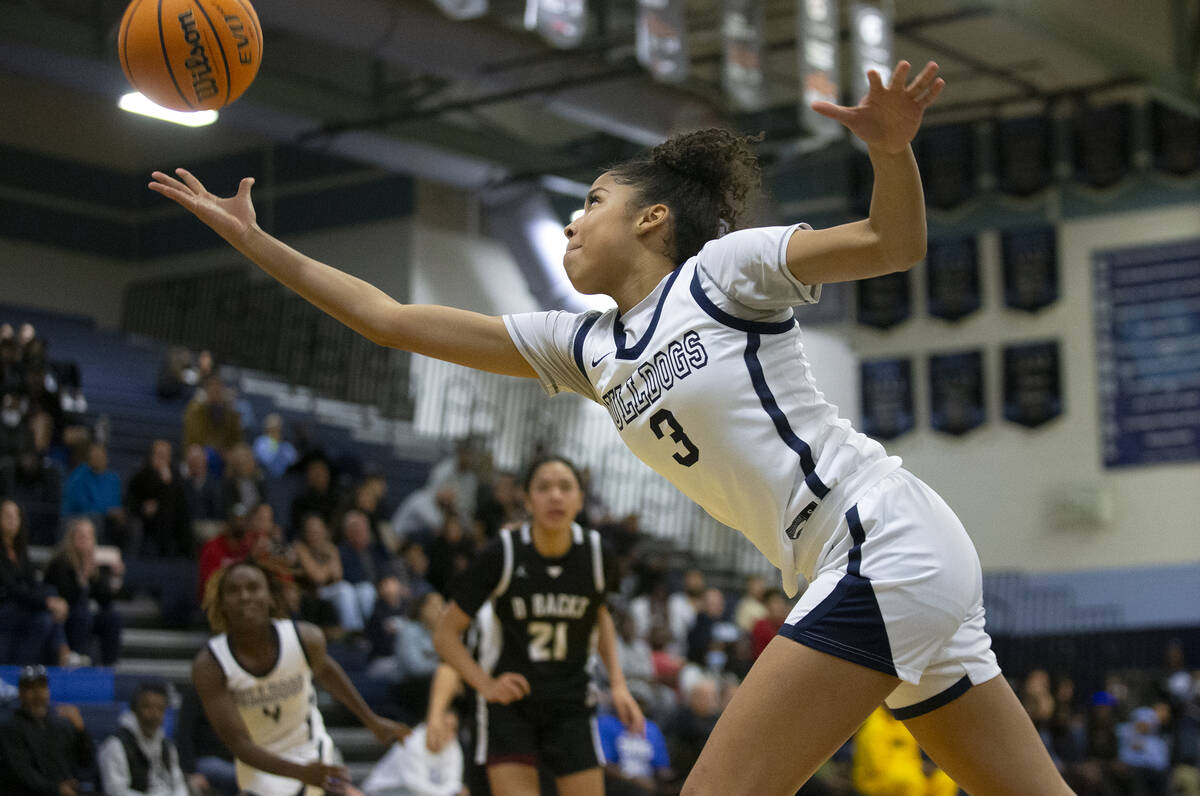 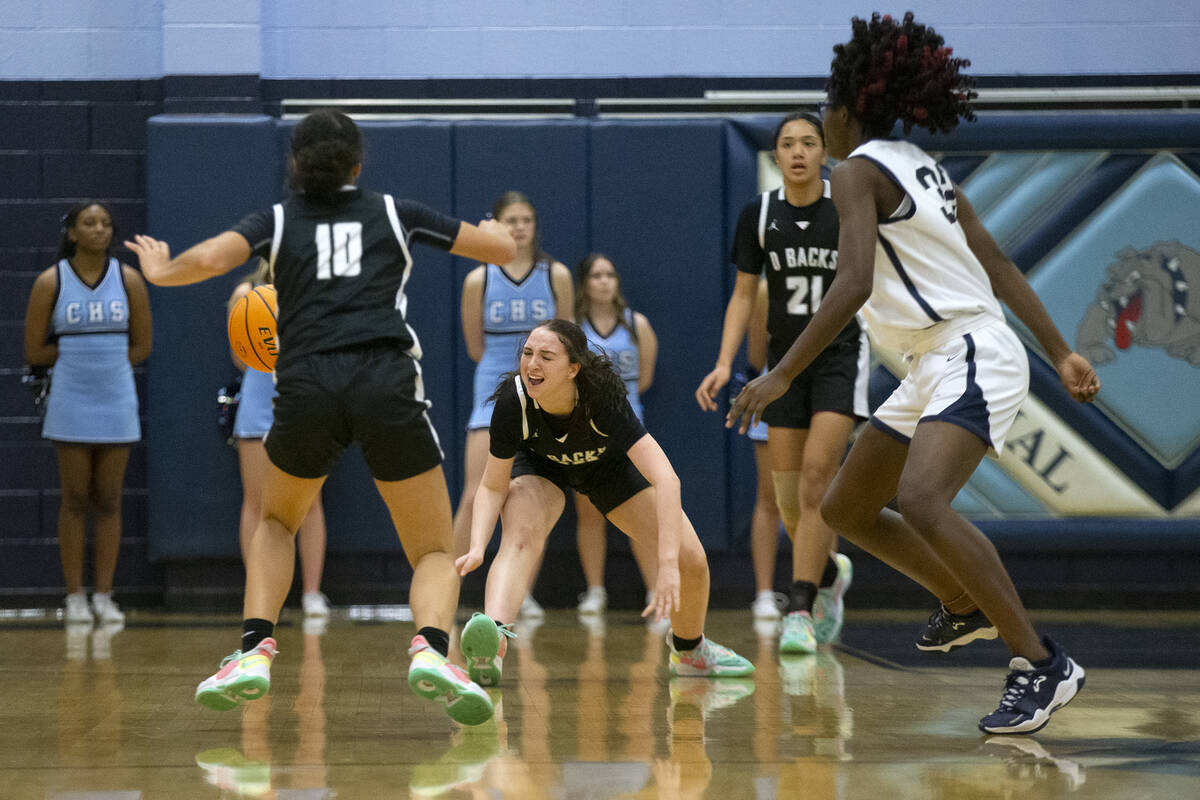 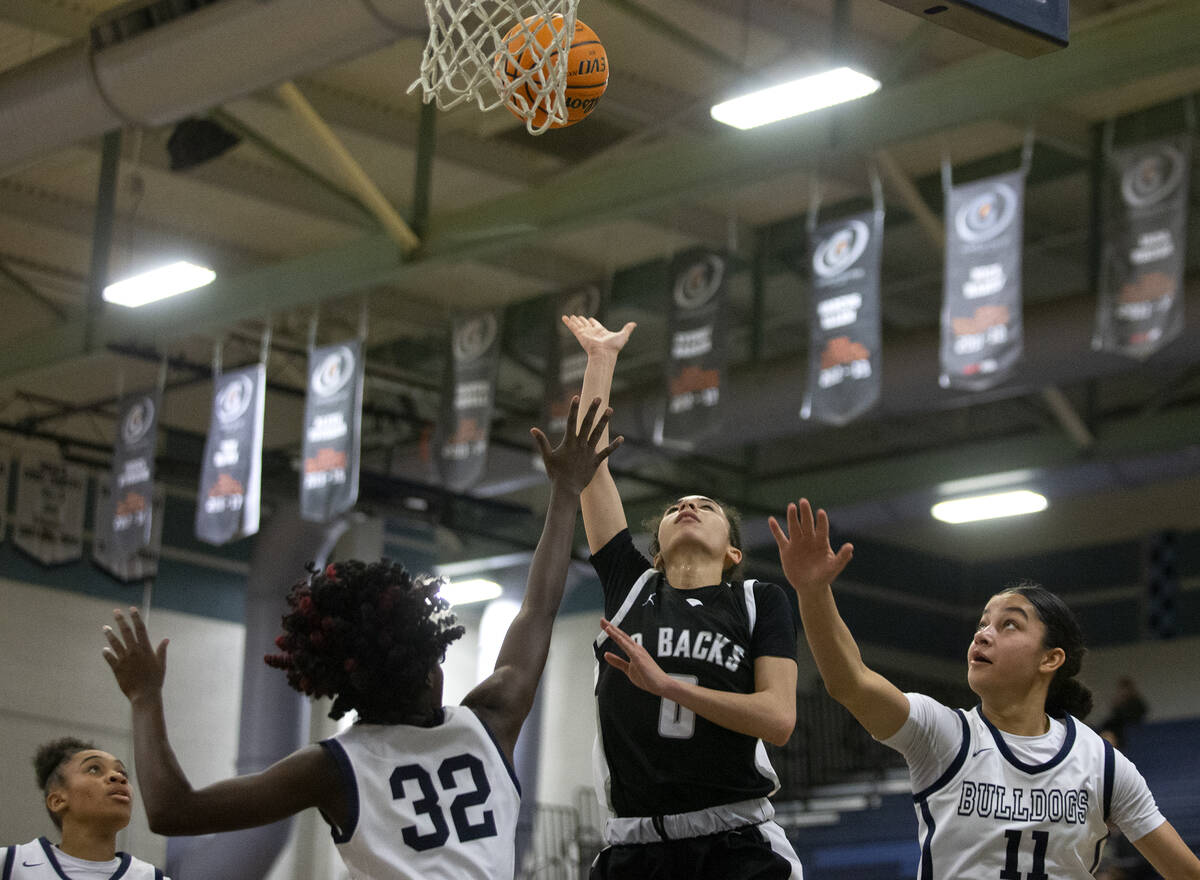 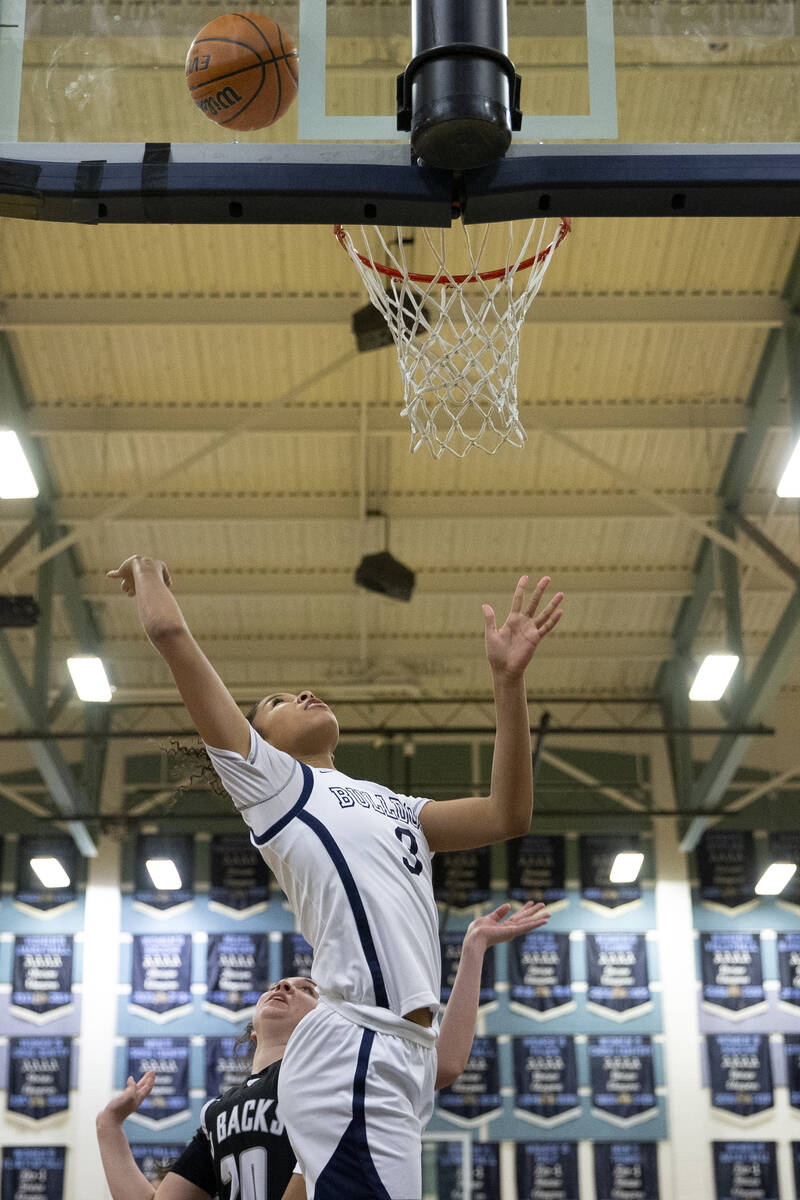 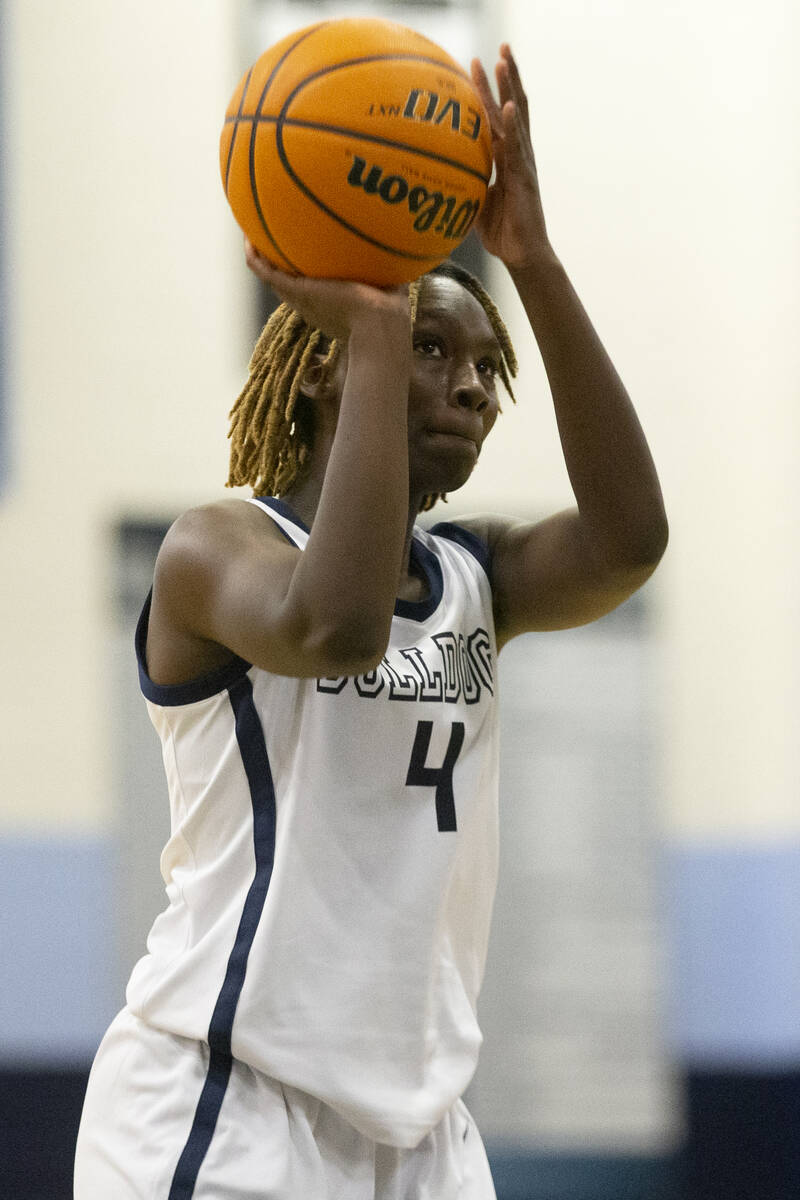 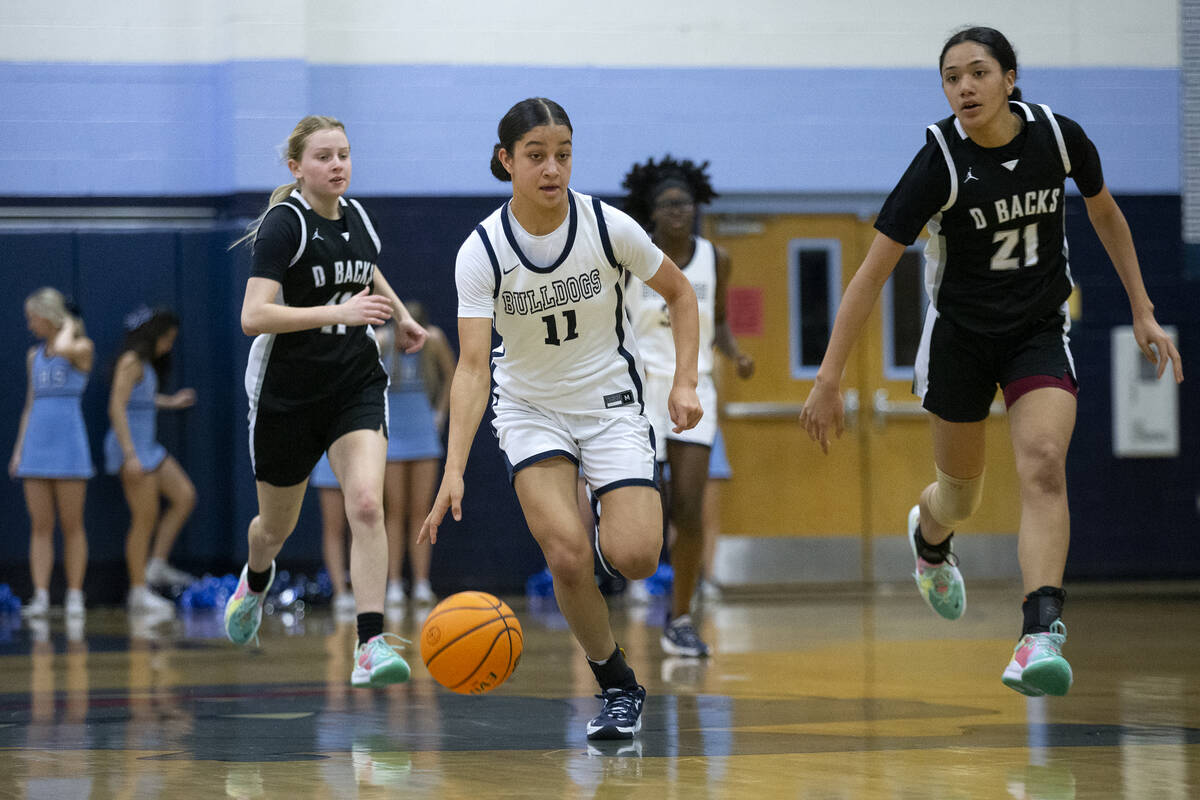 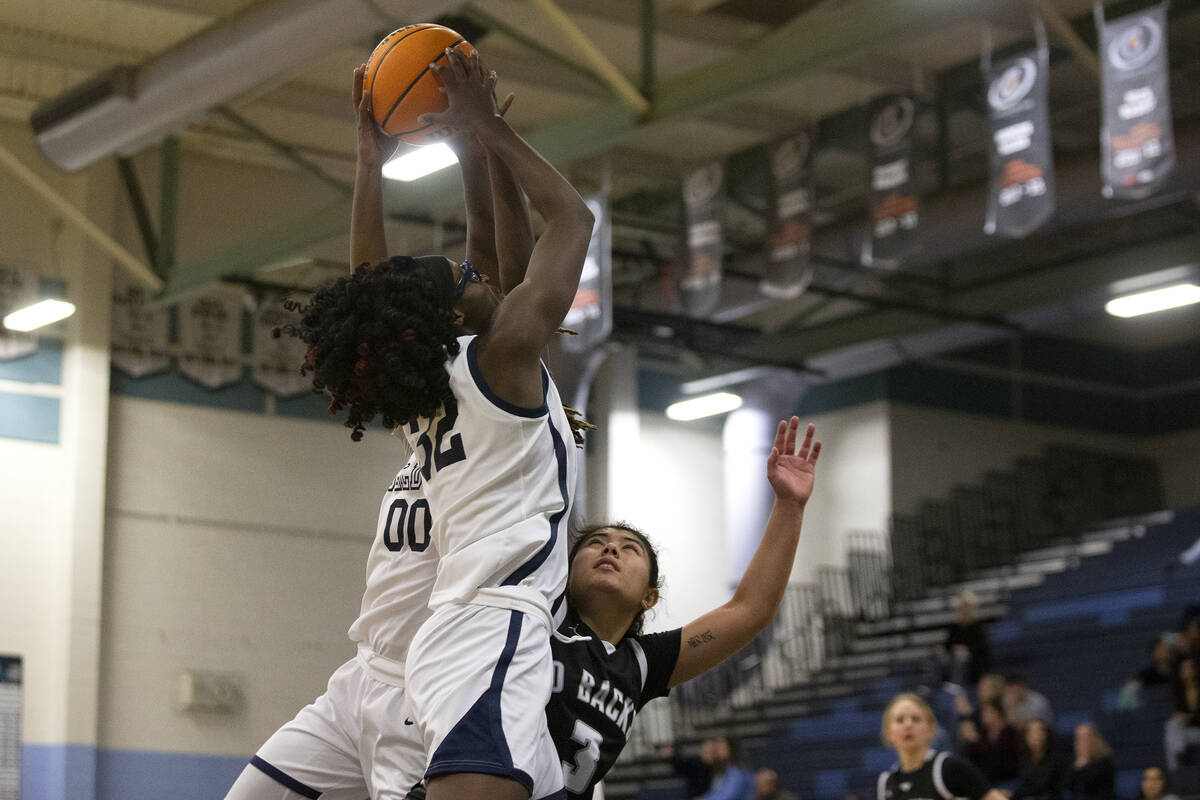 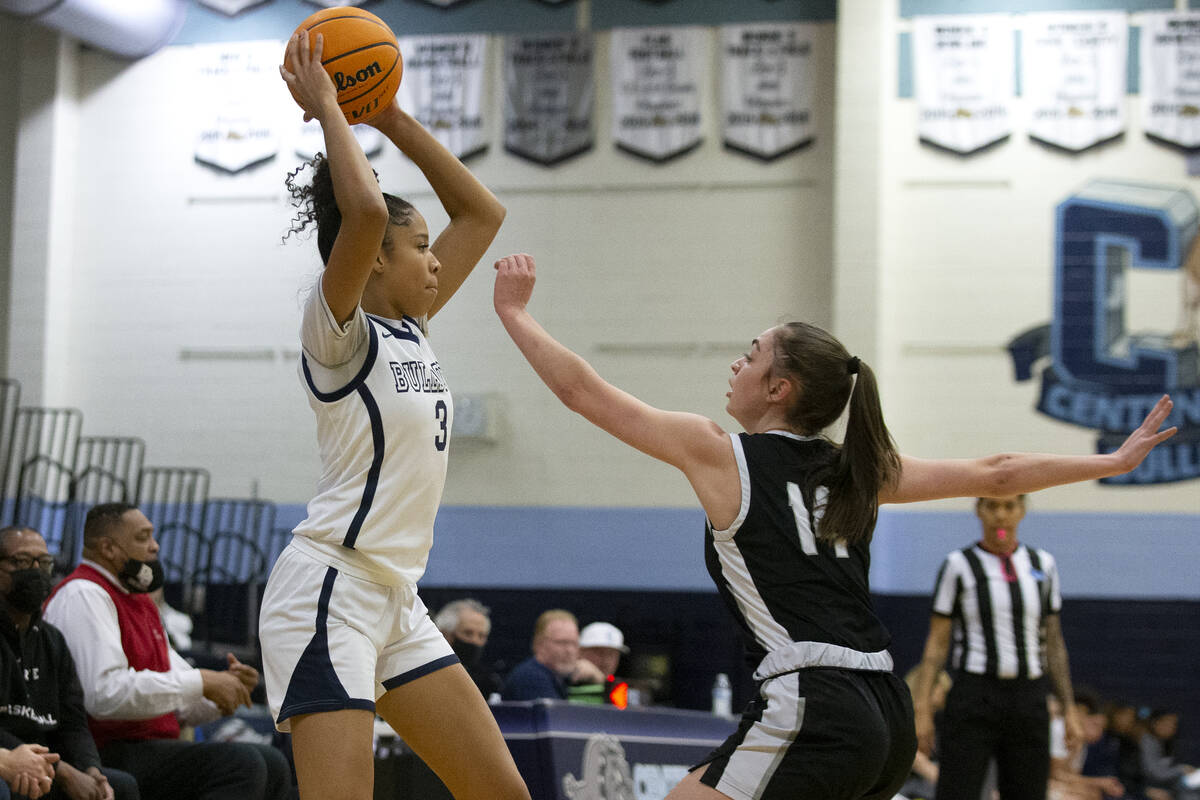 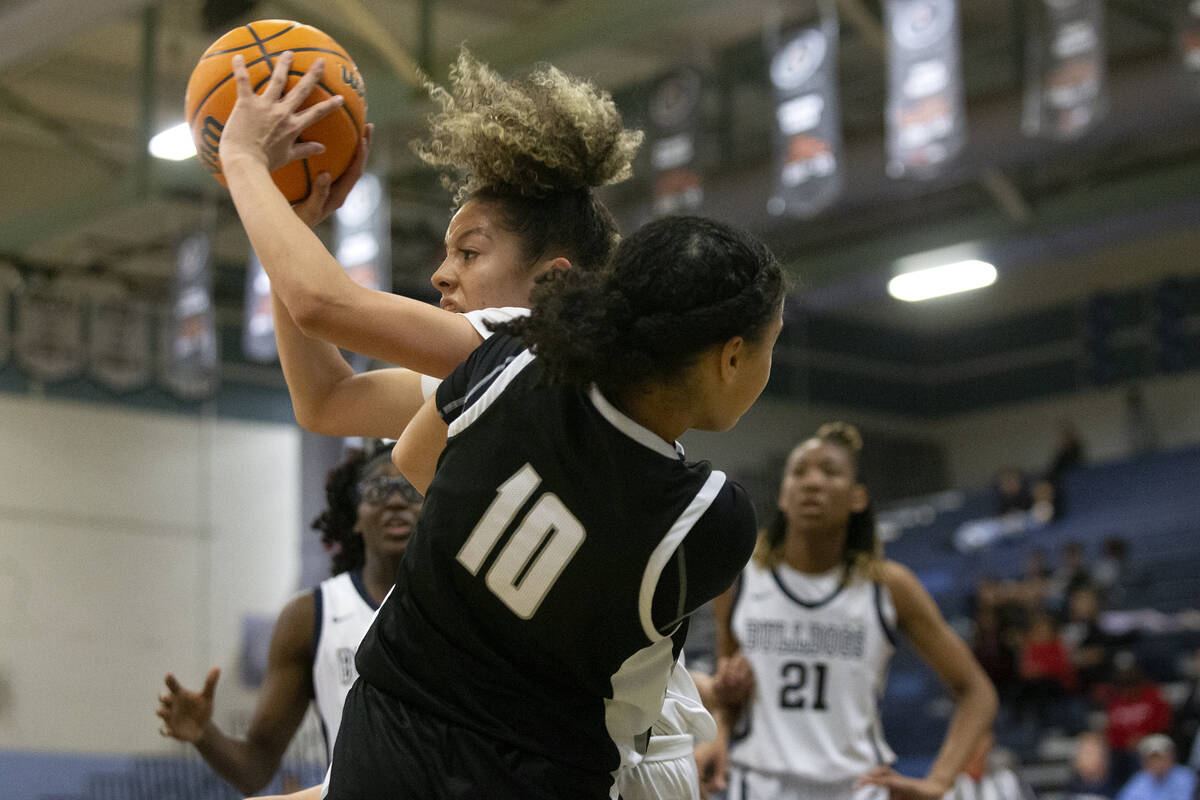 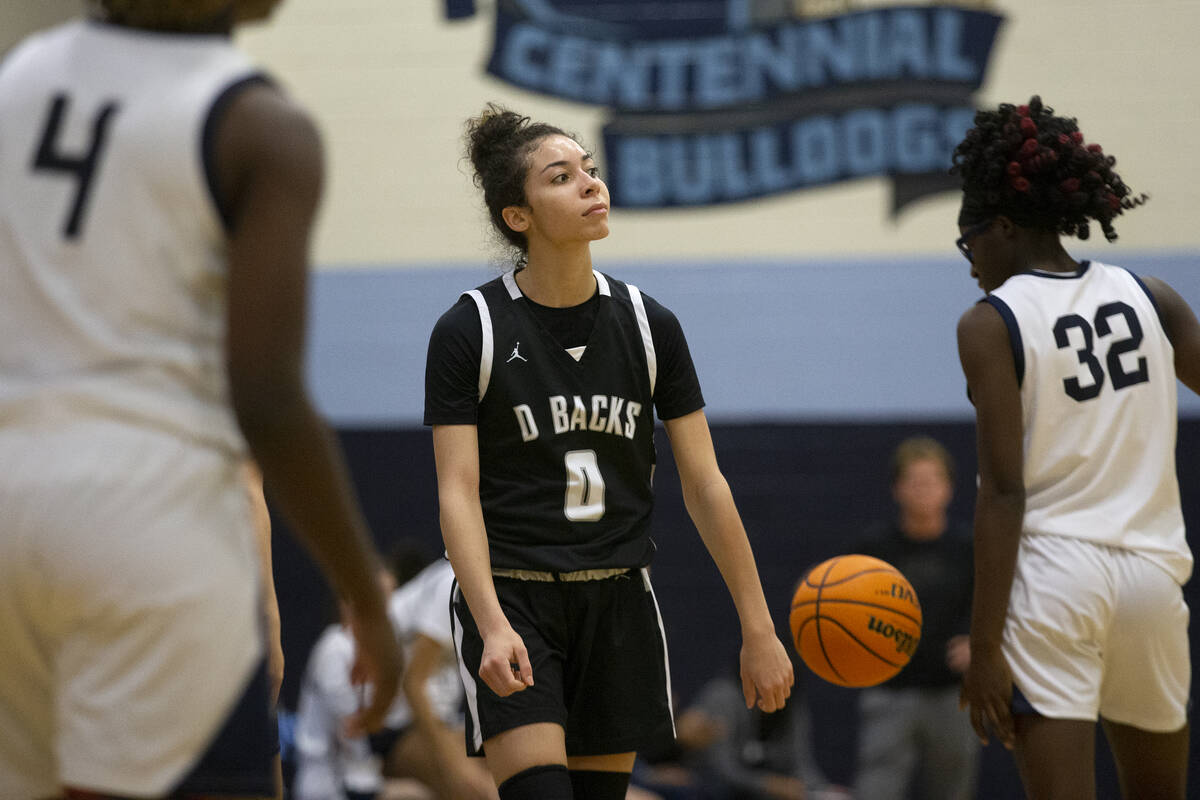 She had watched her team fall behind 6-2 on a three-point play and 3-pointer from Desert Oasis’ Latahemo Fakahafua, and it could have been worse as the Diamondbacks had missed two open layups and two free throws.

The top-seeded Bulldogs received their coach’s message in the timeout loud and clear, outscored the No. 4 Diamondbacks 38-10 the rest of the half en route to a 78-29 home win.

“Be the one who wants to make a play,” Weitz said was her message in the timeout. “We can’t sit around and be hesitant and wait for somebody else to make a play. Somebody needs to step up and make a play, and then some others will get going.”

The win clinched a spot for Centennial in next week’s 5A state tournament in Reno, where it will go for its seventh straight title.

The Bulldogs will host No. 6 Spring Valley for the Southern Region title at 2 p.m. Saturday. The Grizzlies defeated No. 2 Liberty 77-75 in double overtime Thursday.

Centennial whipped Spring Valley 82-44 on Feb. 3, but the Grizzlies were without McDonald’s All-America guard Aaliyah Gayles.

“The old saying in all my years of coaching is we worry about Centennial first,” Weitz said. “I can’t worry about the opponent we’re playing. If we do what we’re supposed to do, I think everything will work out fine.”

After the strong start, Desert Oasis (15-8) slowly began to unravel against Centennial’s pressure defense. The Bulldogs were particularly adept at stopping the Diamondbacks’ two leading scorers in Fakahafua, who didn’t score after her early six points, and Olivia Bigger, who finished with four.

“We know if we rely heavily on our defense, hopefully our offense will come around,” Weitz said. “A lot of times in games like this you don’t hit shots right off the bat. I don’t know if it’s nerves, but we just sat back in our defense and hoped it would get our offense going.”