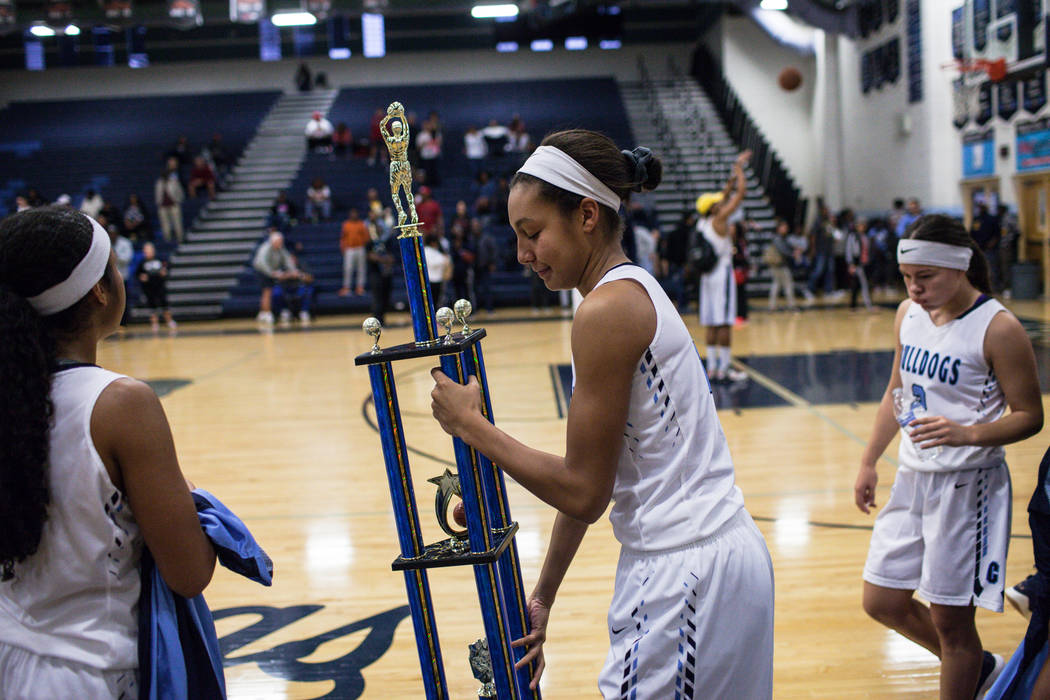 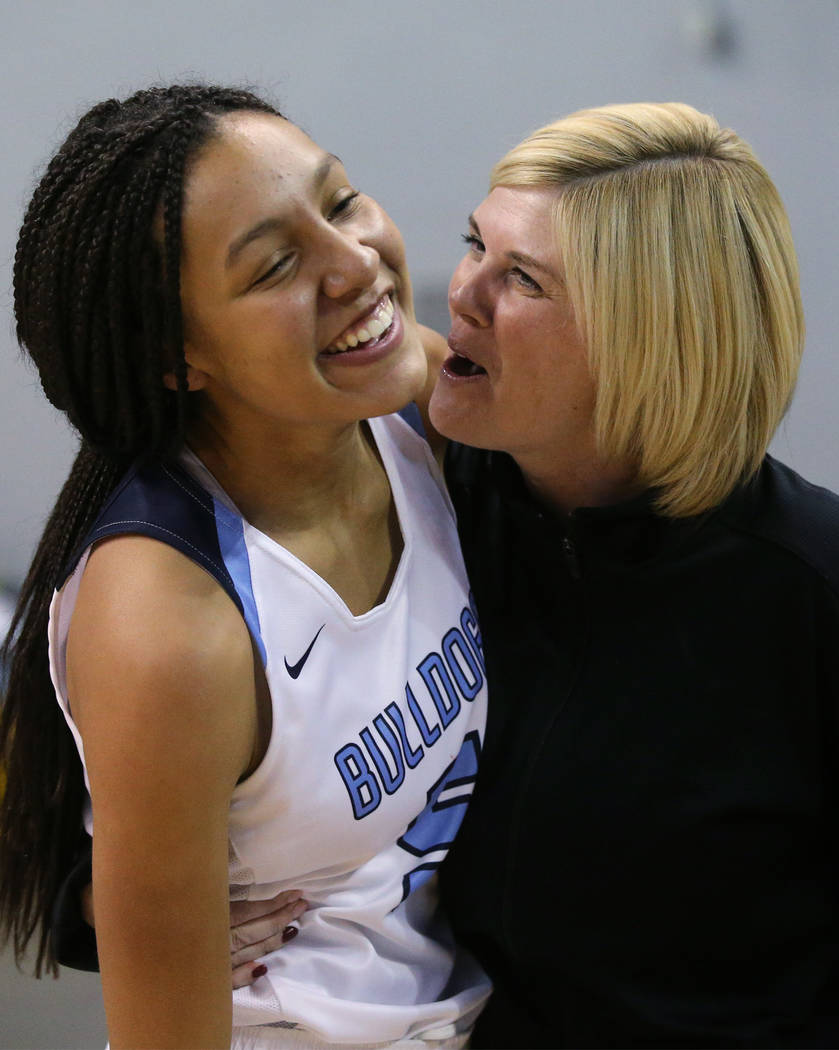 Centennial’s Jade Thomas celebrates with an assistant coach after her shot at the buzzer forced the title game against Liberty into overtime at the NIAA state basketball tournament in Reno, Nev., on Friday, Feb. 23, 2018. Centennial won 74-65 in OT. Cathleen Allison/Las Vegas Review-Journal

Her commitment is non-binding and won’t be official until she signs a national letter of intent as a senior.

Thank you to my friends, family, and coaches who have supported me throughout my basketball journey. I am excited to announce that I will be continuing my basketball career at UNLV!! Go Rebels❤️💙‼️ pic.twitter.com/UWcRmnx7mo

Thomas joins teammate Melanie Isbell as local UNLV recruits. Former Bulldogs guard Justice Ethridge is a freshman for the Lady Rebels and Thomas’ sister, Bailey, is a redshirt sophomore after beginning her career at West Virginia.

The younger Thomas helped Centennial win its fourth consecutive Class 4A state championship in February by forcing overtime with a buzzer-beating 3-pointer in the championship game against Liberty.