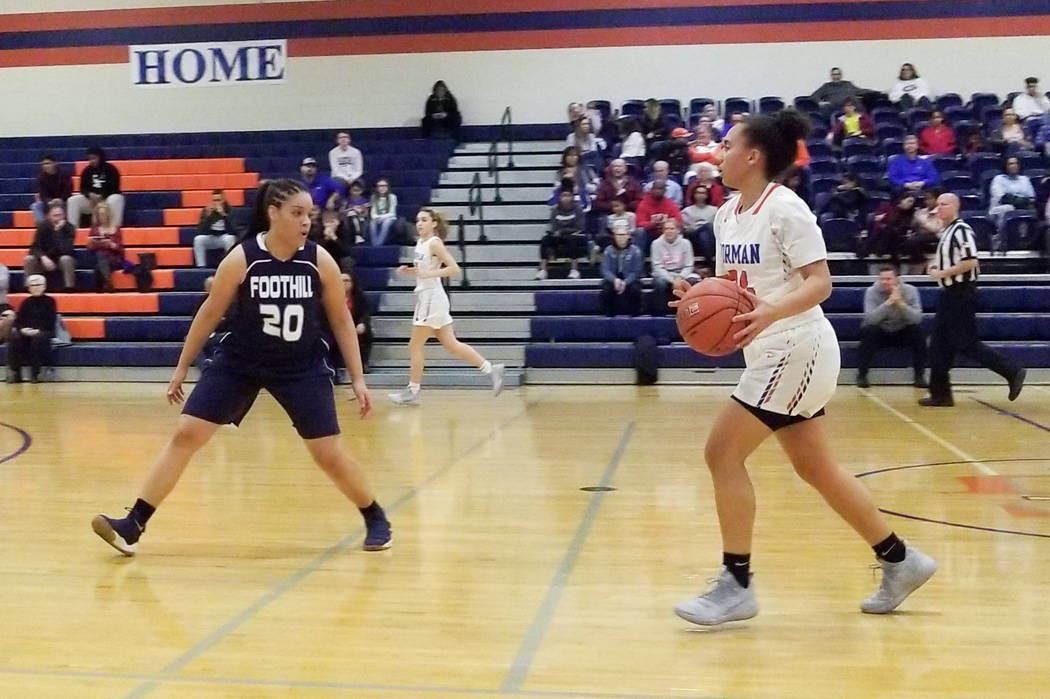 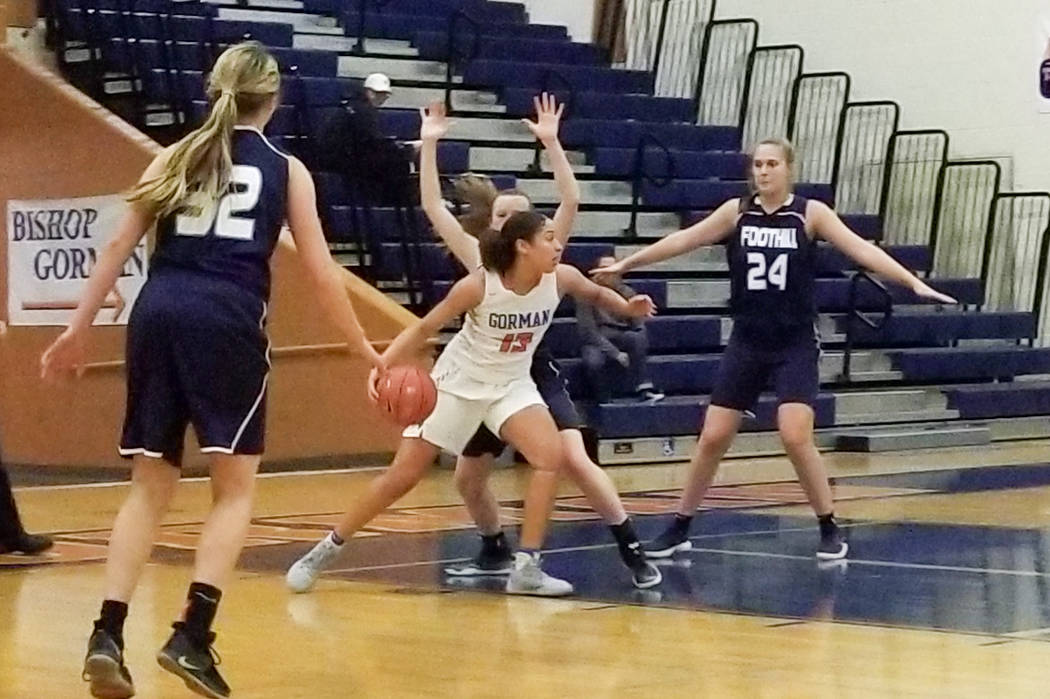 Bishop Gorman’s Georgia Ohiaeri woks in the post against Foothill on Thursday. The Gaels beat the Falcons 71-43 in the Desert Region quarterfinals. (Damon Seiters/Las Vegas Review-Journal) 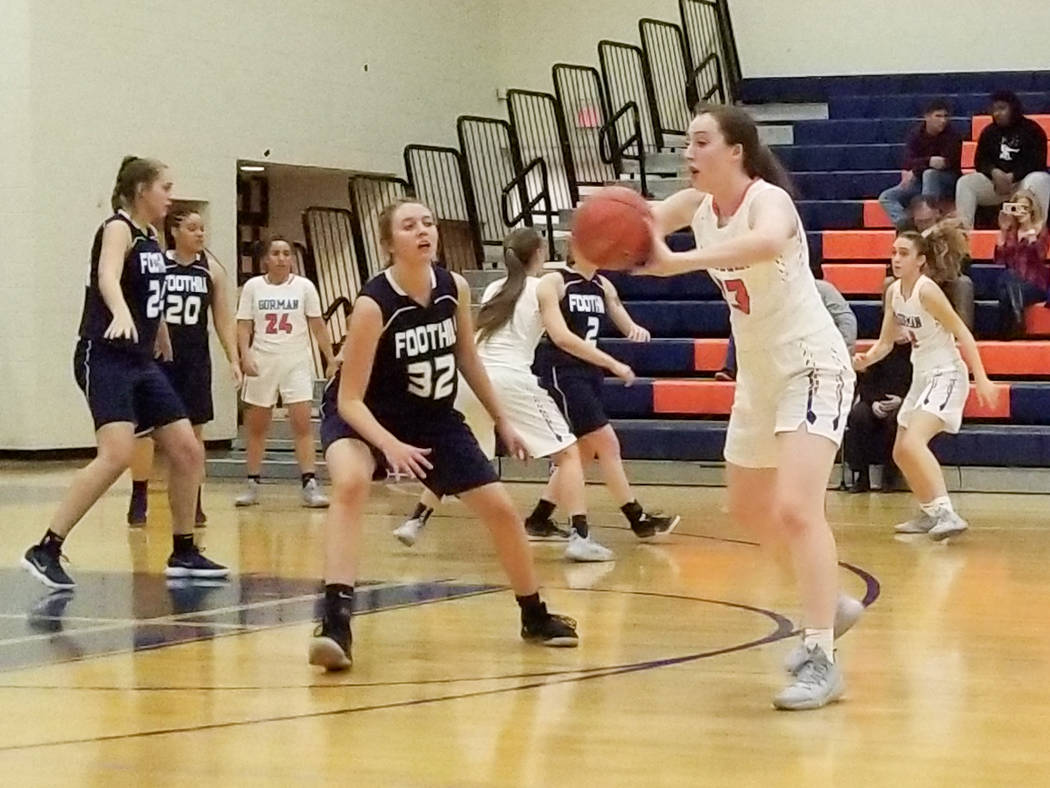 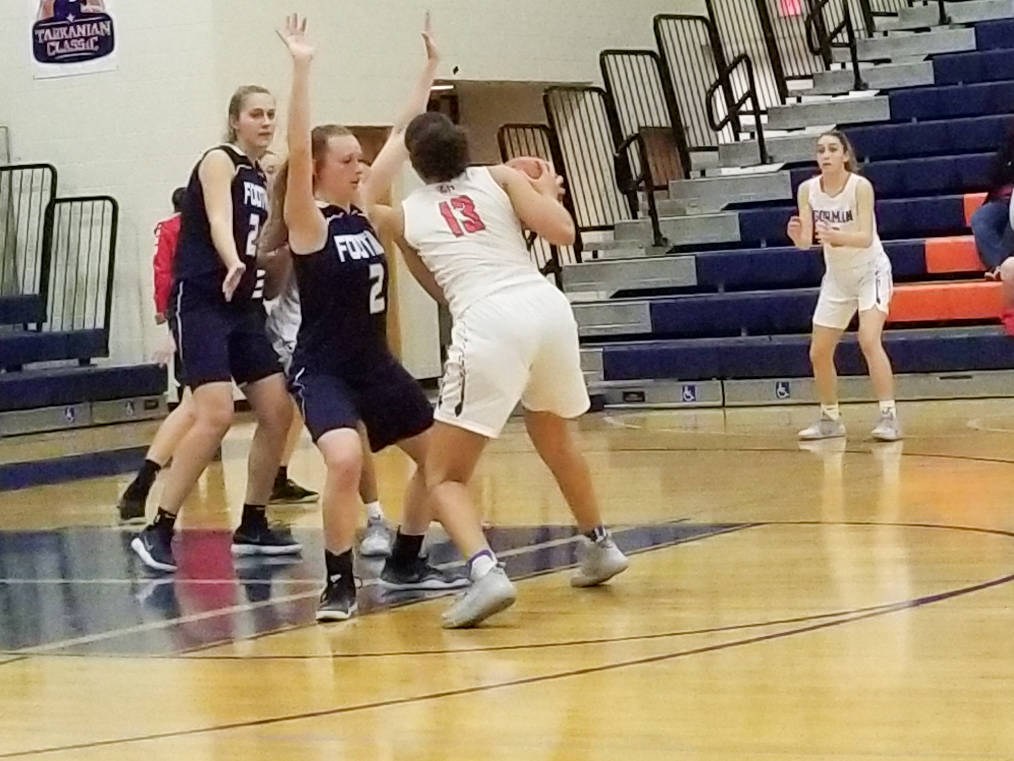 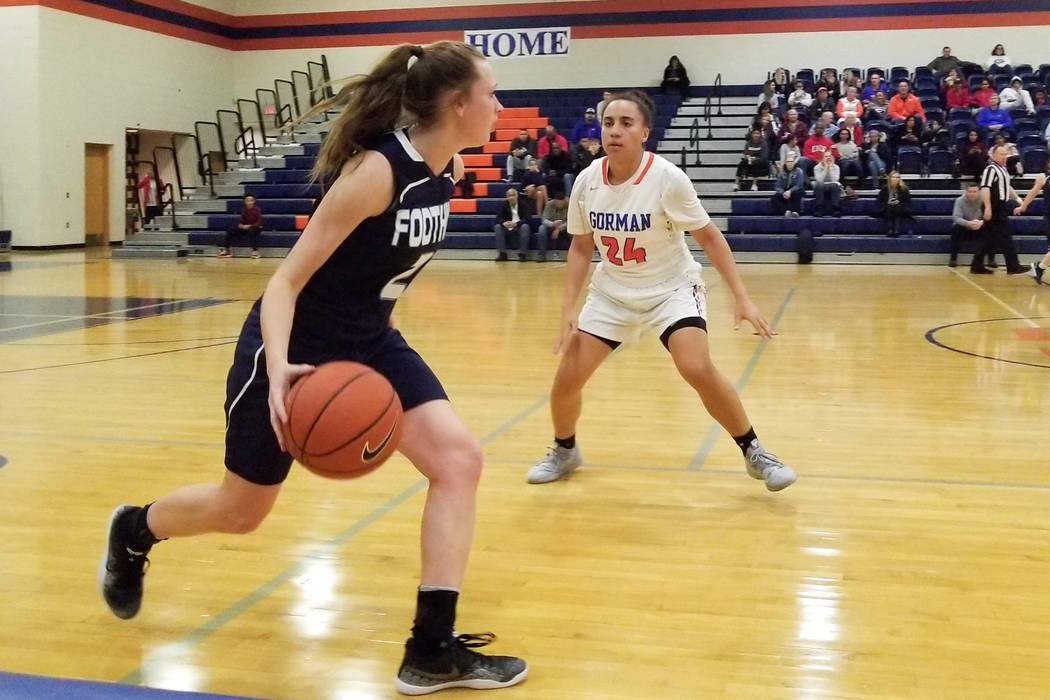 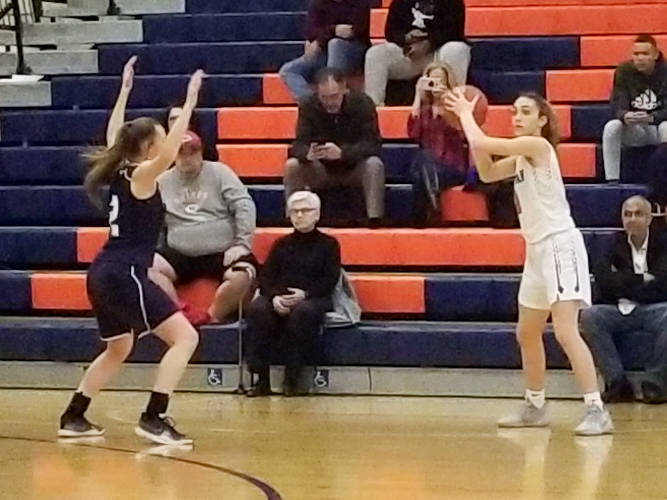 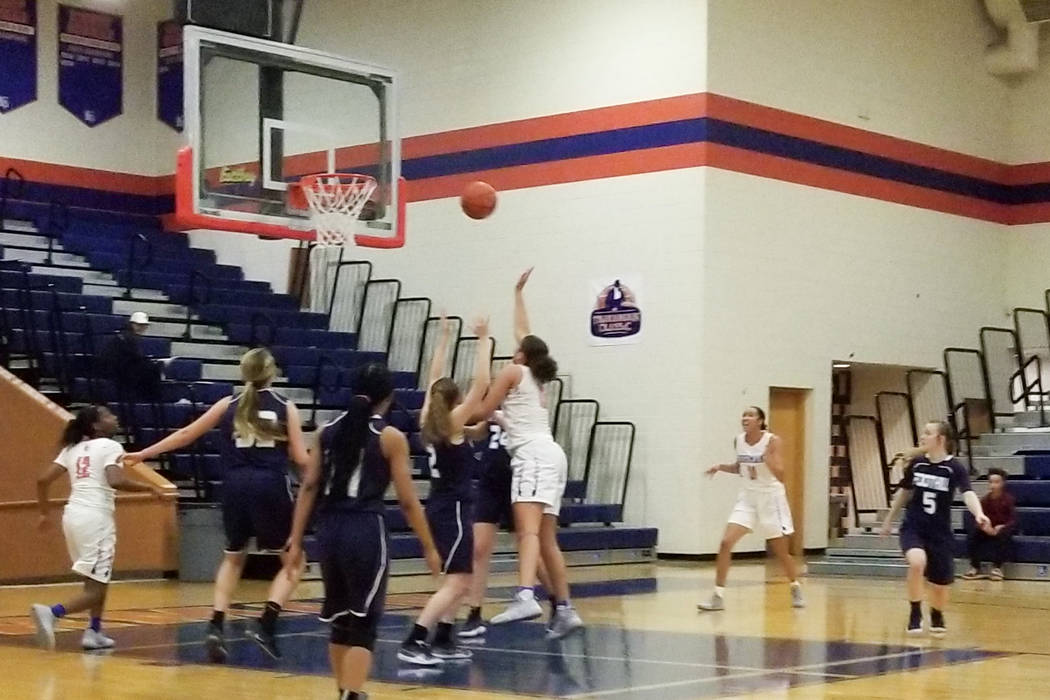 On Thursday, the Gaels showed they also can be a contender in the Desert Region tournament.

Fourth-ranked Gorman opened the game on an 11-0 run and cruised to a 71-43 home win over No. 10 Foothill in a Desert Region quarterfinal.

“This was a statement game for us,” Gorman coach Kevin Nixon said. “We needed to jump on Foothill and let them know and let everybody else know that we’re here and wee’re going to be a force to deal with.”

The Gaels (19-7) scored seven early points off turnovers and led 11-0 after Caira Young’s 3-pointer with 4:53 to go in the first quarter.

Foothill got on the board on a steal and bucket by Aqui Williams with 4:09 to go in the first quarter, but Gorman answered that with an 8-1 run to essentially put the game out of reach.

“(We played with) a lot more fire tonight,” Nixon said. “They were really anticipating this game. We told them from the very beginning, ‘We’ve got to jump on them right away and show them your attitude.’ And they did.”

Bentleigh Hoskins scored 13 of her 23 points in the third quarter as the Gaels pushed their lead to 25 points.

“Dynamite game,” Nixon said of Hoskins. “She took over. And she did it form all angles. She did it in transition, she did it from the 3, she did it from mid-range, pulling up from the free-throw line. She just played a great game. And they were all good shots. She didn’t have to force anything to get the 23 points.”

Young added 14 points, and Olivia Smith had 11 points, nine rebounds and three assists for Gorman, which plays Southeast League champion Liberty (20-5) in the semifinals on Tuesday at Foothill.

“We’re ready,” Nixon said. “We’re building up and we want to continue to get better and better each and every game.”

Maddy Beckham had 13 points and eight rebounds to lead Foothill (14-16).

Liberty 65, Silverado 26 — At Liberty, Olivia Childress scored 13 points to lead the Patriots in a rout of the Skyhawks.

Taysia Tovia added 10 points for Liberty, which started the game on an 18-2 run.

Ahmaya Smith added 12 points for Desert Oasis, which led 31-14 at the half.

Alexis Quaadman added 15 points and 12 rebounds for Spring Valley, which used a 26-10 third-quarter run to erase a 29-22 halftime deficit.

Shelby Clark had 15 points for Green Valley, which finished 12-14.