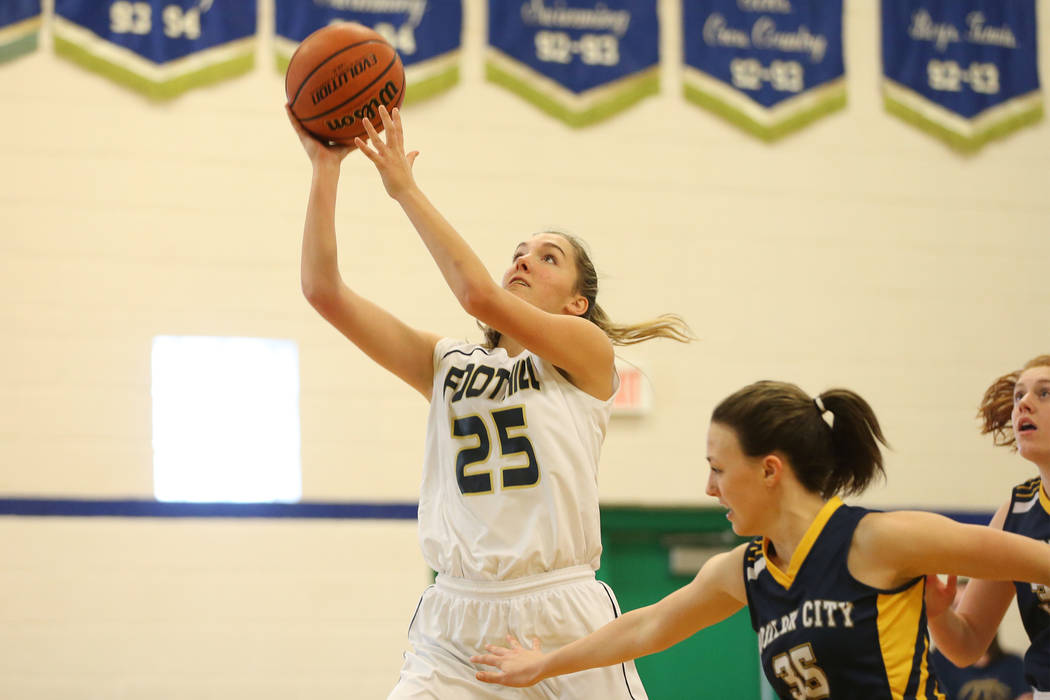 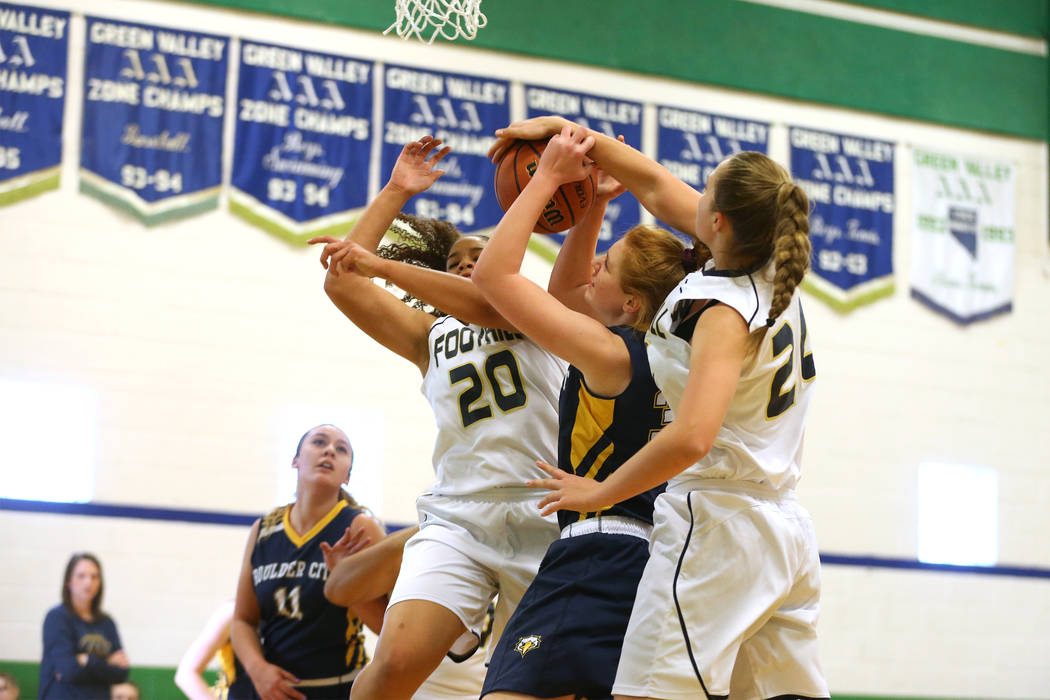 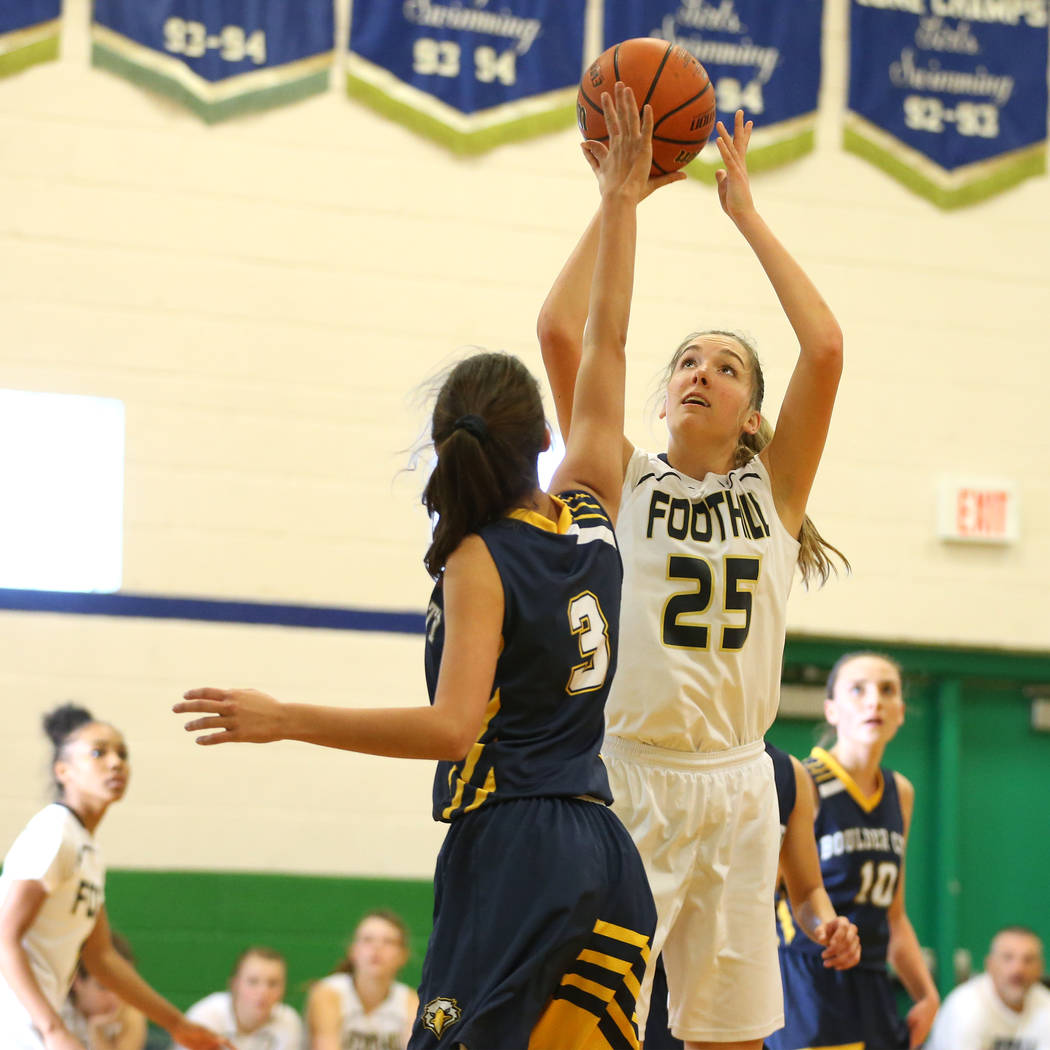 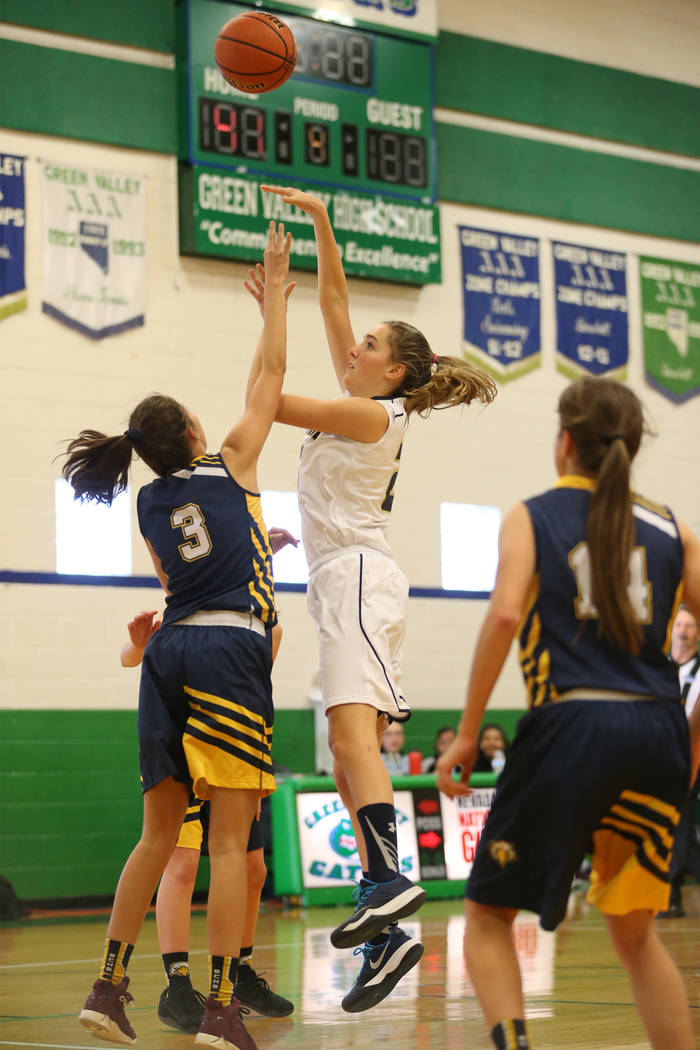 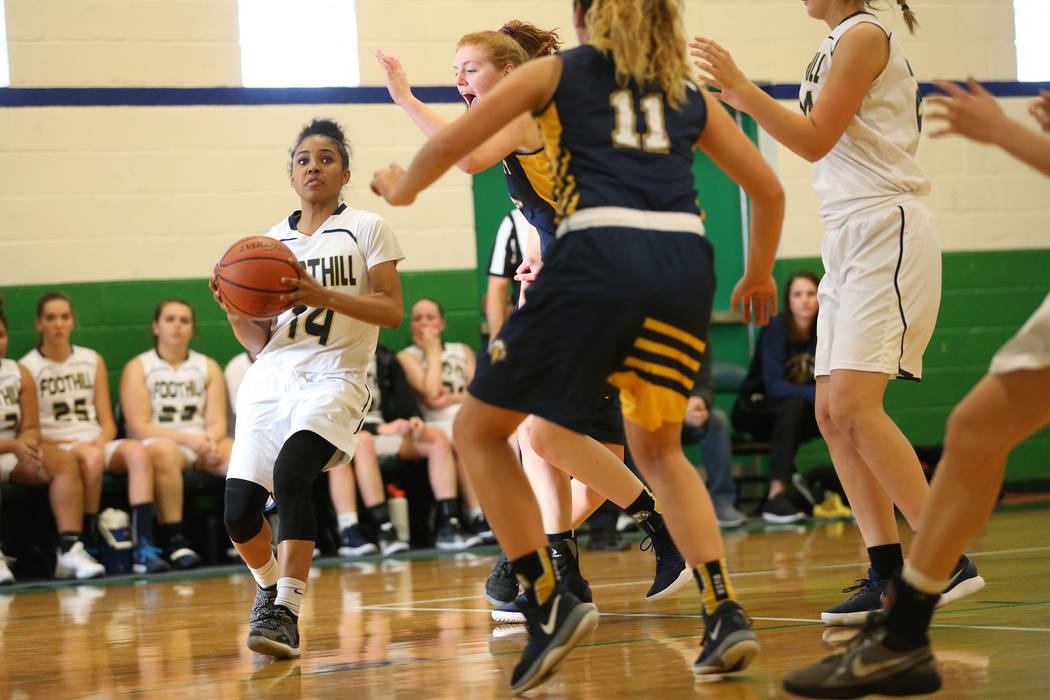 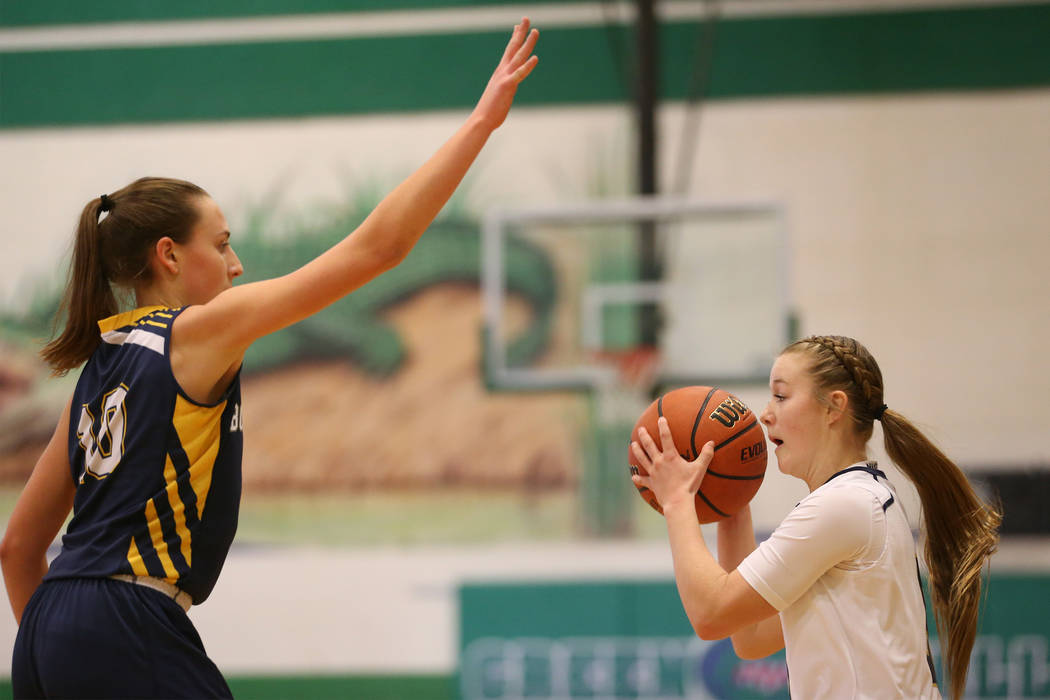 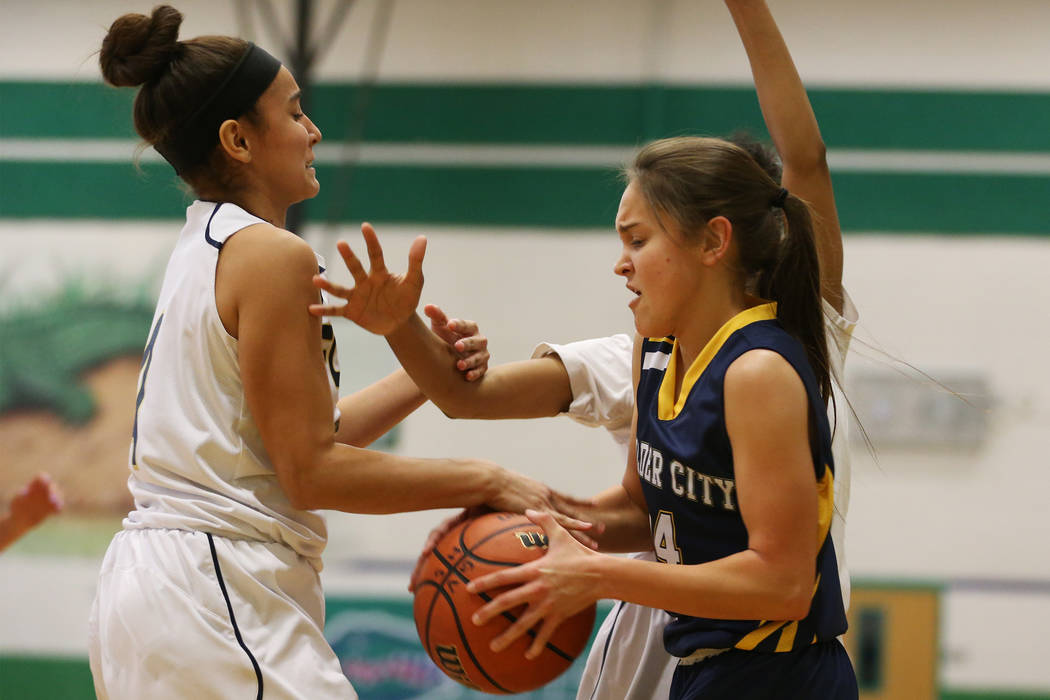 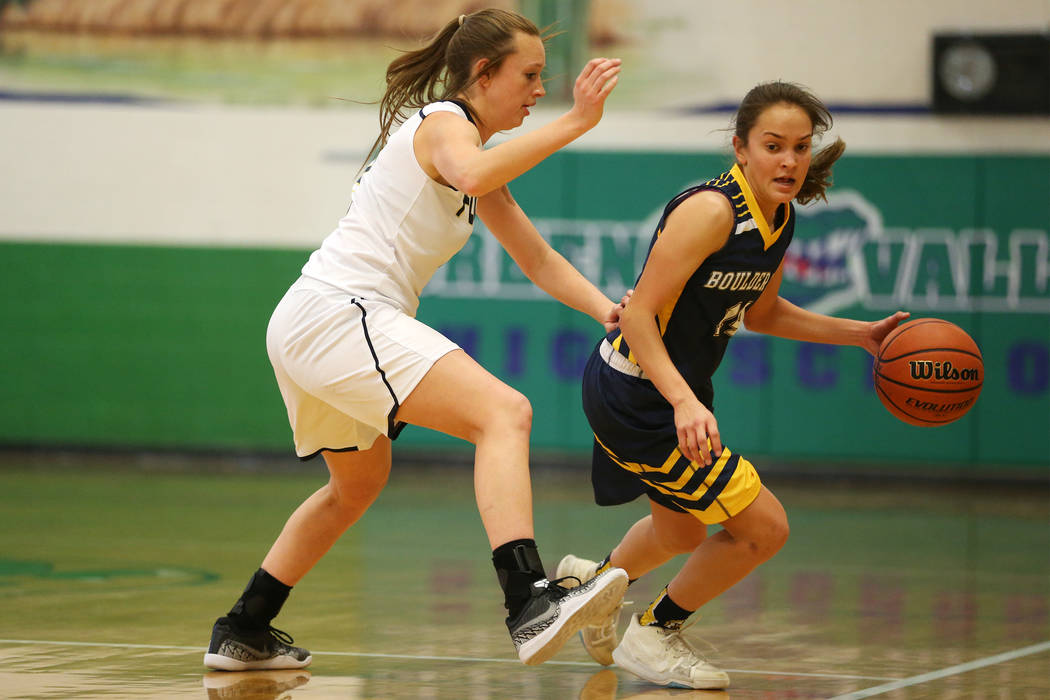 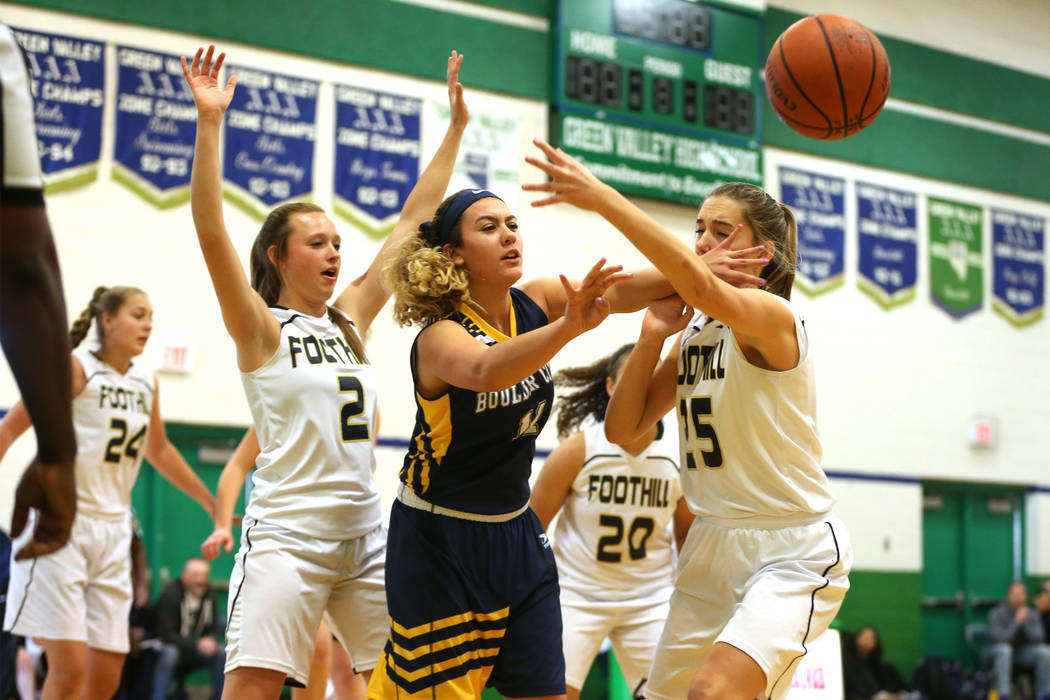 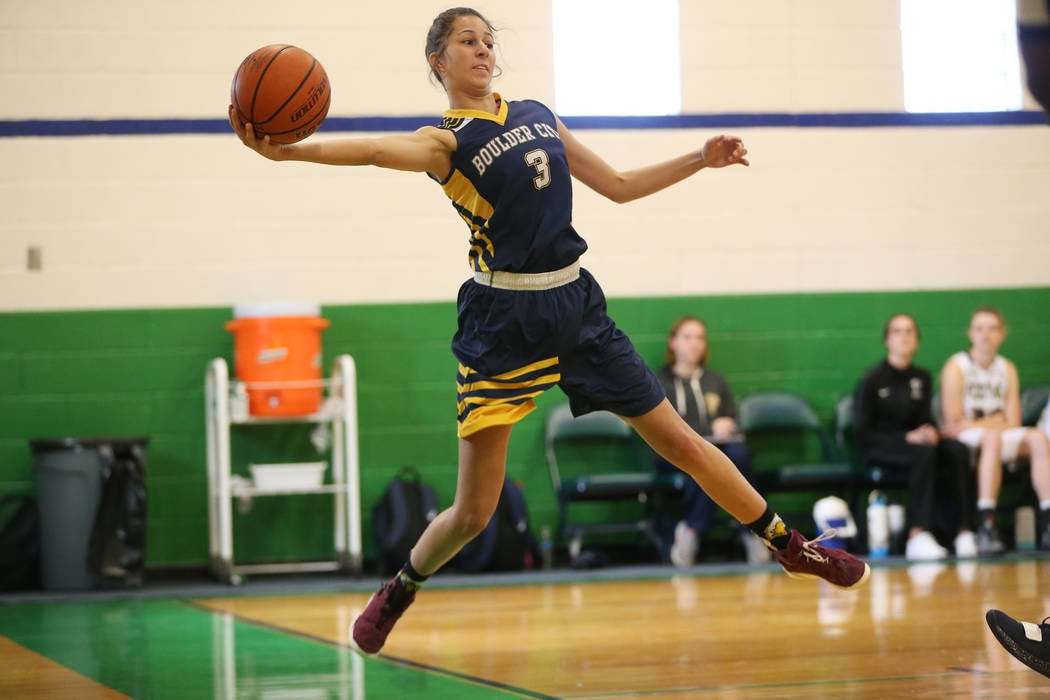 Foothill girls basketball coach Laura Allen is looking for signs of improvement before her team begins league play next week.

She saw plenty of them Wednesday.

The Falcons opened the Gator Winter Classic with a 61-32 win over Silverado in the morning and finished their first day of pool play with a 55-29 victory over Boulder City in the afternoon.

Foothill (10-3) can clinch a berth in the tournament’s diamond bracket with a win Thursday over Dimond (Alaska). Bracket play begins Friday and concludes Saturday.

“We’re really trying to focus on overall team effort, everybody getting involved, moving the ball on offense,” Allen said. “We still have some work to do on our offense, but we played pretty good.”

The Falcons are playing their second tournament in two weeks after a strong showing at Centennial’s Las Vegas Holiday Classic, at which they went 2-2 and played four competitive games.

Foothill blitzed Silverado in the first half en route to a decisive victory, then followed that same formula against Boulder City (5-5). The Falcons employed an up-tempo style and were cohesive in their halfcourt defense to limit the Eagles’ scoring opportunities.

“Our communication is really getting a lot better,” Falcons sophomore Maddy Beckham said after scoring 16 points. “Our defense (is improving), our rotations, our talking.”

Foothill 61, Silverado 23 — Beckham had a game-high 14 points to lead the Falcons past the Skyhawks.

Jailyn Johnson added 10 points for Foothill, which led 30-15 at the break.

Jessica Guzman had 13 points for Silverado.

Moapa Valley 50, Needles 31 — Lainey Cornwall scored 27 points, and the Pirates coasted to a win over the Mustangs.

Durango 44, Virgin Valley 38 — Loring made four 3-pointers and scored a game-high 20 to propel the Trailblazers by the Bulldogs.

Alexis Boatright and Nathalie Lagamayo had 11 points each to lead the Bulldogs.

Spanish Springs 58, Virgin Valley 24 — Jada Townsell had 20 points for the Cougars in their victory over the Bulldogs.

Josephine Faull and Emma Doskicz added seven points each for Flagstaff, which led 20-1 after the first quarter.

Flagstaff (Ariz.) 57, Sunrise Mountain 33 — Edgewater had 19 points, and Nez supplied 18 points to guide the Eagles past the Miners.

Markaila McCurdy had 16 points to lead Sunrise Mountain, which got 10 points from Lavoll.

Spring Valley 54, Tanque Verde (Ariz.) 34 — Ella Zanders had a game-high 14 points to lift the Grizzlies past the Hawks.

Kiana Turenne and Chelsea Camara had seven points apiece for the Spring Valley.

Spring Valley 71, Arbor View 24 — Alexis Quaadman had a game-high 16 points to push the Grizzlies past the Aggies.

Nyeniea John added 11 points for West Anchorage, which outscored the Aggies 38-9 in the second half.

Felicia Ramirez had a game-high 21 points for Caruthers.

Ashley Hansen added seven points for Sierra Vista, which was outscored 26-14 in the second half.

Dimond (Alaska) 61, Silverado 31 — Alissa Pili poured in 25 points to lead the Lynx by the Skyhawks.

Amore Espino and Michelle Lagunas-Monory had eight points apiece for Green Valley, which made four 3-pointers in the first quarter.

Jenna Rotheram added 10 points for Marymount (Calif.), which outscored Las Vegas, 24-12, in the second half.