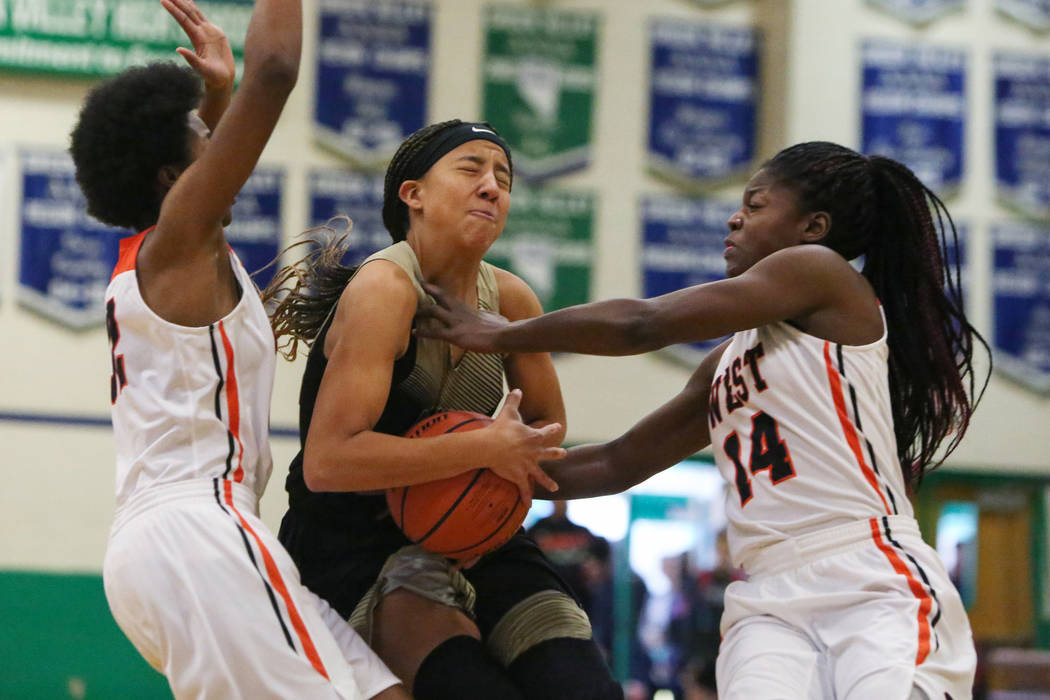 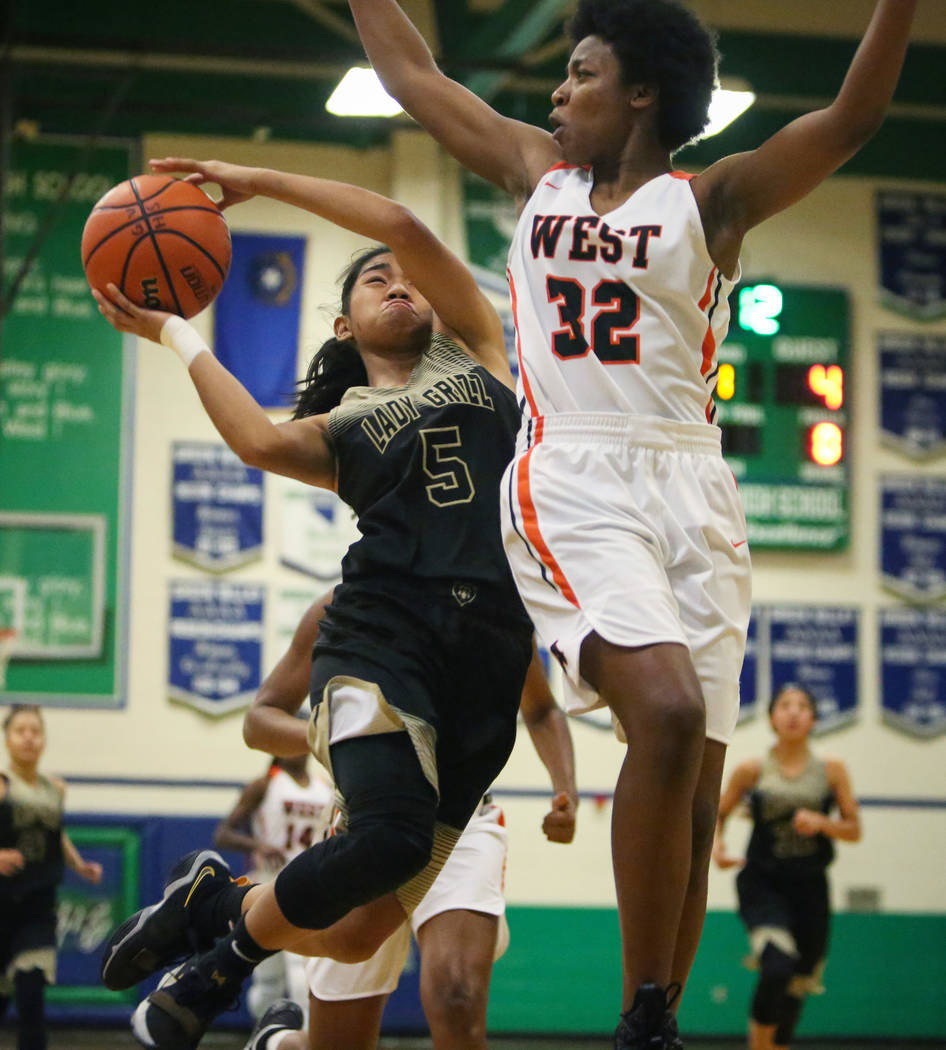 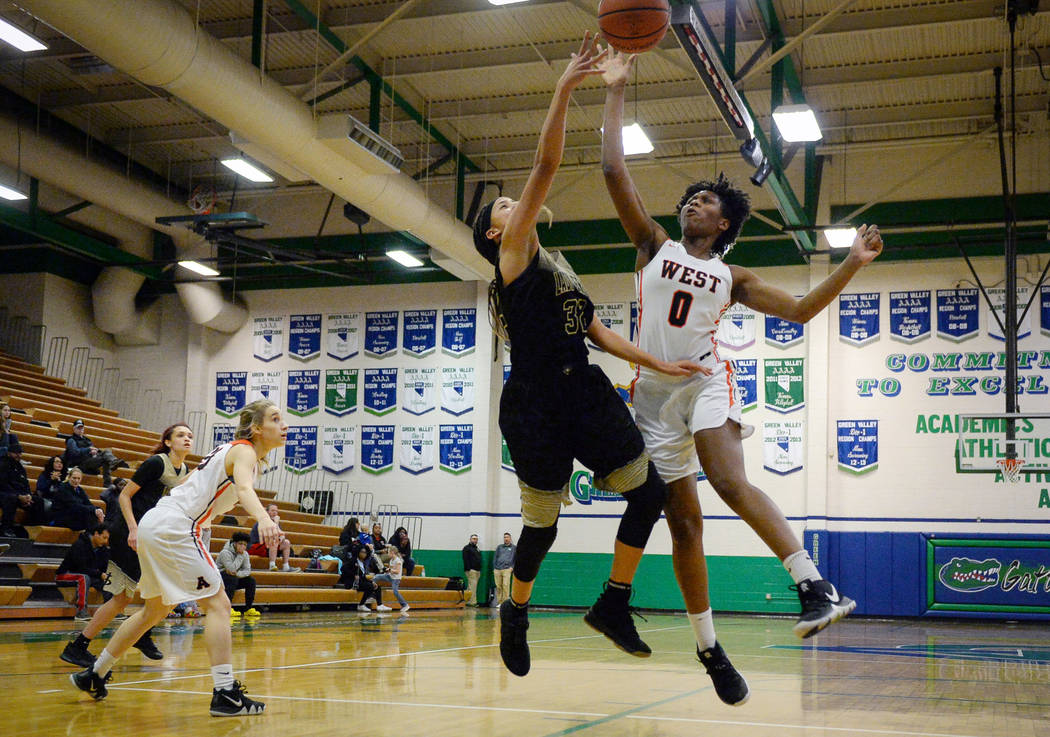 Spring Valley’s Garrisen Freeman (32) and West Anchorage’s Azaria Robinson (0) jump up for the ball during the second half of a basketball game at Green Valley High School in Henderson, Thursday, Jan. 3, 2019. Caroline Brehman/Las Vegas Review-Journal 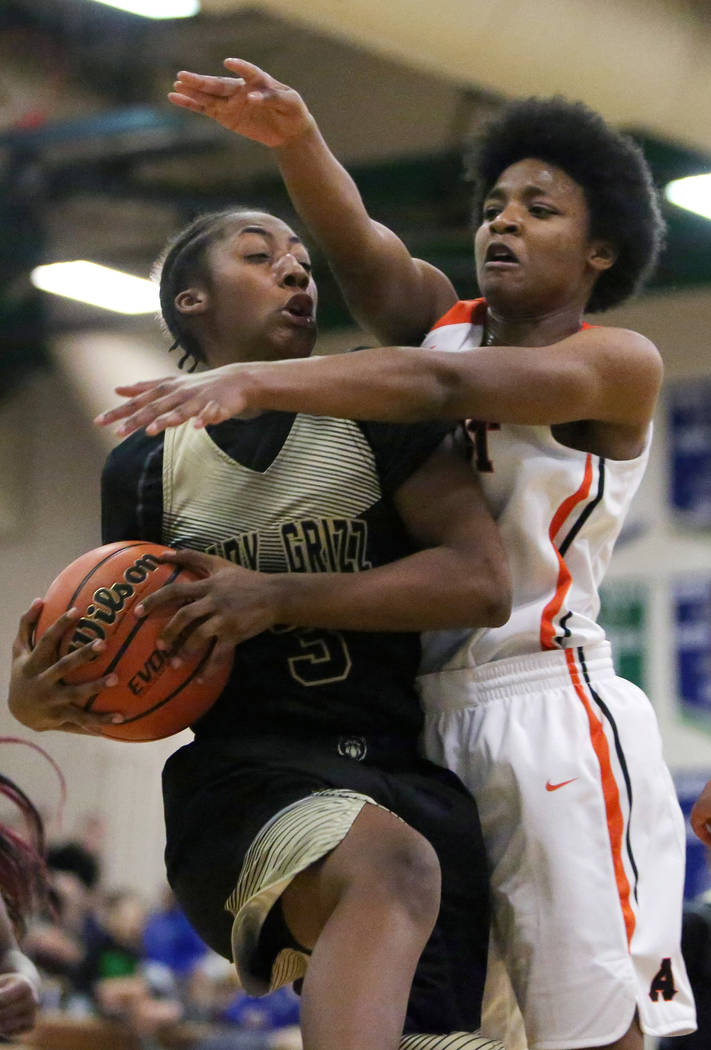 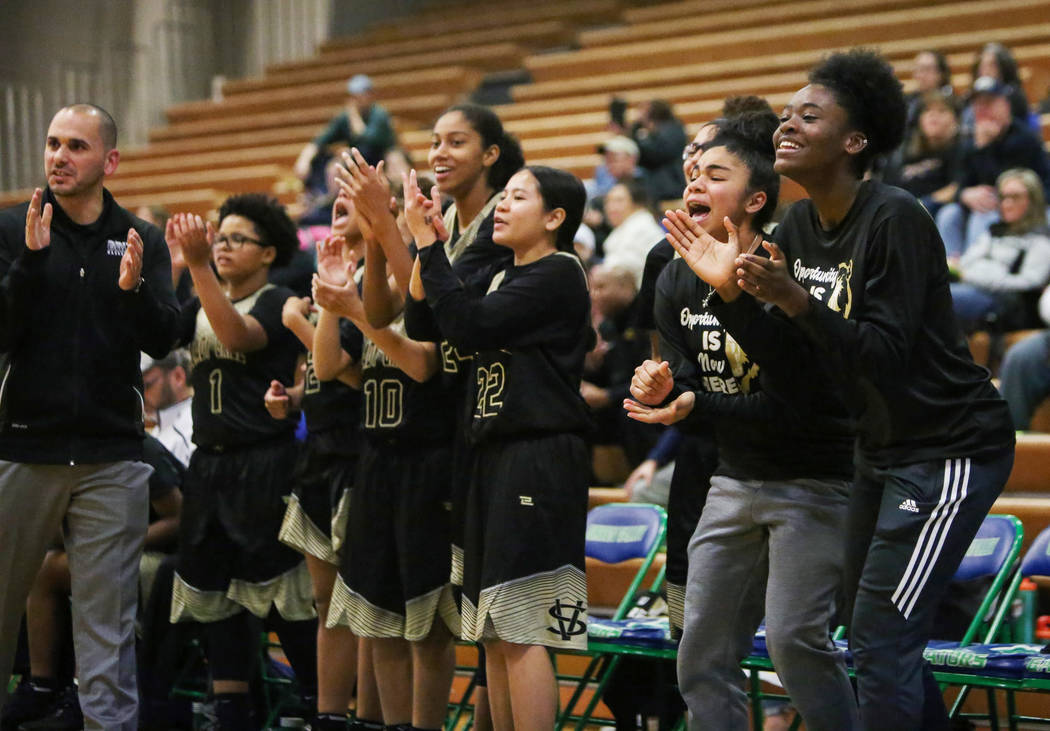 Spring Valley players on the sidelines cheer for their teammates during the second half of a basketball game at Green Valley High School in Henderson, Thursday, Jan. 3, 2019. Caroline Brehman/Las Vegas Review-Journal 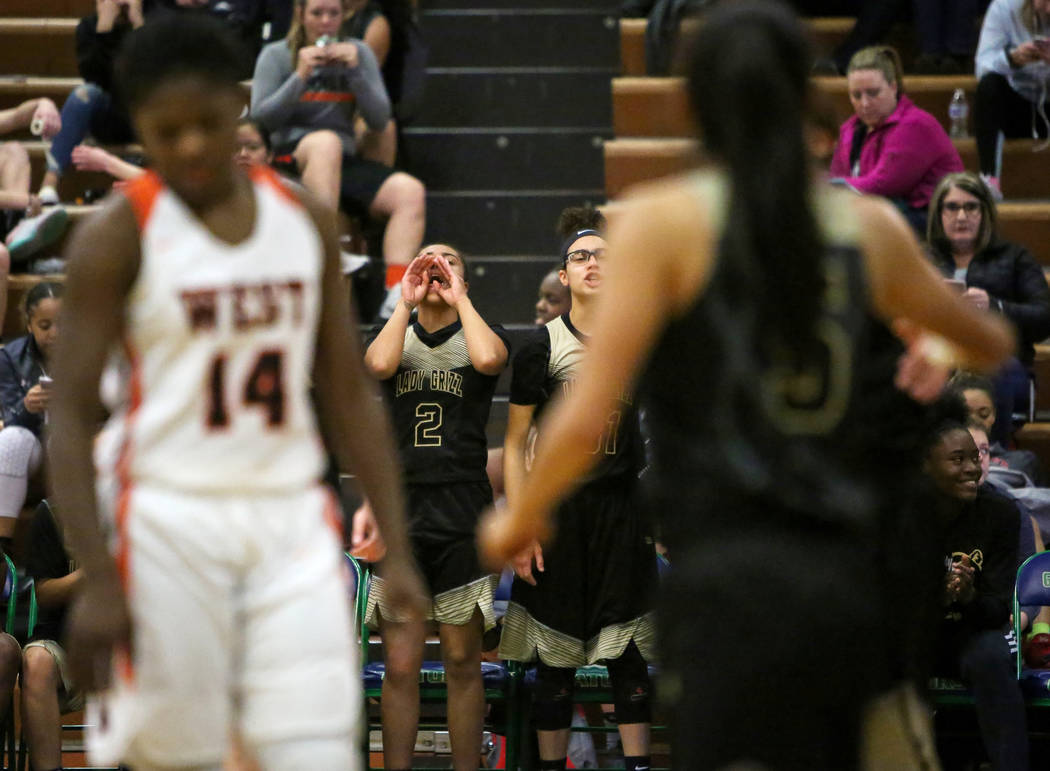 Spring Valley players on the sidelines cheer for their teammates during the second half of a basketball game at Green Valley High School in Henderson, Thursday, Jan. 3, 2019. Caroline Brehman/Las Vegas Review-Journal

No excuses, though, for coach Billy Hemberger.

Spring Valley (7-5) embarked on an 11-2 run midway through the second quarter Thursday and made a series of defensive stops and free throws in the final minutes to secure a 44-40 victory over West Anchorage (Alaska) at Green Valley and a berth in the tournament’s Diamond division.

Bracket play begins Friday, and the defending champions have their sights set on another title.

“We love this tournament. I feel like it’s the best tournament in the city, as far as the way its run, just the variation of teams,” Hemberger said. “It’s a phenomenal tournament, and we always look forward to coming. It’s at the right time, the second part to the season.”

The Grizzlies dropped three of their first five games as they worked to mitigate the departures of Booker (UNR) and Harris (Cochise College), and injuries to sophomore Garrisen Freeman and freshman Aaliyah Gayles.

But Spring Valley has its full complement of players for the Gator Winter Classic and finished 3-0 in pool play by fending off the Eagles, who rolled Thursday to an 18-10 lead behind senior Azaria Robinson.

The 6-foot-2-inch forward patrolled the paint on both ends of the floor, prompting Hemberger to utilize a five-guard lineup that pulled Robinson away from the basket. The Grizzlies found a rhythm and staved off a fourth-quarter rally despite 29 turnovers.

“The beginning of the season isn’t what we expected,” said Grizzlies guard Chelsea Camara, who had a team-high 15 points and seven rebounds. “But we stick together through adversity, and that’s why things are finally changing.”

“We’ve done a good job of weathering the storm against the competition we’ve played,” Hemberger said. “Our best basketball is ahead of us.”

Sierra Vista 49, Pahrump Valley 47 — Shania Johnson-Harper had all 14 of her points in the second half to help the Mountain Lions fend off the Trojans.

Sunrise Mountain 48, Valley 30 — Cheryl Edenfield had 15 points on five 3-pointers for the Miners in their win over the Vikings.

Basic 68, Needles 41 — Jasmine Richardson had a game-high 27 points to help the Wolves knock off the Mustangs.

Marie Mills had a team-high 15 points for Needles.

Rancho 38, Virgin Valley 27 — Saipress Jones scored a game-high 21 points to lead the Rams past the Bulldogs.

Kaitlyn Anderson had a team-high 18 points for Moapa Valley.

Ten other players scored for Fernley, which led 30-8 at halftime.

Santa Margarita (Calif.) 50, Sierra Vista 40 — Helana Friend scored 16 points to help the Eagles knock off the Mountain Lions despite not making a basket in the fourth quarter.

Dimond (Alaska) 60, Boulder City 31 — Alissa Pili scored 25 points to lead the Lynx to a decisive victory over the Eagles.

Ariyanna Carracho-Villafuerte had 12 points for Dimond.

Boulder City 34, Silverado 31 — At Silverado, Alexander had 14 points as the Eagles edged the Skyhawks.

Setia Cox added nine points for Boulder City, which led 15-6 after one quarter.

Jessica Guzman had nine points to lead Silverado. The Skyhawks made 10 baskets, nine of which were 3-pointers.

Spanish Springs 44, Durango 15 — Mariah Barraza scored a game-high 13 points for Cougars, and Jade Townsell added 12 points in their win over the Trailblazers.

McFarland (Calif.) 58, Las Vegas 25 — Neli Diaz had a game-high 30 points to lead the Cougars past the Wildcats.

Las Vegas played the majority of the game with four players after a bench-clearing skirmish led to several ejections.

Tanque Verde (Ariz.) 53, Arbor View 51 — Christian Cullinan scored 11 points, and Emma Wall had 10 points for the Hawks in their overtime win over the Aggies.

Dimond (Alaska) 34, Foothill 25 — Pili scored 19 points to lead the Lynx past the Falcons.

Yale (Canada) 55, Pahrump Valley 42 — Samantha Runnion scored 10 points for the Trojans in their loss to Yale.