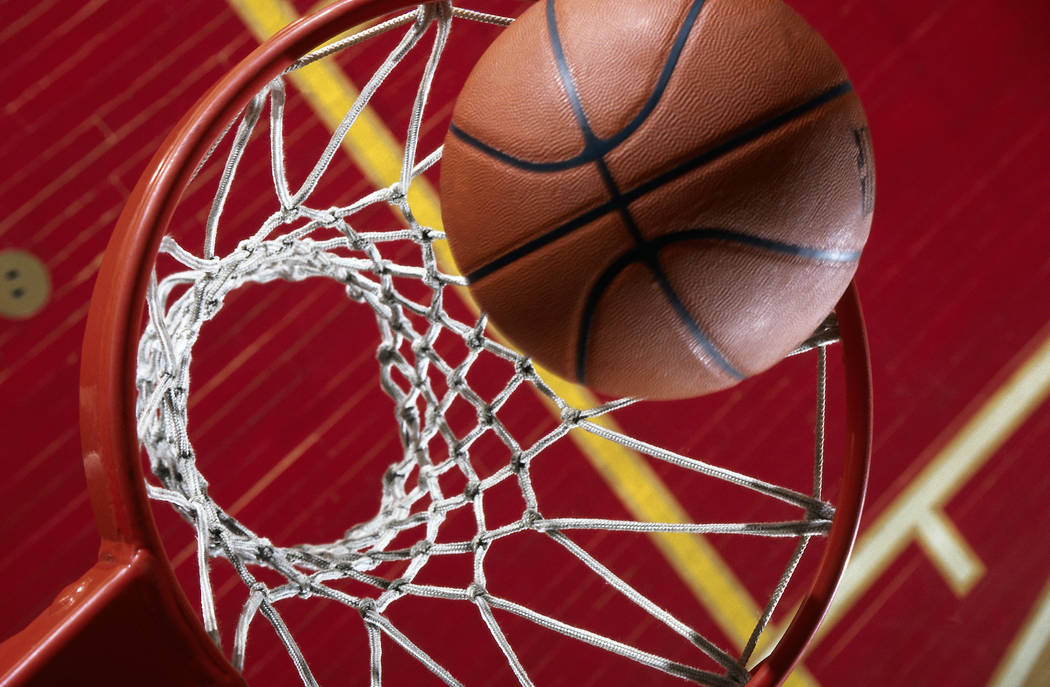 He was awfully proud of his team’s victory Friday night, too.

The host Gators (6-8) overcame a slow start to score a 50-44 victory over Spanish Springs in the diamond division quarterfinals. They’ll play Dimond (Alaska) on Saturday morning in the tournament semifinals.

The championship game is Saturday at 5 p.m.

“It’s cool to be (in the top bracket),” White said. “But its five times cooler when you win. … They know what it means to really fight for a win. Here at home in their tournament, we want to prove that we’re a good team and that we’re better than last year. We’re stepping up and doing that now.”

The Gators struggled to find their flow in the first half against Spanish Springs’ 2-3 zone defense. But a spirited defensive effort in the third quarter helped Green Valley unlock its transition offense and build a double-digit lead.

Julia Clark posted a game-high 16 points and seven rebounds for the Gators, and Michelle Lagunas-Monroy had 10 points. Green Valley’s Rian Anderson came off the bench to grab a game-high 12 rebounds.

“It took us a while earlier in the game to be able to run things the right way,” White said. “Finally at halftime and toward the end of the third, that’s when they started communicating. We really executed well.”

Spring Valley 58, McFarland (Calif.) 34 — Rory Carter scored a game-high 14 points to help the Grizzlies knock off the Cougars in the diamond division.

Alexus Quaadman added eight points for Spring Valley, which led 31-20 at the half.

Julie Hernandez had 11 points for MacFarland.

West Anchorage (Alaska) 64, Moapa Valley 41 — Azaria Robinson had a game-high 23 points to help the Eagles knock off the Pirates in the gold division.

Caruthers (Calif.) 56, Rancho 31 — Jaque Magana had 17 points, and Jacklyn Kulow scored 10 for the Blue Raiders in their win over the Rams in gold division play.

Foothill 51, Fernley 29 — Ryan Jenkins had a game-high 16 points for the Falcons to help them knock off the Vaqueros in the gold division.

Maddie Beckham supplied 11 points for Foothill, which trailed by a point after the first quarter.

Boulder City 46, Sunrise Mountain 41 — Setia Cox scored a game-high 14 points for the Eagles in a win over the Miners in silver division play.

Tanque Verde (Ariz.) 50, Basic 41 — Emma Morris scored 16 points to help the Hawks knock off the Wolves in the silver division.

Antioch (Calif.) 48, Durango 23 — Shadae Williams had 12 points to lead the Panthers to a win over the Trailblazers in the silver division.

Alexis Hansen added nine points for Sierra Vista, which led 30-11 at the half.

Virgin Valley 34, Valley 28 — Nathalie Lagamayo posted a game-high 14 points to lead the Bulldogs past the Vikings in the bronze division.

Layla Jackson had 11 points for Valley.

Pahrump Valley 37, Fullerton (Calif.) 25 — The Trojans used a 13-1 second-quarter run to knock off the Indians in bronze division play.

Needles 43, Arbor View 48 — Valentina Limon scored a game-high 19 points to help the Mustangs knock off the Aggies in the bronze division.

Moapa Valley 51, Basic 34 — Anderson had a game-high 22 points for the Pirates in their win over the Wolves in the pool play finale.

Cornwall added 11 points for Moapa Valley, which led 30-24 at the break.

Siera McLean had a team-high 14 points for Basic.

Chugiak (Alaska) 56, Needles 30 — Chasity Seldon scored 16 points and Arianna Lewis had 12 points for Chugiak in its win over Needles in the pool play finale.