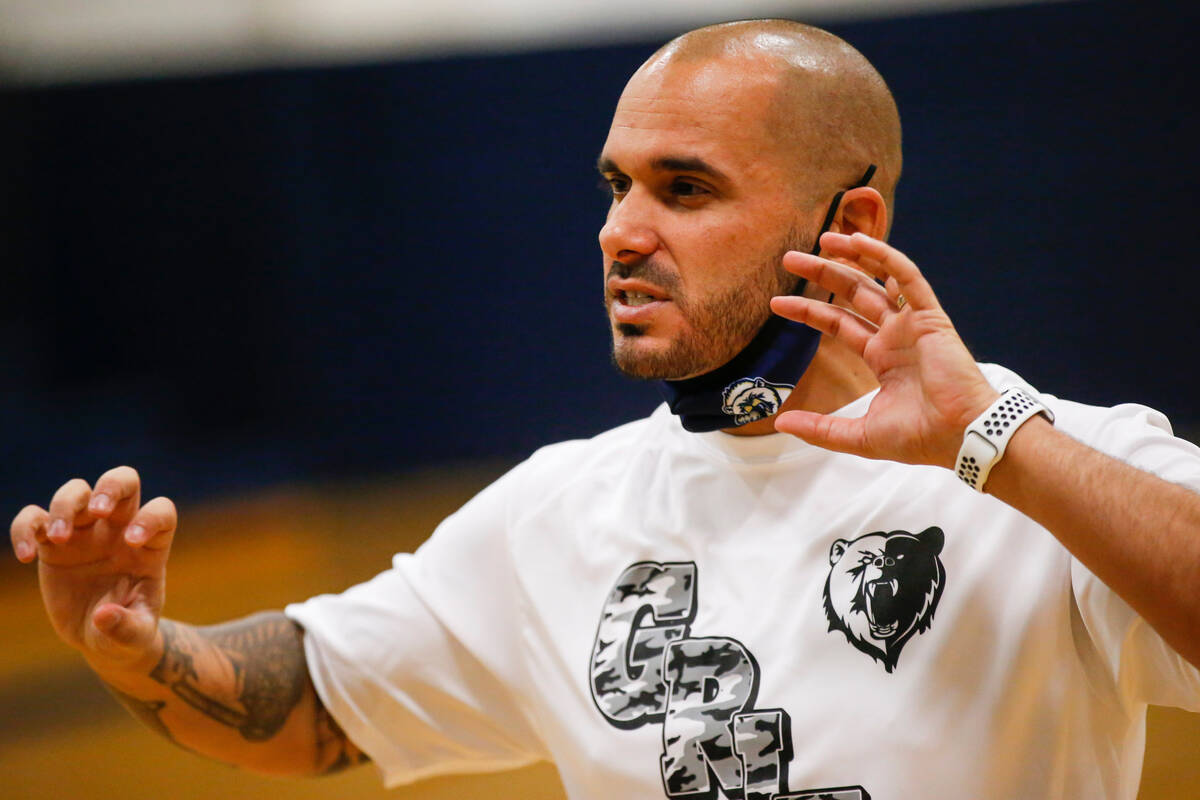 New Liberty girls basketball coach Billy Hemberger admitted there were some “awkward moments” when discussing the end of last season.

The Patriots lost 77-75 in double overtime in last year’s Class 5A Southern Region semifinals to Spring Valley, where Hemberger coached at the time.

Hemberger decided after the end of last season to join Liberty to lead its girls basketball program. He told his new players of the respect he had for Liberty after battling with the Patriots as Spring Valley’s coach, and he said the awkwardness was quickly smoothed over.

“The whole thing has been a really nice transition,” Hemberger said. “I’m excited to hopefully help them push into that next level and make it elite.”

The high school basketball season begins this week with teams across Southern Nevada participating in a full slate of games. The Patriots begin their season Tuesday night against reigning Class 4A state champion Clark.

One thing that Hemberger said has helped with his transition comes from his time scouting the Patriots at Spring Valley.

The Patriots bring back three of their top four scorers from last year’s team. Hemberger said the goal is to have the Patriots hitting on all cylinders by February, when they will have to go through Centennial for the 5A title.

Centennial coach Karen Weitz will be leading the boys and girls teams at Centennial, but the Bulldogs are still the heavy favorites to claim their eighth straight state title.

Hemberger said that while Centennial has set the standard for girls basketball in the city, the Patriots need to focus on themselves.

In 4A, Clark enters as the reigning state champion, but the Chargers graduated eight seniors off last year’s team that went 17-3.

Terry averaged 18 points and 12 rebounds per game last season and is expected to lead a Wildcats team that should challenge for the 4A title, along with Desert Pines, which fell to Las Vegas in last year’s state semifinals.